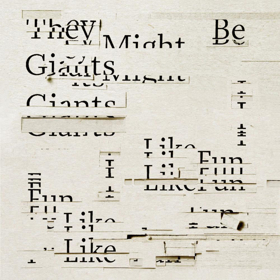 An unstoppable musical force who has released captivatingly catchy tunes since 1986, iconic pop rock band They Might Be Giants has been an integral part of my lifelong personal soundtrack. From singing along to their “Mickey Mouse Clubhouse” theme song when watching television as a kid, using “Istanbul” in sixth grade history class to learn about other countries, to songs like “Birdhouse in Your Soul” and “Dinner Bell” being played in the car on annual family beach trips, their art colors almost every brushstroke on my musical canvas. This band taught me that music can be different; it can be quirky and weird, and most of all, fun. That’s what I love so much about their newest album, I Like Fun, set for release on January 19th–they stay true to their roots while they embrace the fun, on an entirely new level.

I Like Fun is the perfect title, as this album features many upbeat tunes and joyfully played instruments. The best part, though, is that TMBG maintains their signature sense of lyrical irony that always adds depth and humor to their songs. A shining example of this is album track “By The Time You Get This”; frontman John Flansburg sings “by the time you get this note, we’ll no longer be alive.” His upbeat vocal delivery makes the darkest words seem bright, and the band’s energy virtually radiates from the speakers. From cover to cover, there is no misstep on I Like Fun.

[Purchase I LIke Fun, set for release on January 19th, HERE.]

[This review was crafted by Eo8’s own Maggie Kimbro.]