There is a rawness that puts the ‘indie’ in indie rock.  I look for a certain grittiness both musically and lyrically; there must be more than just a stage presence—more of a stage attitude that binds audience with band, both locked in the passion for pure rock music. Sometimes, even for seasoned indie rockers, it is hard for the band to capture that garage-fueled, underdog inspired, in-your-face style and replicate it on the road each night. In concert at Nashville’s Mercy Lounge, The Districts put on a show that reaffirmed my faith that there are  still indie-rock bands wielding a heart-pounding punch.

Starting with an over the top introduction from their tour opener, Sunseeker, bouncing in a pre-show huddle of band members, and matched with the equally over the top “Sandstorm” by Darude pumping from the speakers, the band ran onto the stage. Even with the roar of the waiting crowd, it was hard to tell whether the band or its fans were more hyped for the show. As the squeal of electric guitar took the place of the pre-recorded electronica, the room was teeming with energy. Guitar squeal gave way to the building, anthemic drive of “If Before I Wake,” and the crowd exploded into a frenzy as frontman Rob Grote whipped around the stage. Thundering guitar, pleading and cascading vocals, ass-kicking drums—these ruled the night as the band thrashed around the stage.

Over the driving music, the evening was filled with oft-sad, frequently contemplative lyrics. “We need to put it on the agenda to make some happier songs,” Grote told the crowd. Around the room, friends locked arms, others swayed, many had hands raised in the air—clearly everyone was okay with a celebrating a little sadness. If you are familiar with their albums, you know The Districts aren’t afraid to let their guitars loose and let a bit of growling angst bleed through the vocals. While you may have heard the band’s works on albums, you haven’t felt their music until seeing them in concert. It would be nearly impossible to have missed the live recording of “Funeral Beds” that initially propelled the group into viral status. However, the song takes on a different energy with a crowd flowing back from the stage, with eyes closed, hands raised, swaying with the rolling musical current, lost in the music. Likewise, “Ordinary Day” was transformed into an epic, foot-stomping fury of a jam session, as the Mercy Lounge crowd shouted every word along with the band’s mournful vocal wail. With a masterful build, from rambling guitar and dreamy synth, to a collision of guitar, drums, and howling vocals, the show closer “Young Blood” threw the audience into fits of pure rock ecstasy. Either these songs were designed to be heard live or it’s a remarkable stroke of fortuitousness.

As I exited the club, I was struck by how refreshing it was to hear an indie rock band that actually sounds like an indie rock band. The Districts have their own style and haven’t bowed down to the various flavors of the month that have so diluted, and frankly polluted, the genre.  While watching The Districts play and their fans revel at Mercy Lounge, there was never a moment’s doubt that you were at a pulse raising, bass rattling—and most importantly, delightfully raw–rock concert. 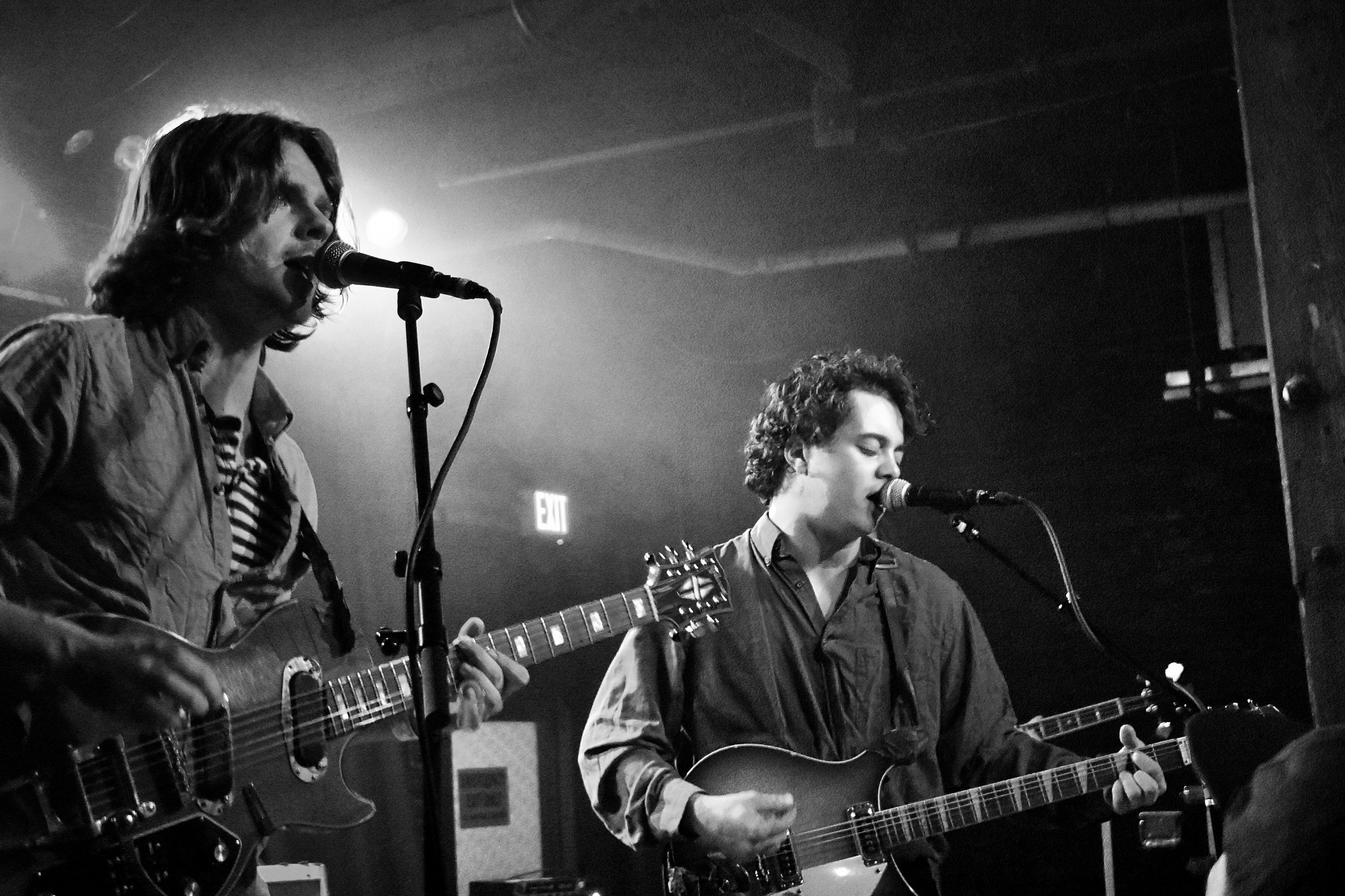 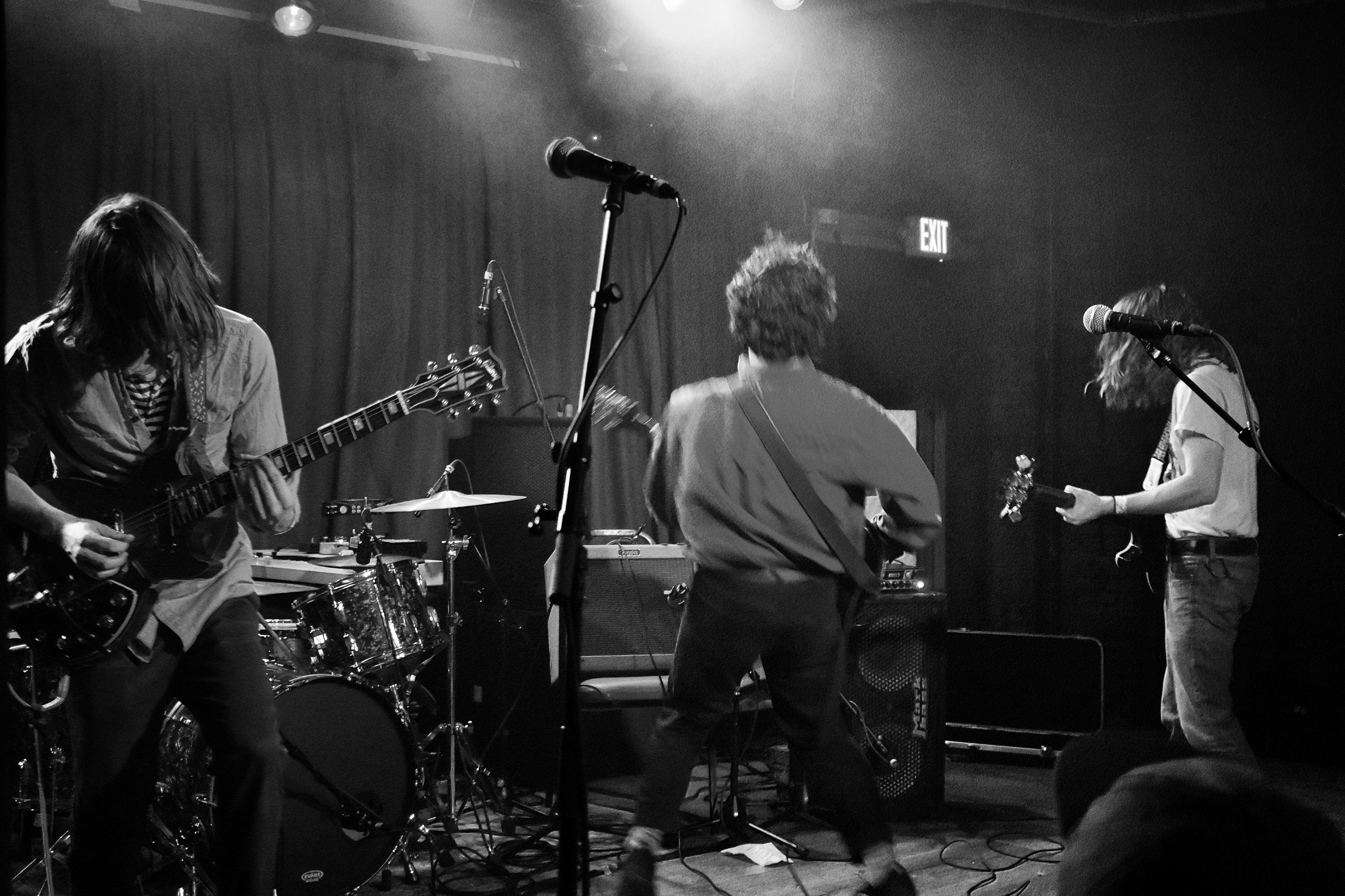 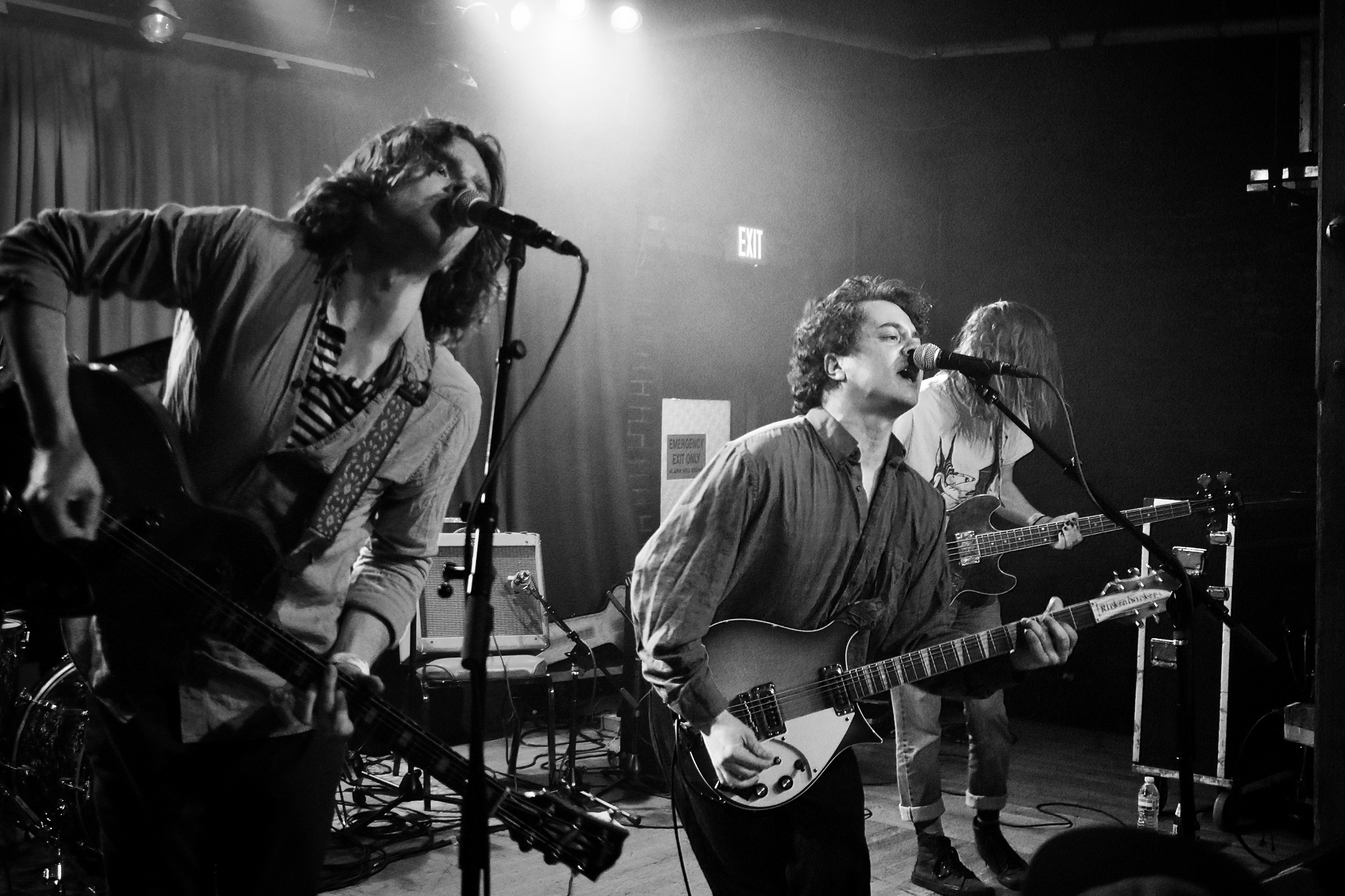 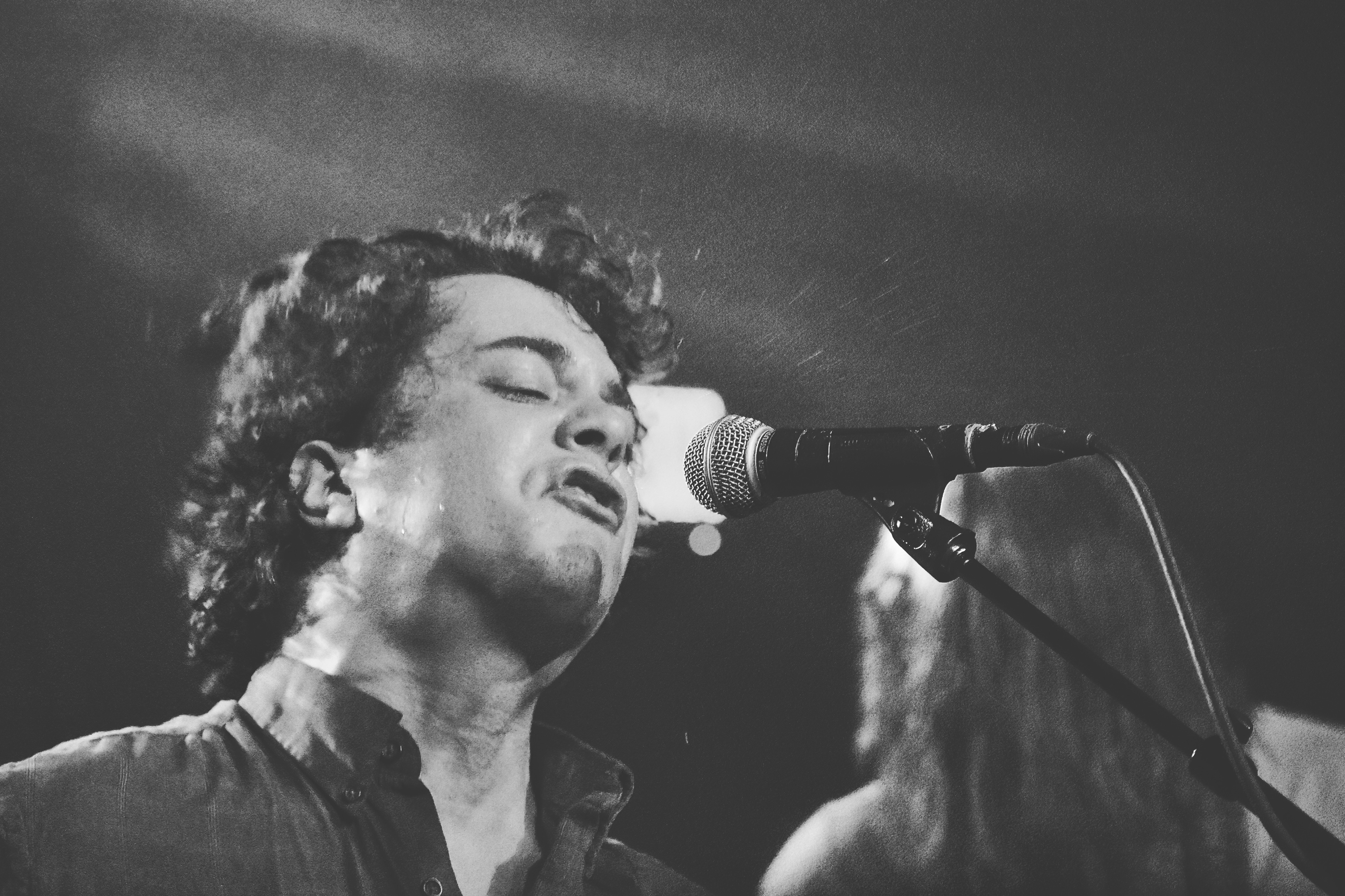 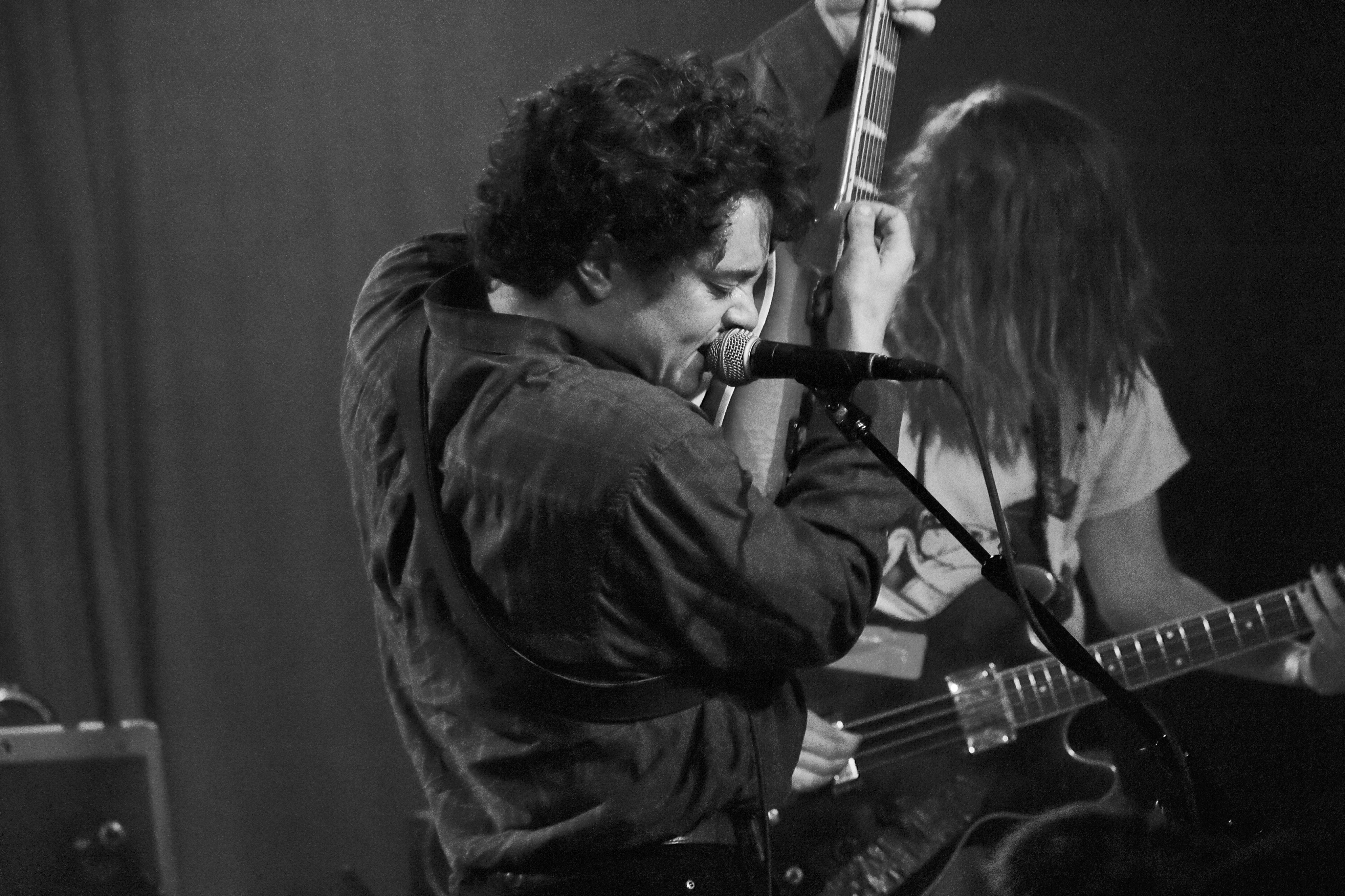 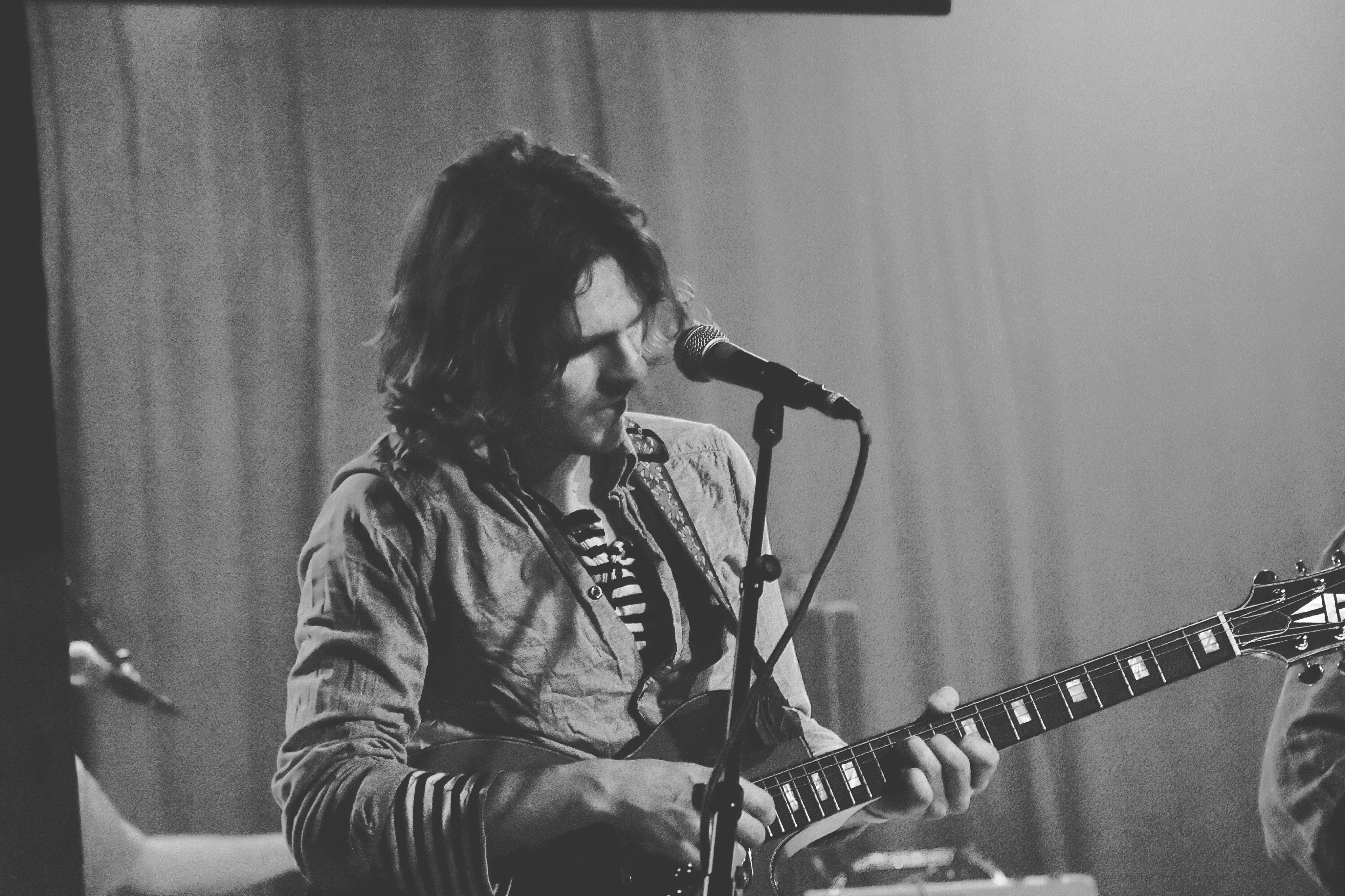 [This fantastic coverage was provided by Eo8’s own indie aficionado, George Maifair.]