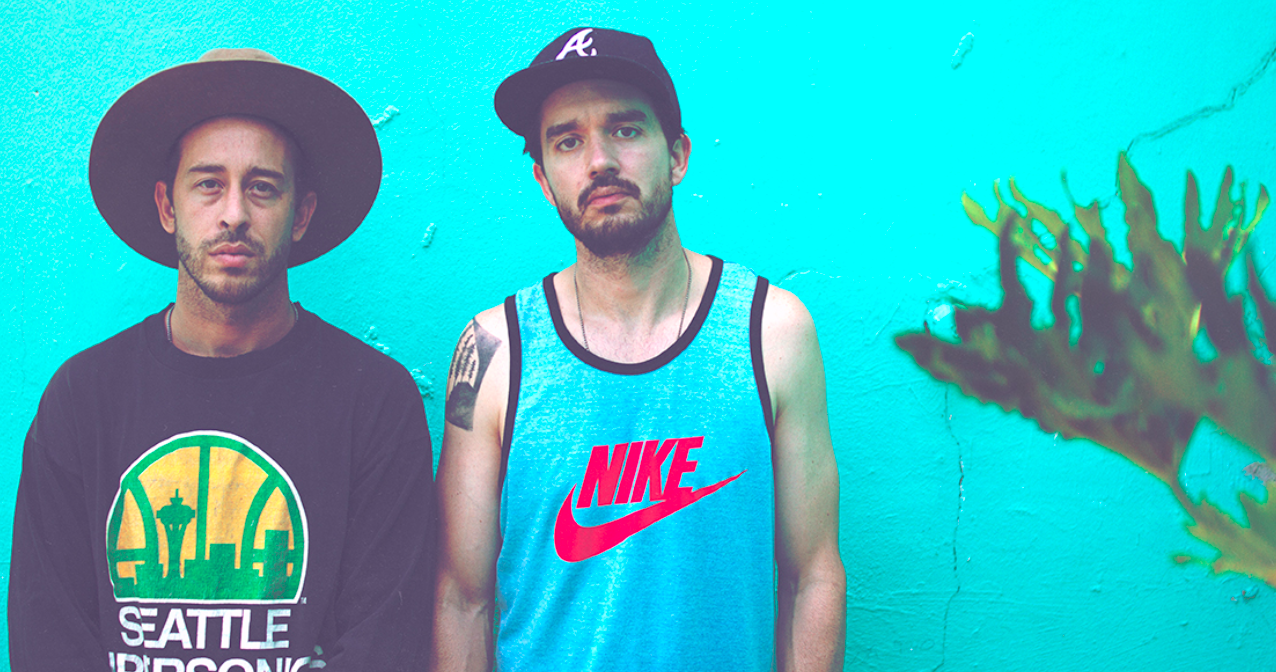 Sanders Bohlke, the Virginia-based Mississippi native, dad of three, and one of the most creative folks we know, has been refining his musical palate. “I listen to a lot of kids music these days,” he reveals with a laugh. “It’s funny how when you first hear some of it, you’re like, ‘Man, is this really what y’all want to listen to?’ And then, after a few times you’re like ‘Yeah! Let’s listen to that Trolls soundtrack!’ or ‘’Wheels On The Bus’? Let’s do it!’”

Bohlke has teamed up with his longtime drummer Brad Odum, to form new band Rookie Season; the pair recently released Collide, an album filled with R&B grooviness, and have their sights set onto no less than total world domination. “It was a strange thing,” Bohlke recalls. “Brad has been my drummer for a long time, and we only ever spent time working on my music. I wasn’t doing anything at the time, and he reached out and said ‘Let’s try to write together, who cares what it is.’ We started writing a bunch of stuff, and it was in a totally different direction. It was still soulful, but it was straight up R&B, I’ve always loved R&B,” he adds. “Initially, we just wanted to see if we could get some film and t.v. placements, we never intended to put out a record. Then, when we really dove in, it was sounding good, and we decided to cut a record.”

The duo joined forces with Nashville-based producer and friend Konrad Snyder and cut the band’s first two singles—but remember, we’re talking world domination, and music is only one part of the grand plan. “When we were getting started, I also had this idea to start a magazine/fashion line,” Bohlke continues. “I’m a graphic designer by trade, and there are a lot of things I like to do artistically. Being a musician full time is what I want to do, but there are all these other things I love to do that I feel like I’m good at. I wanted to create a line of street wear called Rookie Season. It just all fell in line. We wanted to make Rookie Season different; we wanted to find a unique angle, but music is at the forefront leading the charge. It’s a way to do all the things I love, all in one spot.” The band’s merch doesn’t look like typical band merch. “We wanted to make it cooler than normal band merch,” he levels. “If someone saw a shirt, people aren’t going to say, ‘Oh, what band is that?’ They’re going to say ‘Oh, what brand is that?’ Hopefully, it’s something people would want to wear even if they hate our music,” he laughs. “We’re making what we like, and now we have an excuse to do it. We want to get what we create into the world using all these different avenues.”

Rookie Season has also released new videos—“Got A Feelin’,” recorded at Trace Horse Studio in Nashville, and “Backtalker,” an amazing claymation video featuring renderings of the band created by AZXD and directed by Azod Abedikichi. “It was wild,” says Bohlke of seeing himself as a claymation character. “He really nailed the bags under my eyes. He’s a really good friend of mine; he sees me all the time and knows me really well—the chronic no sleep, bags, and dark circles. I just have to go with it,” he alughs. “I should be offended, but he nailed it.”

2 thoughts on “AN EXCLUSIVE INTERVIEW with ROOKIE SEASON”