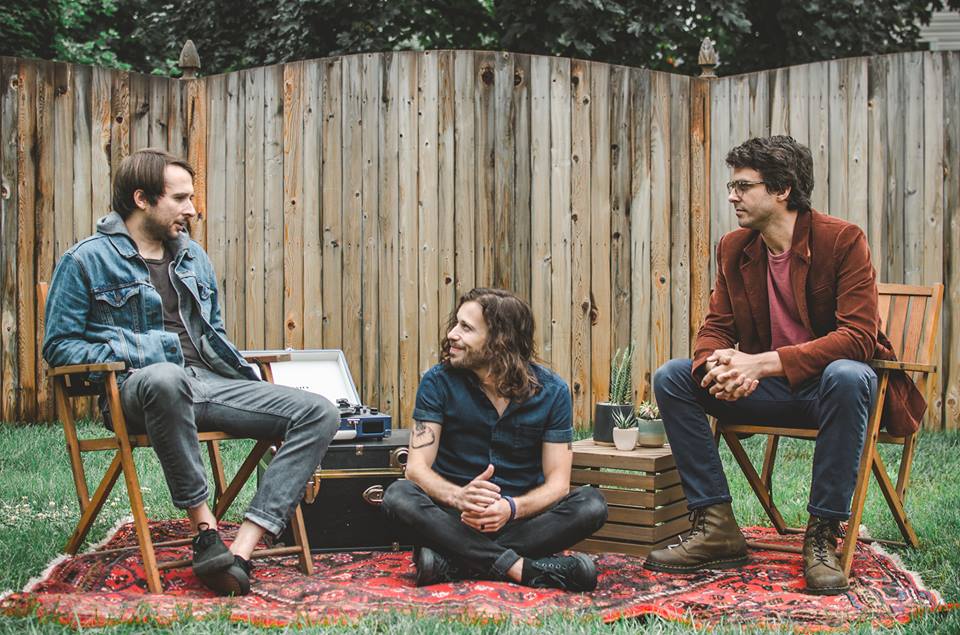 “When there’s creativity in the air, it breeds more creativity. We caught that wave I think, and we found each other and a sound. There’s a ton of great music coming out of this town. We’re so much more musically talented than Nashville, it’s crazy,” laughs Tim Arnold, one-third of folk rock trio Good Old War, of the band’s hometown of Philadelphia. Good Old War recently released Part Of Me, the first of a succession of three EPs, and are on tour to celebrate. Their travels will bring the band to the Music City for a headlining show at The High Watt on Friday, October 20th.  “Nashville is a great stop. I feel like we get a great reaction from the crowd there. I went to rehab in Nashville!” he adds. “The crowd claps on beat and everything! I love the South.”

Good Old War has been making their head-bobbing, heartstring-tugging brand of music for almost a decade, but after a rough patch, the band is back, better than ever. “Our lives are the inspiration for any of our songs,” Arnold explains. “I personally put the band through a lot. I’m a recovering heroin addict and I kind of like tortured them for a long time with them being like ‘Please stop,’ and me being like ‘Ok,’ and then not stopping. It’s been a hard road; I left the band for a couple of years,” he says. “They did a record without me, while I continued to do drugs. I’d try to stop, but I was really bad at it. Eventually, I went to rehab and got clean. It’s been about two years. We finally got together, and it was fresh, like we were young again. A lot of the songs written for the last record were kind of ‘Fuck you, Tim,’ or like a sense of frustration with how things were going in the band. A lot of that was my fault, and I’m okay with that. I think that’s a big part of this record, it’s a sigh of relief, relaxing, and just having fun,” he continues. “We’re writing about love again, being Good Old War instead of being tense.”

Arnold also credits the band’s healthier lifestyle on the whole for Good Old War’s renewed sense of creativity and their ability to keep doing what they love most. “Every time we write something new, it’s a good feeling. It’s a breath of fresh air,” Arnold To stay fresh on tour, this will sound dorky, but not partying is huge. Three years ago, I would’ve been like ‘Fuck you! I’m gonna party! You can’t tell me what to do!’ But now, I feel so great all the time. I like kombucha, and all that hippie crap,” he laughs. “Exercising keeps you in a good head space. We play a lot and stay healthy, and that helps us maintain a good relationship and rapport with each other, and it keeps us playing well,” he adds. “Being healthy may sound lame, but it’s really the key.”

While the group had plenty of material for a full-length record, Arnold says they wanted to, as always, do something a little different. The releases will be staggered at four months apart, and available online. After the third comes out, they are considering a vinyl release which houses all three EPs. “We thought it would be cool to have content coming out all year long, and not just once in a year,” he says. “Our record would come out, and people would be like ‘Yay!’ Then a week later, they’d be like, ‘Oh there’s a new thing. Yay!’ Not that we were necessarily forgotten, but the excitement goes away,” he continues. “We want to maintain maximum excitement all year long.”