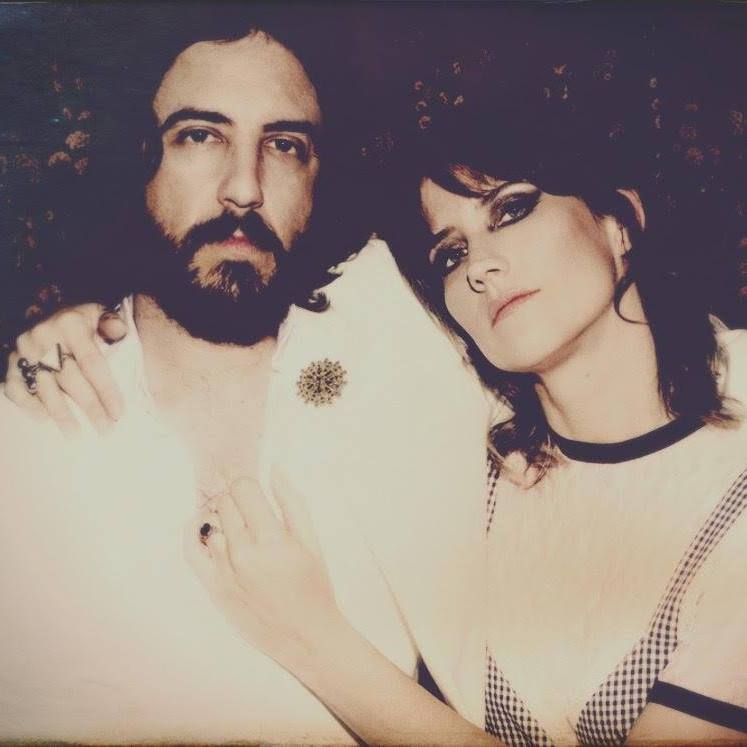 “I may or may not be naked right now, I can neither confirm or deny that,” laughs In The Valley Below‘s Jeffrey Jacob Mendel during a recent chat when asked what he wanted Eo8’s readers to know about him. Informative, no doubt, but when it comes to In The Valley Below, that fact is only the tip of the iceberg. The alt-pop duo, formed in Los Angeles in 2011, burst onto the national scene with their hit single “Peaches” in 2013, which opened doors to late night television appearances and sharing stages with bands like Cold War Kids and Airborne Toxic Event. Recently, Mendel, with his partner-in-musical-crime Angela Gail Mattson, released Elephant, the EP follow-up to their 2014 debut, The Belt.

To celebrate the EP’s release, the band is currently on tour with British rapper Tricky, which will bring them to the Music City on October 14th to perform at legendary venue Exit/In. “We’ve only played in Nashville once before, and it was a fun time. We’re looking forward to coming back,” Mendel comments. “Opening for Tricky, has been great so far. We were surprised when he picked us, we thought we were way to rock and pop for his sound. When he tours, though, he brings a drummer and a guitar player, so his live shows are more rock than his albums,” he says. “There’s common ground when we play live, and it’s gone over well with the audience.”

Their new five-song EP houses a welcome dose of their uniquely dark synth-infused rock n’ roll. “It’s a natural evolution based on our common loves of music. It’s where we overlap in our listening tastes,” Mendel explains of the now Michigan-based band’s sound. “We wanted to make music together that we’d want to listen to together. I listened to everything growing up—from classic to heavy metal and everything in between. Our musical palettes are very wide. We like popular music, and weirder, darker, stranger stuff too.” Elephant also features lead single “Bloodhands (Oh My Fever),” a reflection of some all-too-common recent headlines. “It was written in Los Angeles right after the Michael Brown shooting in Ferguson. We were both feeling a frustrated and powerless. It just came out,” he says. “It’s not a protest song in the traditional sense, and we didn’t intend for it to be. It’s just how we felt at that moment. One of the lyrics is ‘Tell me why we do it,’ and that’s kind of the question we wanted to put out there, because it needs to be talked about.” In grand In The Valley Below fashion, the pair discovered an old, chalet-style building in the middle of the Michigan woods, and took a choir with them to capture an acoustic video recording of the single. “We had the choir on the actual recording of the track itself, and they did such an great job,” Mendel explains..”We wanted to capture that live; we thought it would be interesting to go out to this weird building and record with this amazing choir.”

So far, Mendel and Mattson’s transition to Michigan has been a good one. “It’s a permanent move for now,” he laughs. “We’d both been in Los Angeles for a long time, and we felt like it had run its course for us. We’d gotten everything we wanted out of the city, and it was good time to leave. Also, we were in the middle of a severe drought there when we left, and we wanted to go somewhere where we didn’t have to feel bad about taking a shower,” he continues. “We didn’t know what to expect in Grand Rapids, but there’s an amazing community here with artists, creative people, and really good food and drink scene. It’s a lot more cosmopolitan than I expected. We built a studio in the basement of this old house that we got, and it’s really nice. We made the basement our playground—we decked it out in dark fabrics so it feels like a womb,” he adds with a laugh. “It’s nice to go down there and immerse yourself in music for days on end. We did a lot of writing in the winter, and it felt really comfortable and warm being holed up in there. It was nice to look out the windows and see all the snow outside and feel safe inside. We’ve always wanted to just make music, and this has been a dream come true.”