It’s Saturday of Pilgrimage Music Festival, and as we arrived to the festival grounds that morning, all I could think about was how hot it was for the end of September in Franklin, Tennessee. After this initial thought, like everyone attending the festival, I decided to embrace the discomfort and take in every moment. This year’s Pilgrimage Festival was sold out, and for a festival that is only in its third year of existence, that was a big deal. Energy and excitement were alive in the air. Pilgrimage is an accessible and relaxed festival, complete with tons of delicious food, local merchants, and plenty of activities for the entire family–a unique and intimate experience.

We arrived on the scene and made our way to the main stage to catch Nashville instrumental heroes, Steelism, along with their pal, Ruby Amanfu. Steelism is a blend of so many musical tastes deftly weaved together to create an uniquely inspiring sound of engaging Americana, rock, and soul. The interplay between the lead guitar and pedal steel creates magical moments onstage, and combined with a dynamic rhythm section, Steelism can do know wrong. Ruby Amanfu came out and turned the scene into a party as her soulful timbre took front and center. Each song was full of energy and soaring vocals, and the crowd began to respond, a fantastic start to our first day at the festival.

We stuck around at the main stage to see another Nashville favorite, The Shadowboxers, a soul pop band that really bring it. With tight harmonies, smooth grooves, and elegant melodies the Shadowboxers put it all to the table with each flawless performance. They sang and danced, and with a tight rhythm section that really drove the songs, they never missed a beat. The band has a natural stage presence, and makes everything fun and interactive. Their musical prowess, solid songwriting, and unstoppable charisma will surely take them wherever they want to go.

After some time exploring the festival grounds, we made our way back to the main stage just in time for Americana duo, Shovels & Rope. Michael Trent and Cary Ann Hearst have a connection and energy that can’t be taught or recreated–it is natural, it is a part of who they are, and every time they perform, the magic is tangible. Swapping between instruments and harmonies, the duo never skips a beat, there songs carry a tight and confident grit. They are equal parts polished and raw, walking that fine line between the two with perfection. Their inspired set at Pilgrimage was pure joy from beginning to end; even with minor mishaps and goosebump-inducing moments throughout, the Trent and Hearst never lost their fire. It’s unbelievable how much sound those two people produced–they owned the main stage and set the bar for the rest of the weekend. Shovels & Rope, who are well on their way to achieving legendary status, are a powerhouse and the ultimate roots music experience.

Franklin’s native alt-rock outfit Colony House took the stage, and the festival, with absolute force, their energy transcendent as people flocked to the stage. The band gave everything they had for their hometown crows, and were met by an equally energetic audience. The songs were loud and beautiful, and created a snowball effect as each steamrolled through the set. 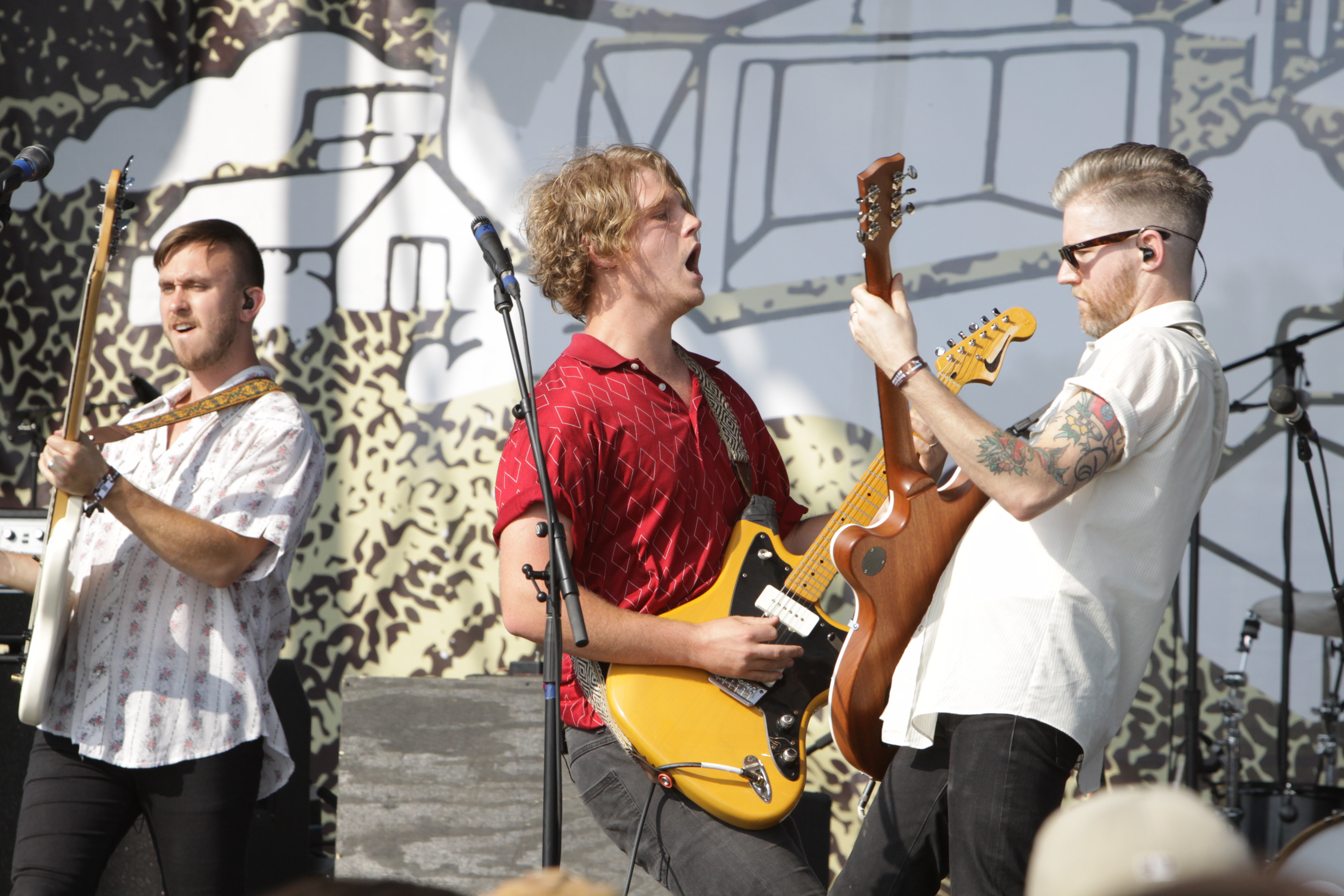 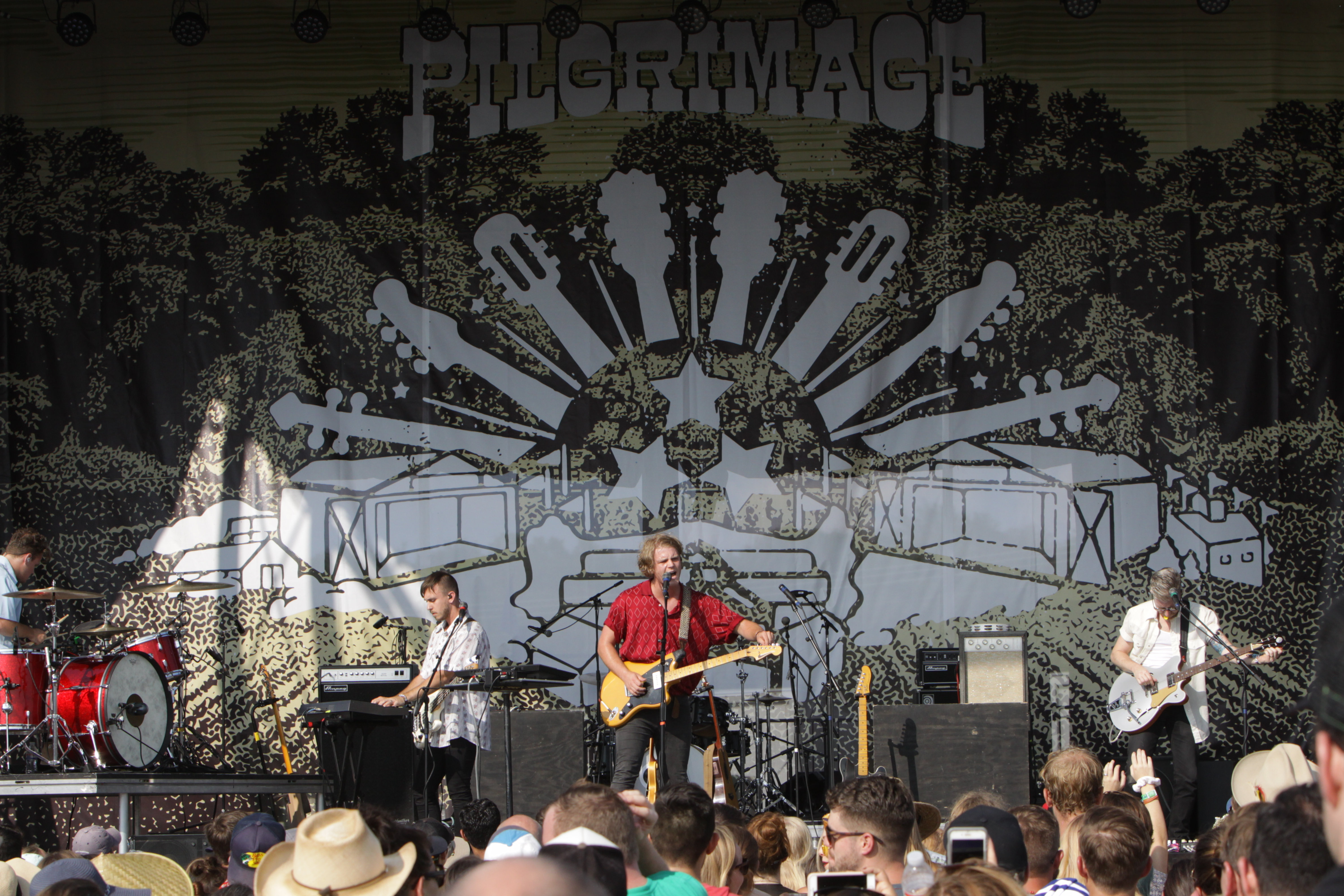 We gathered ourselves and walked to see Texas-based guitar hero, Gary Clark Jr., who did what he does best–shred. He is widely known as one of the best guitar players in the music world, and he proves it every time he steps on stage, each song powerful, with tremendous jams in each. With mesmerizing playing matched with great songwriting inspired by blues and classic rock, Gary Clark, Jr. is unstoppable.

Next up was legendary folk rock band, The Avett Brothers. With personality and passion surpassed by few, The Avetts put on one of the best live shows in music around—it’s hard not to fall in love with them. Their set at Pilgrimage on Saturday was, as magical—no surprise– as they played a great set that spanned the entirety of their catalogue, from classic songs to tunes from their latest release, True Sadness. The brothers were all over the stage– Seth even came down through the center of the crowd.

As we made flowed to the main stage in a sea of people, the finale of the day was about to unfold. Justin Timberlake was about to descend upon us, and it was going to be an epic performance. He came out to screams and applause of thousands as he and the band jumped right into his hit, “Drink You Away.” From that moment forward, the enchanting set never slowed, wavered, or lost momentum. With horns, a small choir, and every member dancing and moving the entire show, the stage and the grounds were a party. Midway through, the stage went black and there was a pause; the lights came up, and Timberlake had some breaking news–a special guest was coming. Chris and Morgane Stapleton walked on stage, and I lost my mind as the entire ensemble wound their way through “Tennessee Whiskey,” “Fire Away,” and “Sometimes I Cry,” It was one of the greatest concert experiences I have ever witnessed.(Photo by Erika Goldring/Getty Images for Pilgrimage Music & Cultural Festival

[This lovely festival coverage was provided by Eo8’s own James Farley.]