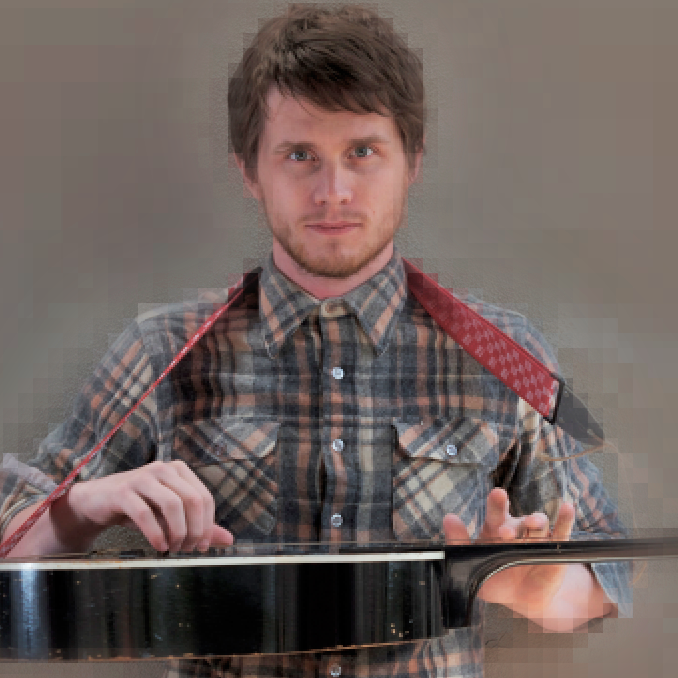 You know that feeling—that carefree state of mind that accompanies childhood, before external pressures and fears curb our enthusiasm and stifle our willingness to explore? That feeling is captured and celebrated in “twigs,” the whimsical new single from Pittsburgh kitchen-folk outfit, townsppl.

“I usually try not to think too hard about what my songs are about and just follow them where they want to go,” explains Alex Stanton, the creative force behind the band. “The song seems to be about the experience of being a kid and how being carefree is a skill. It’s about how as an adult being lost or outside of your comfort zone maybe feels like a bigger deal than it should,” he adds. “There is a thread throughout the album about characters being dragged kicking and screaming into adulthood, as well as a bit of a future dystopian backdrop.”

The album, also called Twigs, is set for release on November 10th. “The album came about over the course of a few years and as the result of a few experiments,” he reveals. “I was playing around with ways to fit songwriting into my life and came up with a concept where I would set a timer for 25 minutes and write a song once per day. I did this for close to 3 months and ended up with 60 some songs to choose from when it came time to record,” he says. “Like a lot of the songs, In the initial session “twigs” began as just the first verse and chorus, which I find is just enough to make a decision about whether it’s an idea worth pursuing.”

Stanton worked with only a few sounds, created by what was present in the room at the time of recording—a ukulele, his harmony parlor guitars, a disassembled drum set, an upright bass that his grandparents had as an art piece, a piano, a silvertone electric, and anything he could find in the kitchen for percussion. Almost everything was recorded at home in the kitchen and mixed and mastered with producer Jake Hanner of Donora.