The hot weather has finally broken in Portland, and on the heels of that crisp fall breeze blew in pop/rock favorite Moon Taxi this past Thursday at the venerable Wonder Ballroom. They have been a constant presence on my playlist as of late, and their show an affirmation of their constant rotation in my headphones.

Opening with Mercury, one of their hits from their first album Cabaret, the night started with energy and electricity—a mood-lifting vibe that inspired nostalgia for the closing summer. As the band wound its way through the set, it became obvious why this festival favorite has matured to a rock mainstay. Reminiscent of a little Modest Mouse, a little Colony House and even a little Widespread Panic, the jam-session feel to Moon Taxi makes you dance with the hope that the show won’t end, and that the night will carry on into the darkness with good vibrations.

The band hoisted and carried us upon their shoulders with a bounce in their collective step into Change, from their second release
. And change indeed, as their volume and tempo increased through Year Zero and Not too Late, as the crowd clapped and fist-pumped their way into a frenzy.  A nice addition to this quintet throughout their performance was Leo P, the saxophone phenom from their opening act Too Many Zooz.  He added swanky depth to Who’s To Say, which along with the gritty guitar added a moodier tint to the otherwise lighter sounds that evening.  The band changed tempo again and touched us with an opening of John Lennon’s Imagine, blended into their song River Water.

Lead singer Trevor Terndrup stopped the crowd briefly for a moment to say hi and send love to his brother, who was in the crowd, a sweet segue into Young Journey. However, banter was at a minimum because Moon Taxi did a brilliant job engaging the audience through the music. They even surprised us with some fancy moves –Terndrup serendaded us with Morocco as he rotated on a hoverboard—a clear demonstration that besides possessing amazing balance, the band had as much fun as their fans.   They finished up the night with their recent single Two High, and we left the show with a renewed sense of nostalgia with which we began-–that fun was had, change was embraced, and hope was inspired. 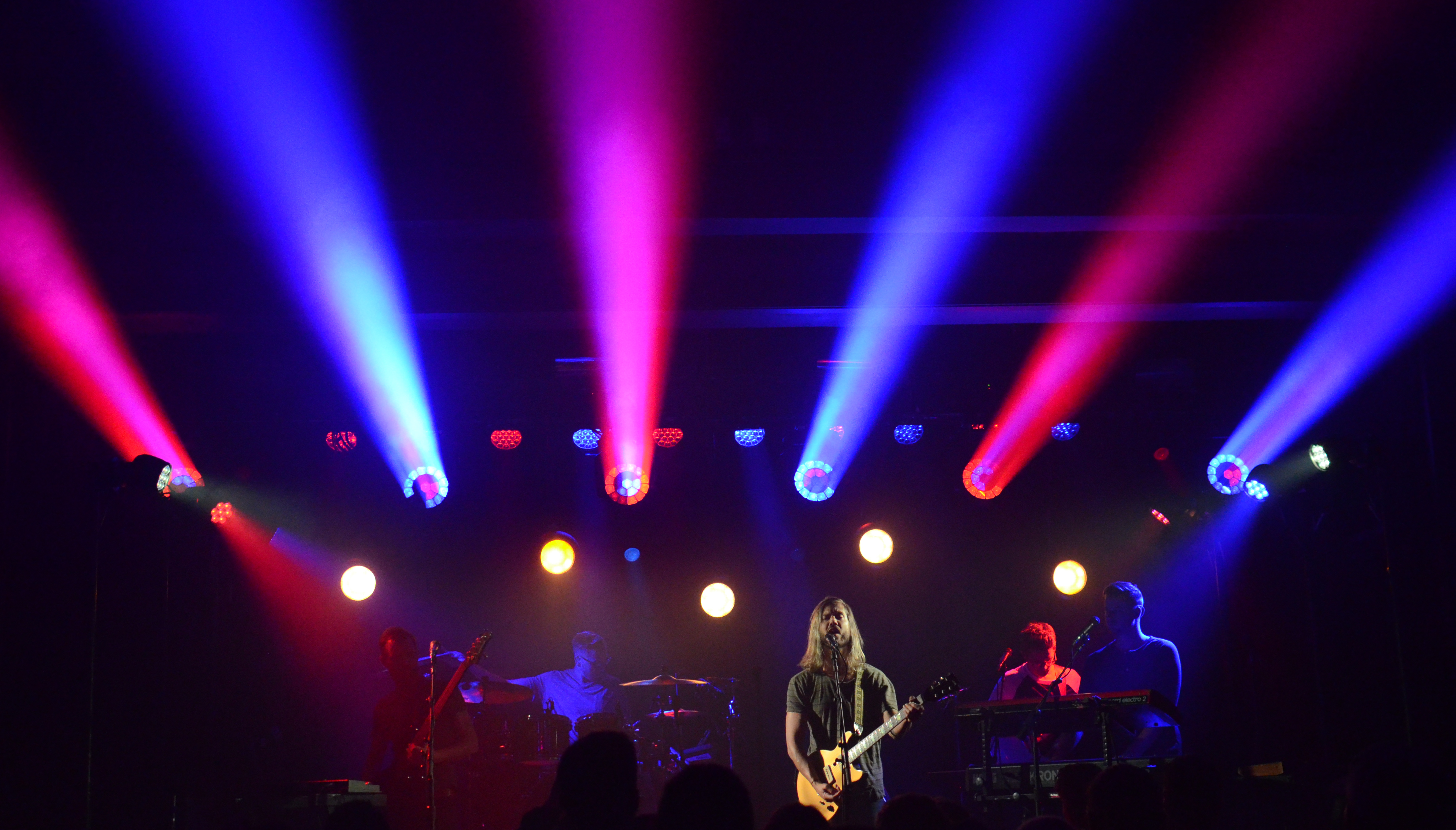 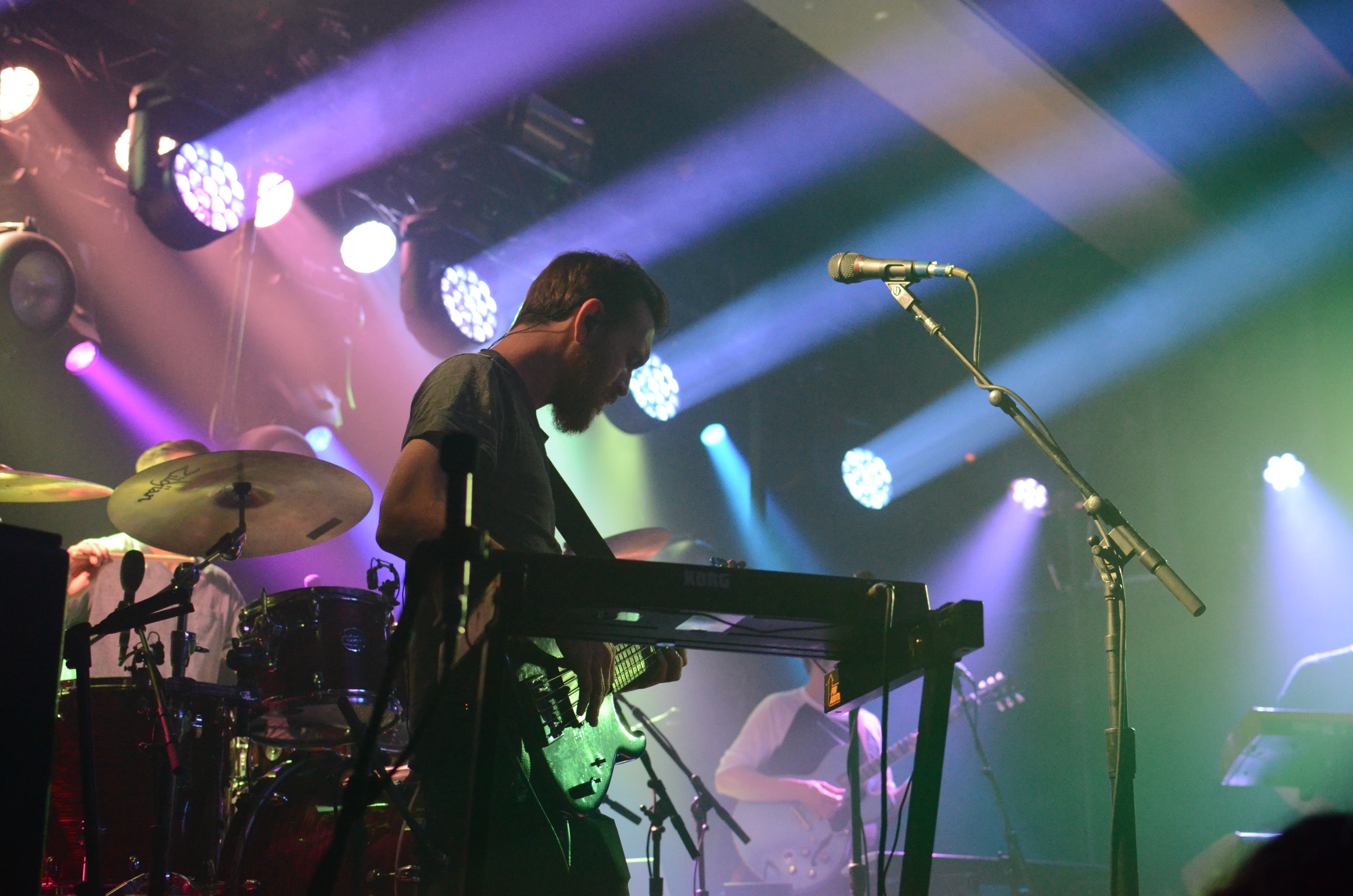 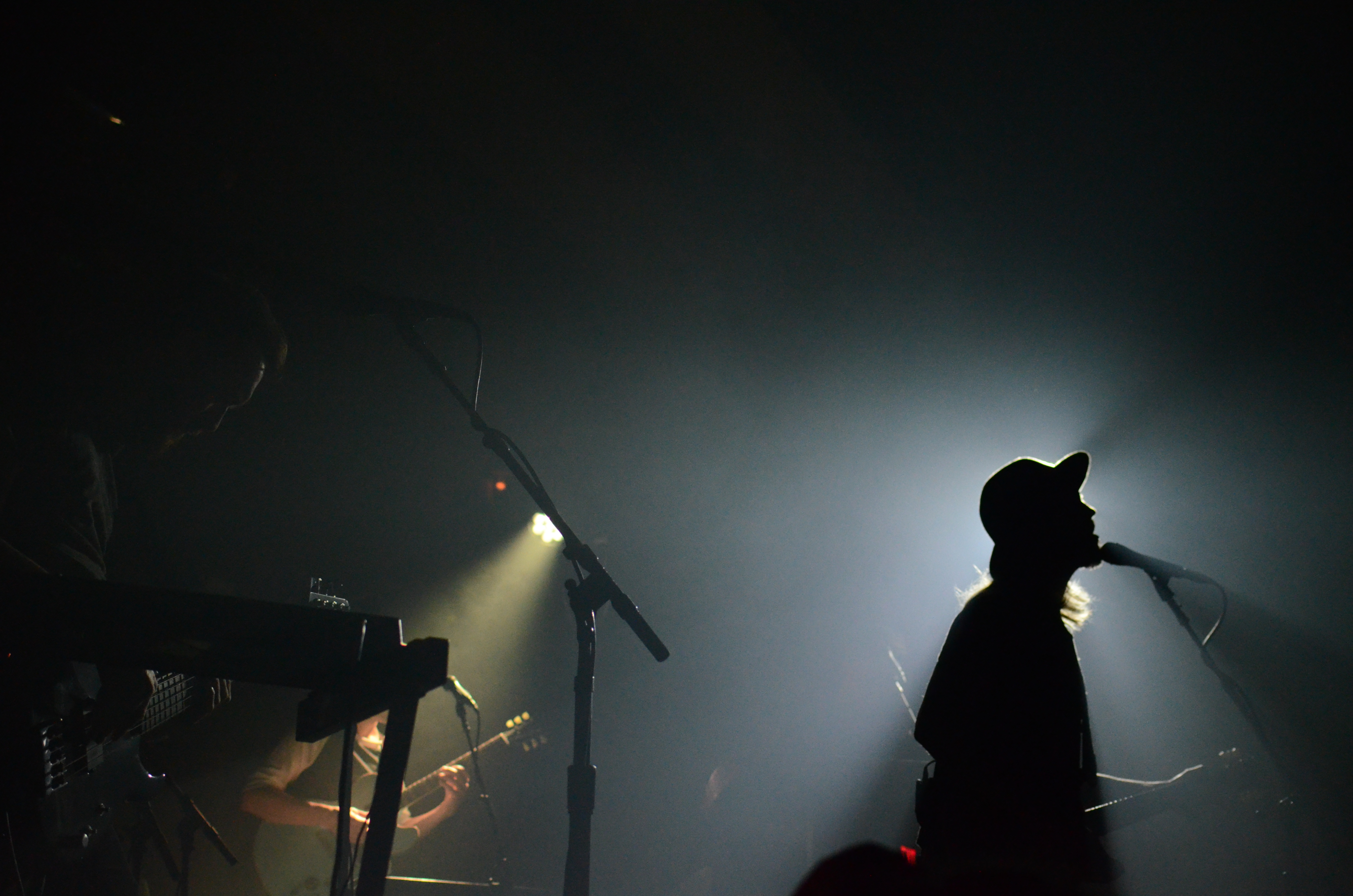 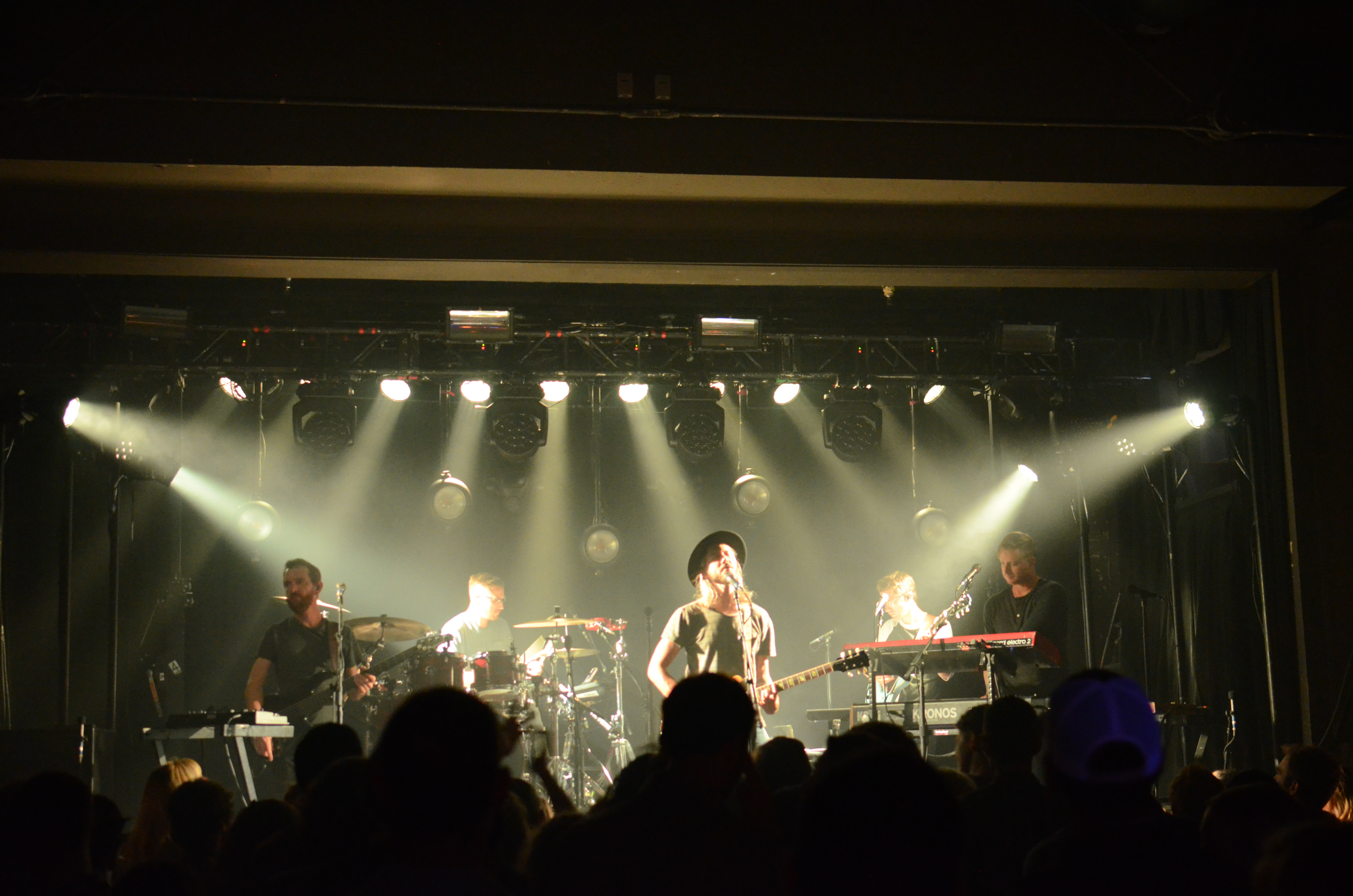 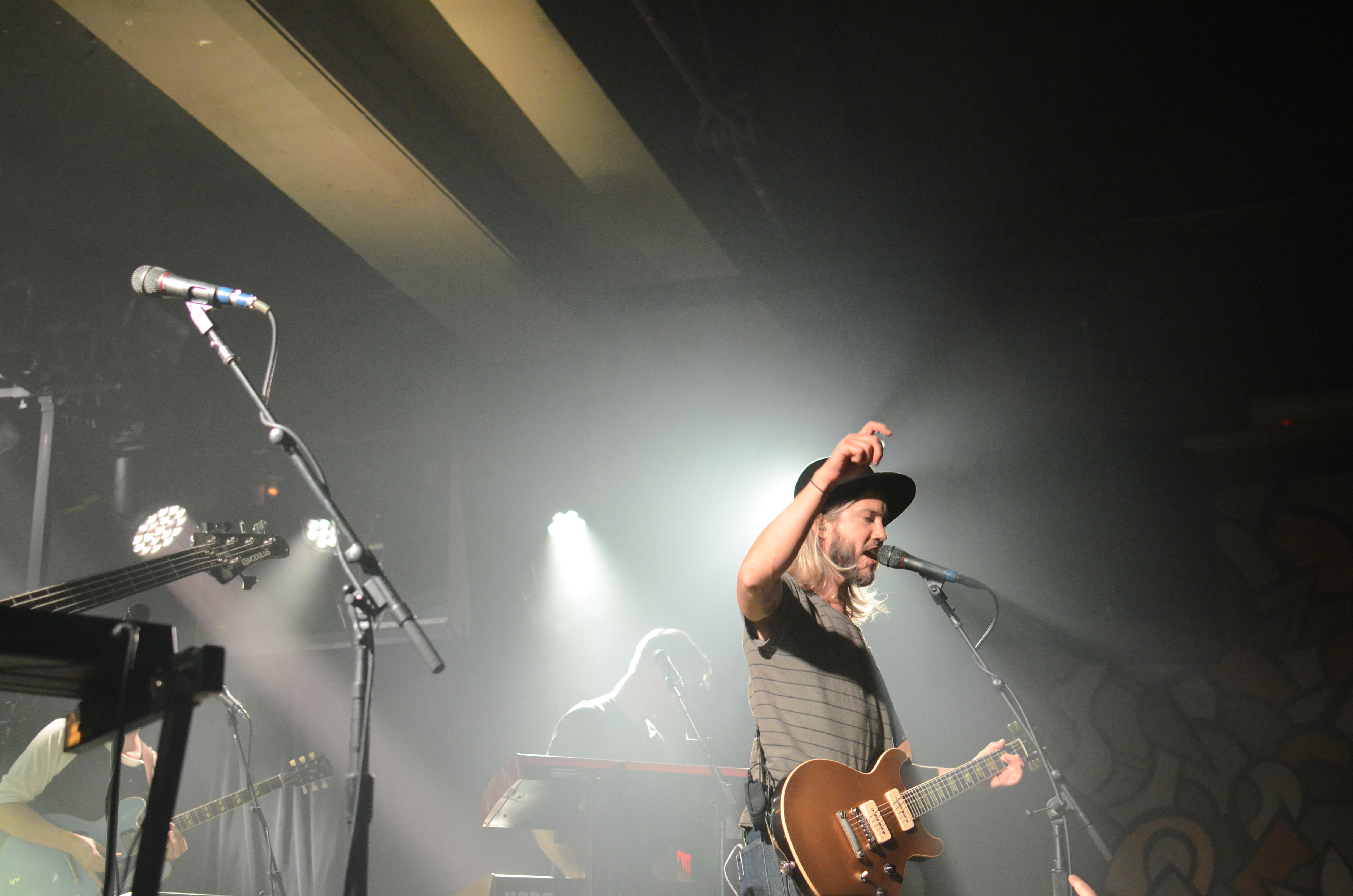