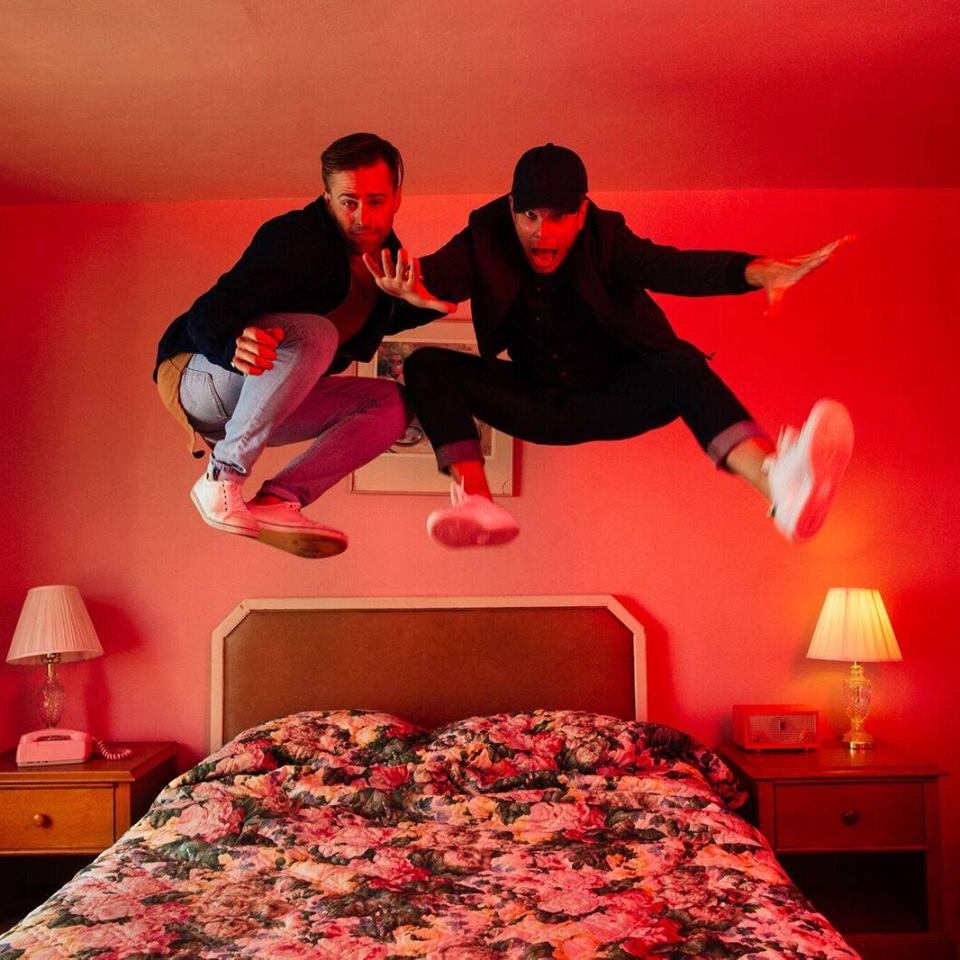 Ten years ago, Jordan Phillips and Adam Stark, randomly paired as college roommates at Nashville’s Belmont University, started writing and playing music together, and cut their musical teeth in their first band, The Kicks. “Jordan and I both were huge 60s-70s rock fans, so our music started out like throwback rock n’ roll,”  recalls Stark, as Phillips injects with a laugh,“It was very Paul McCartney Wings meets ELO. We were reliving glory days in our minds.”

Like most artists at the beginning, the pair worked what seemed like an unending series of jobs to support themselves. “Lord knows, in our early 20s, being struggling musicians, you start looking for a whatever job, and I’ve only ever done manual labor,” Phillips reveals. “If tomorrow I had to not be a musician, I’d be totally screwed. I had a six-month stint as a substitute teacher in Nashville metro schools. It didn’t last very long,” he continues with a laugh. “Everybody we knew was becoming a substitute teacher because you could choose to work the days you wanted to work around gigs. I was this long-haired skinny kid with skinny jeans and boots and all I had to do would tuck in my shirt to go to work; it was interesting, it was entertaining. I broke up a lot of fights, most of them were between females. It was a nightmare. Once, a principal stepped in to try to break up a fight and she got punched square in the nose,” he adds. “Bless her heart, whatever she was getting paid was not enough.”

In addition to serving as part-time substitute teachers, (a.k.a. referees), there was a swim team coaching gig, and landscaping jobs in the mix—digging lots of holes, and driving a yellow, rusted-out 1980s-era pickup truck decorated with silver flames, appropriately named, “The Flame.” “We drove two aerators through fences of some million-dollar houses in east Nashville. The writing was on the wall,” Phillips laughs. “I think God was telling us to just pursue music.”

After four albums, The Kicks, who had virtually driven the wheels right off of their tour van, called it quits; but the pair continued to write together with no predetermined direction. “It turned itself into a band,” says Stark. “It’s nothing like the old band though, it’s inspired by everything. In our hearts we love pop music.” That band is called Apollo LTD, and that music is shimmering, infectious, beat-driven alt-pop of the best possible kind. Stark and Phillips have been around long enough to see the Music City evolve, and the pop landscape grow from infancy to the burgeoning scene it is today. Not only do they make music to perform together, they dive into people’s stories, write songs for others, and produce. “We’re both very musical, I was the nerdy kid who enjoyed practicing piano. If I hear a sound, I’m inspired to make something out if it. Jordan is great at making dynamic and intriguing melodies,” reveals Stark. “Adam’s more of a trained musician than I am, and he has strengths where I have blind spots. We’ve been creating together so long, we compensate for each other’s blind spots,” adds Phillips. “I’m really grateful for that.”

The pair’s music has been featured on major television shows like Grey’s Anatomy, and they have shared the stage with bands like Panic! At The Disco, DNCE, The All-American Rejects, and most recently, Kesha—and have recently released two singles that will be housed on a soon-to-be unleashed EP. “We begin and end the show with the hit. It’s a ferocious six minutes in concert,” Stark jokes of their live show. “No, we have a whole catalog of songs, but it’s a process. When we play live, we have plenty to pull from,” he continues. “We have an EP on the way, with a full-length coming next year hopefully.”

Even with everything that their successes bring, Apollo LTD is grateful for the grind, and everything it has taught them about hard work and perseverance. “I look at what’s on the radio, and artists who are killing it on the road or on Spotify or otherwise, so many of them are a little older because they’ve been in the business for a long time,” observes Phillips. “There’s beauty in that; you remove some of the financial incentive and it turns the industry into a thing where people work because they love it, not because it’s sexy,” he says. “It definitely nurtures talented artists and writers.”

2 thoughts on “AN EXCLUSIVE INTERVIEW with APOLLO LTD”