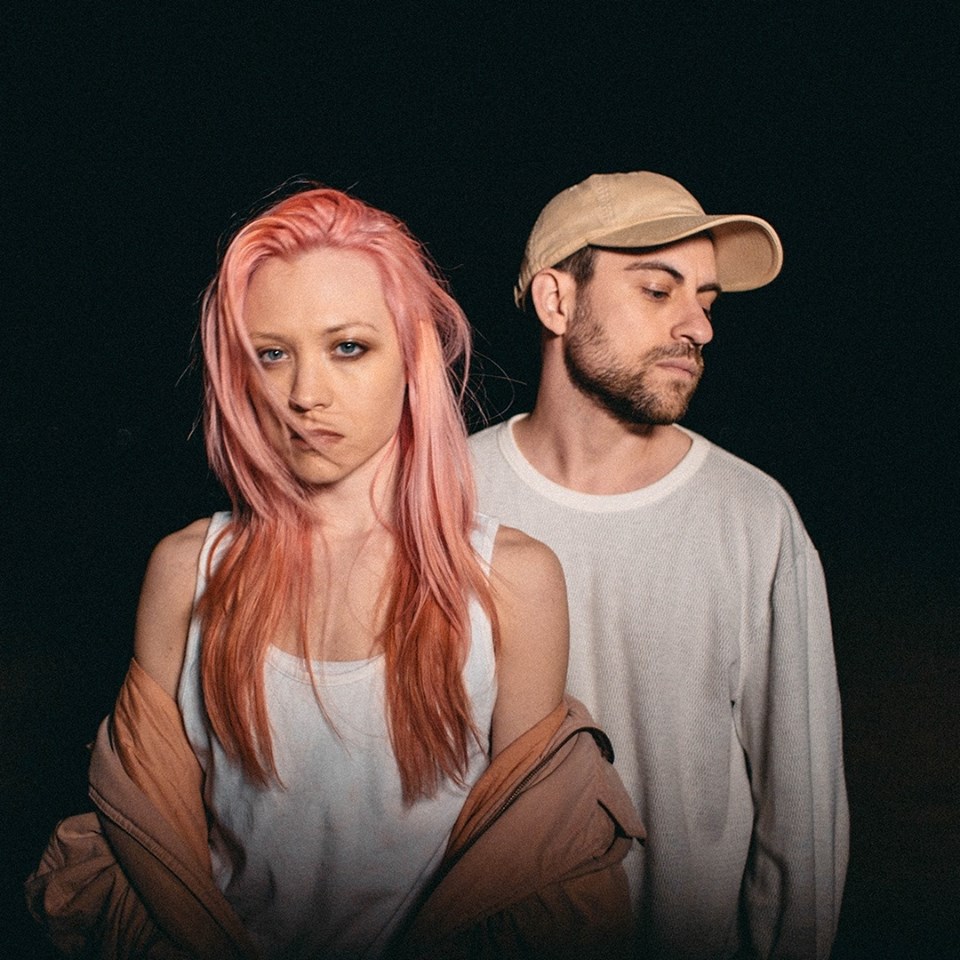 Minnesota-based pop-rock duo Now, Now got their start where most great things happen—in marching band. “I miss those days,” says Brad Hale. “I miss it too,” says partner-in-music KC Dalager. “I feel like those were my glory days of music. like it was the one thing where I felt like, ‘I’m good at this and I know I’m good at this,’ I felt so confident about it. Any other musical thing I’ve ever been a part of, I’m like, ‘I’m think I’m okay?’” she laughs of her days on the drumline. “It was the one thing where I was like ‘Hell yeah.’ I really miss it.”

The pair have come a long way since their marching band days—after the explosive release of their 2012 album Threads, which has garnered millions of streams on Spotify, the pair spent two years on the road. “Brad and I were figuring our lives out over the last few years,” explains Dalager of the absence of new Now, Now tunes since then. “After touring with Threads, we ran out of juice. In the world of music, Threads wasn’t that big, but it did way more than what we thought it would. It was two years of going non-stop. There’s no way to prepare for that,” she continues. “Music has always felt like a career since we started, and we put a lot of pressure on ourselves to live up to our own expectations of what we wanted to accomplish in this journey of music. We had to figure out how to express ourselves the way we wanted to, and we had to overcome our own mental obstacles.”

Even during that period of time, the band had been writing new music, trying to overcome creative hurdles brought about by external pressure and expectations. “As soon as we stopped touring, we were like ‘We better make another record because everyone is expecting it right now,” says Hale. “I was in a weird relationship that was toxic for me. I don’t like to blame things on relationships, but once I got out of that, I found a more positive situation,” Dalager reveals. “I’m happy now, and that helped me push past my own insecurities. When I got to a place where I felt like I like what I’m doing was what I was supposed to be doing, everything kind of snowballed.” “I learned not to worry as much,” adds Hale. “I was hyper-concerned about the reaction of people, even people close to us, about our music. There was a lot of overthinking about our writing and our production and what was going to happen when we put it out. When we just followed what the two us of were excited about, that’s when it got easier.”

The band is currently on a short tour, which will bring them to Nashville’s Mercy Lounge on October 12th. This summer also saw the release of “SGL,” and “Yours,” two brilliant new songs devoured by fans and critics alike, proof positive that the world is ready for more Now, Now, right now. “We have a batch of songs done, ready to go,” Dalager reveals. “In what way those enter the world at this point, we really don’t know,” “We’re at a weird tipping point or a fork in the road where we’re about to figure out what to do with all of these songs,” adds Hale. “We’re hoping it will be very soon.” And, some of us think there should definitely be a drumline-inspired song on the new album. “I love that idea!” Dalager exclaims. Adds, Hale, “Looks like we’ve got some work to do.”