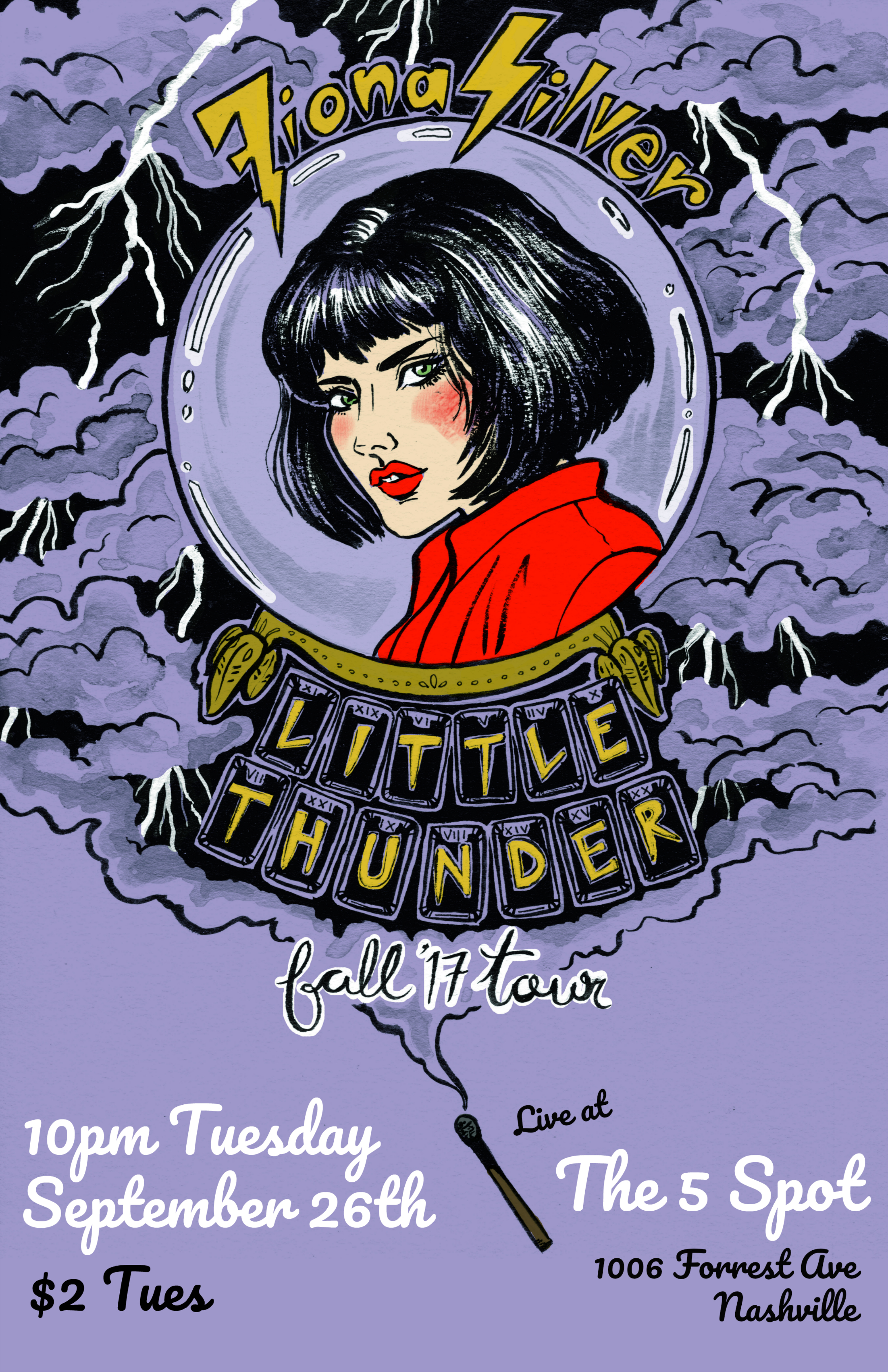 Fiona Silver, New York City’s own sassy, multifaceted spitfire, is back in Nashville TONIGHT at The 5 Spot’s $2 Tuesdays hosted by Derek Hoke. We love her alluring brand of reverb-y rock n’ roll, and we know you will too. In case you missed it, we had the chance to catch up this summer over a cup of coffee at The Post East to talk about her new album, Little Thunder, her unconventional upbringing, and being totally in the moment.

Big Apple-born and bred rocker Fiona Silver will release her debut album, Little Thunder, on June 23rd.  Little Thunder is the hard-working free spirit’s first cohesive body of work, and features seven songs of smokey-voiced swagger and sass with a vintage sheen. “For this record, I was really drawn to the sounds of the 60s and 70s—it speaks to me in a way that a lot of music today doesn’t,” she admits. “It feels more authentic in a way. Like any artist, I take in inspiration from the outside and make it my own.”

The daughter of a chef and a dance movement therapist, Silver began making her own music at the ripe old age of thirteen. “I was such an emo kid. I had all the feelings,” she laughs. “I had a guitar teacher at the time who was a producer with a home studio. I would bring in my songs, and he would fully produce them. I have all these recordings from when I was a kid, my voice was so different then, I was so little! It’s so interesting to go back and listen to those,” she continues. “I had a mildly wild upbringing, I was on my own a lot. When I was about 14, every Tuesday night I’d go hang out in a bar that would let me run sound and watch the bands. In high school, I worked in a studio for school credit,” she adds. “I knew I just wanted to play music.”

From Motown soul-esque album opener (and oldest song on the album) “Keep It Fresh” to the straight up garage fuzz of album closer “Smoking Gun,” the songs each have a unique personality, and were created over a broad expanse of time. “For ‘Smoking Gun,’ a newer song on the record, I tried something different,” she explains of her process. “Instead of writing ‘my feelings,’ I created a vision, I had a story in my mind like a movie, and I wanted to write the scene into a song. It came out heavier,” she says. “I wanted to play with it sonically, to make it more cinematic.”

Silver will celebrate the release of Little Thunder with a free release party on June 25th at The Roxy Hotel in New York City. “I’m so excited for the release,” she says. “I hope people can be totally in the moment with my music, that they’ll be able to forget whatever is on their minds and just be.”