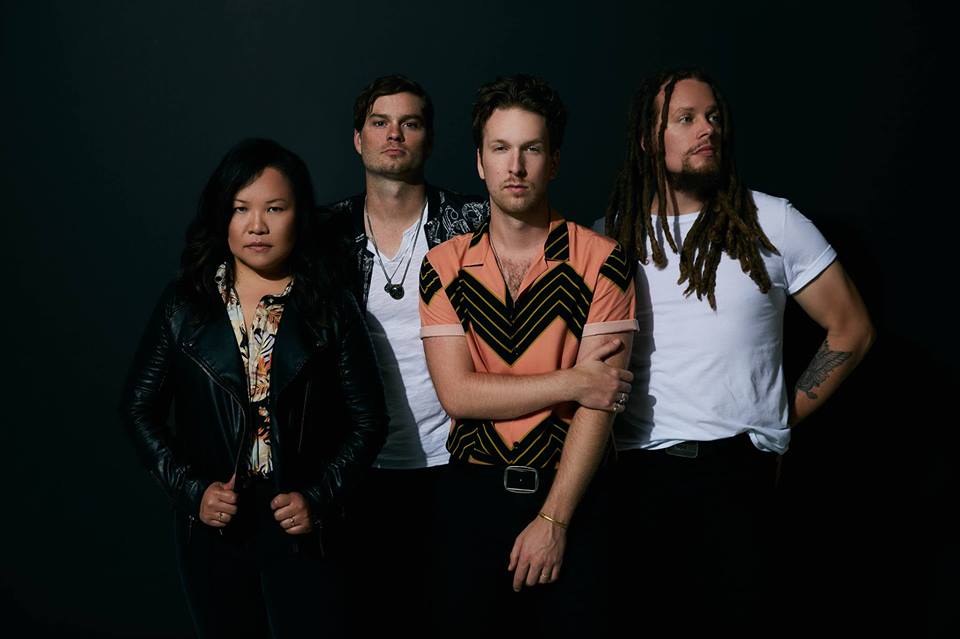 It’s typical Nashville story—people who make music move to Nashville from all over the planet, meet each other in the Music City, join forces, and make plans to the conquer the world. It’s the story of alt-pop outfit Elliot Root, but they’re anything but typical.

Soulful-voiced frontman Scott Krueger came to music in his late teens, after discovering his party trick—being “the guy who can play guitar”—was really his life’s passion.  Now, Krueger and company have acquired millions of Spotify streams, released Conjure, their epic debut album, and, after playing at Nashville’s Live On The Green concert series on Saturday, September 2nd, will spend the better part of a year on the road to support the record. Conjure features 13 irresistible anthems, handcrafted, recorded, and produced by the band itself. “We originally met Melissa, our keys player, because she’s an engineer and producer who worked with us on our first two EPs,” recalls Krueger. “I sort of forced her hand and kept begging her to join the band. She was a little resistant at first, but eventually I wore her down,” he laughs. “We had such an easy creative union working on the EPs that we wanted to try to make a full length album. We really wanted to try to keep it in-house, and do it on our own.”

Recorded over the period of a year—a rare opportunity for most bands—Elliot Root had the chance to create, and then step back to evaluate each piece of Conjure.  “Everyone starts out emulating their heroes, and over time, you discover bits and pieces of things that are unique to you, though it’s always still a little bit borrowed. With this album, we really made sure to be honest with where we wanted things to head, and not really be overly calculated about how things sounded,” Krueger continues. “It naturally found its center point, the tone of the record—a rock thing with some different flavors here and there. We recorded it over a year, and when you have that much time, you’re living a lot of different kinds of experiences,” he says. “I got in a habit of looking at the human condition and trying to understand it and resonate with different parts of it and different themes came out in that. There are lots of ups and downs, happy moments, but also fear, doubt, and confusion on the record. We wrote about everything. This album is an introduction to us; we hope people like it and want to share it with others. We want people to feel something when they hear it,” Krueger adds. “We’re a rock n’ roll band and we love making music. We’re so grateful for the chance to share it.”