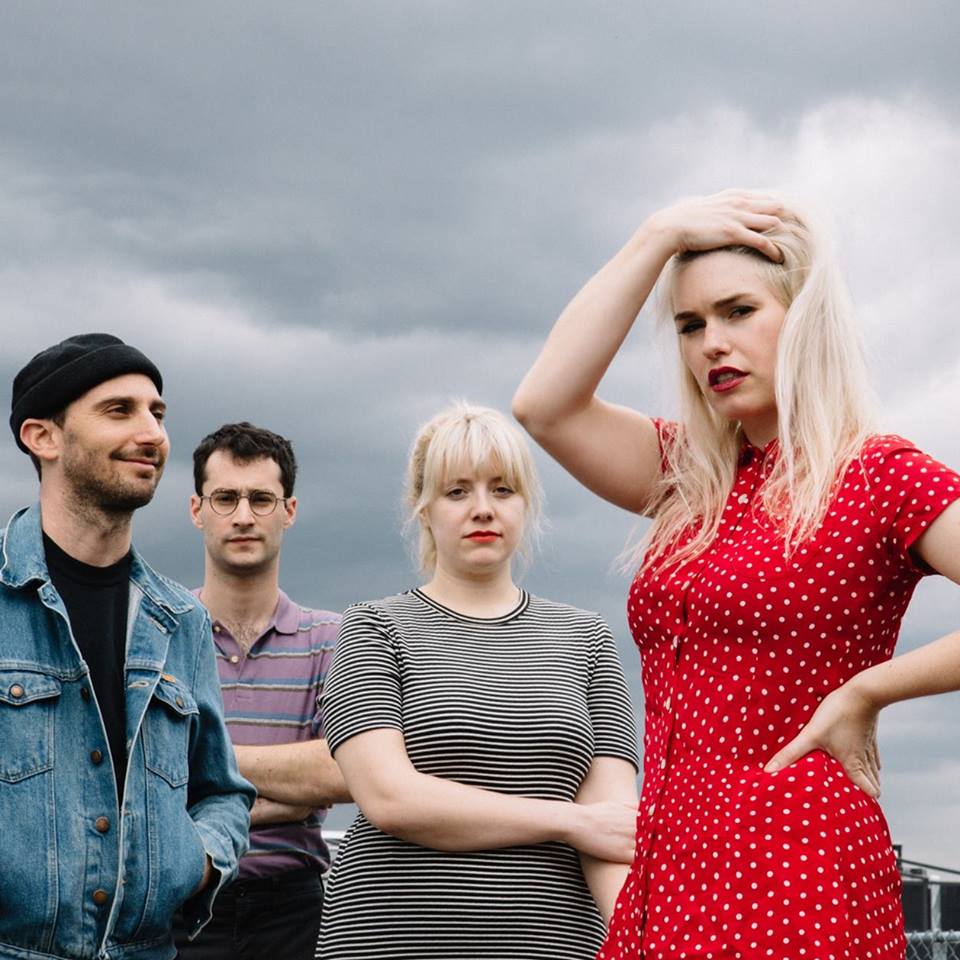 “I’m so bad at watching scary movies, my imagination is too wild. I got a little bit spooked,” laughs Beverly frontwoman Drew Citron of the band’s isolation when writing their latest album, The Blue Swell, out last year on Kanine Records. “We were right across the street from train tracks, and a freight train would pas in the middle of the night. Some people might think that’s romantic or beautiful, but I just thought it was spooky.”

“We recorded it after we finished a European and U.S. tour with The Drums, and we became great friends with Jonny Pierce, the band’s founder,” she continues. “We ended up using his lake house for a writing retreat, and that’s the whole record, that material we made on the winter at the lake at Jonny’s house. It was very serene, quiet, and a little but haunted up there,” she laughs. “I’m from the city, and it’s hard to not see another human being for 24 hours at a time. Some of the album is very melancholy, a little spooky, and you can hear it in the record, that we were isolated in the middle of winter.”

“I like the juxtaposition of really loud guitars with really pretty harmonies, that’s the main Beverly sound,” Citron continues of the Brooklyn-based noise pop purveyors’ infectious, 90’s alt-rock and grunge-inspired tunes. “I love beautiful melodies and lush arrangements, and a lot of people were doing that in the 90s. I thought it was good when I was a kid, and I still think it’s good.”

Two months ago, Beverly descended upon the Music City to open for The Pains Of Being Pure At Heart, and they’ll be back in town on Thursday, September 7th for a a show with EZTV at local arts collective DRKMTTR. “I’m excited! I love visiting Nashville and seeing shows there,” says Citron. “It can be a difficult place for touring bands sometimes, because the quality of the local musicianship is so off the charts. It takes a lot to impress the Nashville audience, much like it does in New York. It’s a similar vibe, except at the end of a Nashville show, you get amazing barbecue and great dive bars,” she continues. “I love it.”

BUT WAIT! THERE’S MORE!! We are giving away a FREE pair of tickets to see Beverly on Thursday, September 7th, so enter to win here! A winner will be chosen at 5pm CDT on Wednesday, September 6th, so don’t miss out!