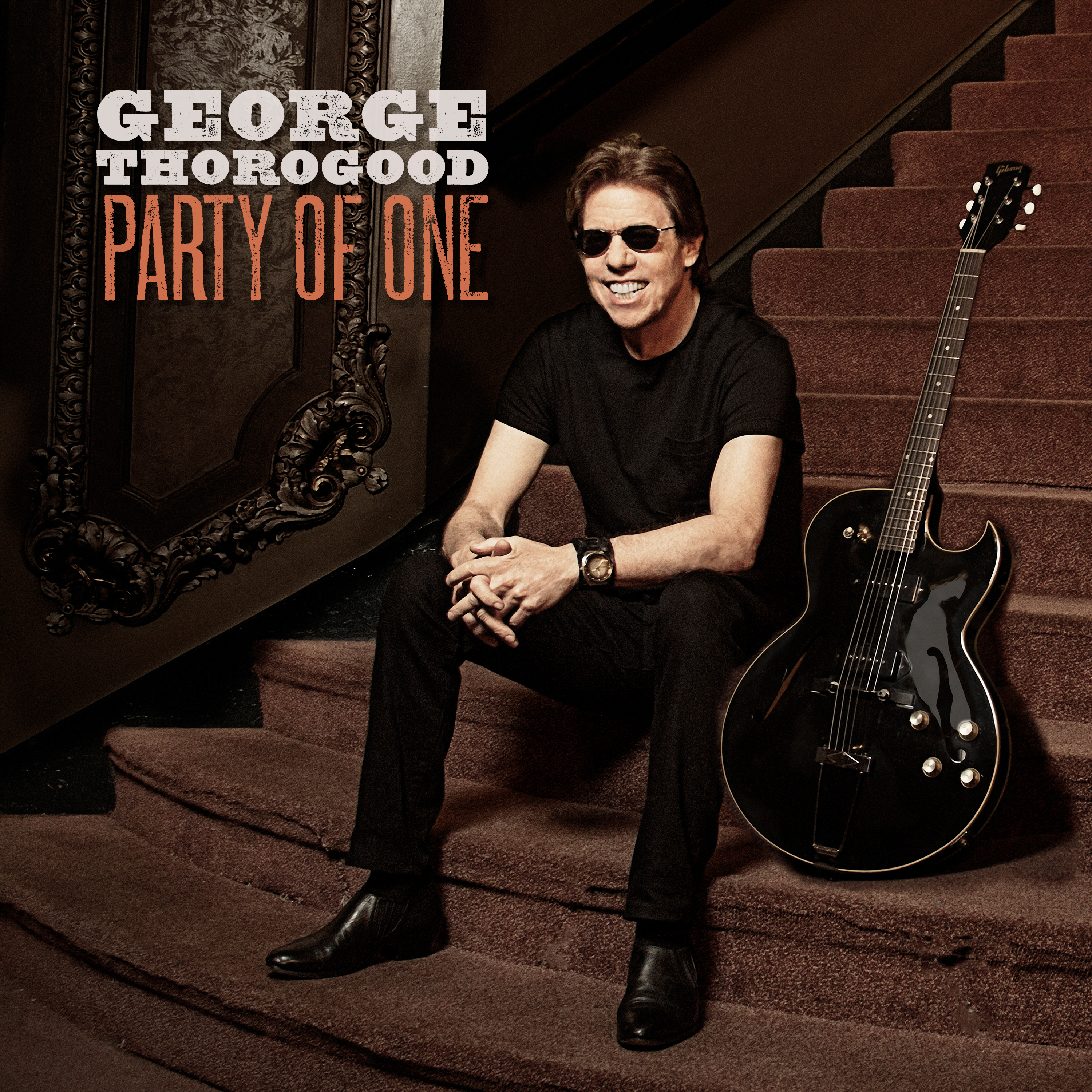 Just about everyone who has a pulse has heard a George Thorogood song; whether you are a fan or not, at sometime over the past 40 years, the iconic artist and his band the Destroyers have contributed, in one way or another, one of their myriad of songs across many mediums.

This fact that makes it quite a surprise that in his lengthy career, Party Of One, his recent release via Rounder Records release, is George Thorogood’s first solo album.

In an interview, he stated that it was always a goal to release a solo album, however, even he was amazed that it took more than 40 years, and admitted he was wondered if he had the chops and ability to go it alone without the anchor and backing of his band. After such a long and storied career, though, he need not have worried. In Party of One, Thorogood has created an enjoyable and valuable work of art, a solo masterpiece that pays homage to the blues masters who took him under their collective wing. He has also forged a bridge to an earlier era, where blues and country lived in the same neighborhood, and crafted a unique signature to make it his own.

Thorogood was consciously selective of the tracks he recorded for this project, both to entertain and to perhaps draw attention to the rich musical heritage of American music. There are previously recorded tracks and blues classics like “Wang Dang Doodle,” into which he skillfully brings fresh air and new life. “Soft Spot”, “Bad News”, and “Pictures From Life’s Other Side” hearken to memories of traditional country, while personal fandom and influence of John Lee Hooker is on full display with songs “Boogie Chillen,” “The Hooker (If You Miss’Im…I Got ‘Im),” and the classic “One, Bourbon, One Scotch, One Beer.”

As performer, the torch-bearing George Thorogood should be celebrated as a musical treasure, a juggernaut road warrior who has played everywhere from small venues, festivals, or county fairs and one who is a bridge to America’s musical past.

Purchase Party Of One out via Rounder Records: https://itunes.apple.com/us/album/party-of-one/id1248468765

[This review was crafted by Hunter MacLeod, international man of mystery and freelance writer for Brody Ramone’s Dirty Glitter and Mother Church Pew.  Catch up with him on Twitter–@MadH_MacLeod.]