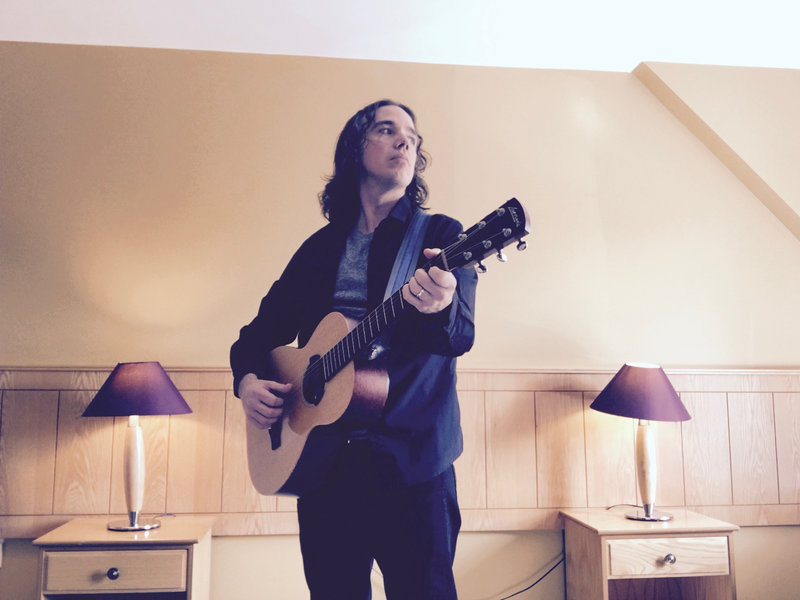 “You can put one of those records on and it casts a magic spell—you can be somewhere else in some other story. It was an escape,” says Jason Wilber, who discovered Johnny Cash and Marty Robbins and Tom T. Hall in his parents’ record collection as a child. From childhood piano lessons and commandeering his dad’s guitar to playing stringed bass in school orchestra and joining high school rock bands, the 47-year-old folk rocker, who will release a new album, Reaction Time, on August 11th, knows what longevity means, in more ways than one.

“I ditched college to tour with some bar cover bands around the country, but after several years, I got burned out on that,” he recalls. “I decided I was only going to play music I wanted to play. I wanted to play with someone who was making their own music, to be a part of something new, something original. When I was about 26, I had couple of good friends who’d moved to Nashville and were playing in John Prine’s band. A year into John’s Lost Dogs + Mixed Blessings tour, one of those friends joined Steve Earle’s band, and recommended me to John to take his place.” Wilber auditioned and Prine offered him the job on the spot. “That was 21 years ago,” he says. “The time has gone by really quickly. For the first few years, I thought it would end at any moment, probably because of my own inexperience and insecurity, and, most artists don’t keep a band for that long, they generally put a band together for individual tours and then change things up. It’s lot of fun, John is amazing to work for, and the music is great,” he adds. “It has suited me very well.”

Wilber has distilled his road-worn observations and ruminations into Reaction Time, his eighth studio album and quick follow-up to 2016’s Echoes; he joined forces with long time friend and producer Paul Mahern, and the pair optimized their complementary talents to create Wilber’s finest work yet. “We come from slightly different places musically,” he says of Mahern. “He comes up with things I wouldn’t necessarily think of, ideas for sounds or parts, and that expands things. He’s a world class engineer, and he’s really honest and objective. That’s important to me.”

In this era of quick turnovers, transitory attitudes, and short-term loyalties, Wilber is living proof that a lifetime dedicated to a goal like making music is worth the effort. “Getting to work with John and watch how he does things has made me realize that there’s a mystery to good music; you can’t put it all into words,” he explains. “Reaction Time was a great process of discovery for me.”