Last Friday night added up to the perfect storm for an unforgettable concert experience.  A dynamic band with an impeccable history of mesmerizing live performances?  Taken care of by the Louisville rockers of My Morning Jacket.  Amazing sound quality in an open air setting?  Taken care of by Ascend Amphitheater, which I might argue has the best acoustics in the Music City.  A sold out, high-energy crowd?  Taken care of by My Morning Jacket’s dedicated and almost ravenous fanbase.  An opener unique enough to hold her own in a sea of MMJ fans?  Look no farther than Miss Margo Price.

Having seen frontman Jim James and his cohorts play trippy sets in the confines of festival settings, I was excited to see how their larger-than-life performances would translate into a tighter venue with a more intimate audience.  Surrounded by the clustered embrace of their loyal fans, MMJ was comfortable digging into their catalog and working deep into each song to extract every ounce of creativity from each work before letting go. It seems that MMJ gets wrongfully pigeonholed into the genre of “jam band”—I prefer to think of them as a rockers with jam band tendencies. The diversity of their sound was on full display at the Ascend, exploring every nuance of their musical range.

In rapid fire succession, the band led off with a furious stretch of fan favorites in “Circuital,” “Mahgeetah,” and “I’m Amazed”–each one stronger, longer, and bolder than any album version.  With fans singing, dancing, and raising hands in the air, the party atmosphere was set early. During the first few songs, dusk faded to night allowing the band’s dazzling lighting effects to set the mood.  Where some bands fall into the trap of letting the light shows distract from the music and therefore detract from the experience, MMJ’s effects felt at one with the pulse of the show. Rapt in the glow of the stage and the flow of the music, the crowd drifted into a euphoric trance through “Phone Went West” and “Tropics (Erase Traces).”

While there was minimal banter between songs (there wasn’t much time with a 20 song setlist!), James did note that many of the band members call Nashville home. Putting the spotlight on one of those members, the band supported Carl Broemel on an expansive version of his solo work “Carried Away,” which ended with a wailing guitar solo by Broemel.  A couple of songs later, the full band supported James with a downright epic version of his solo hit, “State of Art (A.E.I.O.U.)” that had the entire crowd on its feet and shouting the chorus. Together, these songs showcased individual talent while they demonstrated the combined musical force of MMJ as a band.

While I could talk at length about musical highlights from the show, it’s more the moments from many of the songs that remain as pictures in the mind– the body quaking, euphoria raising bass line leading into “Victory Dance,” the feel-good-about-being-bad singalong to “Outta My System,” and the dance-inducing beat of “Touch Me I’m Going to Scream Pt. 2.”  While the band rocked, strutted, and crafted the fans swayed, shook, and melted.

By the end of the Friday’s show, as seemingly never-ending feedback blared from the vacated stage, I had been blown away by the most complex, comprehensive, and energizing set that I have heard from a band I already considered one of the best live music acts. My Morning Jacket put together more than a show–it was a work of musical and visual art from start to finish. 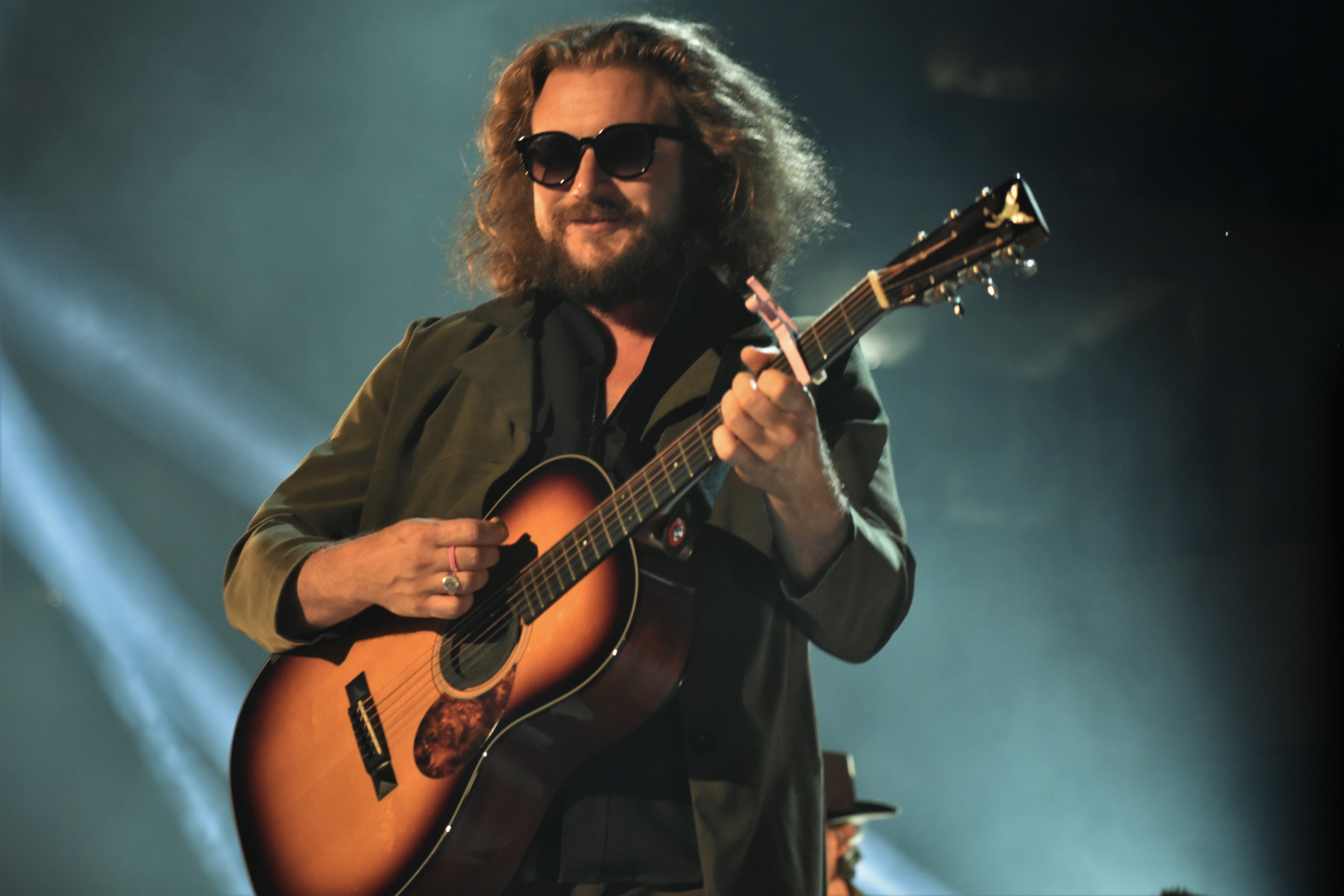 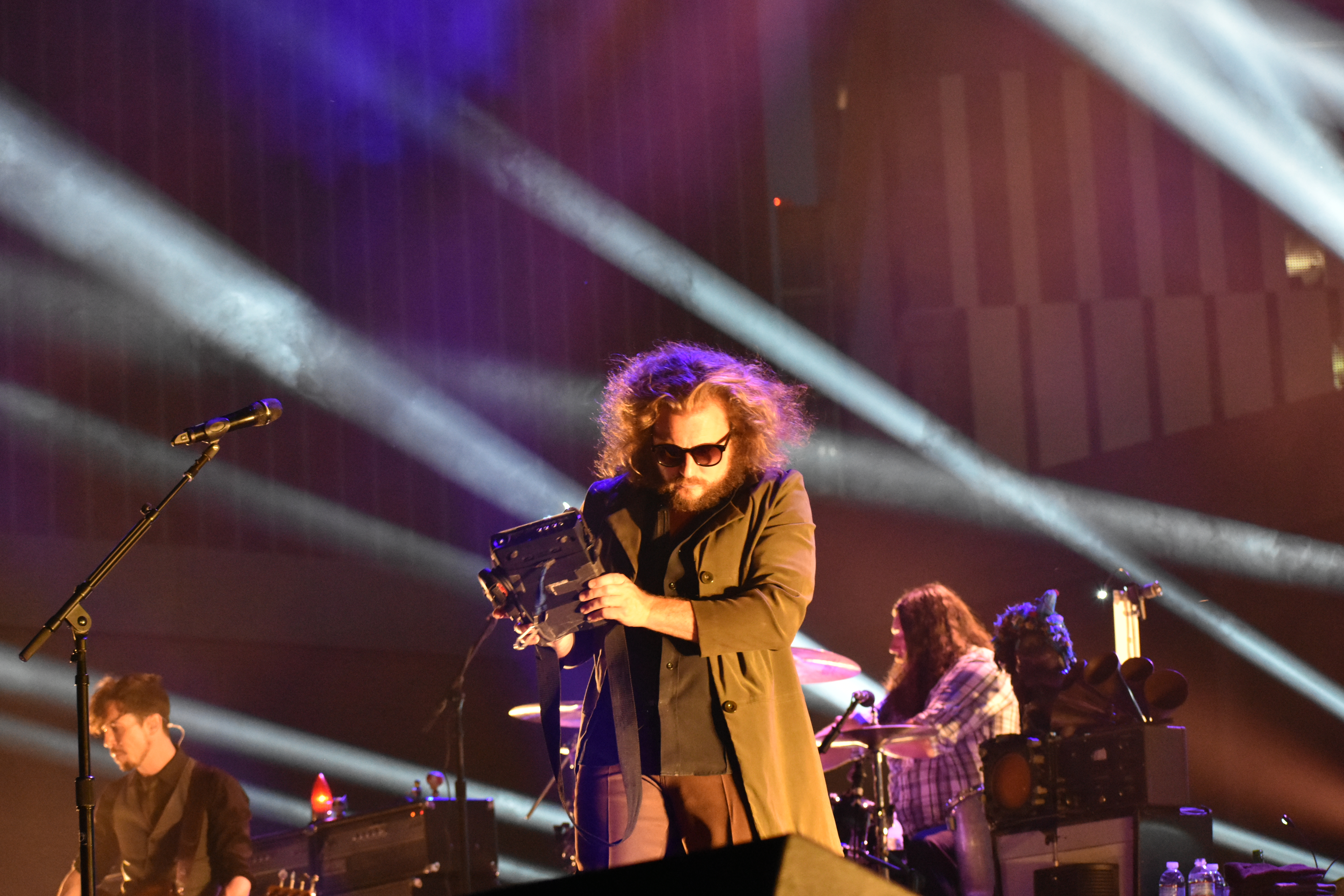 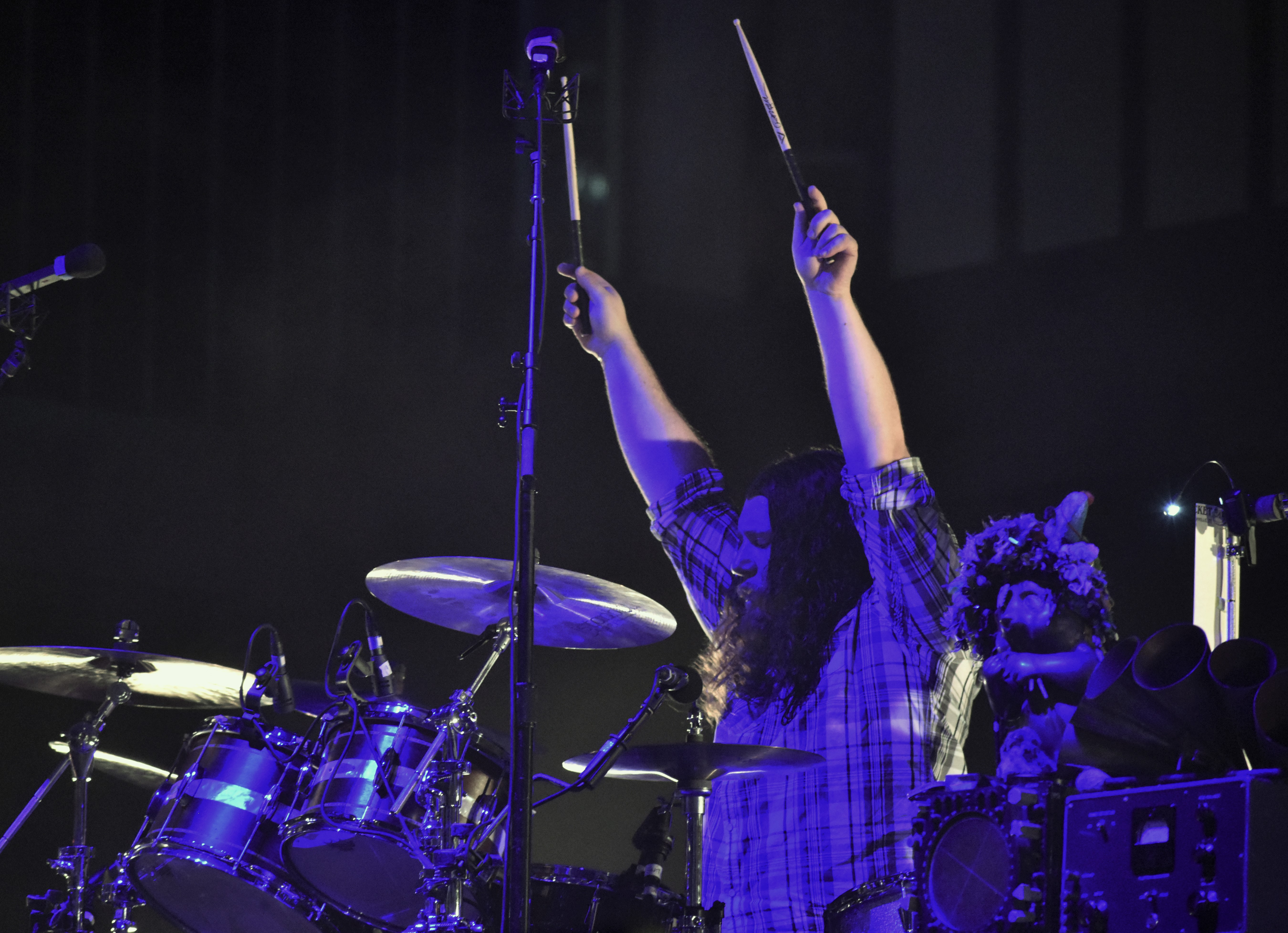 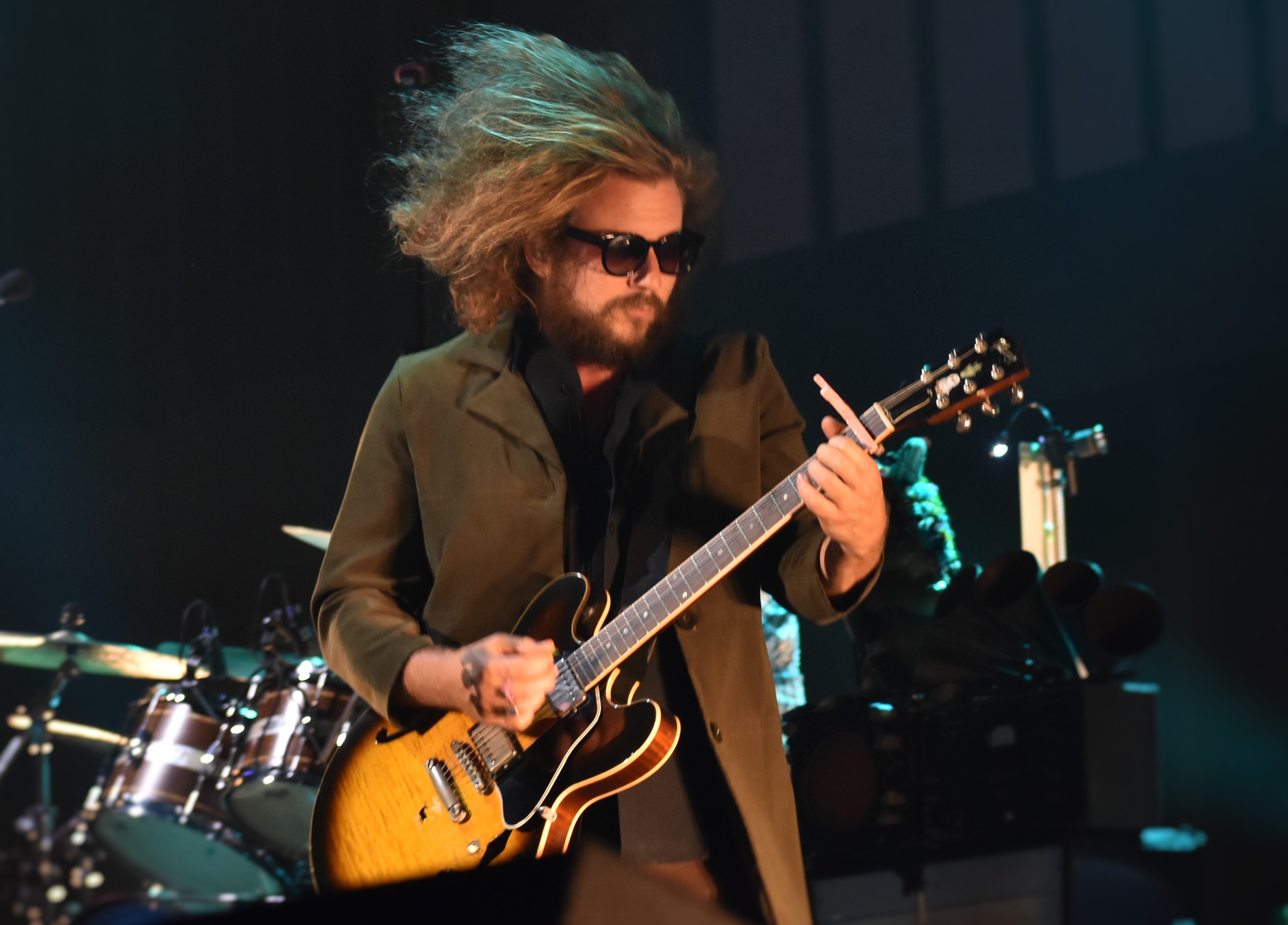 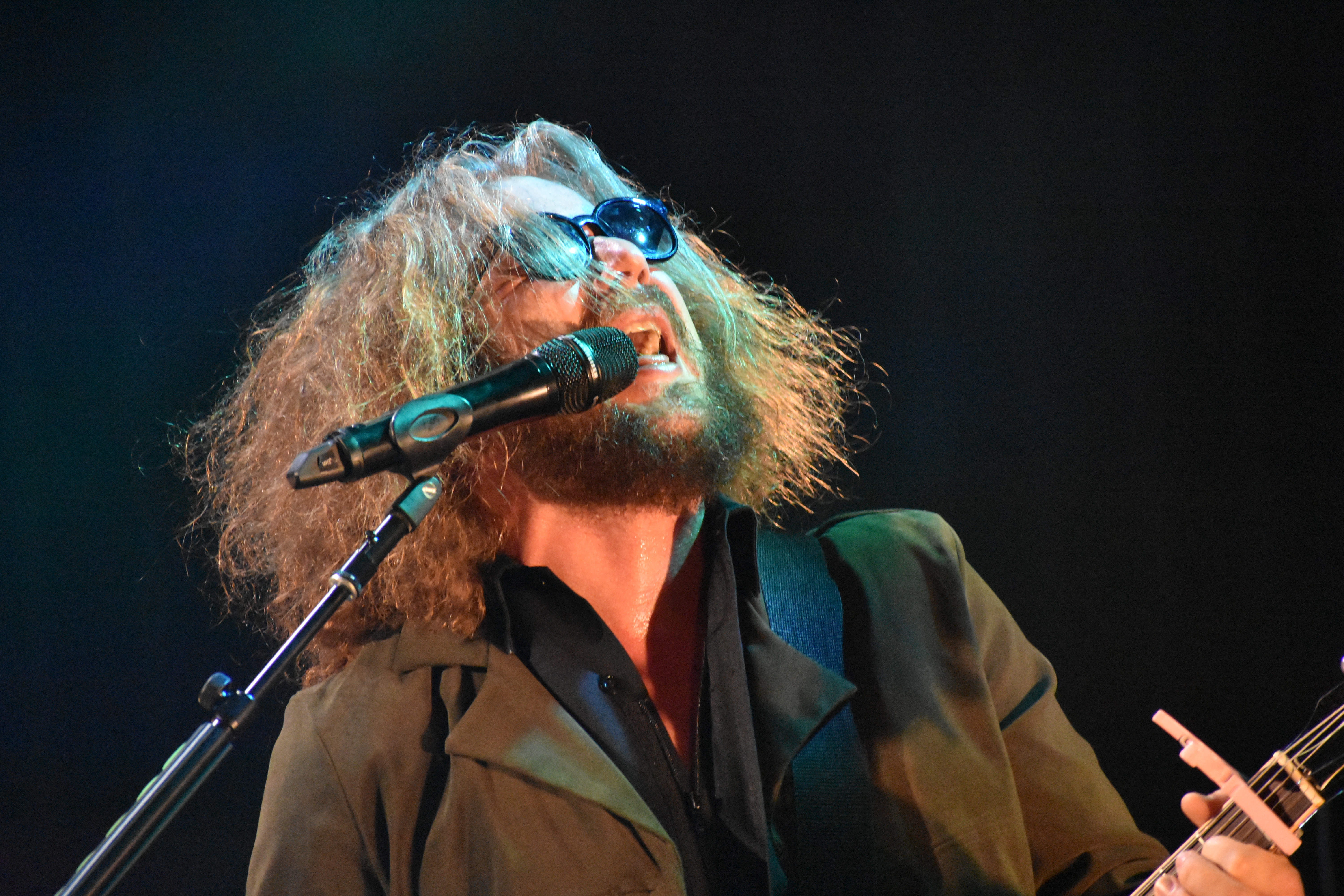 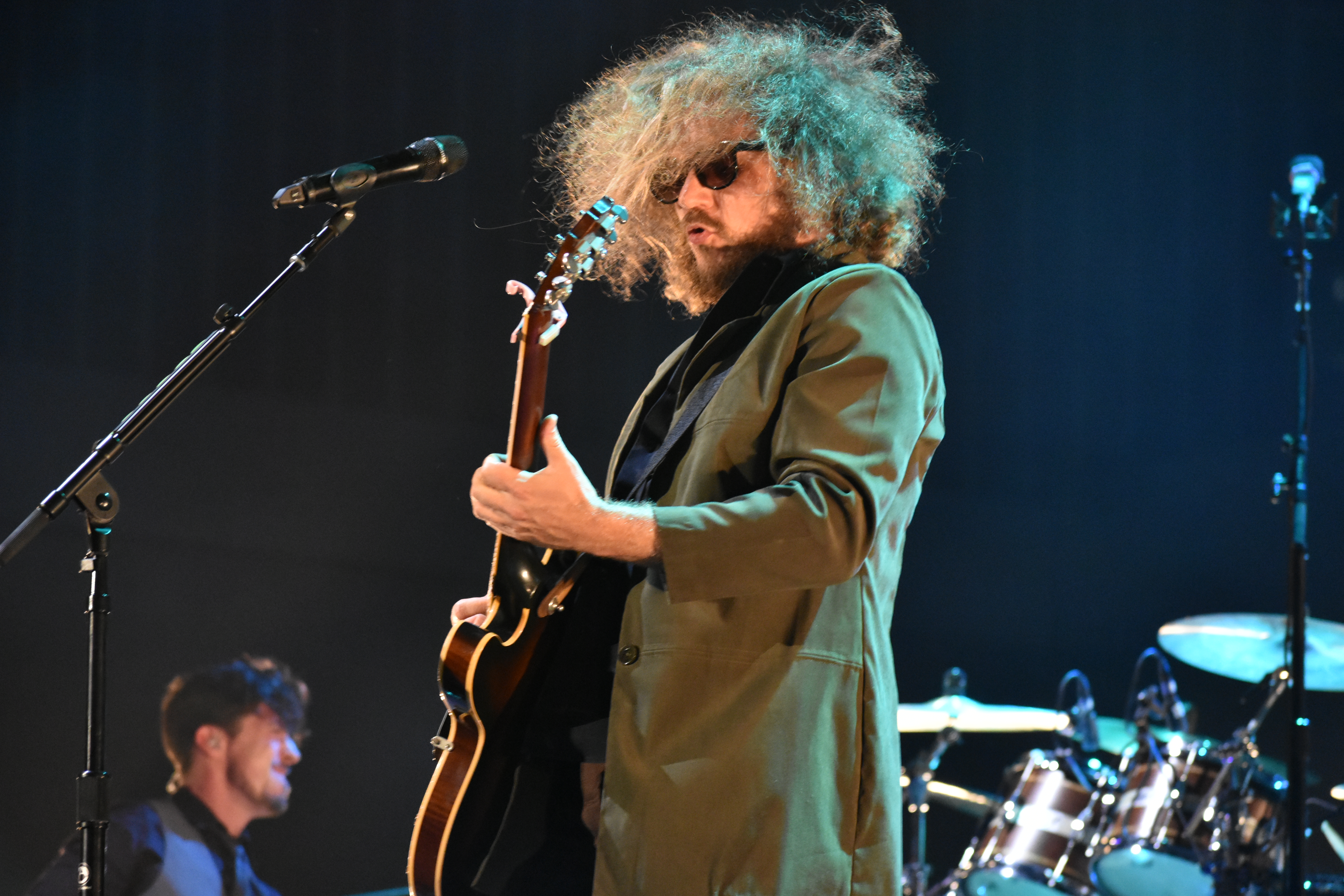 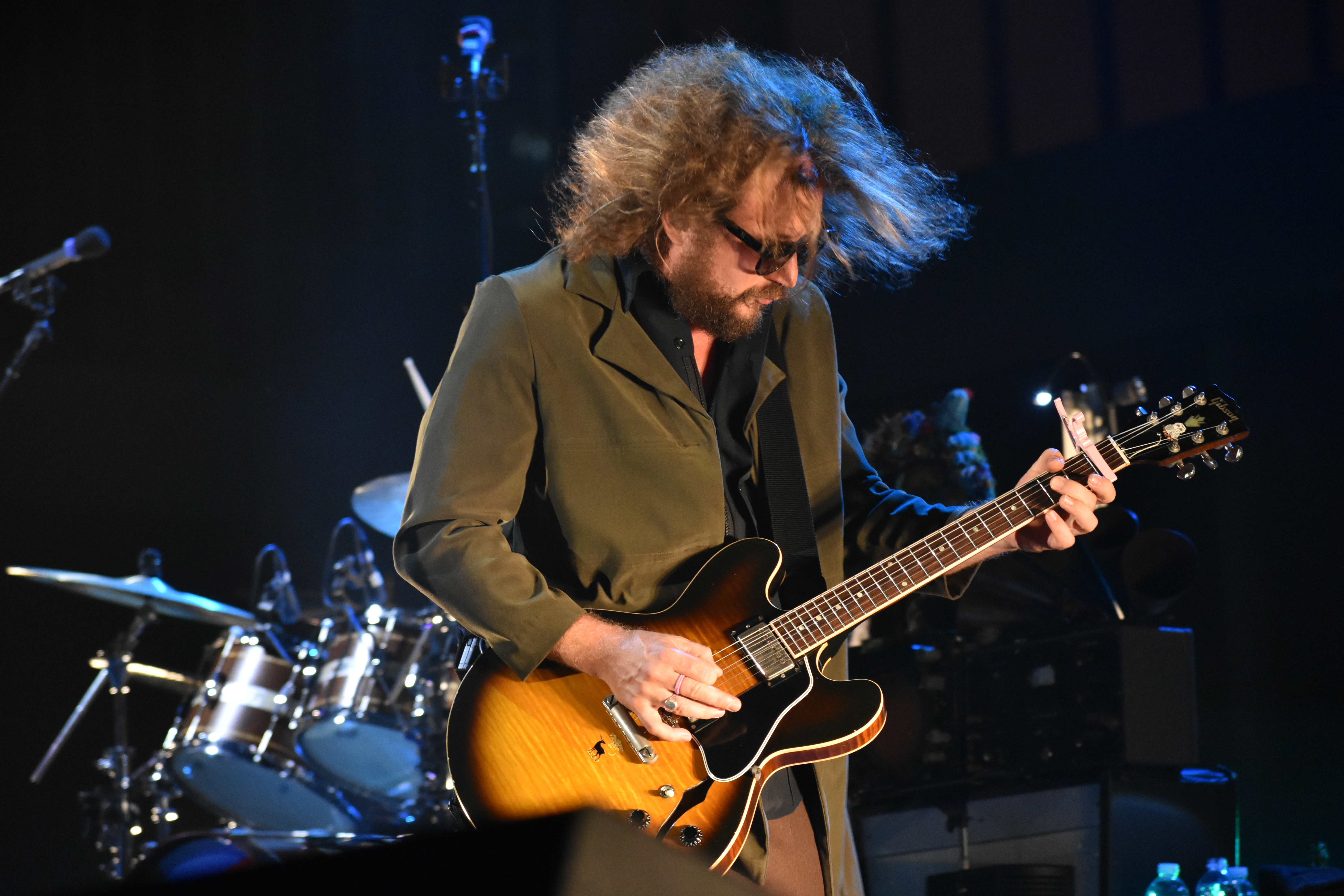 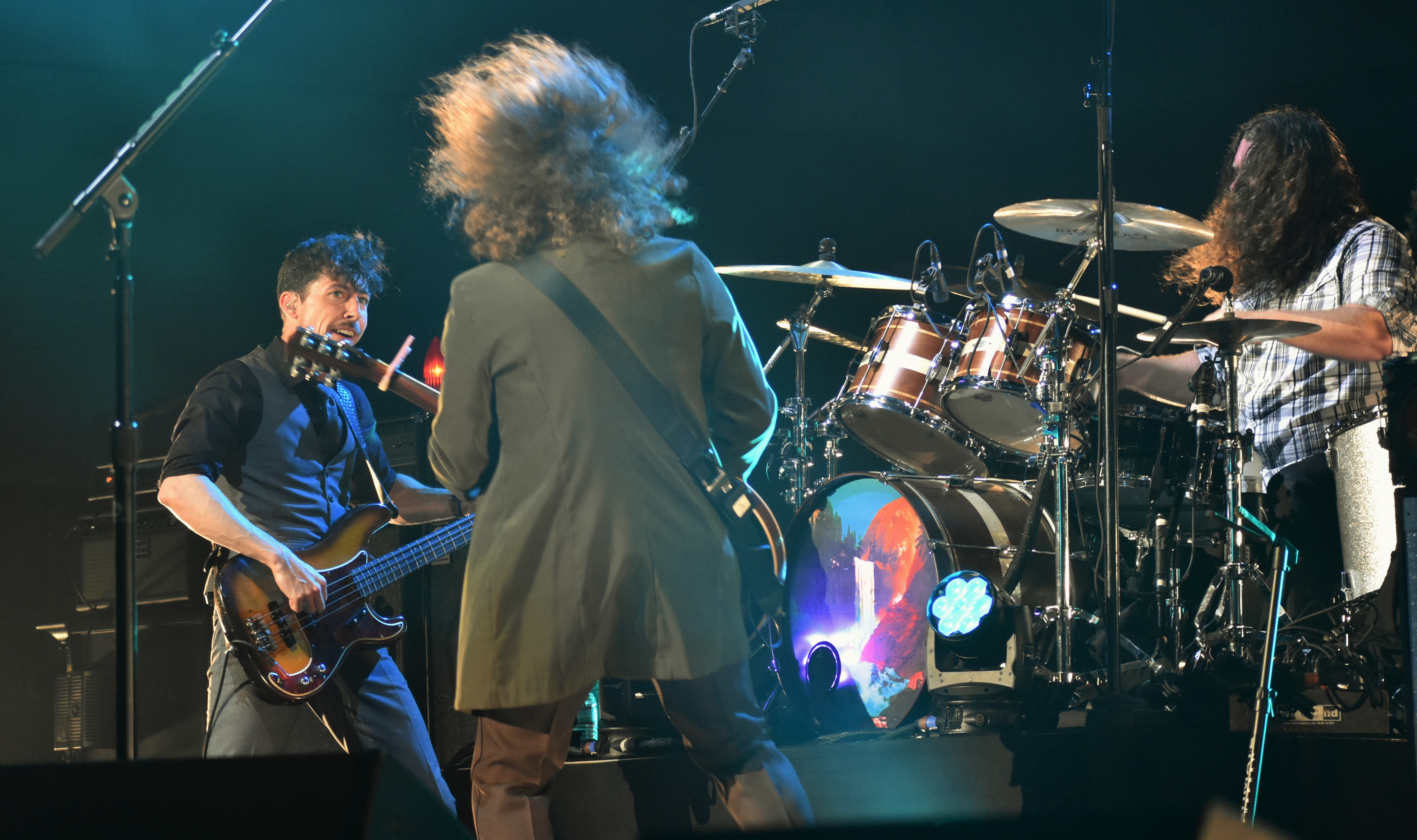 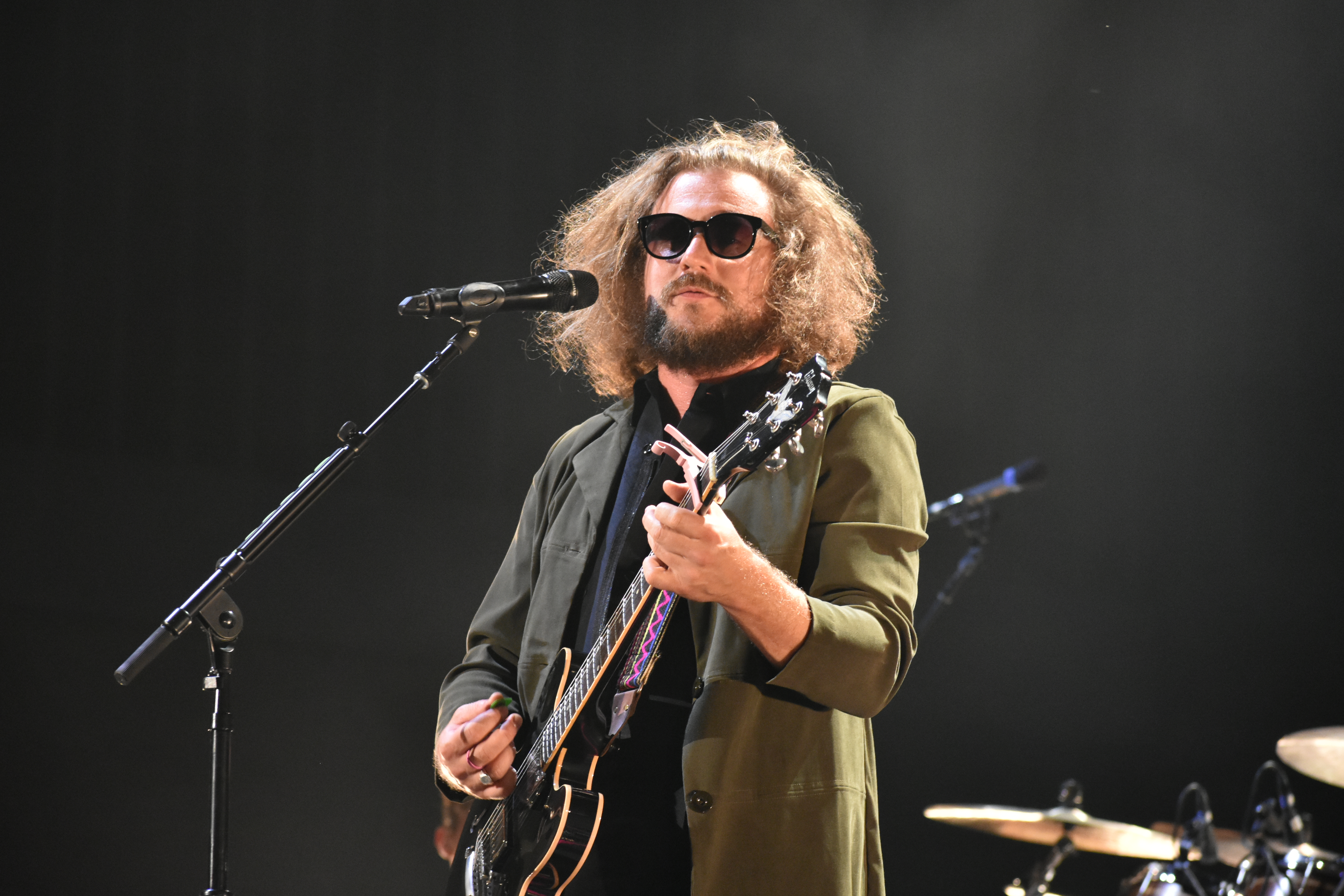 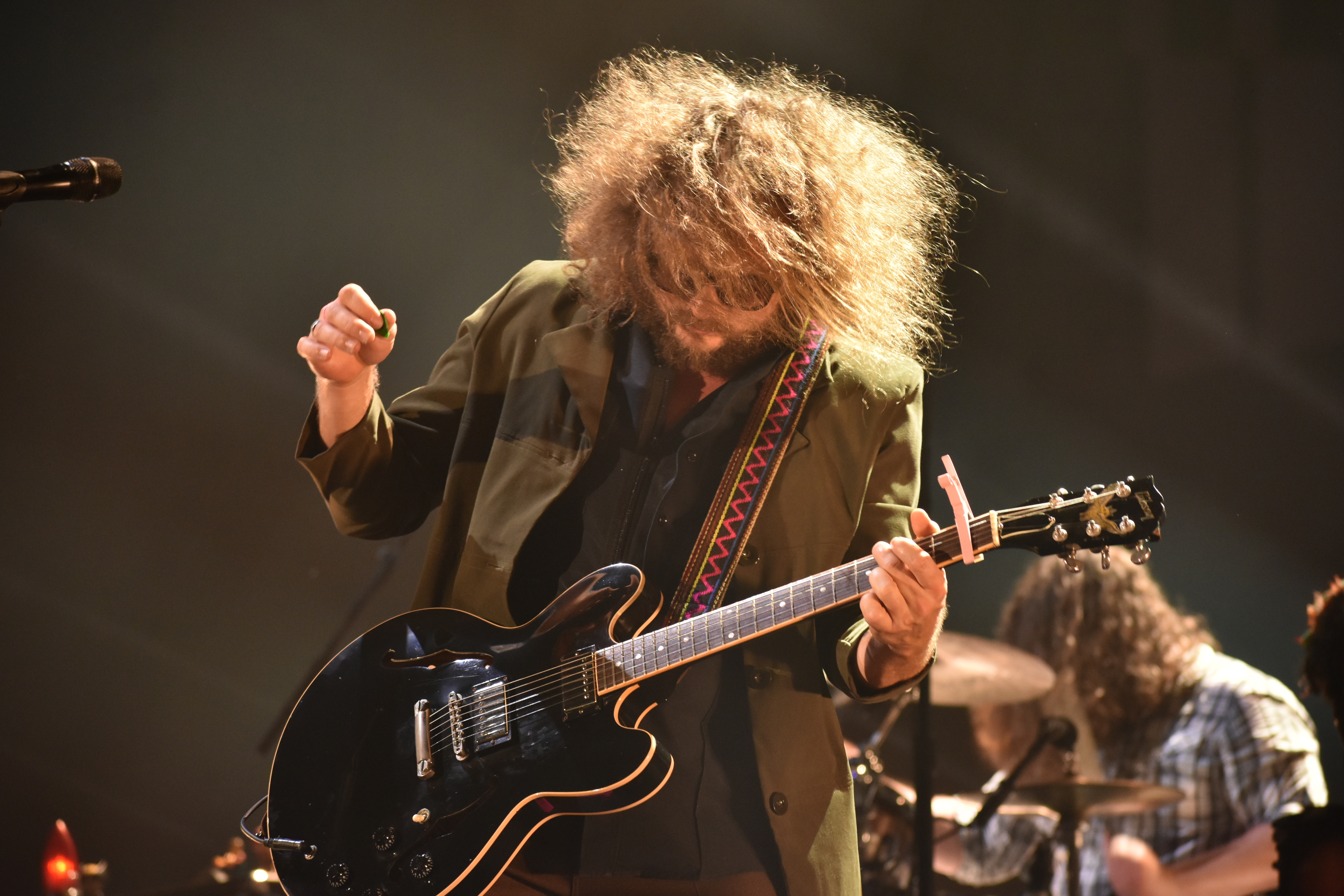 [This brilliant review was handcrafted with tender, loving care by George Maifair. These action-packed photos were captured by the one and only Sammi Maifair.]