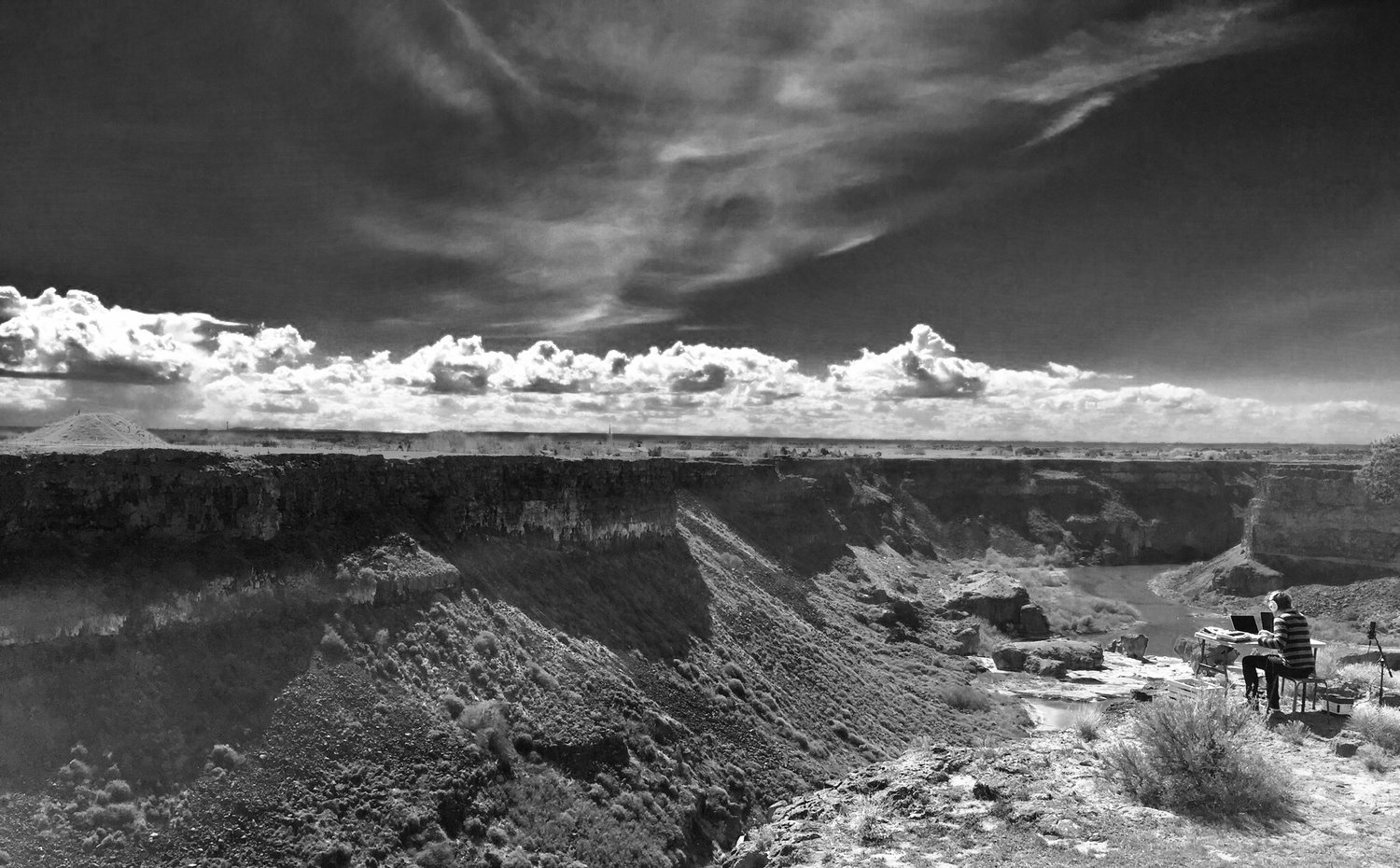 “I don’t sing with a twang, that’s not my thing. I’m not from the South. I just sing the way I know how,” says Nashville-based singer/songwriter Korby Lenker. The Idaho native, who spent many years in Seattle after college helming a bluegrass band, explores the acoustic pop realm with his new album, Thousand Springs, set for release on July 14th via Soundly Music. Lenker moved to Nashville in 2006 with several records already under his musical belt. “I didn’t really fit in the Seattle scene; at the time, Death Cab and Modest Mouse that were defining the sound,” he recalls. “I was a roots singer/songwriter. I’d been coming to Nashville for a while to write and to attend publishing meetings. I decided it was time to take the plunge. It was hard to uproot myself, I went about it in a daze. I had no money, no prospects, I just figured it would all work out,” he adds. “It did, but it took a long time.”

“I got signed to an indie label when I first got here,” he continues. “I went out on the road, and six months later, it all imploded. The label folded, it was a disaster, they hated me, I hated them, I found I was totally broke, and nobody cared about Korby Lenker in Nashville,” he laughs. “I had no marketable skills, I was 30 years old, and I had no idea what to do. I started looking forlornly through Craigslist for jobs; I was at a coffee shop and I saw a musician-y looking guy sitting near me. I needed to use the outlet he was sitting by, and I asked him if I could use it. Then I asked if he played music, and he was a drummer. He introduced me to the idea of valet parking, drove me to the Hermitage Hotel, and I got a job,” he continues of the job he held for three years. “It was good for me. I’d come to Nashville with six records under my belt and I realized I felt entitled to a music career,” Lenker admits. “I realized I didn’t care whether I had a career  or not, it didn’t change the fact that I was a artist and loved to make music. I spent those years putting myself back together, figured out where I fit, and what made me different.”

On Thousand Springs, Lenker had the chance to marry his Pacific Northwest-centric DIY work ethic with the collaborative  spirit of his adopted hometown. “My new record is not calculated, I just made a record I’d want to listen to. I’m done chasing things. I have a lot of freedom,” he says. That freedom gave him the courage to do something unique for the new album—Lenker hit the road with recording equipment in tow, and decided to trade the studio environment for, well, the actual environment. “I recorded it outside in my home state of Idaho, in all these different locations. I really wanted the place to be a part of the record, I didn’t want to make this one in a Nashville studio,” he explains. “There are a lot of songs that are just guitar and voice, it’s sparse. The reason for that is that the more you add to something, the more it takes away from from each individual thing that’s already there. I think you can feel that space in the songs, even if it’s rushing air. I like that. I wanted to get the sagebrush and the whitewater into the record,” he continues. “I stopped and recorded friends along the way as I passed through their towns. On my last record, there were so many A-list musicians that played, but I didn’t really know any of them, and they didn’t know me. I wanted to get away from that. It made me feel like a kid again, like we were just getting together to play. I worked with one person at a time, and I was able to get so much quality from those interactions,” Lenker adds. “I felt like I had permission just to be me.”