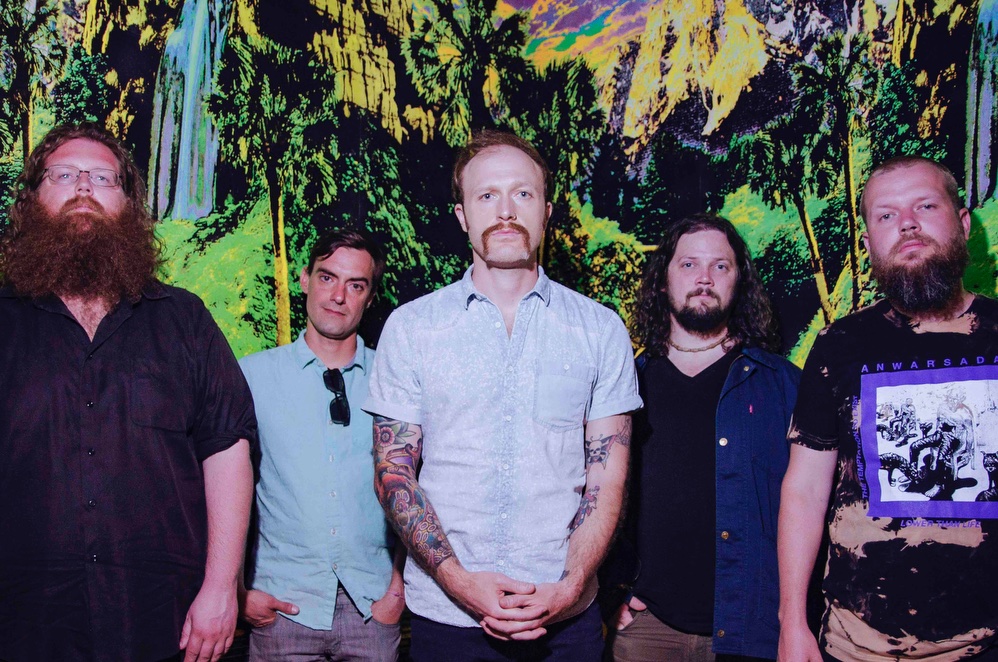 Louisville’s beloved post-punk outfit Quiet Hollers, who toured for the greater part of last year, and who will appear at Nashville’s The Basement on Friday, June 30th, will release their new album, Amen Breaks, on  July 7th via sonaBLAST!. In keeping with frontman Shadwick Wilde’s penchant for double and triple entendres, the record’s title has more than one meaning. “The ‘amen break’ is a drum sample from a song called ‘Amen Brother’ that was a B-side on a 1969 album from The Winstons,” Wilde explains. “It was an unknown piece of music that over a couple of decades, became the most sampled piece of music of all time. It became this thing that was used in an underground capacity by garage and house music, and then it crept into pop—it was in the Futurama and Powerpuff Girls theme songs, in commercials, on major records, everywhere. The Winstons never got a penny from any of it, because the licensing laws were kind of nonexistent then. The name refers to the sample, but it also symbolizes the  erosion of faith, and also to the sounds one hears at a religious ceremony, when the officiant says ‘amen’ and the crowd responds, the amens break across the crowd,” he adds. “The album deals with spirituality and mortality, and commentary on the cyclical nature of pop culture.”

The album was largely inspired by the tragic death of Wilde’s close friend Travis Case. “My friend Travis was a veteran, and he committed suicide a couple of years ago,” he recalls. “After his death, I became close to his parents in the grieving process, and tried to support them. We were all trying to understand what had happened and why, and trying to process those things through our own individual beliefs. He wasn’t very religious, but his family is, and their faith was a source of comfort to them,” he continues. “As an atheist, I couldn’t share that with them, but I tried to find ways to connect with them and show compassion. The record asks how does a person who doesn’t believe in an afterlife or a soul come to terms with and accept a devastating loss like that. It leaves you with so many unanswered questions. I thought it was more important to ask the questions than to provide the answers here, I mean, who am I to be answering those kinds of huge questions? I wanted the audience to think about what they believe and the losses they have experienced in their own lives.”

Appropriately, Amen Breaks will be released at the beginning of Mental Health Awareness Month; G.C. Coleman, the drummer who played the original drum part known as the “Amen Break,” also struggled with mental illness, and died homeless on the streets of Atlanta. “This is the guy whose work is the most recognizable drum loop of all time,” Wilde says. “That story encapsulates so much of what’s wrong with our cultural landscape.”

“It’s something I deal with personally and in my relationship, it’s been part of my family’s history for generations, depression, anxiety, and panic disorders,” Wilde continues. “Travis had struggled with depression and alcoholism and had been dealing with PTSD from his time in the military. One of the things that’s helped me cope with that loss is to talk about it as frankly and openly as I can with anyone who wants to,” he adds. “For me, that means talking about mental illness and acknowledging it’s something we all struggle with.”