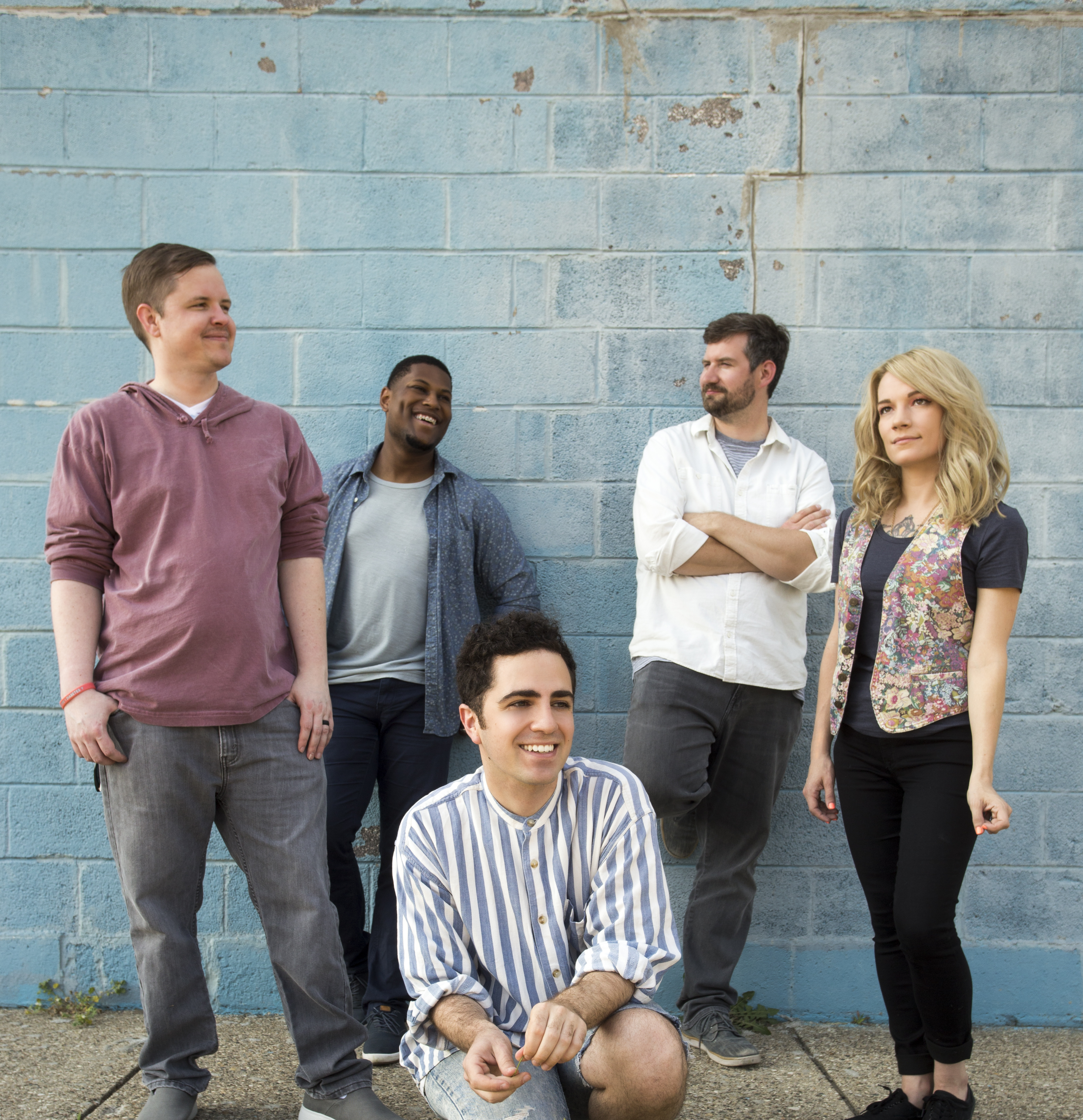 In 2015, Bryan Akcasu, the creative force by alt-pop project Two Cheers (and pizza chef extraordinaire), was in transition. In the midst of releasing a brilliant sophomore album, Splendor, the Los Angeles-based Akcasu packed his bags, drove cross-country, and put his kickstand down in his home state of Michigan. After lineup changes, personal tragedy, and starting over in a lot of ways, Two Cheers, composed of Akcasu, Austin Lutzke, Carlton White, Megan Marcoux, and Owen Bickford, is back with a brand new album, Rollick, set for release on July 14th. Rollick features ten poptastically textured tracks, Akcasu’s Robert Smith-esque vocal style, and everything else we’ve grown to love about this Detroit-based band. Check out Akcasu’s track-by-track breakdown of Rollick, and get ready to rock out:

When I’m stuck on something or feeling unmotivated, I channel my muse’s version of me, which I think is a better version of me, to keep going — keep being creative and productive. It’s called “Over My Shoulder” because I can always feel that presence. The unusual structure of the song, Owen’s cascading synths and Carlton’s frantic drumming really make this song stand out.

This song is supposed to lament the death of a loved one and communicate fragility of life by juxtaposing the morbid imagery in the versus with the happy memory in the chorus. Overall, the song has an upbeat feeling because I thought the song would be too sad if both the lyrics and the music were so dark. This is the first piece of music we wrote as a band for the record. It’s also a blast to play live.

Sometimes I get into a manic, hyperactive headspace where the world around me comes alive and everything seems to say to me “Our time together on this Earth is very short, and that’s what makes it special and not be taken for granted.” It makes me want to make my world a wonderful place to be. This is my second favorite song from the record.

It’s about the inkling of regret I have that, even though I tried to spend as much time as possible with loved ones that have passed, maybe I could’ve spent more time, or called more, or made more of an effort to be there. I think it’s part of the grieving process to wonder things like that, and it is a struggle to forgive oneself. Along with “Rollick”, “Woman…”, and “Gift”, the music came about through jam sessions with the band. It’s Megan’s favorite.

Love You To Death

This song is a simple, straightforward ode to being devoted and cherishing someone you love. I like to find those revelations in everyday life that strengthen my commitment and make my love deeper. The minimal, minor key, stripped-down style is very different for Two Cheers, but I’m really proud that we could pull it off. Even though there are barely any drums on this, this is our drummer Carlton’s favorite!

Another love song, full of details and colorful language. That plays into the idea that the little things in life can be “gifts out of anything” if you decide to think of them that way. I like to take our weirdest jams and make songs out of them as a sort of challenge, and this song came about like that. Megan and Owen came up with main theme. The drum pattern and bass lines are standouts to me, and the bridge is one of my favorites on the album.

No Good At Talking

This is the first Two Cheers song ever! I wrote it a few years ago in California and finally got around to recording it this year. It is easier to digest than a lot of our other songs but maybe that’s what makes it shine. It’s about not being able to express myself when it really matters; letting fear and insecurity take over when situations get heavy. I think a lot of people can relate to it, and I’m really satisfied by the melody and the groove. This is Austin’s favorite.

Austin came up with this bass line playing along to the weird chord progression I came up with. I think it’s another stand out for the rhythm section. Owen and I think these might be the catchiest melodies on the record. The lyrics are about someone that is vowing to win over the skeptics, and was partially inspired by something I heard my aunt tell my mom: “You were just a scared little cookie when she met you, but you became like a daughter to her.”

This song is about resignation and feeling completely defeated, and the dystopian world depicted in it is a metaphor for that. My mom’s sickness and death from cancer was a huge blow to me and my family, and for awhile I was just overwhelmed. After a period of not being able to write about it, the lyrics came to me in a dream. I’m really proud of it, especially the bridge. It’s the emotional peak of the whole record, which the band figured out at the last minute before recording. This one makes me cry.

Rest Of My Life

For a week before she died, my mom was often in so much pain that she had to take lots of powerful painkillers, so much so that she often said odd, poignant things; that, or she was just unconscious. So, this song is an attempt to fill in the blanks, to give a more cogent perspective to that last week of her life. With the lyrics, I tried to express what I hope her own last thoughts and feelings were, and with the music, I tried to convey a sense of peace, acceptance, and graceful passage.