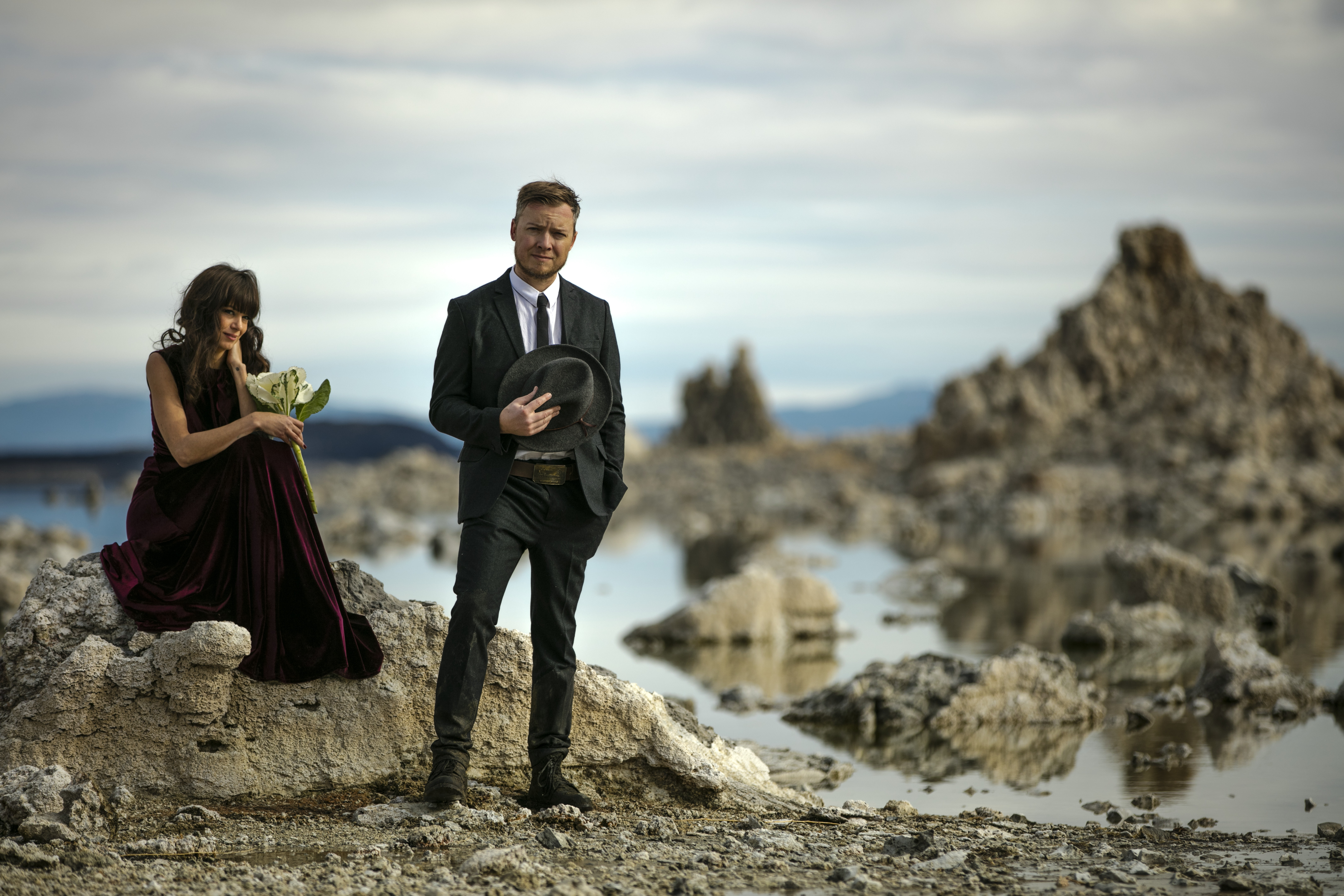 “In 2010, I was looking for a guitar player who could write songs. I’d never been in a band before—I was in band in school, but I wanted to be in a rock band,” says Little Hurricane drummer CC. “I made a video of myself playing drums and posted it, and Tone was one of the folks who responded. I had him meet me at the bar where I was working to make sure he wasn’t a super creep,” she laughs. “I got some pretty creepy responses. He had worked with artists like Gwen Stefani and Christina Aguilera, and I didn’t believe him at first. We connected right away over music we liked, and found out we were neighbors on the same street whose paths had never crossed. We decided to practice together; he showed up at my door with an old, ratty, tweed suitcase he’d turned into an amplifier, and I loved it,” she recalls. “We played our first show together after a couple of months.”

Tone came to the duo with an armful of songs, and the pair leaned on their influences distilled with the dusty sounds of southern California.  “There are only two of us, and we wanted to keep it really raw,” CC explains. “We’re both inspired by the deserts of southern California, where things are old and decaying. It crept into our sound; we leaned on our jazz influences and love of songwriters like James Taylor to inspire our lyrical content,” she adds. “We wanted to combine great content with swampy blues.”

Little Hurricane recently released Same Sun Same Moon, their fourth album; created on the go over the last couple of years, the duo recorded the songs as they were written, effectively alleviating the pressures that come with acquiring studio time. “We can experiment and do all different kinds of things, then pick what we like and what sounds best,” says CC. The band is currently on tour supporting Same Sun Same Moon, which will bring them to the Music City for a show at The High Watt on Friday, June 16th, with local favorites Great Peacock providing opening support. “Nashville has definitely grown on me,” says CC with a smile in her voice. “It’s a music town and listeners have high expectations at a live show, which is good. We made sure this time to play on a Friday so people can be more relaxed and have fun. I’m also a fan of hot chicken, so that alone is all the more reason to make a trip to Nashville,” she laughs. “We’re really excited to go back.”