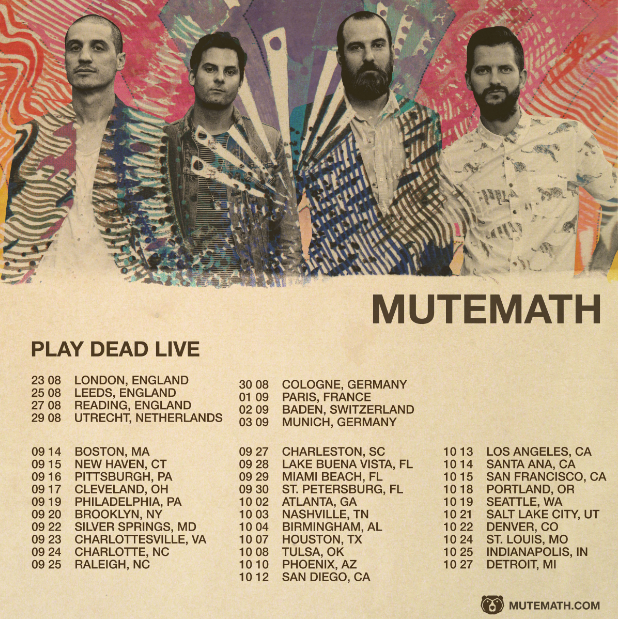 HOLY BUCKETS, Y’ALL. Our favorite Grammy-nominated funktastic electro-rock conglomerate, MUTEMATH, is back with new music for eager ears–their new single, “Hit Parade” is a tasty morsel of the goodness to come.

The band will soon release their fifth studio album, Play Dead, their most progressive work to date. In creating this new music, they took an unhinged and unguarded approach, while also pulling inspiration from previous albums, including 2011 fan-favorite Odd Soul. “We played every chord we knew, we included every beat, fill and effect we could imagine and let the harmonies and arrangements roam wherever they could find space,” says iconic drummer Darren King, who often sports headphones gaffer-taped to his head. “There wasn’t a lot of ‘hey, you probably shouldn’t do that.’ It was more ‘hey, how can you go even further?’” “I think what we wound up with for the first time is a MUTEMATH album with no guard rails,” adds lead vocalist/keyboardist Paul Meany, “Which, after making 5 of these now, it’s been an invigorating experience to say the least.”

Until then, be sure to give “Hit Parade” a spin: