The warm weather is here to stay in Nashville, which means that Musicians Corner is now in full swing–the weekly spring/summer/fall free music event is one of the perks of living in Music City. The series has continuously grown and has an impressive lineup this year; with so many great artists, we had to head over on the first weekend and get in on the fun!

What better way to kick off the day than East of 8th favorites, The Harmaleighs? The  duo’s harmony-spun songs of longing, introspection, and gender equality grabbed the crowd’s attention while their rock-tinged folk pop drew people close.  The show highlighted their stellar new album Hiraeth and the stories behind its lyrics. 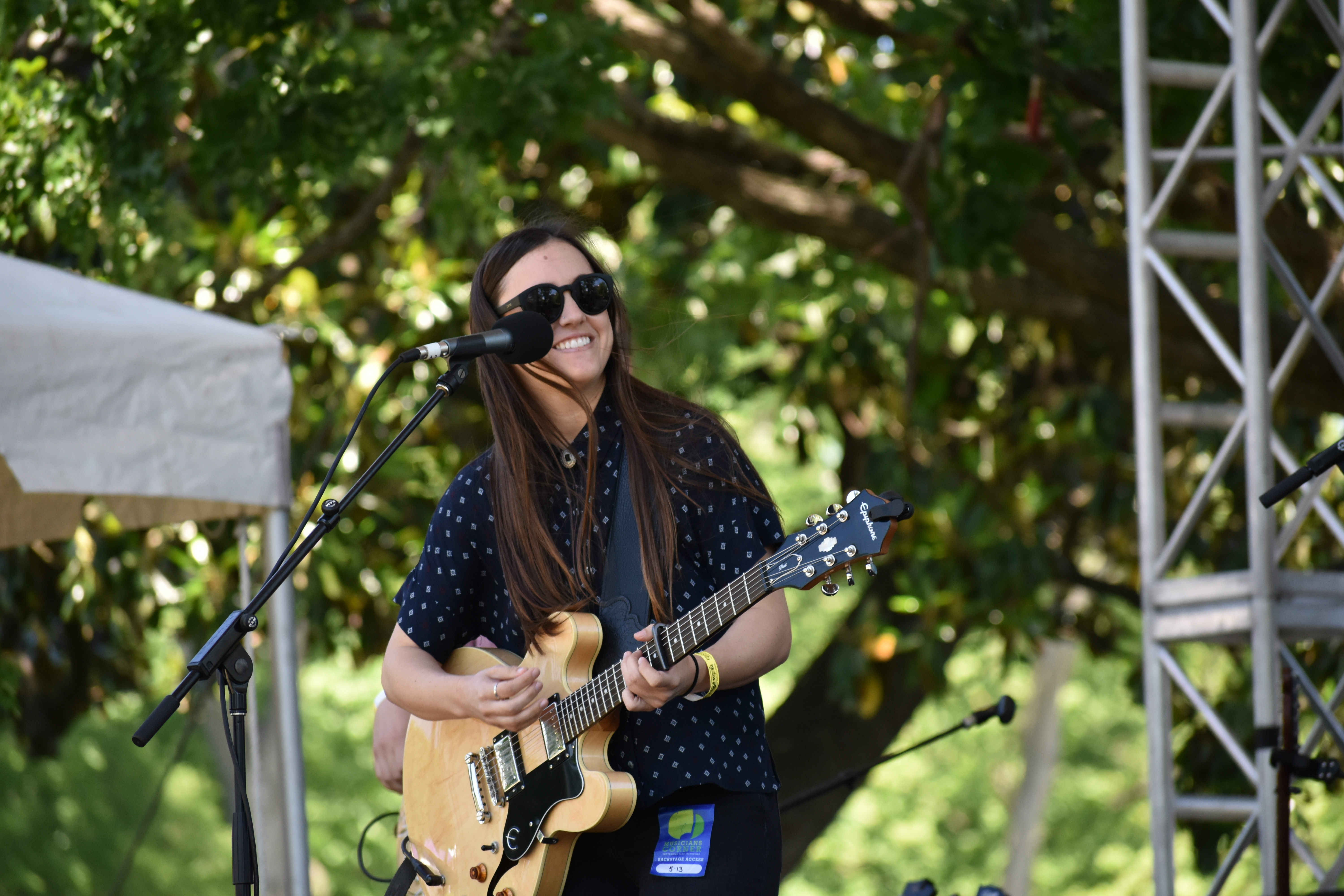 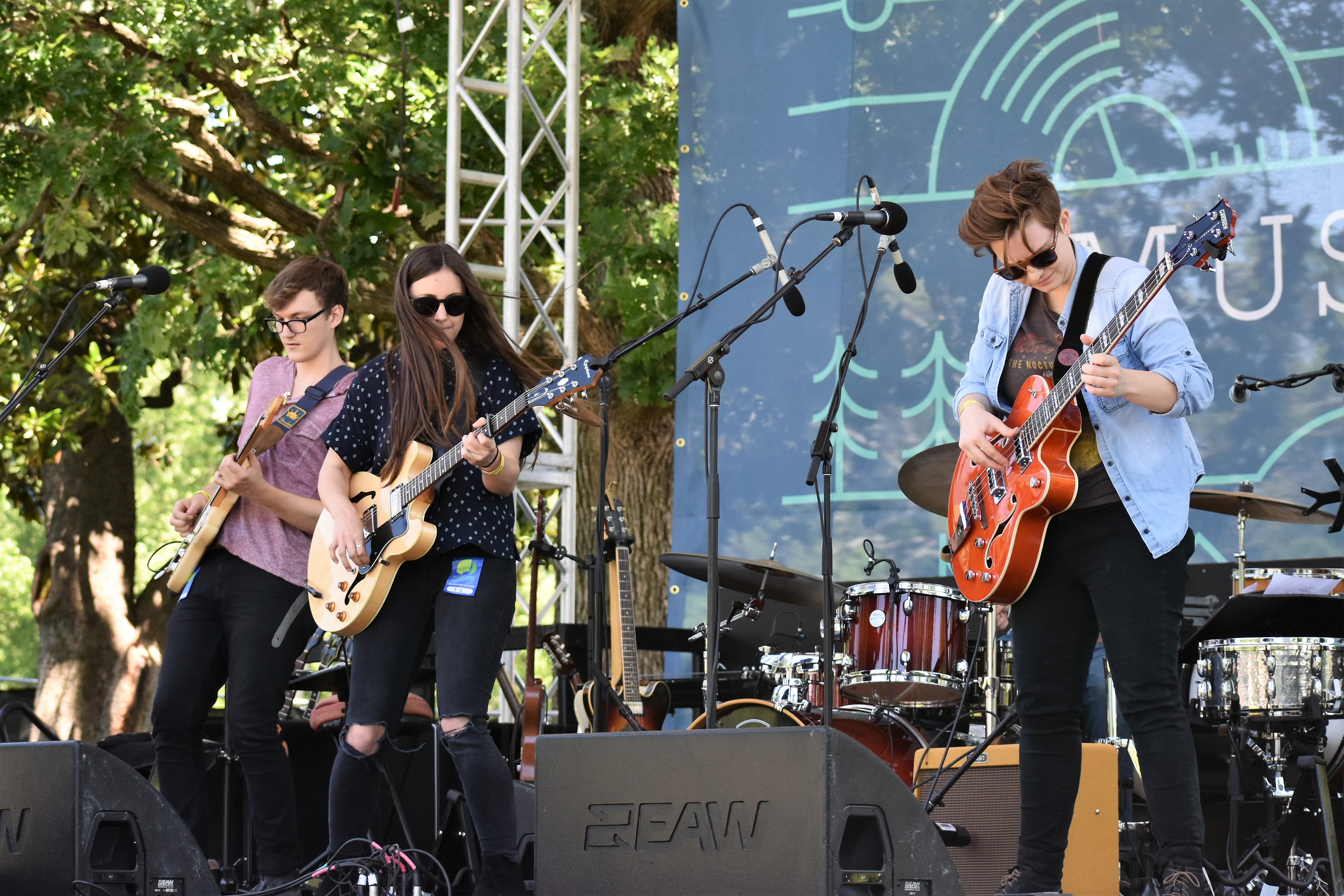 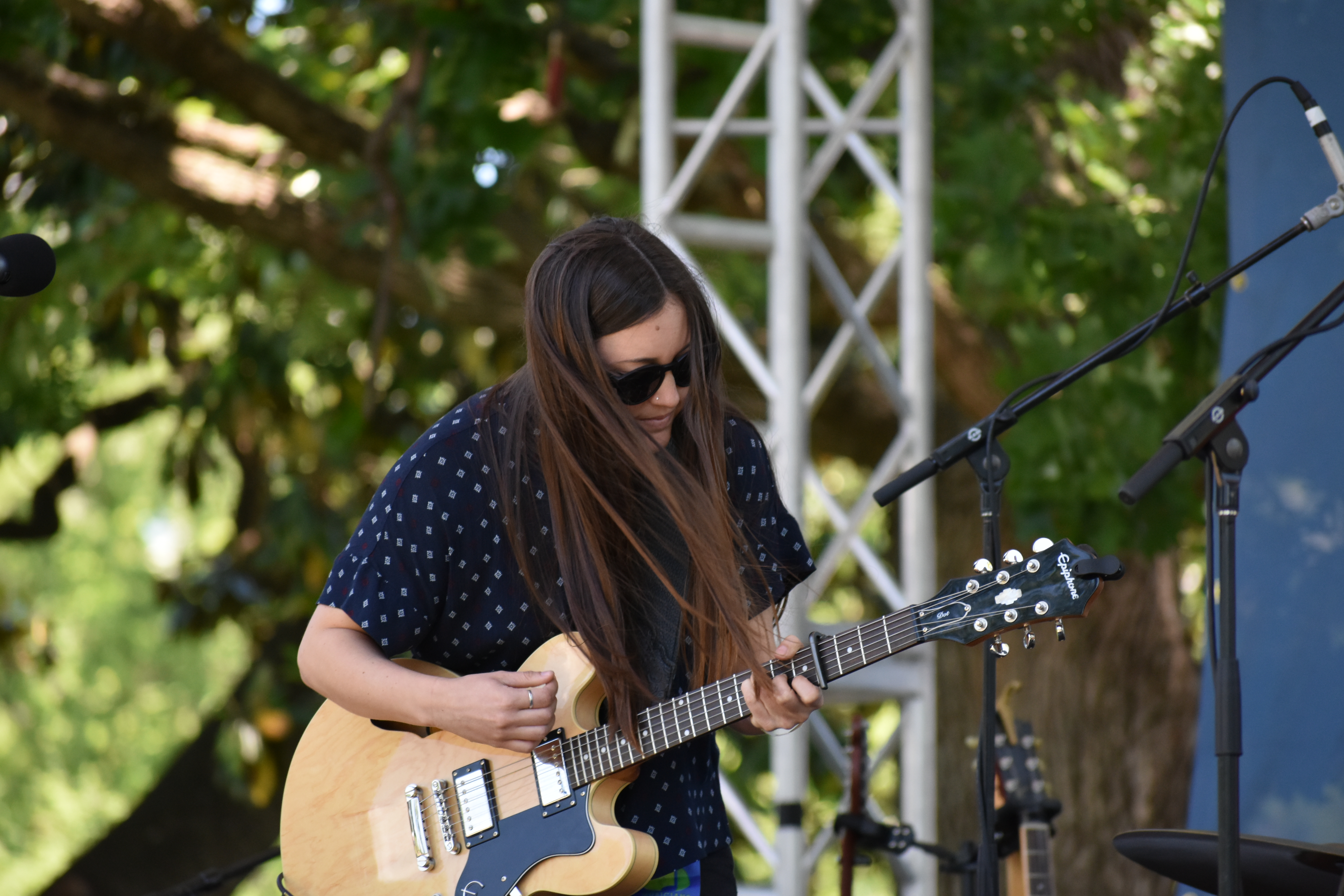 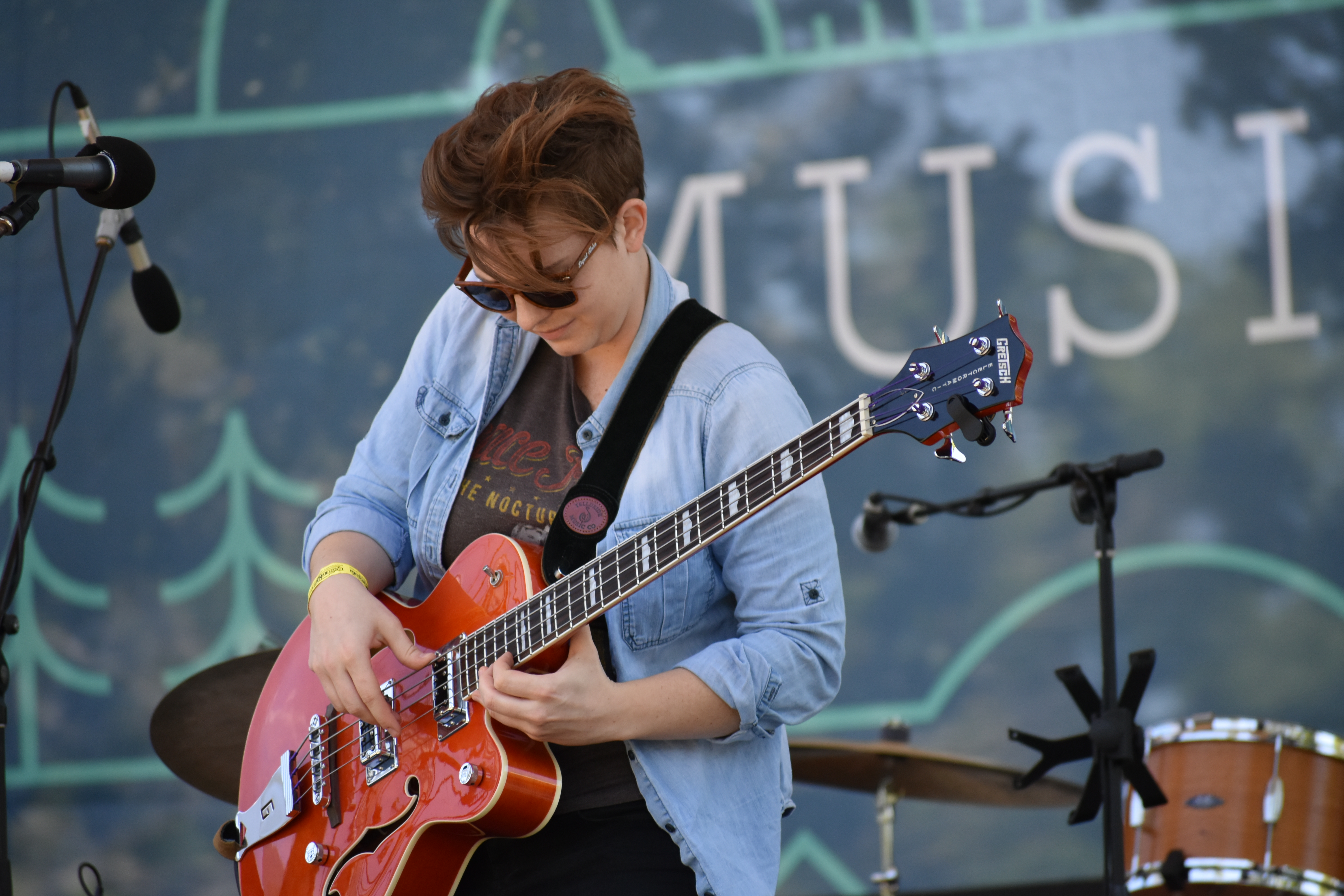 In addition to the main stage that boasts full band shows, Musicians Corner also features the Lightning 100 Acoustic Stage.  She may have only had a guitar in hand, but folk singer Katie Buxton filled Centennial Park with her captivating story-telling works. 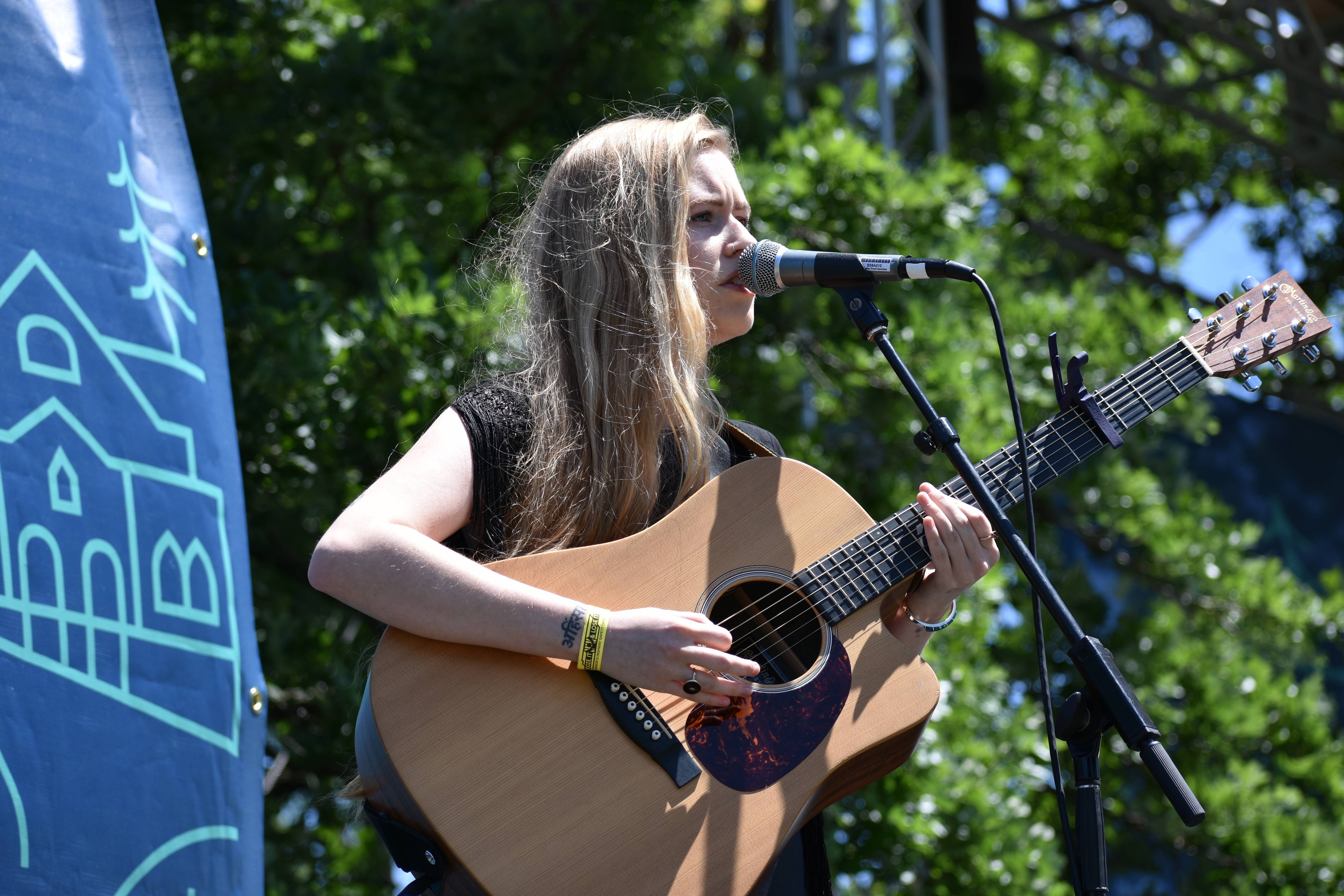 The sun may have been rising in the sky, but the real heat came from the fiery guitar of the day’s next act, Carey Ott. With bluesy alt-country riffs, Ott got the park jumping, but also touched on the sentimental when he dedicated his song “Stars” to moms since Mother’s Day was just around the corner. Aw. 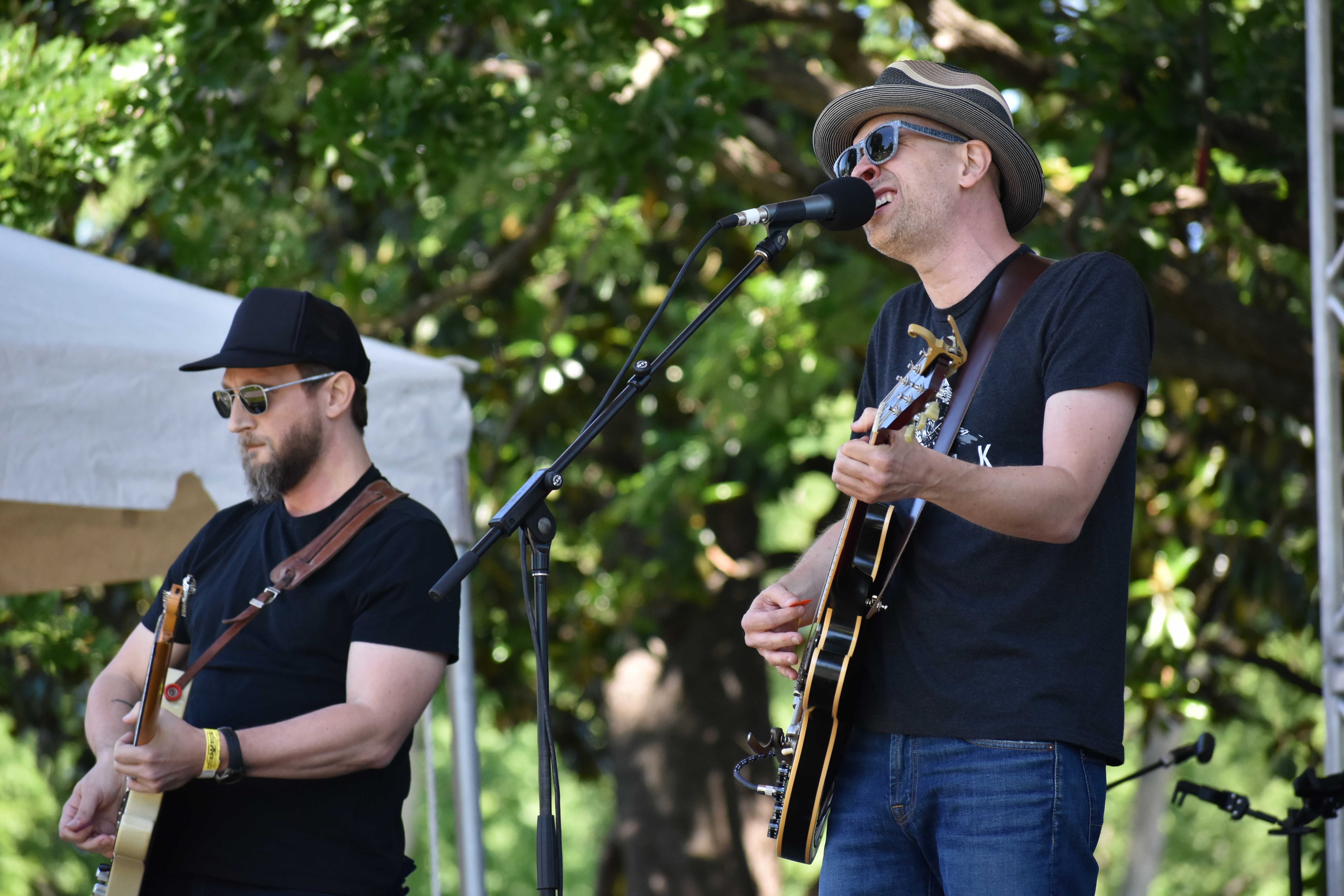 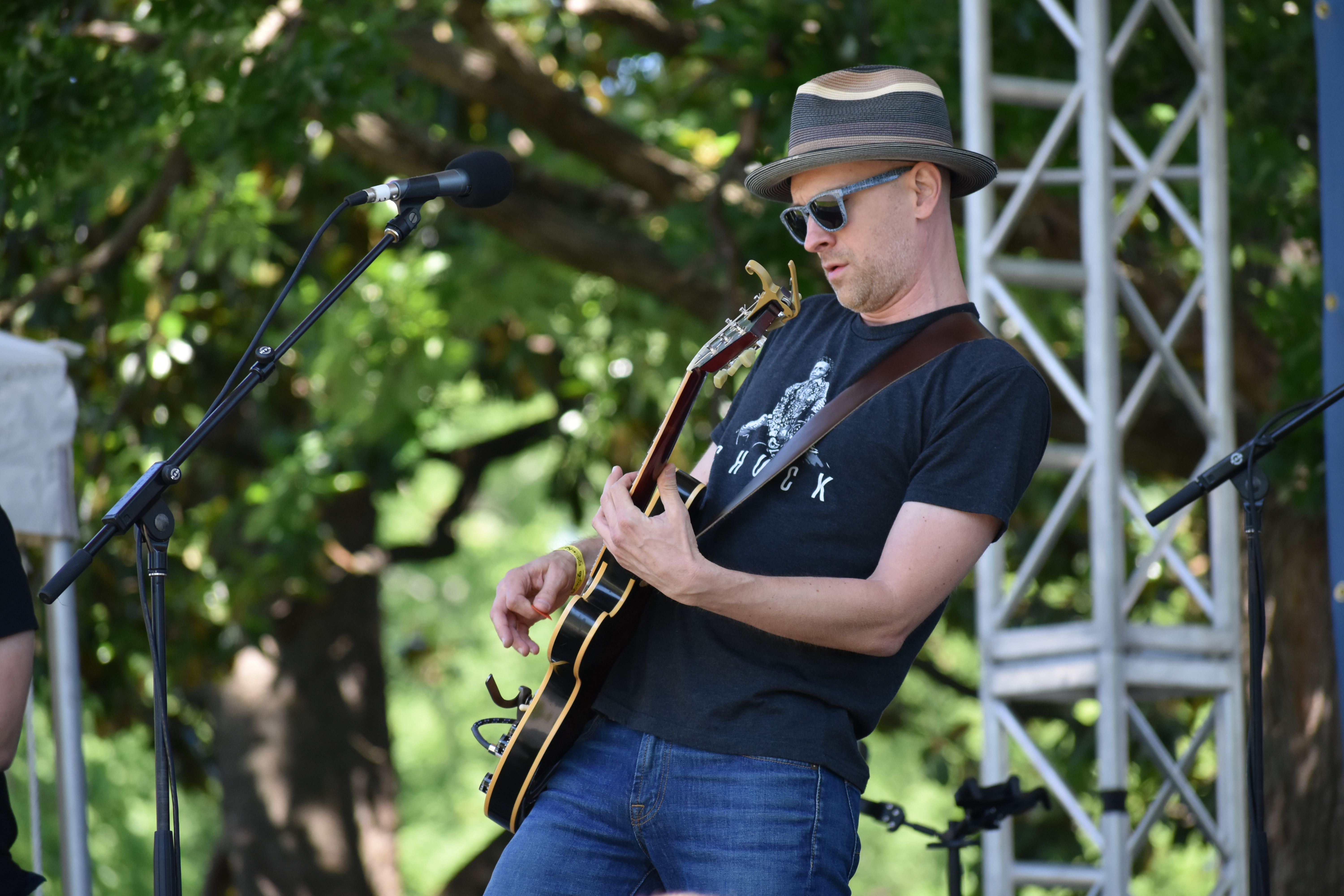 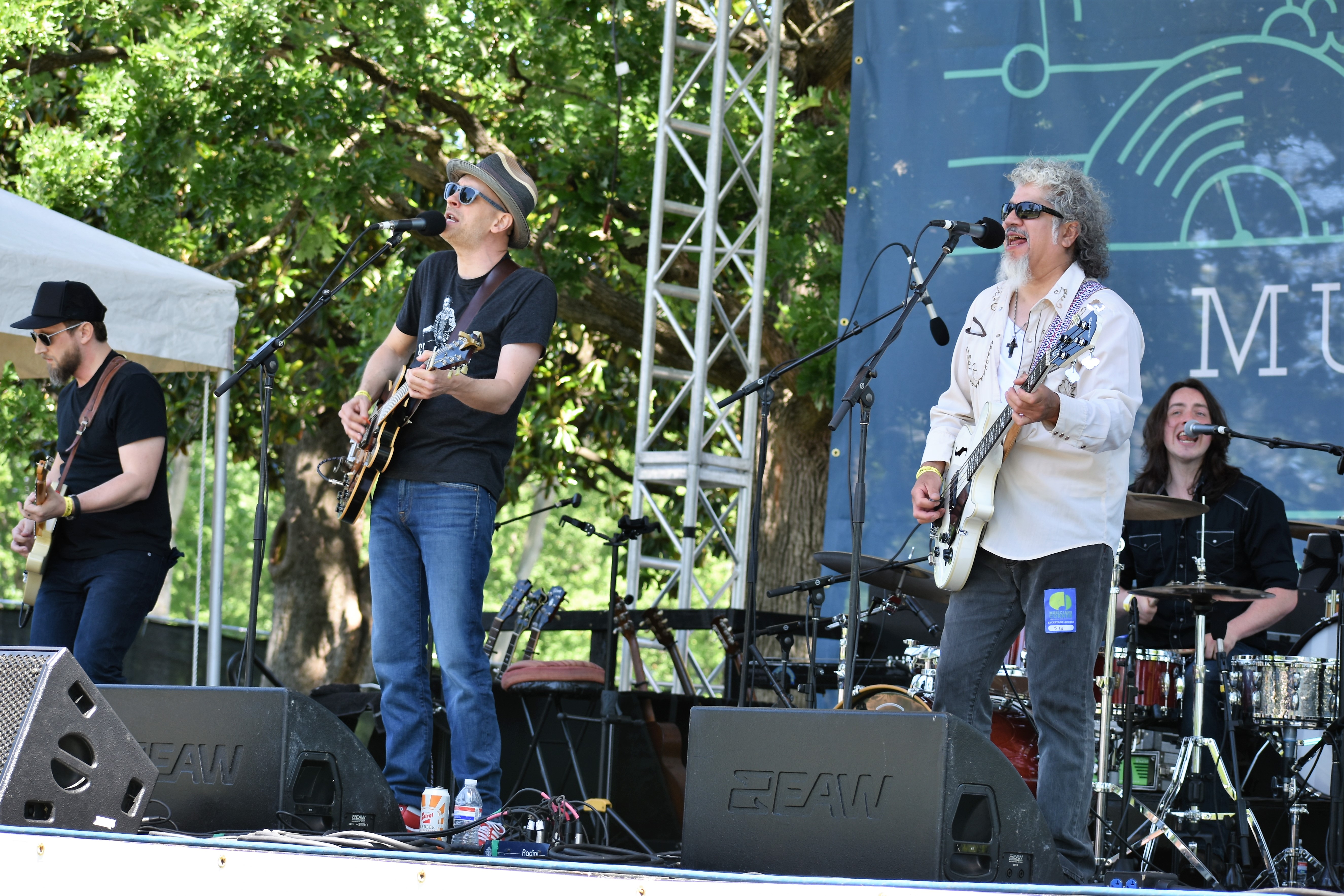 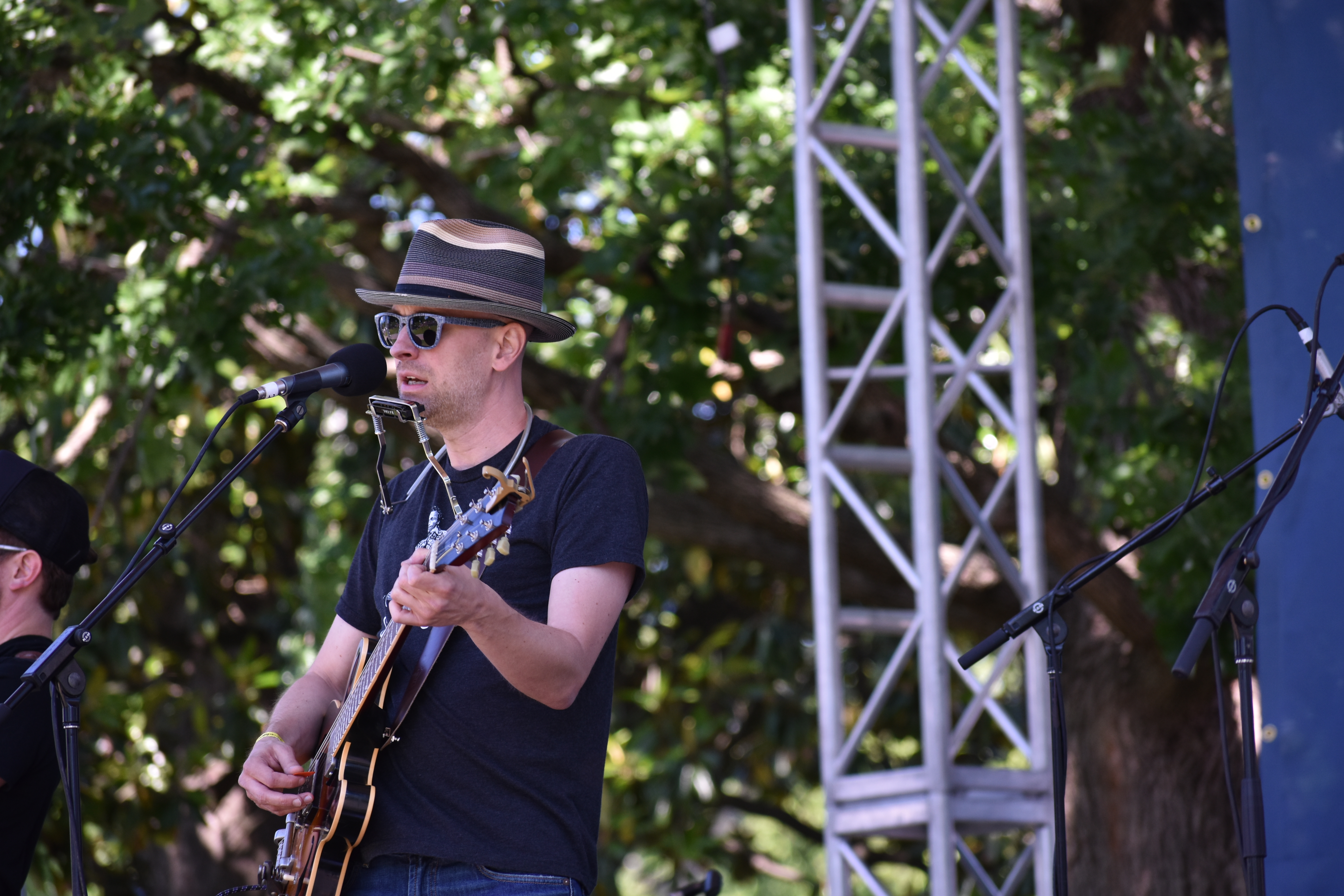 In addition to the amazing musical lineup, the event is a showcase for local organizations. Musicians Corner even let an adoptable furry friend from local animal rescue Proverbs 12:10 crash the stage. 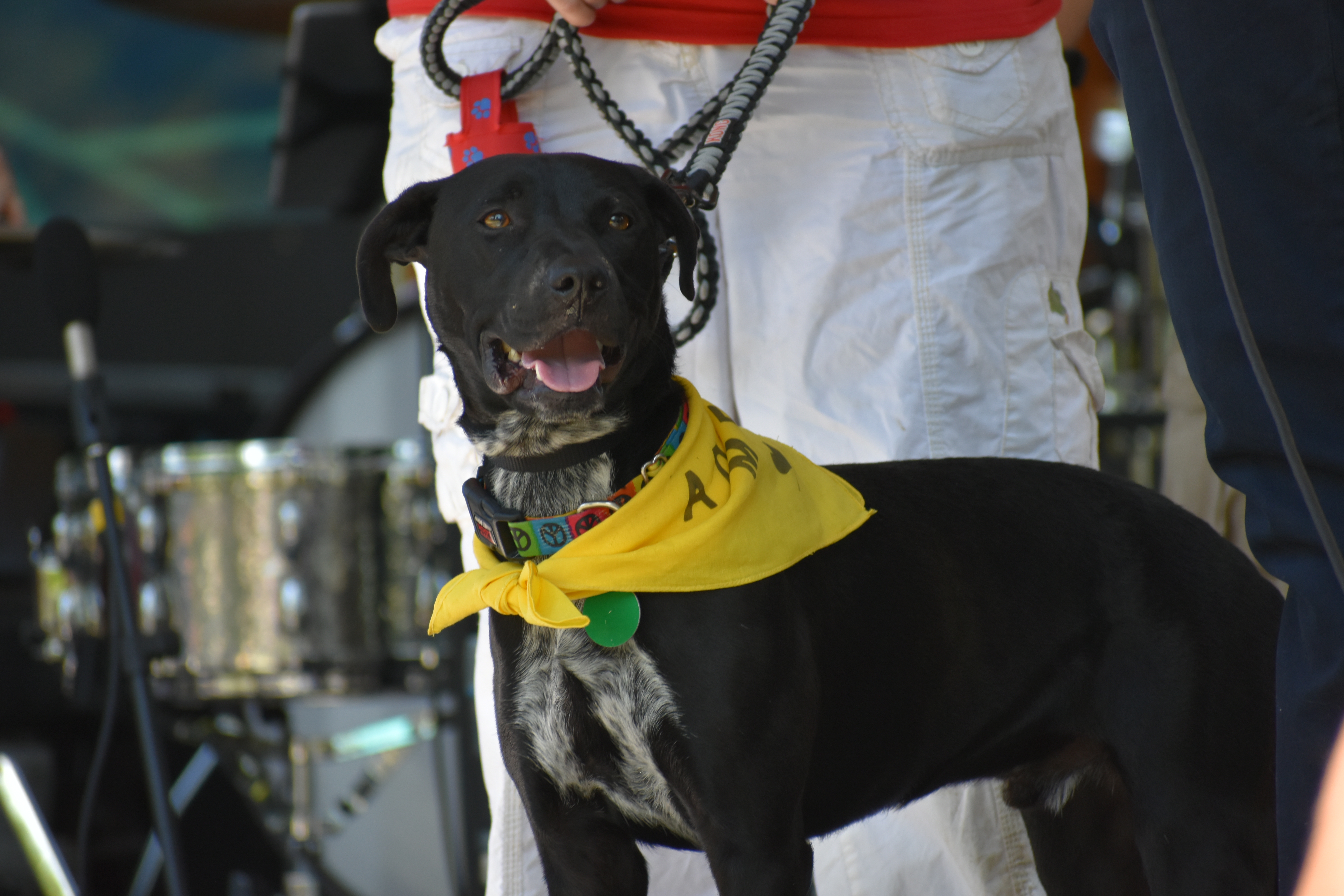 Next up for us was a taste of heartfelt Americana from Nina Ricci, which kept the growing crowd entertained with her twangy folk sound. 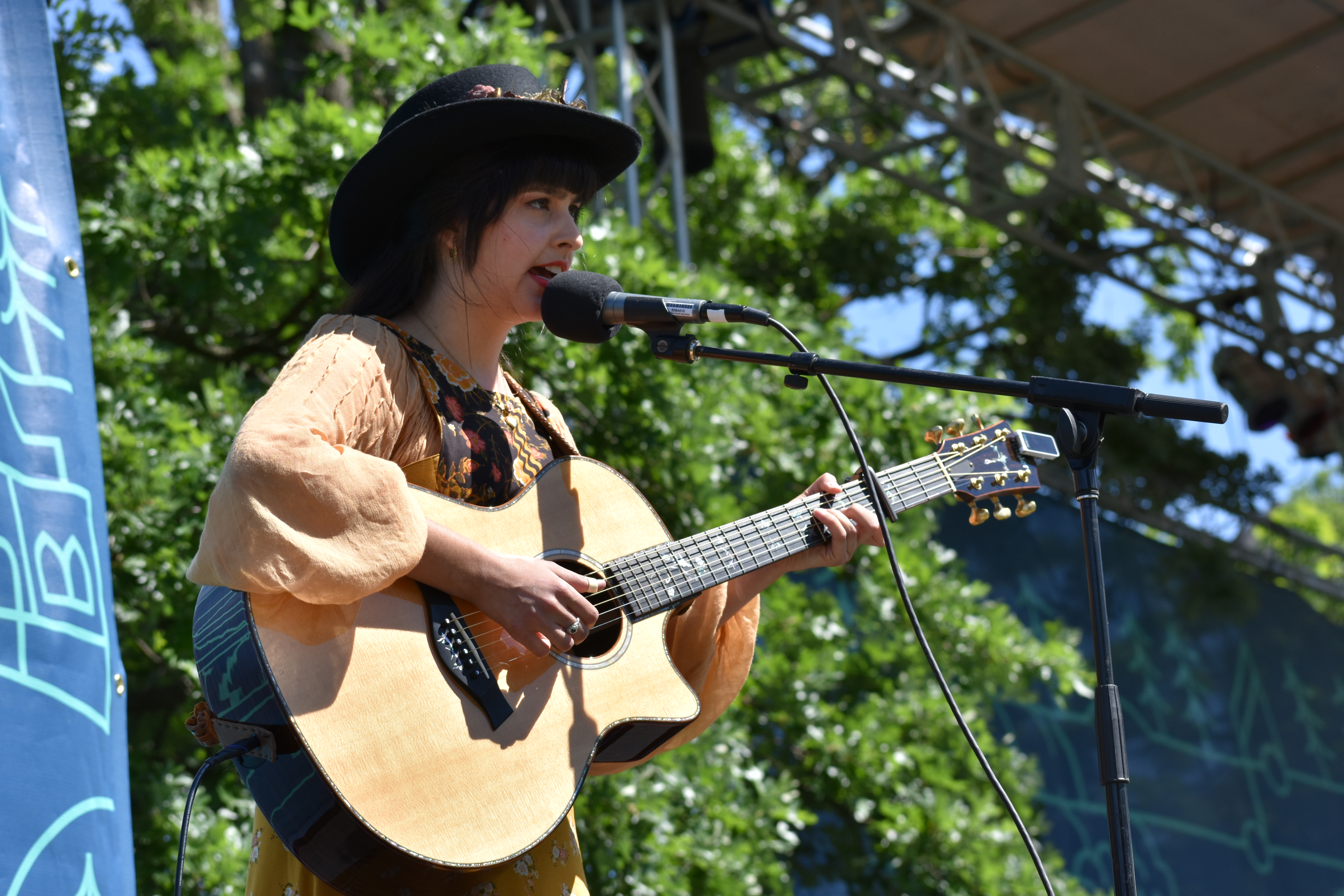 East Nashville’s Smooth Hound Smith’s sometimes jangling, often bluesy, foot stomping Americana was the perfect thing for a laid back Saturday in the park.  There is something about this band that always gets people to their feet and Saturday was no exception.  There was already steady handclapping and some dancing throughout their show, but a rousing harmonica solo got the whole place moving. Nashville is known for having special guests, and Smooth Hound Smith brought out the big guns when their dog, Wilma, joined them on stage for a song. 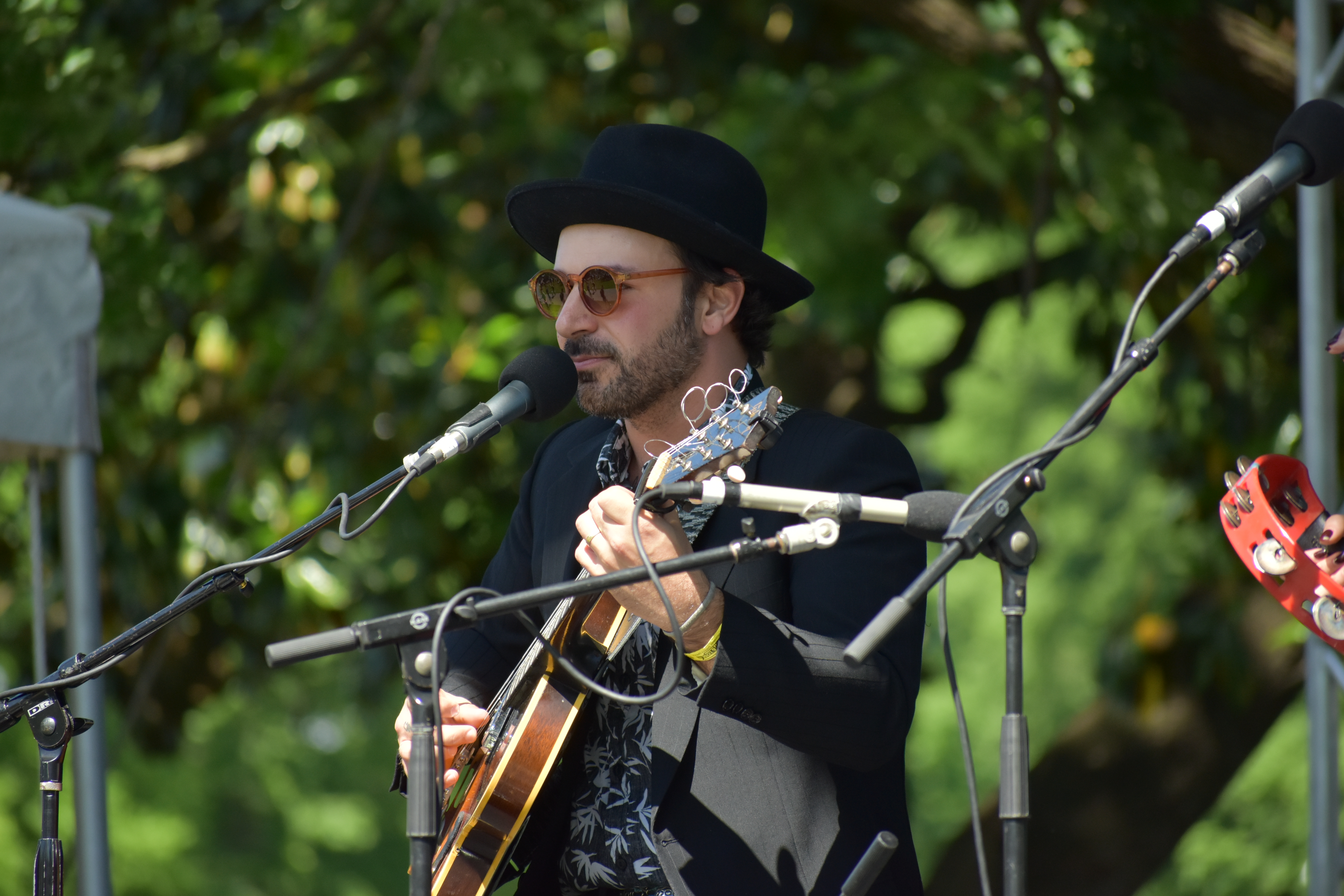 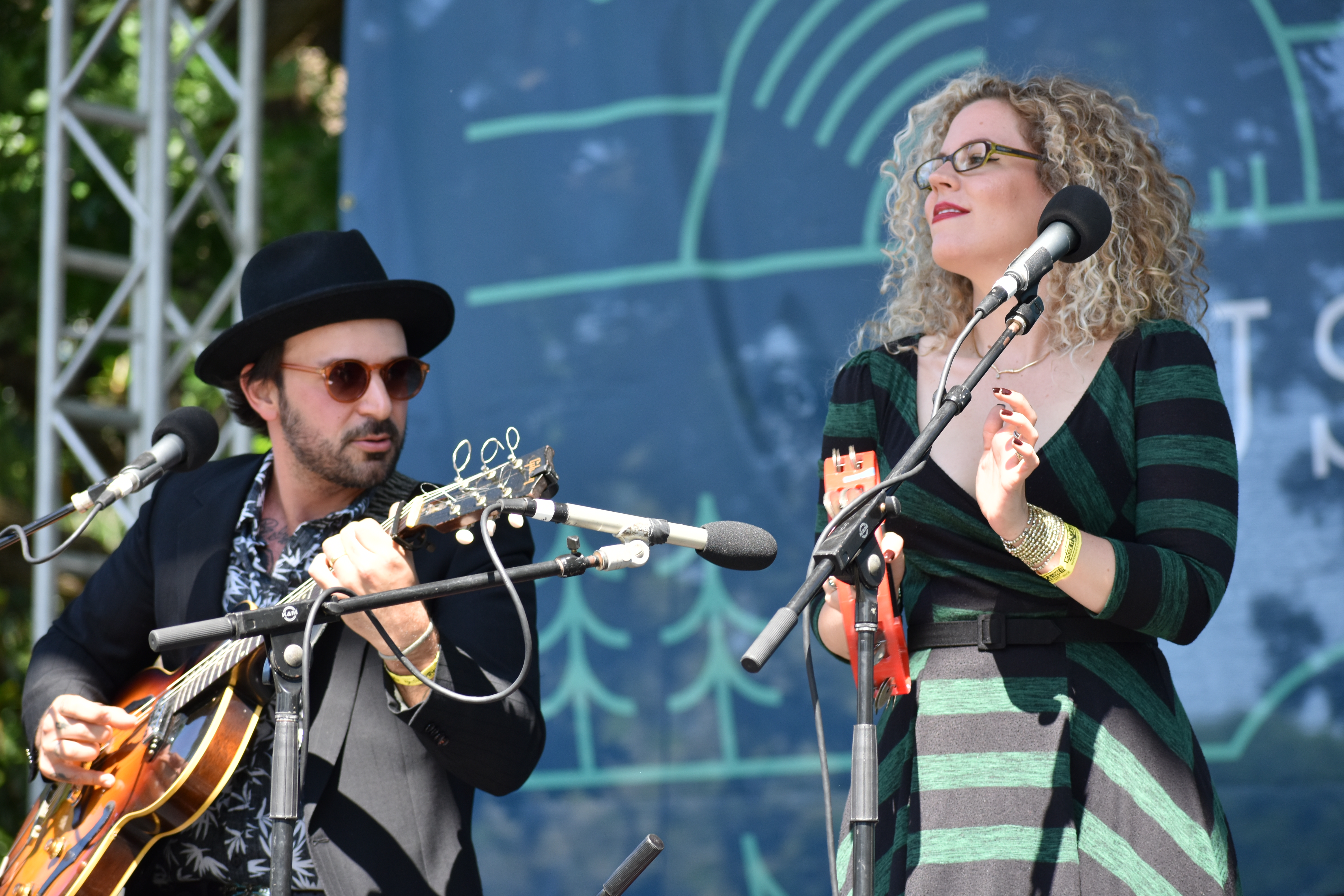 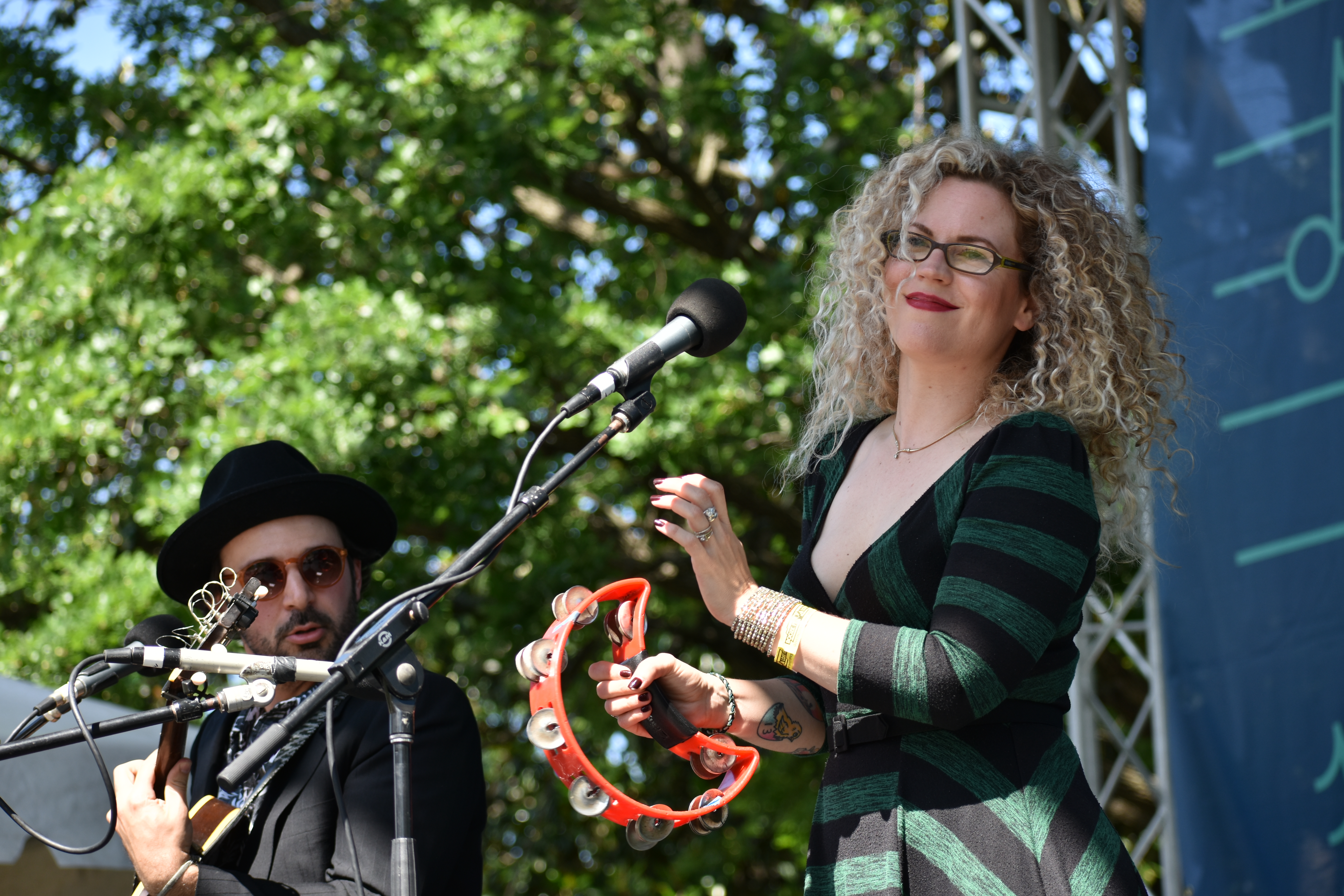 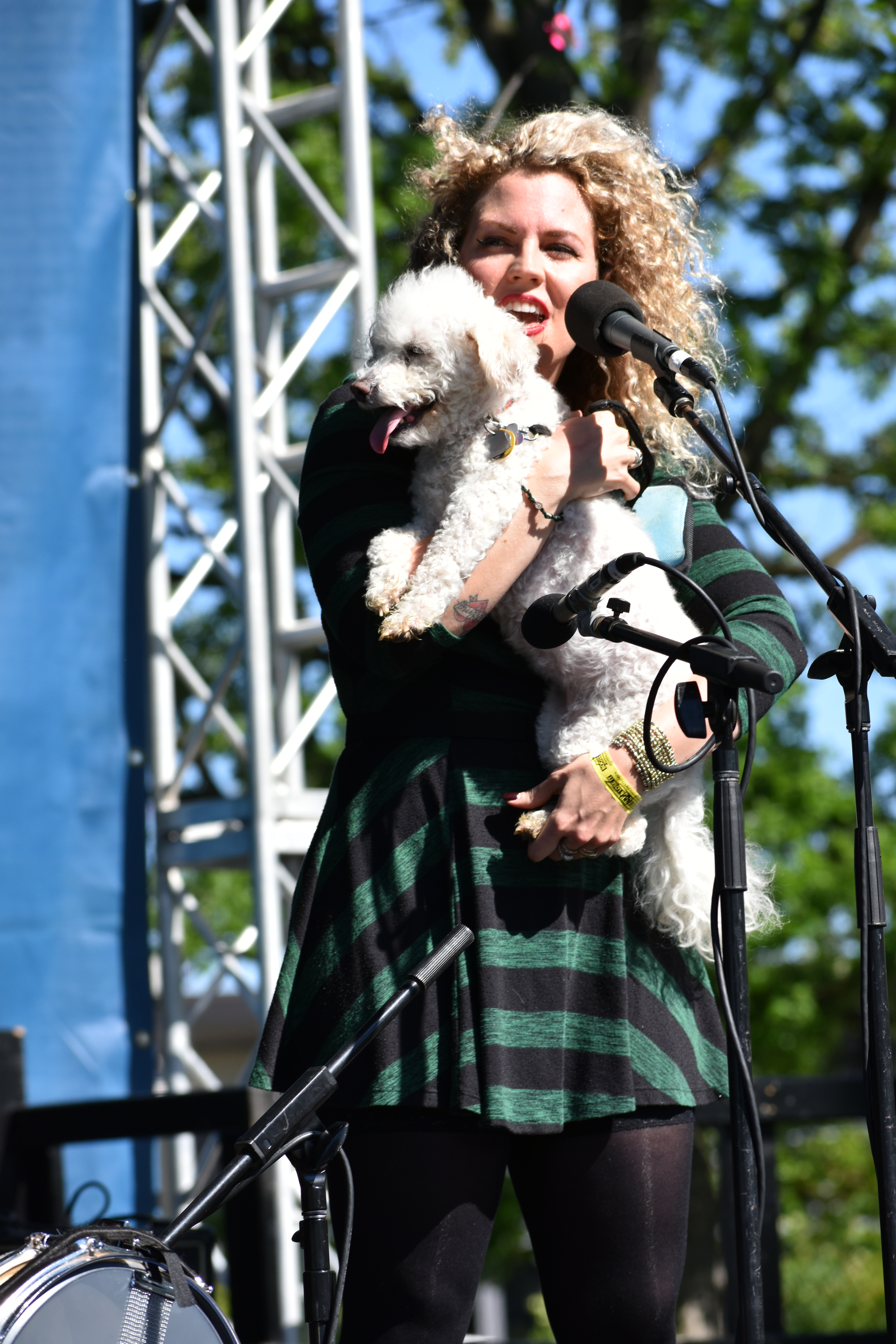 It was getting later in the afternoon, but Musicians Corner was still swinging–with furiously optimistic lyrics and upbeat guitar riffs, Ross Livermore closed out the acoustic stage. 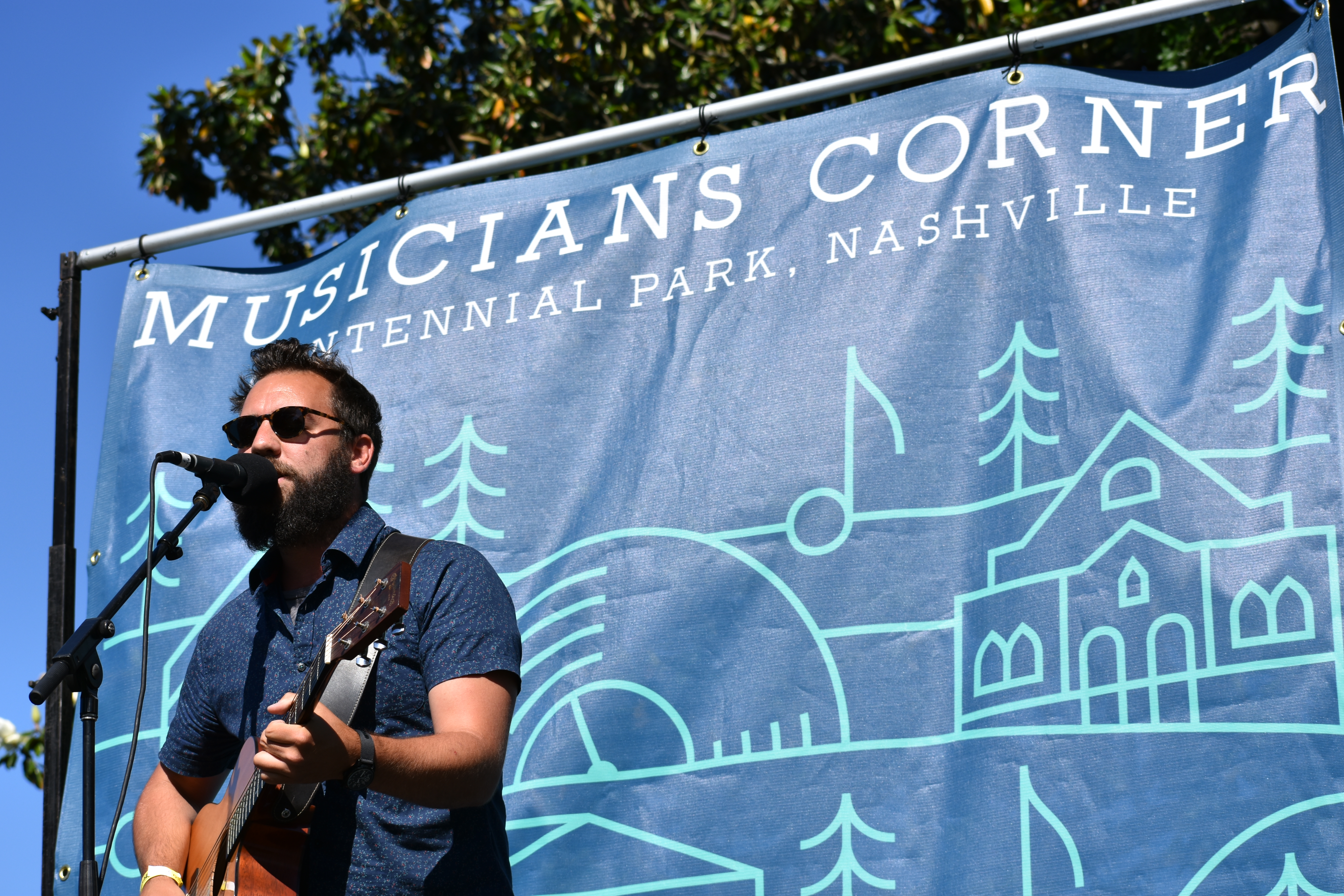 With the day drawing to a close, Grammy Award-winning folk singer John Paul White took the main stage to spin sad tales atop some amazing guitar work, and kept the crowd on its emotional toes with songs ranging from melancholy to downright sorrowful. White had come to Nashville as a young and hungry artist and during the show, he credited the city with teaching him how to write a song. White mesmerized the Musicians Corner crowd with his soulful voice that naturally drips with heartache. 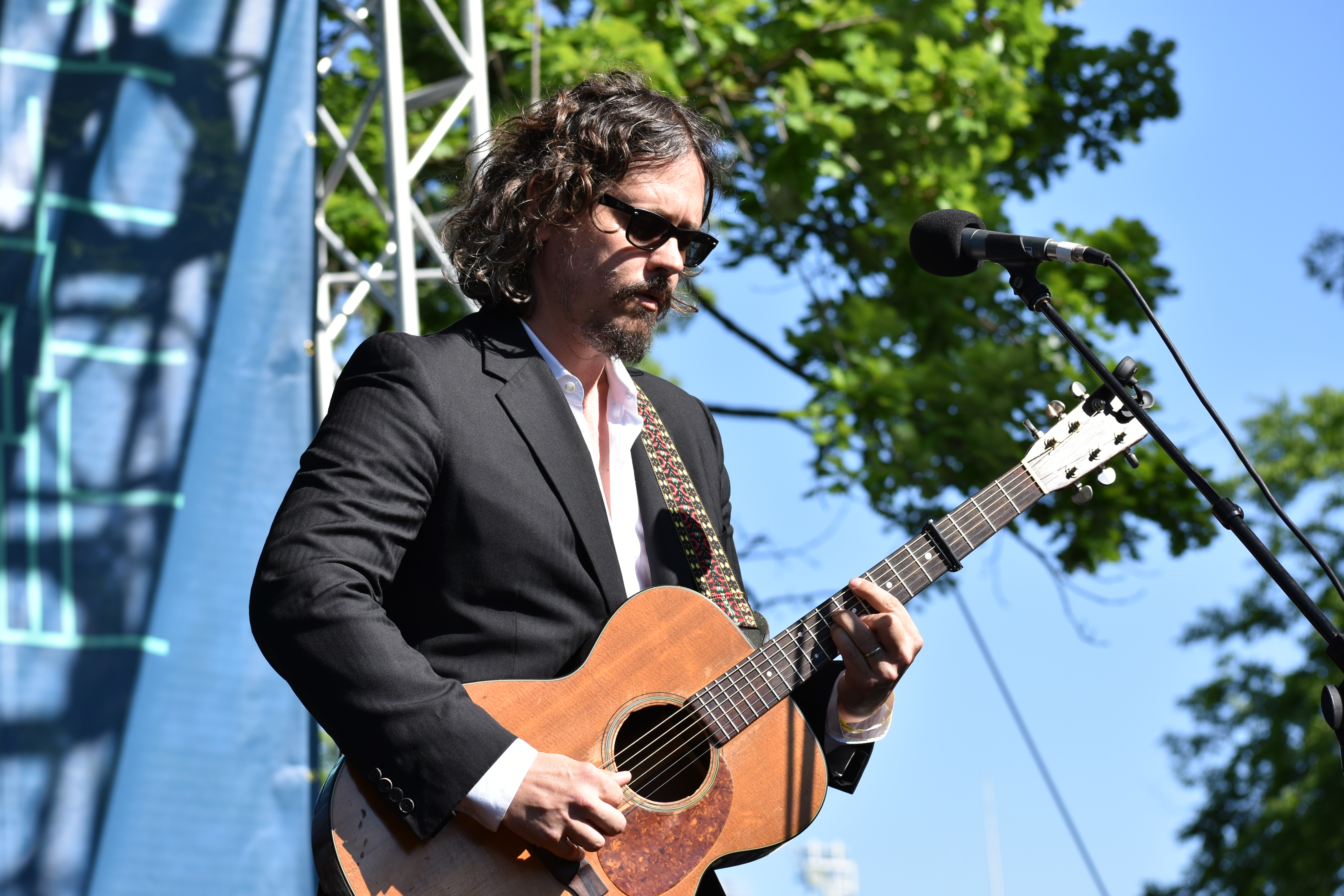 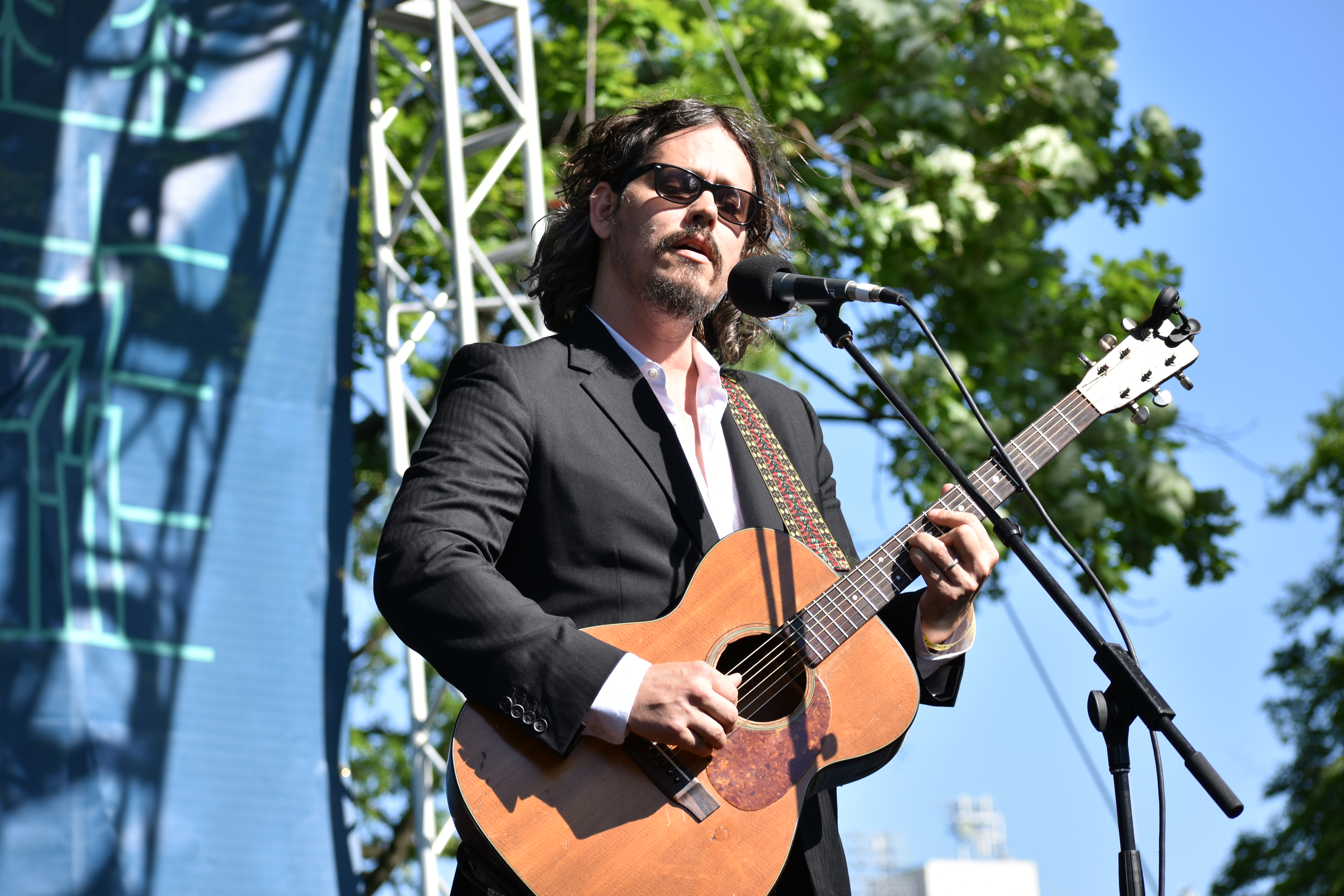 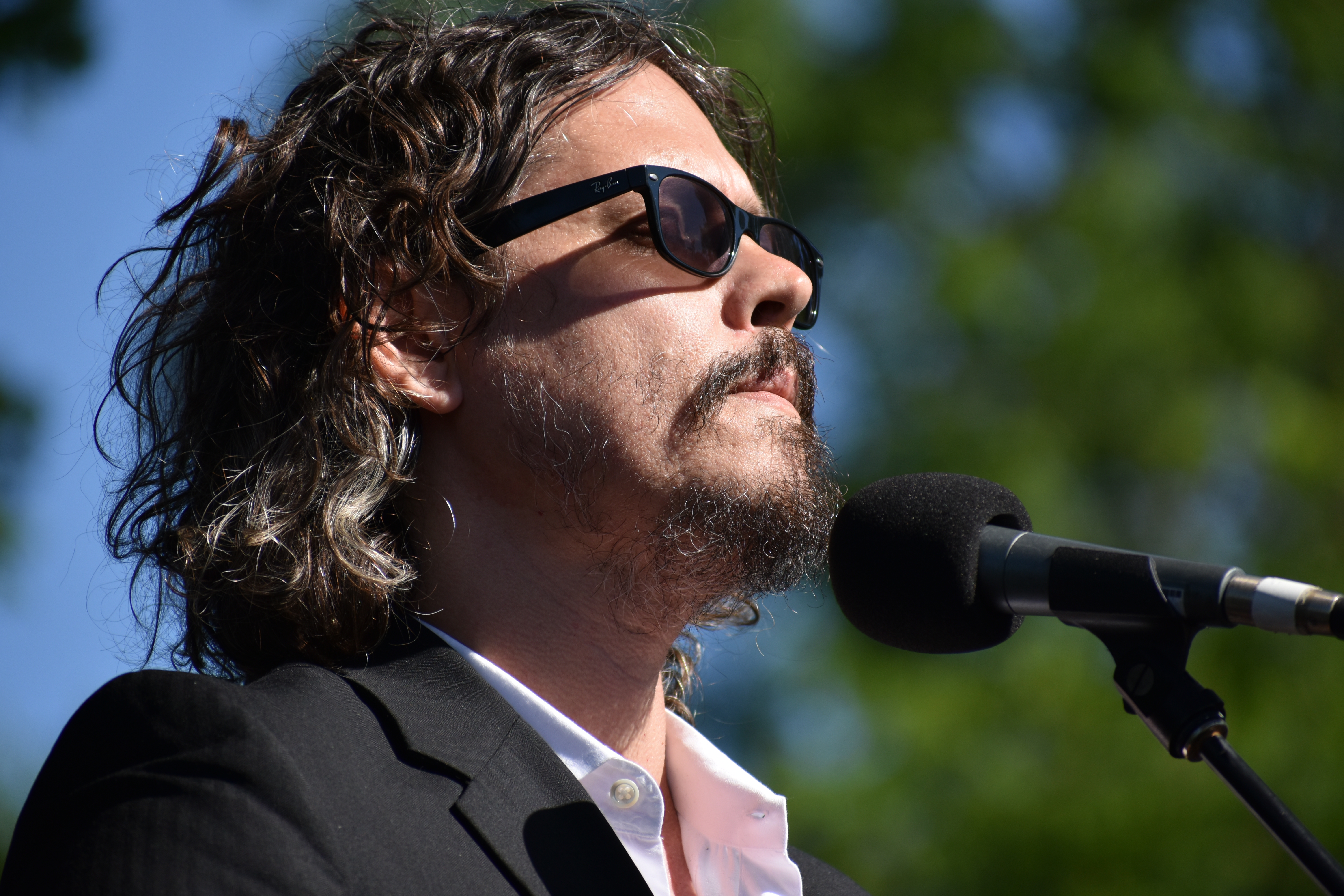 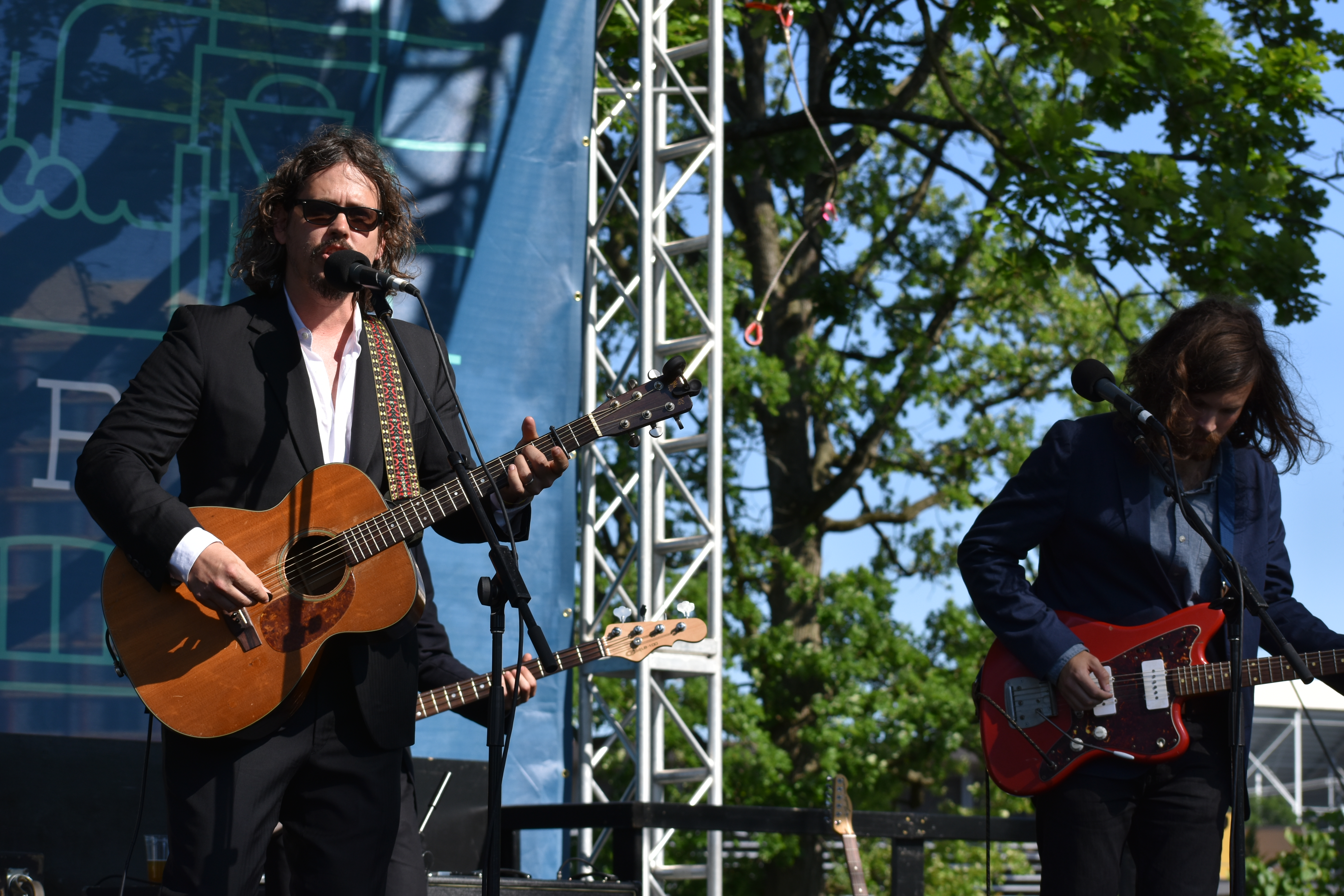 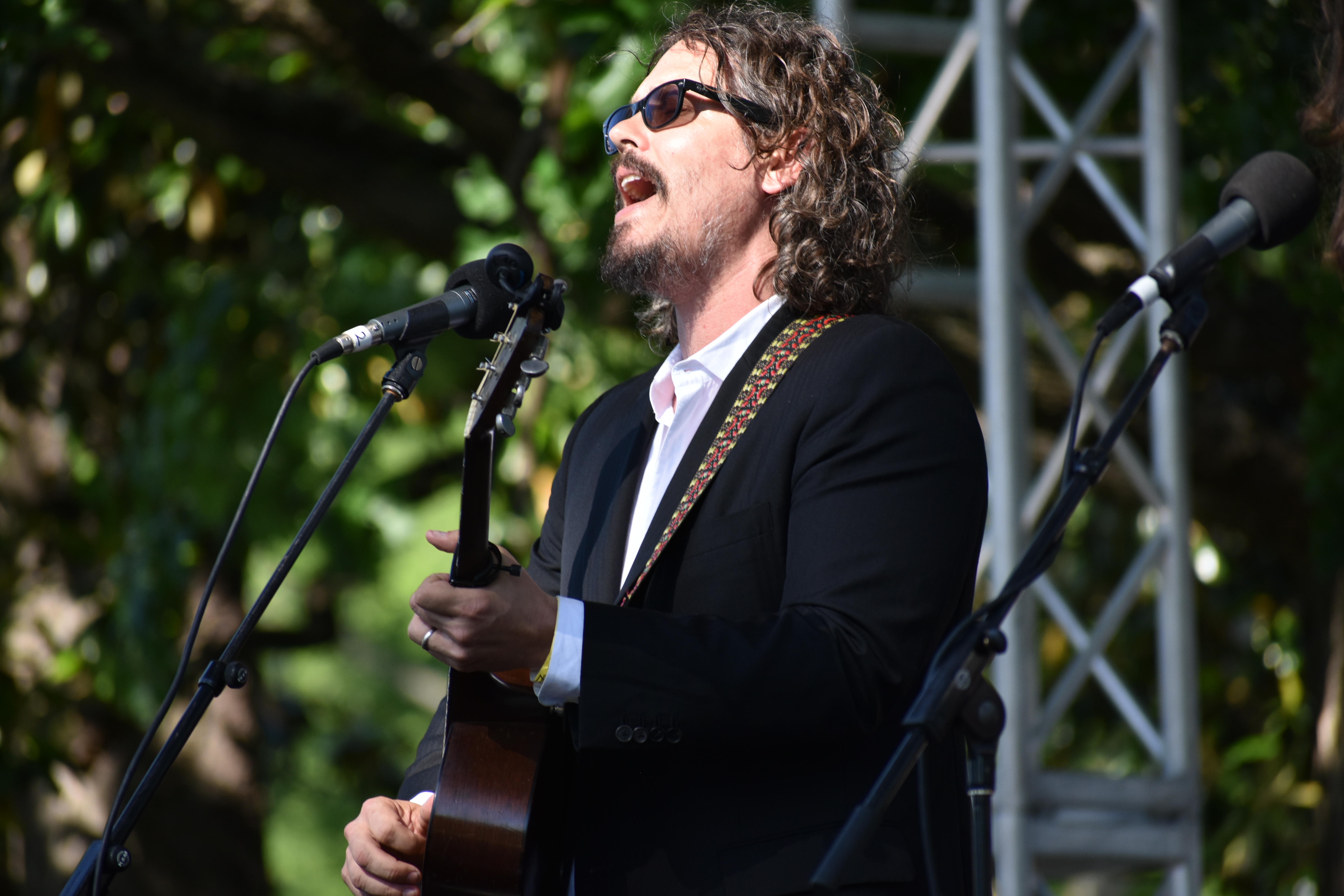 As the final notes hung in the air, the crowd took solace in the fact that this was only the first weekend of Musicians Corner and that there are many amazing artists yet to come.  Don’t miss it!