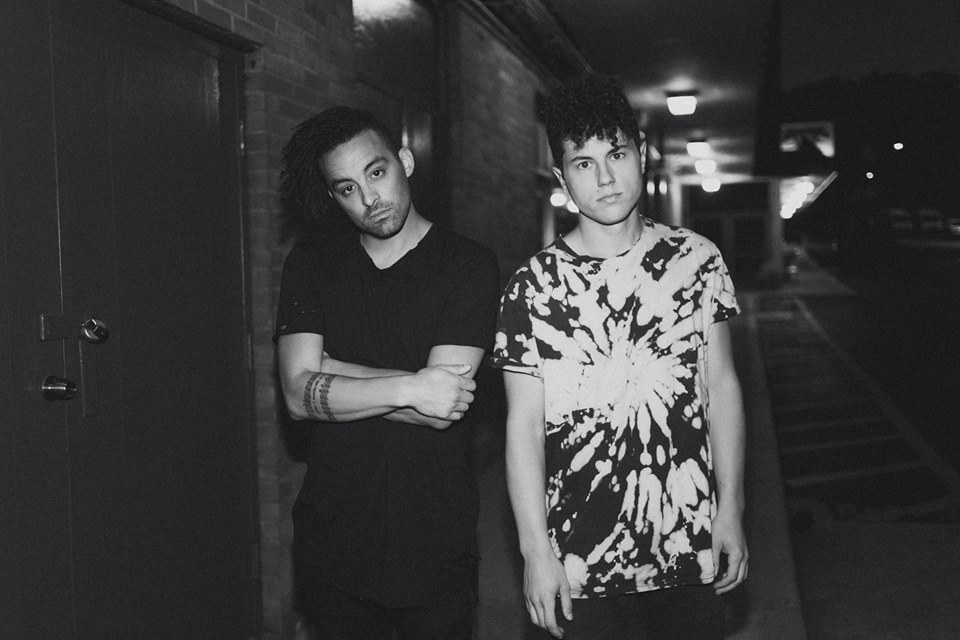 While other kids were playing video games, Pennsylvania-bred Nashville-based cousins and musical partners Jonathan Capeci and Joey Beretta were playing music. The pair made waves in the Nashville indie pop scene over the last several years in their previous incarnation, Dinner and a Suit, who shared stages with the likes of Imagine Dragons. “When one of our founding members left, it felt weird to carry on without him,” recalls vocalist Capeci of the decision to shutter the band. “Joey and I weren’t really sure what we wanted to do in general, so we took some time off and wrote. The songs felt like they were in a new universe, so we decided to form Nightly.”

Nightly, who derived their name from textspeak for “‘night, love you,” released those songs in the form of their first EP, honest, in October via Interscope Records—home to artists like Lady Gaga, The 1975, and Gwen Stefani. No big deal. “Our partnership with Interscope has been great,” says Capeci. “We shared our vision with them, and ultimately they understood where we wanted to go. It’s a really creative environment; they’re very different than other labels, and they’re all about trying our out-of-the-box ideas.”

Capeci and Beretta perform with a keys player and drummer to round out the lineup, and are currently on tour, with another in the works leading up to their set at Bonaroo in June. On Sunday, April 23rd, Nightly will headline at Nashville’s 3rd & Lindsley. “In our short time as a band, we’ve been able to play some amazing shows; one of our first ones was at Lightning 100’s Sunday Night series last summer opening for Zella Day, for a sold out crowd,” Capeci recalls. “It’s so neat to go from being a supporting act to headlining the same event eight months later. Being in Nashville for a while, we feel so lucky to have these great shows and have fans that show up for us. To play 3rd & Lindsley is so exciting, and we’ve got some special things planned for that show that we won’t be doing at other shows,” he adds. “It’s going to be really special to play for the hometown crowd.”

For tickets and show information: http://www.ticketweb.com/t3/sale/SaleEventDetail?eventId=7270475&pl=3rdlindsley&dispatch=loadSelectionData