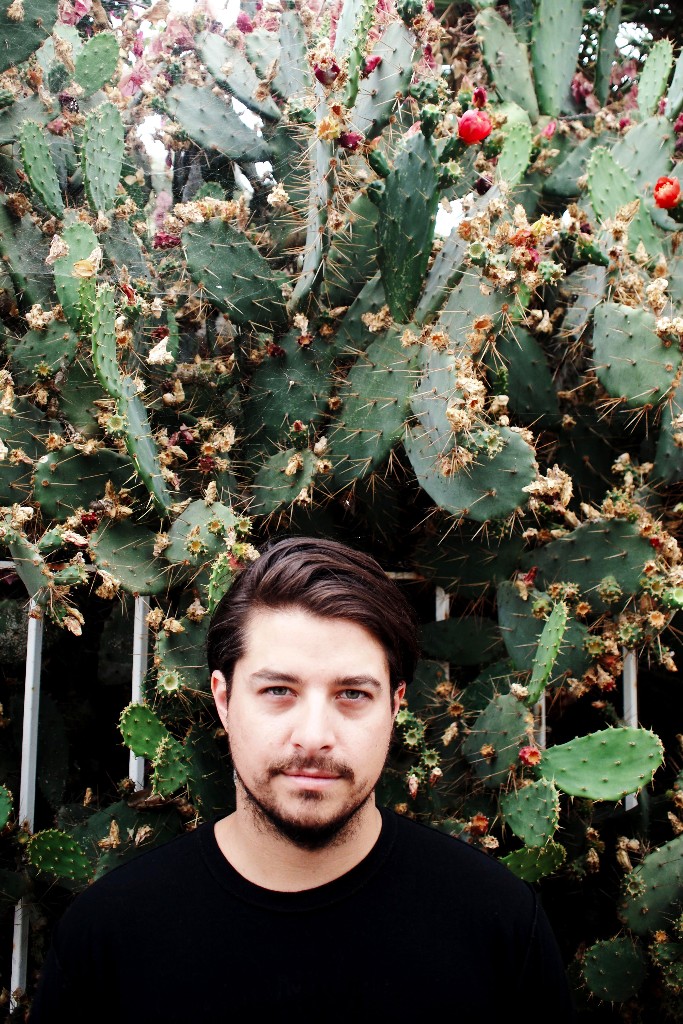 On April 21st, Matthew Logan Vasquez will release his second solo album, Does What He Wants, via Dine Alone Records, a collection of passionate, hardscrabble anthems about financials issues, death, jerky landlords, and general irritation. However, even with its intense subject matter, Does What He Wants is a seriously fun listen. “Blues is happy music, and I’m not sad,” he declares as he and his bandmates are rolling down the highway in the tour van to which he affectionately refers as the “white-colored metal prison.” “It’s definitely more optimistic than my last album, which was a basically a reaction to what I could not do in Delta Spirit.”

You may know Vasquez from his frontman work with folk rock outfit Delta Spirit, or maybe his other band, Middle Brother. Or, maybe you’ve heard about The Green Chill, his collaboration with friends including David Ramirez, Nathaniel Rateliff, Kelsey Wilson, and Noah Gunderson. “I rented a house outside of Santa Fe, New Mexico, and in the span of five days we recorded 18 songs and mixed six of them—everything from beautiful, ethereal songs to nasty shithead rock n’ roll,” he says with a laugh of the project which has no set release date as of yet. “I don’t know how we’ll all fit on stage, but it will certainly be guitar-tastic.”

With Delta Spirit on a break (don’t fret though, Vasquez says he’s shooting for a new album to release in 2020), he had the freedom to record a quick follow-up to his 2016 solo debut, Solicitor Returns. “I had every intention of coming back and making another Delta Spirit record, but creatively and where we were all at in our lives at the time, I felt like I just needed to keep this going,” he says of his solo efforts. “I’m at a point in my career where I have different-shaped priorities and a financial situation to handle. I lived with my mom for a whole year and recorded Does What He Wants in a trailer that belongs to her boyfriend,” he says of his makeshift studio in the Texas Hill Country, which they named Wanker’s Recording Works. “It’s redneck heaven out there. It couldn’t have been more different  than my studio in New York where I had actually started naming the rats crawling across the pipes,” Vasquez laughs. “Instead of rats, we had foxes on the property, some really cute deer, and a big, crazy jackrabbit.”

“I pulled up my bootstraps—I had about 100 songs, and I was like ‘I need to make this record. I need it to come out this year. It’s what I’m feeling now,’” he continues. “It’s like a yearbook that covers the gamut—there’s Texas-y Gulf Coast drunk music, there’s funky ZZ Top stuff, weird disco, a lot of Harry Nelson sounds and Beatles stuff, some indie-ish things—but not the neon t-shirt-wearing kind of indie. It’s the best record of all time and you should all buy it so I can pay my band more, they deserve it,” he laughs.

Vasquez, who has been touring with Shovels & Rope, and has shows scheduled with David Ramirez and Mail The Horse, will celebrate the album’s release at The High Watt in Nashville on Friday, April 21st. “I picked Nashville because I like it a lot, and I have a lot of friends there,” he adds. “There’s always a chance someone will hope on stage with me…but it’s a secret.”