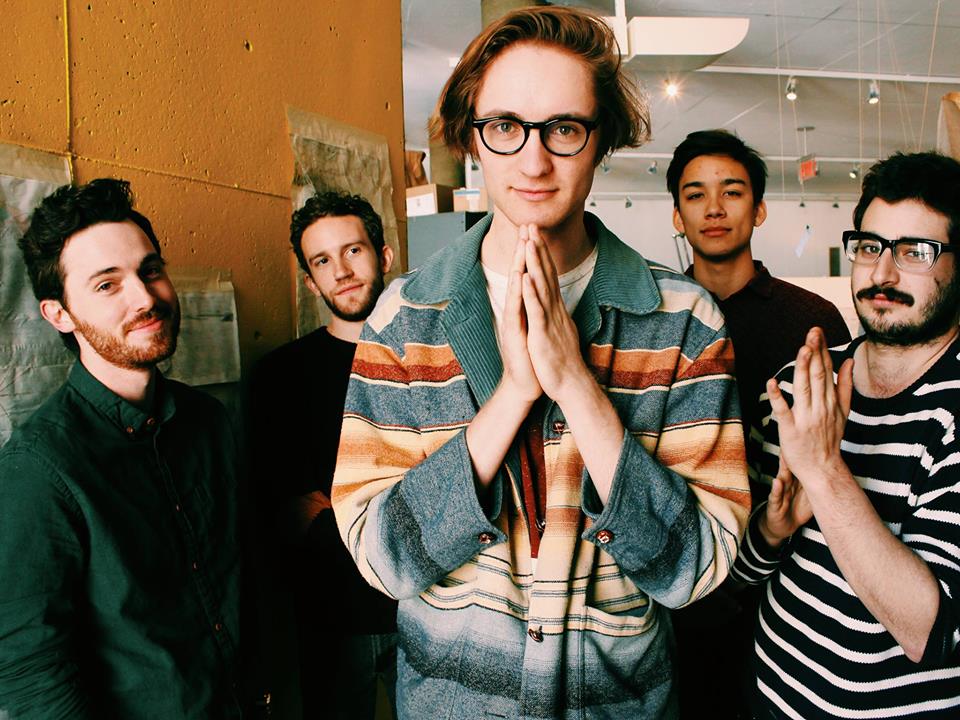 What happens when insanely creative twenty-somethings submit to the power of serendipity and join forces to make music? The Solars happen, that’s what.

The Boston-based collective’s roots reach all the way across the country, to Vancouver, Washington, where Miles Hewitt and Quetzel Herzig met as children. “Quetzel and I have known each other effectively since day one,” says Hewitt. “We grew up together in Washington State and we happened to both end up in Boston. We’ve developed along parallel lines the entire time, making music together.” As the pair’s musical partnership grew, they asked close friends in their new hometown to play with them. “They’re some really talented and mysterious dudes who all said yes,” laughs Hewitt. “Now, we perform and tour as a five piece, and have an EP coming out. It’s been a really absurdly long time coming, we’re thrilled.”

After years spent road-testing, revising, and recording their songs, The Solars will release their debut EP, Retitled Remastered, on April 21st. “The reason it’s called Retitled Remastered is because we started recording the songs almost two and half years ago in my bedroom in Vancouver,” explains Herzig. “They sounded very different then, and it’s been a process to put in the time to figure out what we like and why.” “They’re still scrappy and homegrown, but there’s more dimension to them now,” adds Hewitt.

The EP’s four tracks are a lo-fi patchwork of colors and vibrancies pieced together over time, and call to mind the sacrosanct vocal stylings of bands like Fleet Foxes and alt-j combined with the all-out groove and laid-backery (yes, this situation required me to make up a new word to impart adequate description) of psych-folk groups like Dr. Dog. “We’re really influenced by folk and blues music, the kind that will be around for thousands of years in whatever human society that will exist at that point,” says Hewitt. “That’s the goal of any musician, to make something that isn’t fleeting, that has legs and will walk by itself.” Though the sound is relaxed, but the band promises a rousing live performance; “There’s no chill,” Hewitt laughs. “Well, I guess Quetzel’s pretty chill.”

Though the process was long and involved lots of trial and error, it gave the band a chance to hone their studio chops, and paved the way to a smoother path for future recording. “That’s what’s charming to me about these recordings though,” Hewitt continues. “They’re scruffy, and when you hear them, you can tell we were piecing things together and experimenting with the sounds.”

What’s next for this group? They’re excited to unleash Retitled Remastered, and are currently mixing the tracks for a forthcoming debut full-length. That, and global domination. “Watch out for The Solars, keep both ears on us,” says Hewitt. “And at least one eye.”