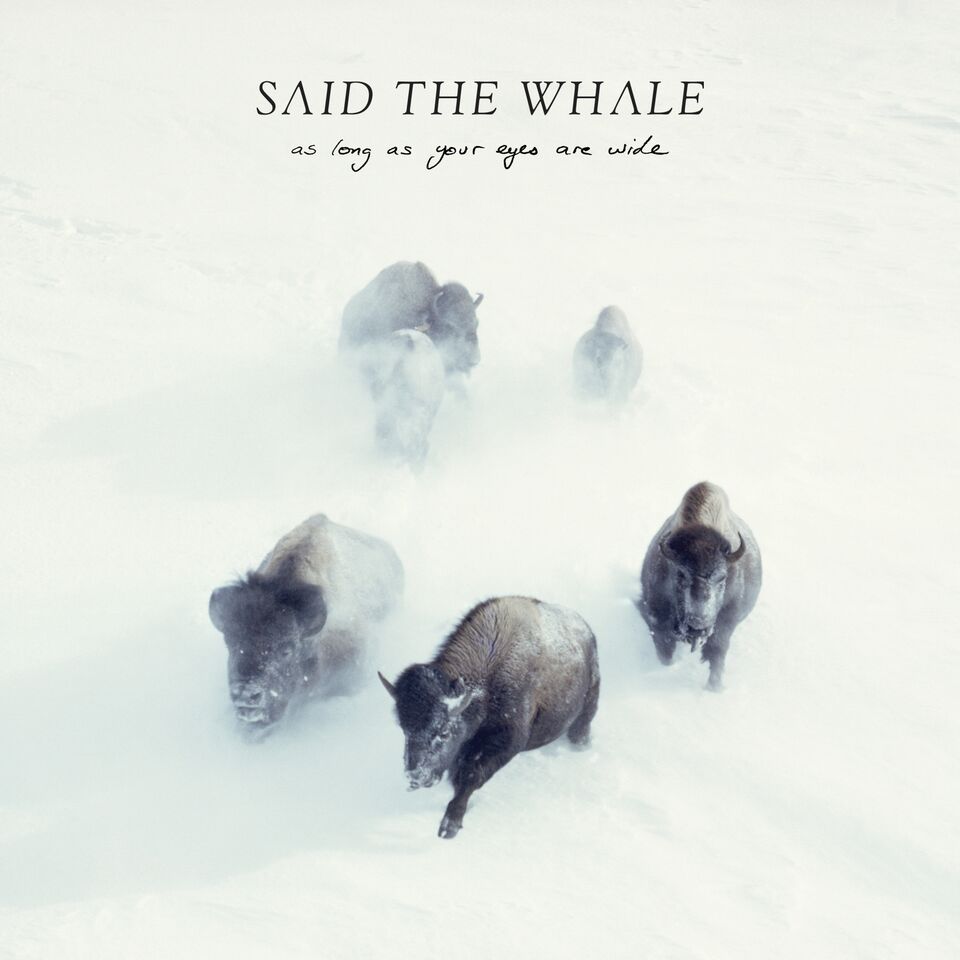 “It might never again feel like it’s the right time/If it’s the end, well, let’s cross that line/Let us step into the darkness,” sings Said The Whale’s Ben Worcester, in “Step Into The Darkness,” the opening track of the band’s new release, As Long As Your Eyes Are Wide. These introductory lines of the Juno Award-winning Vancouver indie rock band’s fifth studio album are beautifully appropriate—once a five piece collective, the now trio of   Worcester, Tyler Bancroft, and Jaycelyn Brown forges on into the depths of the new and the unknown with their latest effort, and the result is nothing short of immaculate.

At 10 songs strong, As Long As Your Eyes Are Wide showcases a seamless connection between the trio’s magically-blended harmonies and the lush production and instrumentation accompanying them. While other groups’ individual vocal contributions or musicianship take center stage, Said The Whale presents a united front where vocals and music are inseparable, creating an ephemeral wall of shimmering folk-inspired indie rock with electronic flourishes.

The band poetically explores new beginnings, nostalgia, and devotion—even in the midst of tragedy. In “Miscarriage,” the song begins somberly as the lyrics recall the loss of a pregnancy.  “I want to tell you that it’s natural/And everything in time/And that we’ll always be a family/No matter the design,” the band utters, before the music erupts in an electronic fury mirroring the barely-controlled turmoil of the situation. It’s a gut-wrenching explosion of emotion, and makes it an album standout in the truest sense.

With As Long As Your Eyes Are Wide, Said The Whale crosses the line, steps into the darkness, and shows us that on the other side is a beautiful morning.

Purchase As Long As Your Eyes Are Wide, out March 31st cha Hidden Pony Records:https://itunes.apple.com/us/album/as-long-as-your-eyes-are-wide/id1195981222