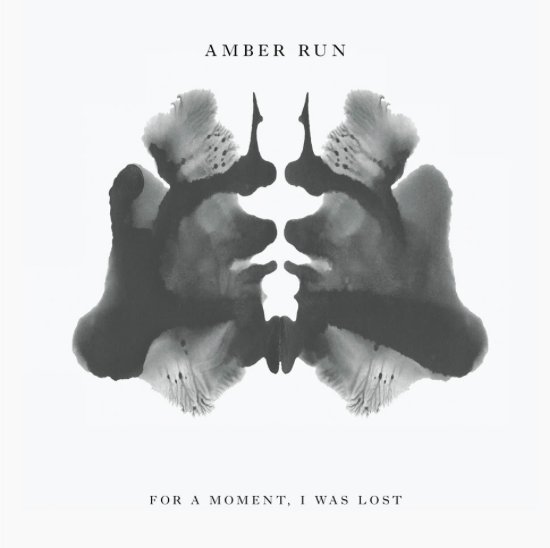 One year ago, British pop rock foursome Amber Run was facing hardship and struggle—dropped from their label, the band was in a creative rut and down one member. Rather than wallow in defeat, they forged ahead through one of their darkest times as a band, and chronicled the journey in For A Moment, I Was Lost, their first album in partnership with label Dine Alone Records, set for physical release on March 17th.

The album’s exploration of loss and loneliness has produced a melancholy-laced lyrical body of work—whether vocalist Joe Keogh is bitterly snarling through his teeth in “No Answers,” or brushing off his shoulders as he easily croons “You think you’re pretty special don’t you?” in the breezy “Island,” his beautiful tenor is smooth as silk as his words cut like diamonds on glass.

The band’s stellar musicianship is on full display in their expertly-styled song arrangements; Amber Run makes brilliant use of dynamics to create mood and atmosphere, giving each track a unique personality.  The apprehension alluded to in album standout “Stranger” is reflected in the song’s gradual build, like a awakening or an uncovering of something hidden, while songs like the Imogen Heap-inspired autotune of “Haze” and the stripped-down spareness of “Machine” create shimmering tension in the songs’ negative spaces. The record finishes gracefully with “Wastelands,” a proper and fitting sendoff—a parting of ways, melancholy well-wishes, and the hope of moving forward. “I know you’ll fall in love again, when you do, I hope you find somebody who you can love like I love you,” Keogh sings with heavenly hymn-like reverence in the heart-wrenching chorus.

Though the pathways of For A Moment I Was Lost twist and bend through areas of pain, misfortune, and grief, there is nothing depressing or daunting about the listening experience. Amber Run’s resilience and bravery in their soul-baring honesty is an inspiration, and has resulted in one of the most captivating albums of the year.