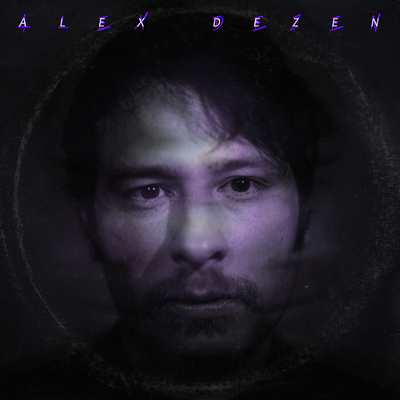 After 16 years, prolific singer/songwriter Alex Dezen has moved on from his professional musical foundation with rock outfit The Damnwells—they are done, it’s over. Really though, Dezen’s voice and songs were the driving force behind the band, and he has continued to stretch his creative musical muscles. The unencumbered Dezen is now completely free to explore all of his musical whims; with a number of EPs and an initial self-titled album already in the atmosphere, he now brings us his second full-length album, simply titled II.

Like a child at Christmas with greedy eyes and eager hands ready to shred wrapping paper, I revel in the fact that I never quite to know what I’m going to hear when I hit “play” on a new Alex Dezen record. With II, it Dezen embraces the late 70’s and early 80’s, a golden age of muscular singer/songwriters, who melded daring rock guitar riffs, thought-provoking lyrics, and ample storytelling, an age when the songwriter was the smartest, and most clever person in the room.

With this release, Dezen touches on the kind of intelligence and depth associated with industry legends, and proves yet again that he is one of today’s premier writers whose experience and prowess are highly sought-after by today’s mainstream hitmakers. II is, in a word, brilliant. Album opener, “When You Give Up” explores the aftermath of endings; “Follow your dreams/Until you’re on your knees/Then tell me/What you gonna be/When you give up?” he earnestly sings in the chorus. “Holding On to You (Holding On to Me)”, a brutal homage to post- relationship trauma, “The price I paid was worth the sex but not the shame,” he admits, as he surveys love in self-absorbed seediness of Southern California. Dezen calls for self-examination in “I Am a Racist”, in which he shines the spotlight on himself and his own misconstrued perceptions about others, and calls our attention to the fact that, if only occasionally, we all stumble into the same trap. The Paul Simon-esque “New York to Paradise,” is a beautiful piano-driven ode to his mother and an apology and hope for her forgiveness. The album ends with standout “The Boys Of Bummer,” is a folk-intensive retrospective on his past, featuring Dezen at his best—wielding an acoustic guitar, standing at a microphone, and baring his soul.

As he finally steps out on his own as a solo artist without a formalized band to help with the heavy lifting, it’s abundantly clear that the talent and genius is still firmly in place. If II is any indication, Alex Dezen’s trajectory is only upward, as he continues to create those signature, expertly-crafted works of art about which most musicians can only dream.

[This lovely review was crafted by Hunter MacLeod, international man of mystery and freelance writer for Brody Ramone’s Dirty Glitter and Mother Church Pew.  Catch up with him on Twitter–@MadH_MacLeod]