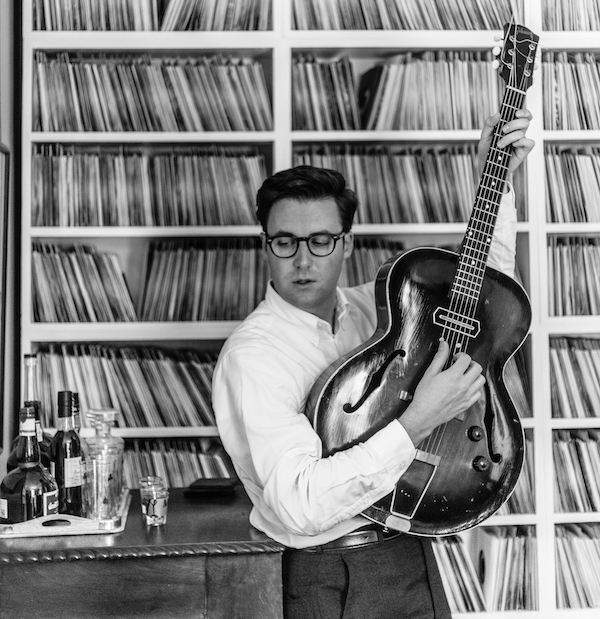 “When I was 12 or 13 I started playing guitar; I played in bands in all through high school, and then decided that was kind of silly and I needed to grow up, so I went to college,” recalls Nick Waterhouse, maker of mid-century-style R&B, who is currently on tour supporting the release of his latest album, Never Twice. “I lived in San Francisco, worked in a record shop, and deejayed a lot. I got my degree and ‘real’ job, but I still felt a compulsion to do something.” While many sacrifice their creative drives and passions for the old-school American Dream, Waterhouse decided not to quell his talents, listened to his instincts, and made music—secretly, at first. “Nobody I knew in San Francisco really knew that I played music. I never liked people who were ‘musicians,’ I liked players,” he declares. “That always put me off—I didn’t want to promote anything, didn’t want to tell people to come check me out, I didn’t want to sell myself to anyone.”

However, his talent would not remain a secret for much longer; in 2010, Waterhouse traveled to his hometown in southern California to make a record. “I made something and it snowballed,” he recalls. Local deejays were spinning old soul records around town, and they encouraged him to play a show. “It happened super fast. There was a guy I knew who was a regular at Rooky’s, the shop where I worked—his name was Jonathan, and he told me he’d found a bari sax at a flea market. He really liked my 45s, came to my rehearsal/jam session the next weekend, and became a part of the band. That’s really how it went down with everyone,” he adds. “I had an idea, and a band happened around me.”

“I was just making music that sounded good to me,” he explains of his unique style. “You react to your environment, and I was a young man who grew up in California in the early 2000s who went out dancing in clubs that played 45s. I wasn’t trying to pretend, I was just playing music for what my life was and has been.”  In 2012, Waterhouse released his full-length debut, Time’s All Gone; the record was the first of a trio of albums for label Innovative Leisure, ending with his latest album Never Twice, a polished, jazz-infused ribbon that tops the musical package. Never Twice was released on September 30th and features groove-tastic doo wap ditty “Katchi,” a sax-saturated collaboration with the amazing Leon Bridges. The tour brings Waterhouse to the Music City, and he is scheduled to perform at local haunt Mercy Lounge on Tuesday, December 6th. “There might be some special guests,” he teases. “It’s top secret.”

For tickets and show information: http://www.mercylounge.com/event/1352793-nick-waterhouse-nashville/