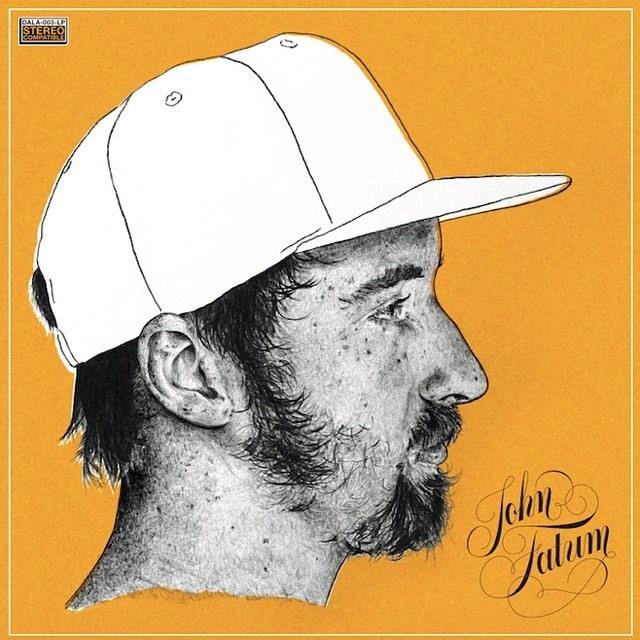 “I’m from Chicago, I grew up with the blues and gospel, and that’s in my heart of hearts. I identify with that kind of music the most, along with jazz and folk music,” explains Brooklyn-based folk singer John Fatum, who will release his self-titled sophomore album on December 9th via Dala Records. Fatum’s first record, Locked Up In My Mind, was recorded in a bedroom and featured low-key, acoustic instrumentation–his creative journey was varied this time, a fact reflected in the the new album.

“I started writing these songs pretty much right after I finished recording my first record. Ever since I finished the first record, I’ve been traveling a lot, and I think a lot of the songs are influenced by that. I wrote a lot of then in hotel rooms or in the van; I was all over the place,” he recalls. “The people that I see most often, that are my closest friends, have changed a little bit since the first record, so the new album features players I’ve hanging around with a lot more, which contributes to the difference in sound.” With the capabilities of the studio setting, Fatum had leeway to explore the possibilities of different sounds; “We had room to hit some drums and play louder, add electric and bass, which definitely influenced tracking as well,” he laughs.

Fatum’s collective of creative friendships, a group which includes Sarah Jarosz, who stepped in to play mandolin and contribute backing vocals to the project, came in handy for recording; he also has fully embraced and immersed himself in the folk and Americana scene in Brooklyn, and delved deeper into the catalogs of the artists he admires. “I really tried to simplify the songs and the lyrical messages on this album; I spent a lot more time trying to find just the right words. There are still storytelling elements, but as I get more into the catalogs of my favorite songwriters, I’m amazed at how they’re able to progress in their writing,” he declares. “Bruce Springsteen, Sam Cooke, and Willie Nelson are able to convey a message in a way that can potentially be a universal experience or feeling. That was my goal for this album, to tap into how the lyrics and the mood can match each other.”

“I would like my music to help people feel a sense of hope or peace,” Fatum continues. “There’s so much crazy stuff going on in the world, and it feels like it’s come to a front in a way that’s more intense than when I was growing up. I feel like it’s difficult to address that directly through music sometimes. On the opposite side, if it’s too bubblegum, you’re not really helping people feel or think,” he adds. “I hope that my music makes people think and feel something.”