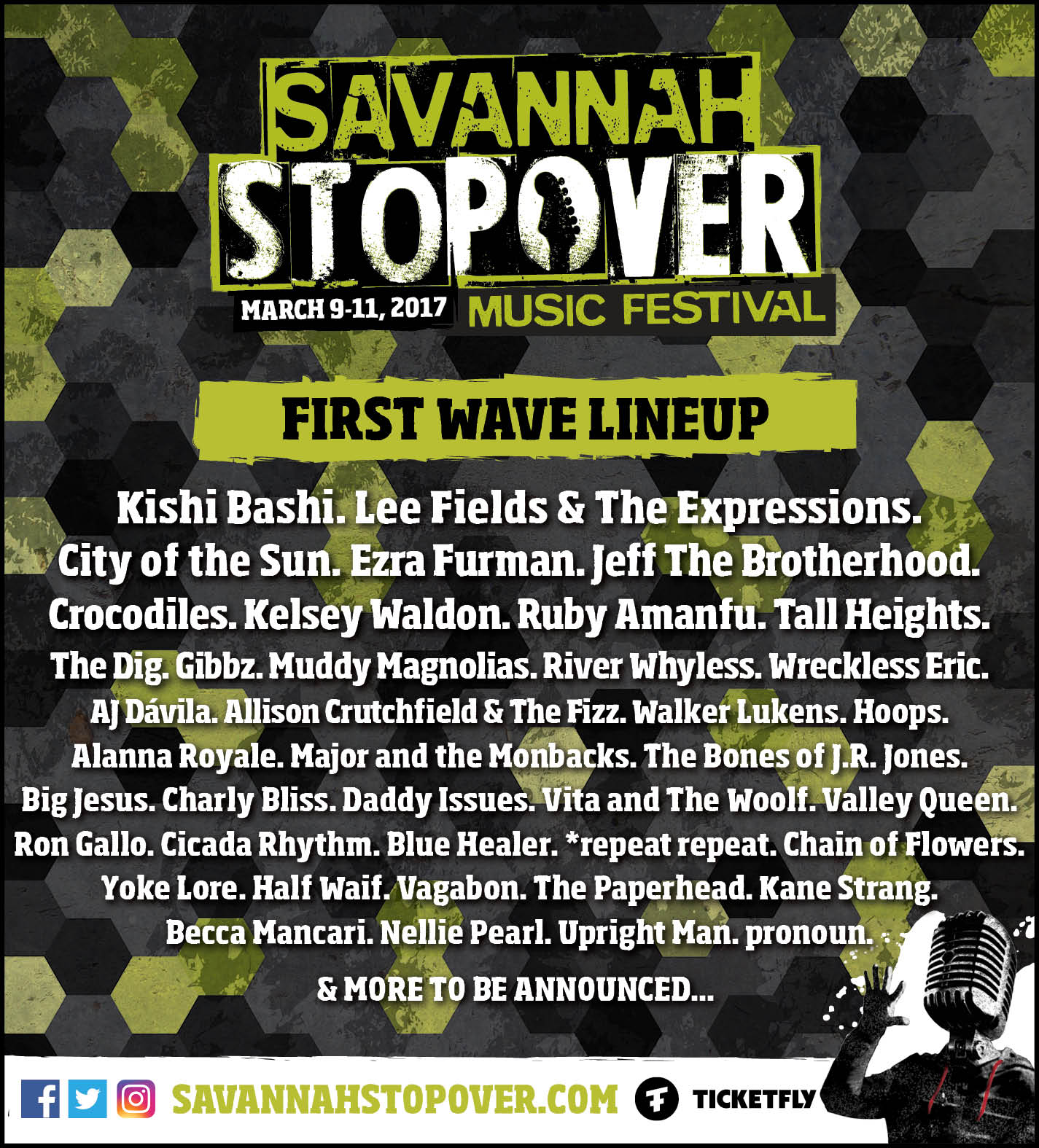 Today, Savannah Stopover Music Festival announced the first wave of bands confirmed to play the annual indie music festival which will take place March 9th-11th, 2017 in Savannah’s Historic District. The 3-day festival, heading into its seventh year and known for its affordability and focus on up-and-coming acts, takes place the weekend before the SXSW Music Conference in Austin, Texas  and helps support bands as they make their way down I-95 to SXSW.

The festival, which takes place across numerous venues in Savannah’s historic district, “offers an affordable and walkable experience where you’re likely to see a slew of fantastic bands before they break out of the pack”  says Kayne Lanahan, the festival’s CEO and Founder, adding “it’s very unique in today’s world of high priced concert tickets and mainstream headliner-driven festivals. If you haven’t heard of a lot of these bands yet, that’s the whole point.”

Kishi Bashi will kick off the festival with a headline performance at the Opening Night Event on March 9th, and classic soul and funk icons Lee Fields & the Expressions, will headline Friday, March 11th. Last year, East of 8th had the pleasure of attending and covering this fantastic event, and we can’t wait to go again.

Major and the Monbacks – Norfolk, VA

Vita and the Woolf – Philadelphia, PA

The next wave of confirmed acts, including additional headliners and local Savannah Bands, will be announced in January. More than 80 bands are expected to perform at the 2017 festival, selected from the more than 700 who submit to play. Bands looking to submit can do so at SonicBids.

Pre-sale passes to the festival are sold out. Advanced-Priced Passes go on sale 11/15/16 at 11am. Passes grant attendees access to all concerts on a first-come, first-served basis. Additional ticketing information is available at savannahstopover.com/tickets and directly through Ticketlfy: https://www.ticketfly.com/purchase/event/1334949

For more information, band bios, videos, and streaming music for all confirmed bands go to savannahstopover.com.