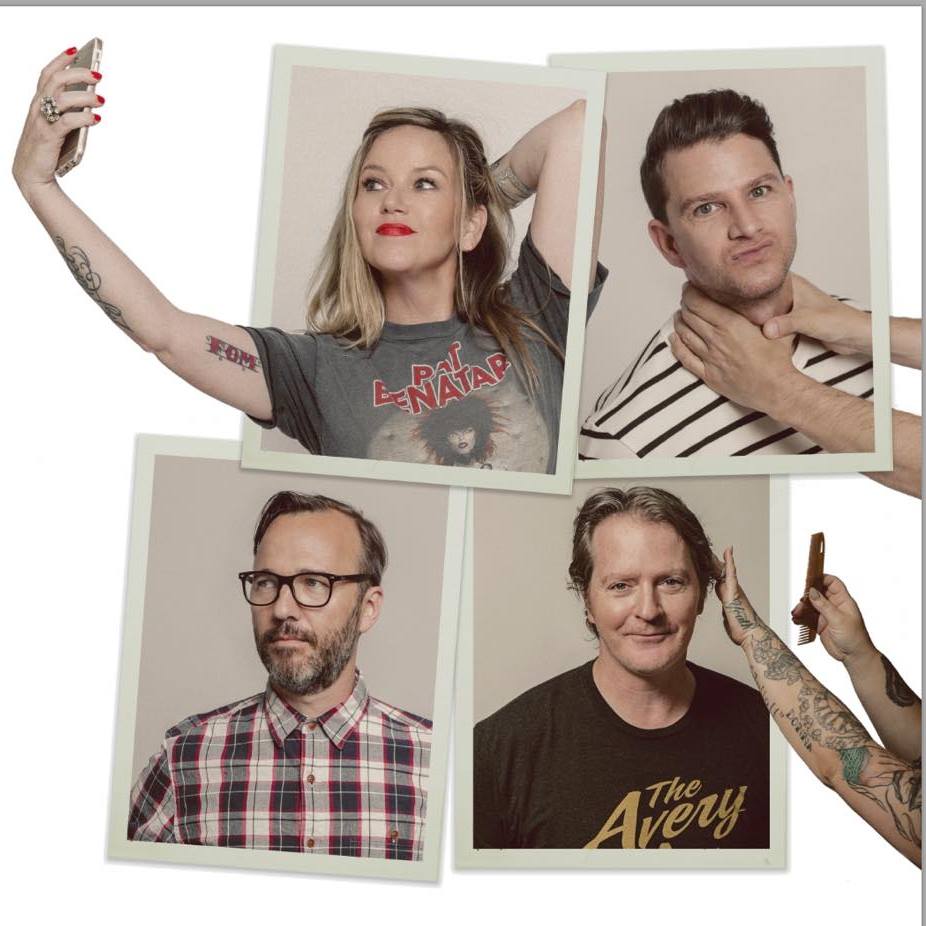 On October 14th, iconic 90s alt-rock outfit Letters To Cleo released Back To Nebraska, their first new album in 17 years, at which point the high school version of myself let out the highest-pitched squeal of all squeals.

Though they haven’t made music together as a band in all that time, the members have been actively and consistently working in the music industry. “I spent a lot of time as a touring musician with a variety of artists, then began producing and writing,” says band member Michael Eisenstein. “Our, drummer Stacy Jones, went from being behind the kit to fronting the band American Hi-Fi, and also was a touring drummer for bands like Everclear and Matchbox Twenty; Kay, our singer, did vocals for everything from Josie and the Pussycats to animated series like Generation O!, and now writes songs for children’s television shows, specifically the show Doc McStuffins.”

Letters to Cleo had reconvened for a small number of shows in 2008 and 2009 for fun, but by 2009, everyone had gone back to their other projects. “This time around, Stacy and I ran into each other at nightclub here in L.A., and he told me he was taking the next year off from the road to focus on writing and producing,” Eisenstein recalls. “He suggested we get together and write some Cleo stuff; I asked Kay if she was interested, and she was, and Greg McKenna, our fourth member who lives in Boston, sent us a bunch of guitar demos he’d made. We used one as the basis for the first song, wrote a few more, and immediately went into the studio to record.”

“We figured we had a legacy and we still had some fans, and we wanted to see if we still sounded good. It’s been so fun being together again,” he continues. “We hadn’t done a Letters To Cleo show in about seven years, and we hadn’t written a new song in almost 18, but it came back to us so quickly! As soon as we were together, writing in the room, all our old habits came right back, and the songs were just as quirky as our songs always were.” Back To Nebraska is a five-song EP that features all their signatures–shimmering guitars, buttery bass, driving percussion, and Hanley’s penetrating vocals that fall beautifully into the oft-neglected rock n’ roll-sized space between “riot girl” and “pop diva”.

The band is poised to work its loyal fanbase into a mad frenzy and earn a multitude of new fans with this release—with the exception of a small, tough crowd. “My children are so impossibly ambivalent, we’re probably going to have to force them to come to the show!” Eisenstein says with a laugh. “I’ve had a recording studio in my home, they’ve grown up around music, and they don’t think it’s especially special that we’re in a band. They’re not impressed. I might as well be a plumber.”

While there are a few shows scheduled this year, and the possibility of more in 2017, Letters To Cleo is just happy to see where the road leads. “We achieved everything we’d hoped for as a band—we toured the world, we sold a lot of records, and we had a song on the radio, ” says Eisenstein. “The thing to do now is just have fun.”