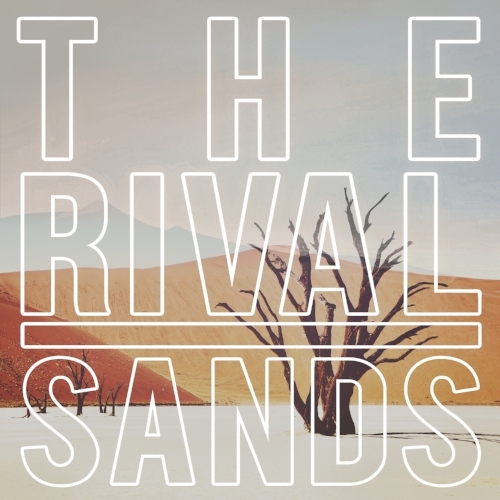 On Friday, October 7th, Nashville-based alt-pop duo The Rival, whose music has been used in everything from Apple’s iPhone 5 launch, to commercials for Target, Nike, Sony, Microsoft, and ESPN, along with their individual successes–band members Phillip LaRue and Allen Salmon have numerous songwriting credits including LaRue’s #1 country hit “Whiskey In My Water” performed by Tyler Farr, and Salmon’s credits as a producer, mixer, and writer which include collaborations with MuteMath, Fleurie, Katie Herzig, and Neulore among others– will release SANDS, the second in a trilogy of EPs.

The first EP, WAVES, featured an electronic, synth-heavy, sound that reflected an upbeat summer vibe. In contrast, SANDS showcases some of the most raw and intense tracks  LaRue and Salmon have arranged. The third EP, PEAKS, is set to makes its debut in 2017.

“Each EP will focus on a different topography and different emotions.  We’re really looking forward to see what our fans think!” says Salmon. “Throughout SANDS there are several themes of wandering, running, and being lost that we felt spoke to us in a desert setting.”

East of 8th is proud to present to you the premiere of SANDS, composed of five infectiously lush alt-pop fist-pumping anthems featuring guitar-heavy, body-rocking instrumentation and soaring vocals,  by The Rival: