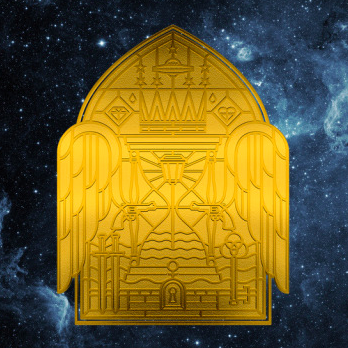 Few artists have emerged since the golden era of soul and R&B in the 60’s and 70’s that can even come close to comparison–but in the last few years, one Birmingham, Alabama outfit has established itself as a powerhouse of soul. That band is St. Paul & The Broken Bones, who will release their highly-anticipated sophomore album, Sea of Noise on August 9th.

St. Paul & The Broken Bones, who burst onto the scene in 2014 with their debut album Half The City, quickly amassed a large fan base through extensive touring and a live show that leaves audiences speechless and begging for more. Sea Of Noise is easily one of the best records of the year, and will continue to lift the crowds as they once again take us to church.

Sea of Noise brings the soul and charisma that we have come to expect, while exploring new musical territory. Moving opener “Crumbling Light Posts” is actually split into three shorter tracks at the beginning, middle, and end of the album, and is unlike anything the they have  done before–a minute long masterpiece, with goosebump-inducing string arrangements and lush layers of sound, a perfect way to start the journey. The band revs the engine with the classic R&B groove of “Flow With It (You Got Me Feeling)”, driven by a heavy rhythm section and gut-wrenching vocals.  The dynamically moving “All I Ever Wonder” begins with the full force of the Broken Bones horn section before settling into a groove, as frontman Paul Janeway’s unbelievably versatile vocal chops are on full soul-piercing display in “Sanctify”.

Poignant lyrics, inspiring arrangements, and triumphant musicianship solidifies St. Paul & The Broken Bones as one of the most revolutionary bands of our time. There is never a misstep or a dull moment on Sea Of Noise, which pushes the boundaries of what modern soul music can be, and declares that the sky is truly the limit.