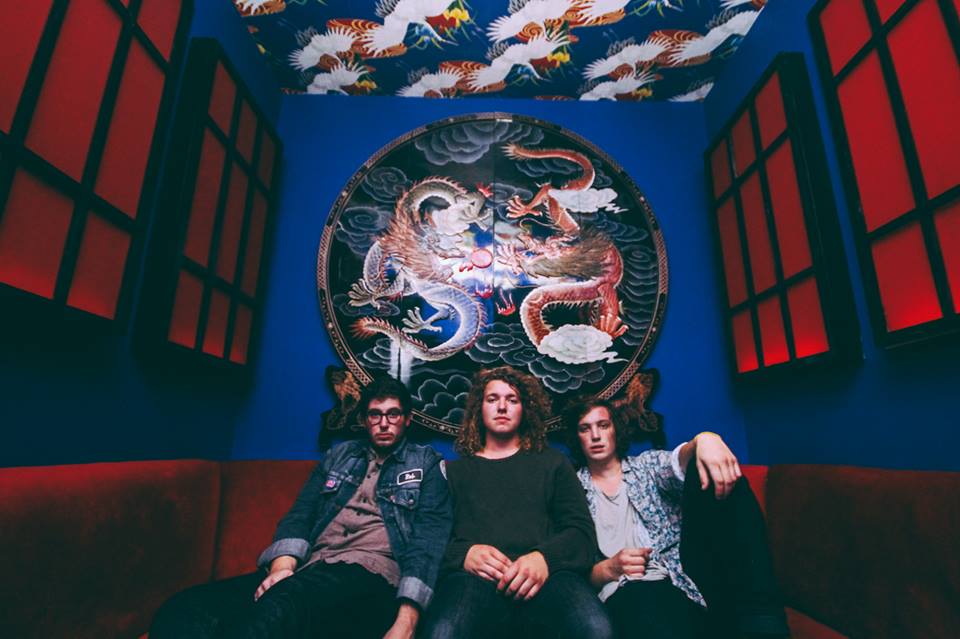 Have you ever had one of those days where everything you touch melts or destroys itself? “I feel like that’s every day for me,” laughs Justin Acee, drummer of rock trio Made Violent, whose beloved tour van, Miss Bugatti’s Gentlemen’s Lounge and Cigar Emporium–Miss Bugatti for short–recently kicked the bucket. “Once we were driving to Chicago, on tour with Wolf Alice, and the van starting smoking in the middle of Indiana. We found a mom and pop kind of place and they fixed it, but we missed the show that night. We made it to the next one in Chicago where a fan had a seizure during our set, and then, the next day our trailer crashed. It was a three-day string of Stranger Things-like events.”

The Buffalo-based three-piece met as youngsters on the school bus. “Rob and I grew up down the street from each other; we rode the bus home from school together. I played in some really terrible middle school bands, and was really into emo. Rob is a sick guitar player, and was really into punk,” he recalls. “He used to make fun of me on the bus, and finally I sucked it up and asked him to play in a band. We met Joe along the way, and asked him to join us. Things came together, we went into the woods, and made it happen.”

Indeed, the band traveled to a primitive cabin in the woods by a lake outside of Buffalo to write music for a week. “There was no running water, no shower, we had to wake up every morning and head to the nearest gas station to find a bathroom. Wasted Days came out of that session. We went right into the studio to record, and we were permanently hung over and smelled like crap,” he laughs. “We’re past that phase now, we try to stay somewhat clean.”

Wasted Days showcases the band’s refreshing version of straight-up rock n’ roll. “The bands we played in before Made Violent were super poppy, singer/songwriter kinds of things. We all love the same stuff, and when we came together, we all wanted to play music we wanted to listen to,” he says. “We wanted people to connect to our music and make people feel something.”

With a name like Made Violent, one might surmise that the feelings elicited from listeners would result in doling out a black eye or two. “It came out of us joking around—people always think it’s M-a-i-d Violent. We always have to follow it up with ‘it’s not heavy or anything, it’s just good old rock n’ roll.’ It goes without saying that you have to explain the name,” says Joe, and assures that there is no unnecessary bloodshed occurring at their shows. “However, when we made the video for our song ‘Dirty’, and we were all in red paint,” he continues. “There’s a red stain on my kick drum head that looks like blood. It catches people’s attention for sure!”

On October 3rd, Made Violent kicks off its tour with From Indian Lakes in Salt Lake City, which will bring them to The High Watt in Nashville on October 18th. “Our show is all thrills. If people don’t get into it, we harass them until they do,” he says. “It’s the Buffalo way.”