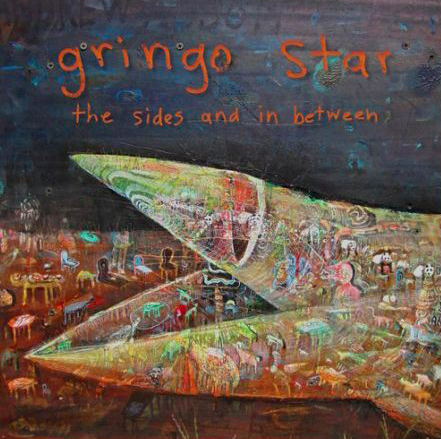 I’ll be honest; whenever I hear the word “psych” in front of a band’s description of itself or its music, I tend to roll my eyes. Why? Because nothing I’ve heard described as “psych” really ever wows me.

As I reluctantly peeled the proverbial wrapper off of my download of The Sides And In Between by Atlanta psych-rockers Gringo Star, I got my eyeballs ready for an extensive rolling session. Imagine my surprise when I hit “play” and reverb-soaked groovy opener “Rotten” took me to a different place.

The album, their fourth, out August 26th via Nevado Music, houses ten tracks boasting elements of vintage inspiration—echoing 1960s-esque staticky vocal stylings and early 1970s-ish crunchy riffs produced by fuzzy guitars, but it never feels “old”. The band clearly invokes the musical spirits of its influences—Stooges-style punk, with glimpses of Sam Cooke-like soul, and a dusting of heat stroke-inducing desert rock make up portions of their sound—but mix those styles, soak them in rowdy basement show sweat, add modern sound samples, toss them in grit, post them up in the garage, and you have The Sides And In Between by the heroes of this review, Gringo Star.

For you “psych” lovers out there, don’t lose heart; there are plenty of elements present to dazzle your eardrums. Besides the lava-lamptastic shimmer of “Rotten”, the whistling intro paired with acidic organ of “Going Home”, along with the sultry droning psychobilly swagger of “Knee Deep”, this writer’s favorite, will delight even the most discriminating psychedelic rock devotees.  Each track is a gem. No eye rolling neccessary.

Purchase The Sides And In Between: https://itunes.apple.com/us/album/the-sides-and-in-between/id1114968828