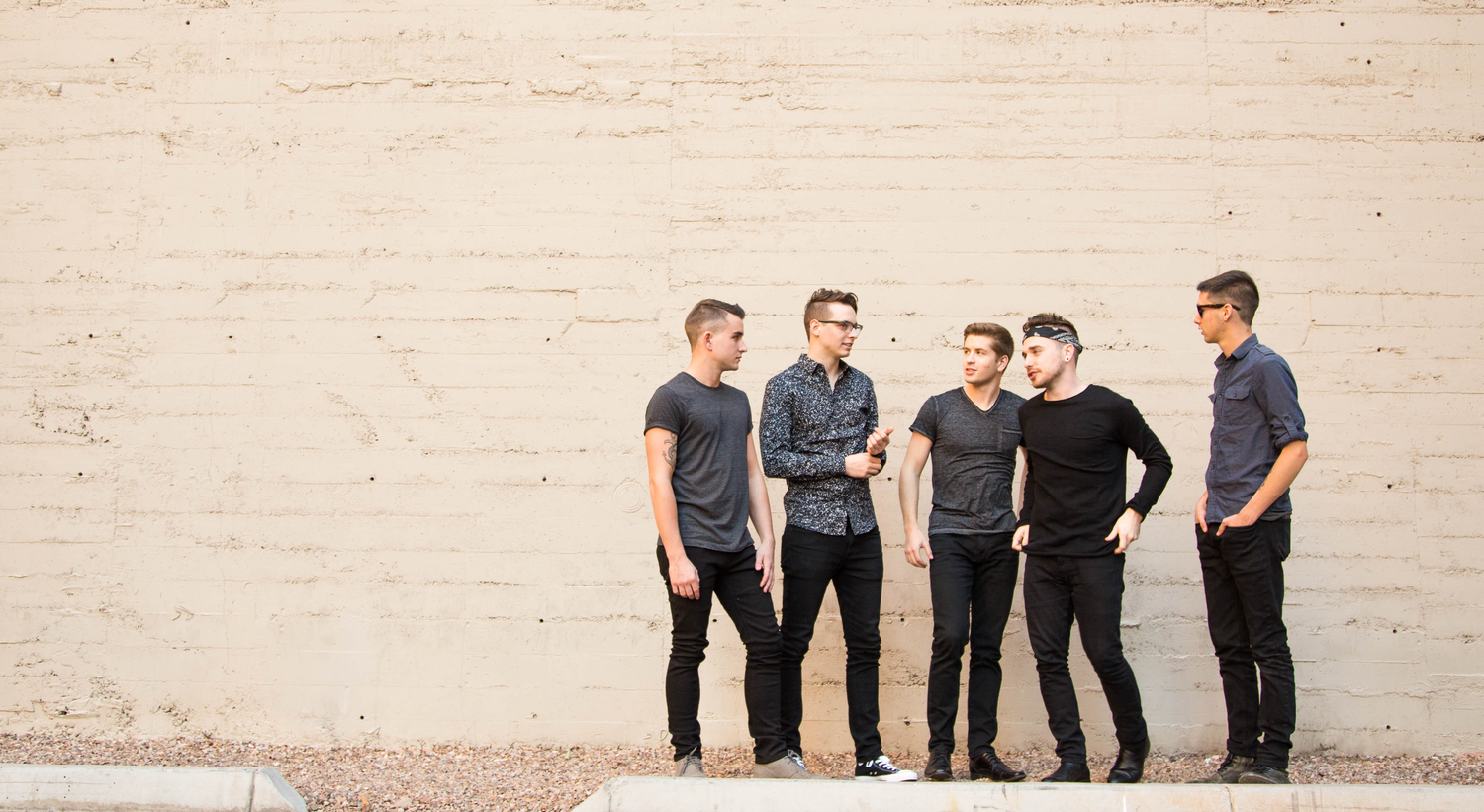 Up-and-coming Los Angeles-based alt-rock powerhouse The Wrecks are currently on break from a national tour supporting stadium-rockers-in-the-making, Nothing But Thieves. I caught up with frontman Nick Anderson recently, who was in upstate New York visiting his family and eating all the things:

He: I’m going to be so out of shape when I get back to L.A. I got winded just brushing my teeth this morning.

Me: Don’t you need to be in shape for tour?

He: It’s probably a good idea.

Me: You can always just sit down on the stage while you sing.

He: It’s not going to be good. I may just give up the mic and let the audience sing; we only have three songs, hopefully they’ll know the words.

Those three songs to which he refers comprise the band’s debut EP, We Are The Wrecks, a  vicious tease of an album, released in April; even though it houses only three songs, each track delivers a whole record’s worth of hard-hitting frenetic fun. Anderson gave me the inside scoop: “We’re incredibly boring people, just an awful group to be around, so if you ever have the unfortunate opportunity to hang out with us after a show, please do, but we can’t promise it will be anything more than sheer disappointment,” he says with a laugh. Nothing could be further from the truth.

The Wrecks have only been a band since last November, when songwriting aficionado  Anderson recruited long-time friend and bassist Aaron Kelley, guitar players Nick Schmidt and Harrison Nussbaum, and drummer Billy Nally to join his new project. Now, only a few months later, the group has been on a major tour, and their debut single, “Favorite Liar”, has received the royal treatment from SiriusXM’s AltNation channel weekly showcase, “Advanced Placement”, which features the next big things in alternative music. “We were playing a show in Wisconsin, and after the set I saw that someone sent the band a Snapchat video of our song playing on AltNation. I almost dropped my phone,”  recalls Anderson. “There was a moment when I was standing there looking at my bandmates thinking ‘they have no idea this just happened.’ When I told them, they totally freaked out. It was surreal.”

While Anderson says he believes there are still some sparks left in their debut EP, he reveals that the band is planning to write this summer to have fresh material when touring resumes in September with Nothing But Thieves. “We just put those three songs out, and people are requesting more!” he laughs. “There are definitely more songs coming.”

Purchase We Are The Wrecks: https://itunes.apple.com/us/album/we-are-the-wrecks-single/id1105932300