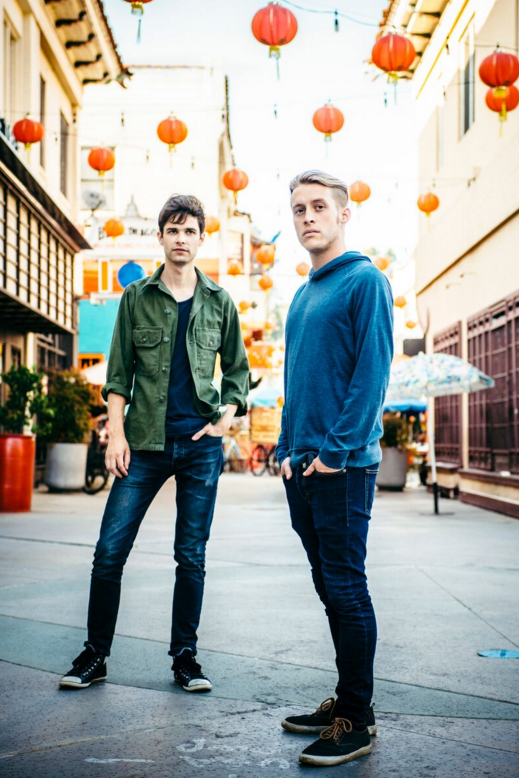 Once upon a time, budding songwriter Luke Atlas moved to Los Angeles from Seattle to pursue a career in music and met fellow crafter of songs Coleman Trapp; “Before the band, Coleman and I were writing songs for other artists; we were doing weird gigs, like making educational rap songs for NASA, random stuff, stuff that wasn’t really ‘us’,” recalls Atlas. “We did that for years, and got caught in that whole L.A. scene of searching for fame and money.” The circumstances became overwhelming and eventually caused Trapp to move away; “I was frustrated with the competitiveness of the mainstream music world that we were in,”  he explains. “I had grown up in Los Angeles, and I needed to get out and see how other circles interact with one another. In L.A., it seems like everyone wants something from you, or they think you want something from them, there’s a lot of wariness. I moved to Denver—I went on vacation and just ended up staying there.”

While in Denver, Trapp worked at a music shop, where he repeatedly heard customers’ stories of regret at not moving to Los Angeles to pursue their dreams. “I realized I wasn’t finished with what I’d started; I had so much back there. I didn’t want to be singing that same regretful song in 20 years, so I took a chance and moved back,” he says.

Trapp says the time away from Los Angeles created a paradigm shift, and that he and Atlas decided they were both ready for something different.  “We got to a point where we decided it was time to do what excited us, do our own thing,” recalls Atlas. A year and a half ago, Coast Modern came to fruition, and their hit single, “Hollow Life”, was one of the first songs born from their declaration of independence. “It’s funny, ‘Hollow Life’ basically says people may want something from us, but this is what we’re going to do,” says Trapp. “Our sound just kind of happened,” he adds. “It’s not premeditated at all, and it’s that in-the-moment aspect that is exciting to us.” The pair have a newfound fondness for their hometown; “We love living here now; if you have the right mindset, and you’re not following trends or trying to do whatever is cool, it can be an amazingly creative environment. The sunshine and the weather definitely feeds into our music,” explains Atlas.

In the past year and a half, the self-described “baby band” has toured with BØRNS, released three groovy sun-drenched singles, and were in the lab tinkering with their soon-to-be-released debut full length album before they hit the road to provide opening support for The Wombats, a tour which will bring Coast Modern to the Cannery Ballroom in the Music City on Tuesday, July 19th.  The band’s journey proves that timing is everything, and that the distance between two points is rarely a straight line. “We’ve worked hard for a long time,” says Atlas. “The fact that we’re finding success after all of this is pretty wild. We love it.”

+ more festivals to be announced