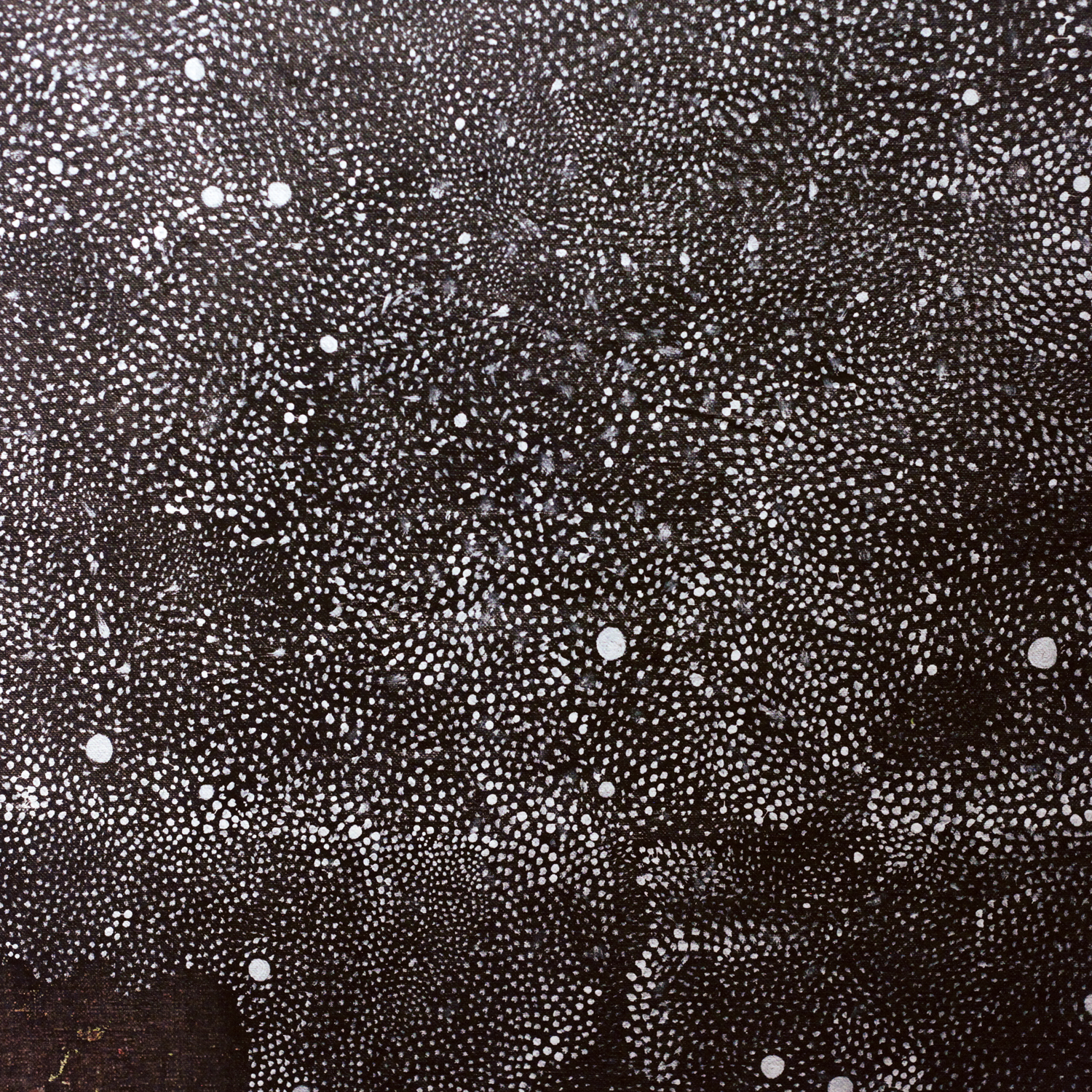 Until a month or so ago, Nashville underground rock outfit Ranch Ghost had two songs out in the digisphere, that they had posted in 2012. Devotees, and believe me, there are a multitude of us, had to be satisfied with “New News” and “The Water” on repeat. You do what you have to. I met up with frontman Josh Meadors in a dimly-lit East Nashville dive in February, who assured me that a formal musical release was on its way.

Well friends, that day has come. On July 1st, Ranch Ghost will release their proper debut album, Lookin, to the salivating masses. Produced by member Mitch Jones (also of Fly Golden Eagle, Thunderbitch, Majestico) at his studio in East Nashville, and unleashed via Rough Beast Records, Lookin, is ten tracks of lo-fi surfy garage rock with a psychedelic flourish, and is everything I hoped that it would be.

Listeners can paddle out into the murky distance with opener “Black Caboose”, which sets the driving tone, ushering riders into “Bleu”, about a cat who found itself sampling the goods in a magic mushroom patch. Ranch Ghost promises that no animals were harmed in the creation of this fantastical tale.

With album standout “Ragged Mile”, the boys invoke the spirits of 70s glam rock’s past—this writer’s antenna definitely picks up hints of T. Rex, Velvet Underground, and The Stooges, which prevail until the musical wave takes us to the aptly-titled “Turfin” (surfin’ in the city? Maybe…). “Gross Eyes” features searing guitar with vintage fuzz, and Meadors’ frenetic tenor is delivered in snarling punk fashion. “Feels So Good” does just that as it sizzles through my speakers, and makes a beeline to the top of the favorites list.

Stellar job, Ranch Ghost. Lookin’ was worth the wait.