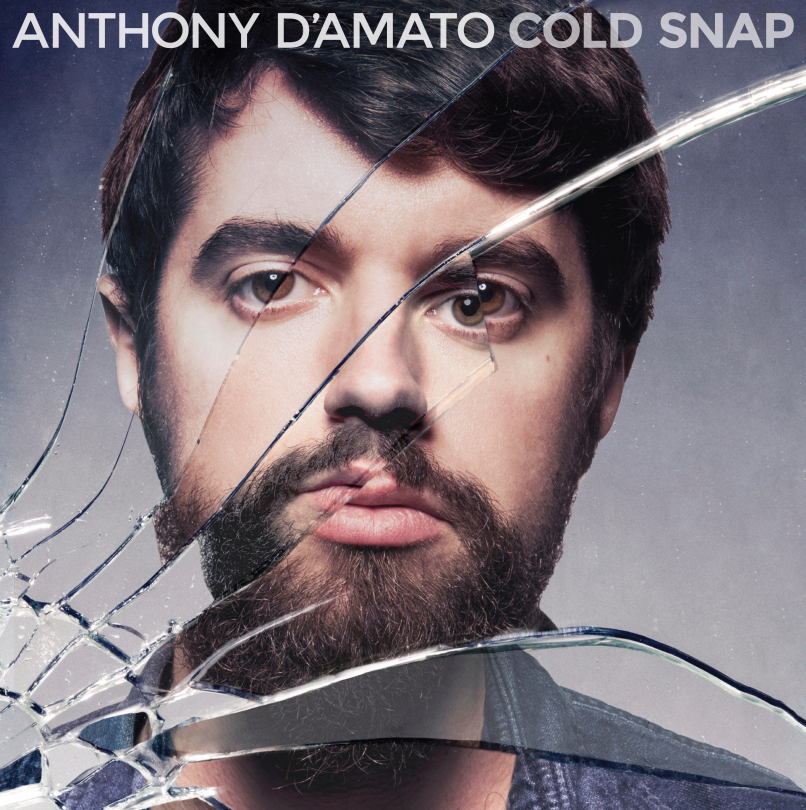 Brooklyn-based modern folk maestro Anthony D’Amato’s new album, Cold Snap, out today via New West Records, showcases the amazing songwriting we expect from D’Amato, with an adventurous take on folk rock that crosses into new territories; he explores every realm of musicality and songwriting within his reach, at a speed that doesn’t slow at any turn. Each song is dynamic and full of emotional and musical depth that takes us deeper into the framework of possibility.

The second track of the album, “Rain on a Strange Roof”, a standout, begins with rip-roaring mandolin and guitar that virtually leaps through the speakers. As the verse starts, the instrumentation quiets, allowing D’Amato to begin his story. The song is dynamically versatile— the chorus softens as D’Amato confesses, “I ain’t afraid, but that feeling’s creeping up/I ain’t in love, but I’ll be there soon/Lying awake while she’s still sleeping/Now I’m just listening to rain on a strange roof.” The narrator battles himself as he contemplates his circumstances and eventually gives in to his own desires.

“If You’re Gonna Build a Wall”, inspired by D’Amato’s experience at a Donald Trump rally in New York, takes a simpler approach in production than the rest of the album; the instruments are stripped back to highlight the message within the song—comparing those on both sides of a wall, and contrasting the social and cultural stigmas of each—“This side’s heaven and that side’s hell/This side poisoned that side’s well” he sings in the first verse of the song. The chorus is simple yet profound as D’Amato warns, “Oh if you’re gonna build a wall/You better be ready for the day it falls.” Throughout history people have tried to build walls and barriers to separate classes of people, cultural values, and racial differences; history has shown that these walls come down, one way or another. As a protest-style song, this one explores truth that cannot be overlooked as D’Amato points to the hypocrisy of the idea of social and ethnic walls we try to erect.

This album is packed full of hard-hitting rock tracks like “Oh My Goodness” and “Blue Blooded” which highlight the versatile abilities of his writing and musicianship, while also hidden in the cracks are tracks like “A Kick in the Teeth” and “Honey That’s Not All,” that dial back the sound while maintaining the energy of a good story or melody. Cold Snap is a stop at every corner of the heart, with themes of love, loss, humanity, and searching. This album is powerful from beginning to end; the body is cohesive, yet each song uniquely stands alone.  Listening to it is a journey I wish would never end.

[This review was written by the multi-talented James Farley; you can follow him at https://jamesfarleymusic.wordpress.com]