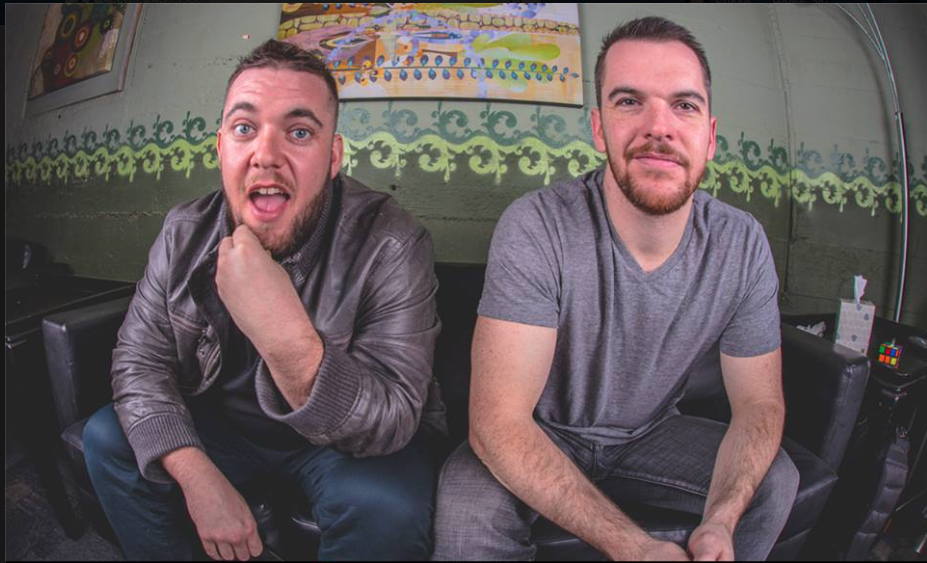 There are countless ways to combine samples, sounds, and samples of sounds to make music, and few, if any, bands uniquely demonstrate that better than The Floozies.  Comprised of siblings Matt and Mark Hill, who have been jamming together since childhood, The Floozies have been funkafying concert halls and making folks shake what their mamas gave them for the last decade. “Matt and I have always played around together; we didn’t really wake up one day and say ‘we want to make funk music,’ it just happened,” explains Mark, the drumming half of the duo.   “I used to play in a punk band, but my style didn’t really fit that kind of music.  We grew up listening to classic funk in our house.”

With Mark anchored behind the kit, Matt mans guitar and production for the band.  “Sometimes, Matt will get an idea on guitar, throw it on a track, and within 10 minutes has a solid song idea,” says Mark. “That being said, there’s a lot of tedious stuff that happens. Sometimes inspiration will grab him, and he won’t go to bed until a song is finished.”

These days, lots of shade is thrown in the direction of electronic music, but the fact is, the process is very labor- intensive and requires a mountain of creativity to create it. “To be honest, before I tried to play electronic music, I didn’t think I would like it.  I was like, ‘Oh, it’s just a bunch of people using computers? That’s bullshit.’ It’s natural to fear something you aren’t familiar with at first,” Mark says.  “It’s ok if people want to hate on it, there are definitely things I don’t like myself.  If people give it a chance they’d find that the computers don’t do all the work.”

“It’s pretty impressive what you can do on a guitar or a set of drums; I’ll never stop drumming, but with the aid of a computer, there are so many new sounds to be made and new songs to be written,” he adds. “The music doesn’t create itself. One 10 second transition might take a year to make; if you’re into electronic music, you have to understand that a lot of the magic happens at home.  That’s why so much thought and time is invested into the live shows; you’ll have a multi-artist curated event with a complicated light show. It’s a lot more than just pressing ‘play’.  We play our instruments live, and we do a lot of stuff on the fly during our shows.  Even if you do just show up on stage and press ‘play’, there’s still honor in that, you’ve worked really hard on the music you have in order to bring it to the stage.”

The brothers Hill have a palpable chemistry and an obvious connection that shines through in their craft. “We agree on everything with our music, I always trust him because we have such a similar vision,” says Mark of his brother. “We have an ability to communicate on stage without words, I know what he’s going to do all the time, it’s hilarious.  Even when we’re improvising on a song on stage, I know where he’s going.  Occasionally he’ll throw me for a loop, but it’s all in good fun.  We’ve been best friends our whole lives.  I can’t imagine being in a band with random people.”

Floozies shows are a family affair in more ways than one; “Our mom has even performed with us before. She spins fire batons,” says Mark. “I always thought it was cool that she was a baton twirler in college, and I suggested she come out with us and we’d light the batons on fire, and she did it.”

The Floozies are tearing up the festival circuit this summer, and will be making their debut at a little festival in my neighborhood called Bonnaroo. “We’re so pumped, we’ve got new stuff to drop.  It is such a huge event, we’re so excited to play at that level.  We grew up talking about Bonnaroo like it was this legendary thing, and now we’re playing at it.,” Mark says. “It’s a good feeling.”

Can’t make it to the ‘Roo? The duo will be taking the party all over the country this year, and will even headline at Red Rocks in October.   Mark says they are excited to test their new tunes on fresh ears while on tour. “Give the new stuff a chance, but don’t worry,” says Mark.  “We’ll always stay funky.”

[The Floozies will perform at Bonnaroo in This Tent on Thursday, June 9th at 12:30 a.m.]