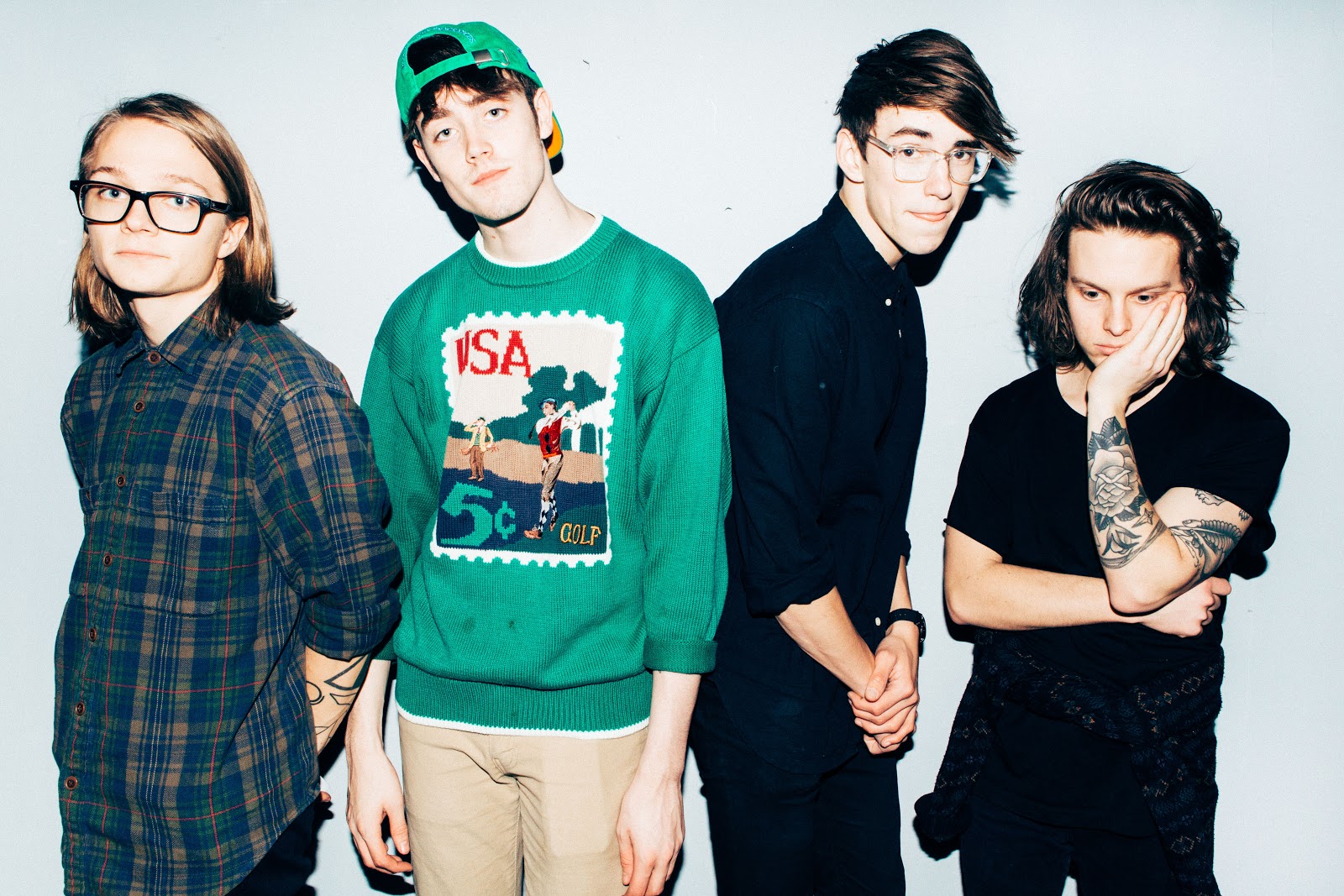 “We’re just four young lads who don’t want to disappoint anybody.  We’re still very impressionable and our hands are still really clean.  We don’t want to act like we know what’s up or that we know more than you, or that we have everything under control.  We’re just winging it, and we’re really thankful that people have given us the support they have,” says Hippo Campus vocalist Nathan Stocker of the quartet’s journey so far.  The foursome attended a performing arts high school together in St. Paul, Minnesota, which enabled their immersion into music.  “We all had our own heroes, but together, we just wanted to make good music that our friends could dance to,” explains Stocker. “It was generated out of a desire to have long, fun, sweaty nights, instead of trying to emulate a band we admired.”

Hippo Campus’ hard work crafting ridiculously catchy tunes has earned them favor from the alternative and indie pop gods—they’ve shared stages with My Morning Jacket, Modest Mouse, The Mowgli’s, Walk The Moon, Little Comets, and JR JR, played major festivals like SXSW and Lollapalooza, racked up millions of streams on Spotify, and have made a late night television appearance performing on Conan.   “Everything changes; as we’ve grown up, and experienced things we never thought we’d experience, our goal as creatives has changed as well.  We want to be open to whatever comes our way, but there will always be a sense of ‘party’ in this,” he says.  “We want people to come out and have a good time and we want to create a moment of joy; we never want it to get to a place where it feels forced.”

Now, the band is crisscrossing the country once again, kicking off their tour in Fargo in April.  “Yeah! Go Bison! “We’ve never played a show there before, so we’ll see how they turn up in Fargo…dontcha know,” says Stocker in his best North Dakota-inspired accent.  As for whether new music is on the way, he gets a little cryptic; “I don’t know how much I can say…I think you’re nice, so I can let you know that we’re working hard,” he says with a laugh. “We’ve got our hands tied to some balloons, we’re working on some stuff.  You never know

The tour brings Hippo Campus to Nashville to play a show at the High Watt on May 23rd.  “Each time we go to Nashville, we fall more in love with it.  I don’t know what it is about that town for me, but it gets me every time.  We’re looking forward to hanging out some nice dudes and gals there,” he says.  “Especially the gals.”

Can’t make it to the Nashville show? Don’t fret, the band will probably be in your neighborhood soon: