It felt like I was attending a serious hot yoga session last week, as a sold-out and sweaty crowd, a.k.a. The Tribe,  pushed its way into every nook and cranny of the humid Mercy Lounge to see Nahko & Medicine For The People.  I wasn’t exactly sure how this was all going to pan out—I had seen and heard that a N&MFTP show gets rowdy, with the band itself leading the energetic charge.  I was unaware as to the sheer number of Nahko devotees that there around here for this west coast-based band, but then I recalled a something Nahko had said to me in our chat the week before—“I’ve been told I’m a leader, and even though I don’t always know where I’m headed, people seem to follow me.”  Understatement of the century.

The opening support, a Los Angeles psych-punk party band called New Beat Fund, was a sight to behold.  Flanked by two guitar-playing Kurt Cobain lookalikes, highly entertaining lead singer “Burnie Baker”, who does a better herkie than any cheerleader I’ve seen, brought the energy from the moment the band stepped onto the stage.  At one point, Burnie told us that he was a vape enthusiast, and that the band, who was too poor to afford a fog machine, needed all the vapers in the house to come up to the front and lend a hand.  It got pretty smoky after that, but the haze came from an actual fog machine…I think.

I knew this was going to be a truly unique experience when, between sets, I caught a glimpse of Nahko using a smoking sage smudge stick on the side of the stage to purify and cleanse the atmosphere.  The Tribe was getting audibly restless when Nahko and company finally entered the room to a tribal drum beat; Nahko approached the microphone and said “Aloha”, and the crowd erupted a like Big Island volcano.  Beginning the set with an anthemic musical invocation paying tribute to native people, Nahko & Medicine For The People put the “move” in “movement” with their message of indigenous empowerment.  There was so little room left in the space that the air even had trouble finding a spot to settle.  Of course, that did not stop the entire audience from shaking the building with their dancing and singing; you know it’s a good time when you’re making the band smile.

If you missed the fun, don’t fret! Enjoy these glorious photographs from the show, and check out the schedule below to see if Nahko & Medicine For The People will be in your neighborhood soon: 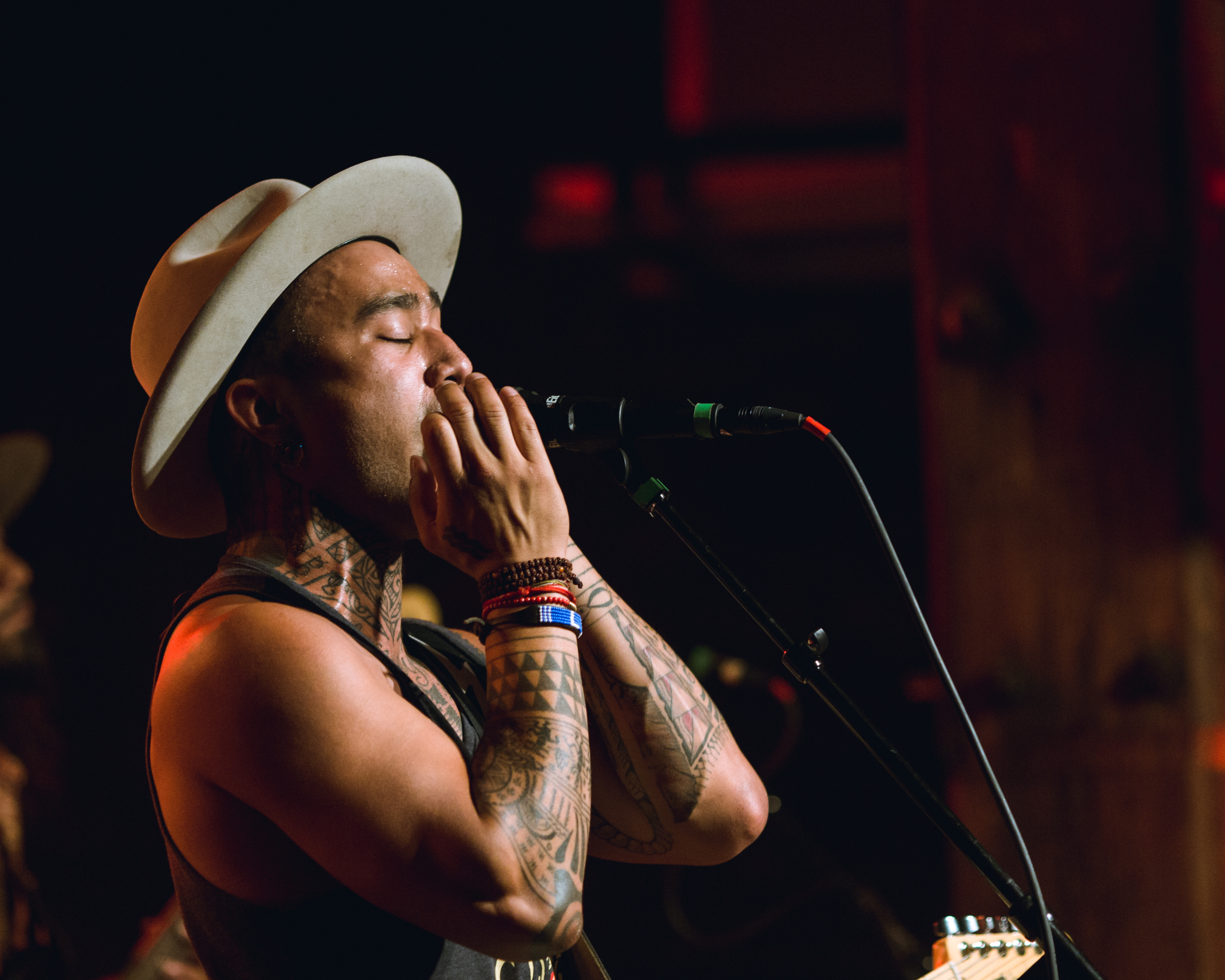