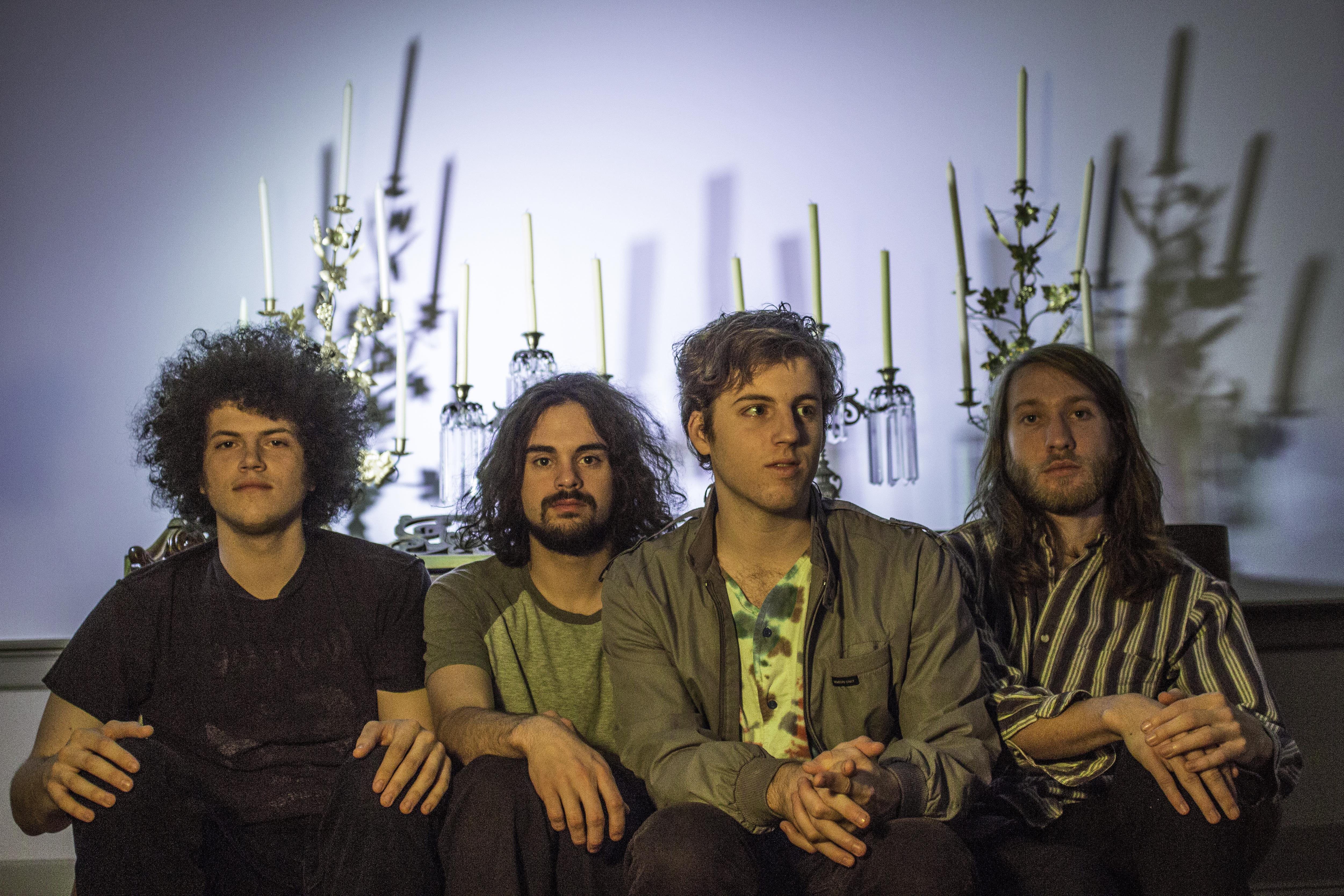 About a year ago, I got the chance to see psych-rockers New Madrid perform live in the Music City—there was excitement, there was entrancing music, there was charismatic stage presence.  And, there was lots of hair.   “There will be a little less this time,” says frontman Phil McGill with a laugh.

The Athens-based four piece live together in what they call The Barn—“We’ve got two goats, a couple of chickens, free range of course.  My room and our other guitar player’s room are separated by a hay wall,” he says of their creative abode, a place where they can make as much noise as their psychedelic hearts desire.

The Barn is only a short bicycle ride to the studio where the band recorded their new album, magnetkingmagnetqueen, set for release on April 29th via New West Records’ imprint Normaltown Records.  New Madrid will celebrate with a double-header in Nashville on Thursday, April 28th—an in-store performance at Grimey’s followed by a show at The Basement East.

This album takes the band in a more abstract direction, a fact which is even reflected in the cover art.  “We knew that this record felt different.  Abstract art gets me going; this album is a mixture of all things abstract and surreal, so we felt it was appropriate,” explains McGill.  “We’ve always been into krautrock bands and their allegiance to experimentation, it’s a big touchstone for us. We wanted to make ambient, experimental, gauzy stuff, music to get lost to.  It’s also an alternate soundtrack to a certain movie…but people will have to figure out which one on their own.”

Comprised of fifteen lyrically diverse songs of varying lengths and sonic personalities, the album is one that allows a mental escape for the adventurous listener.  “We want people to have an out-of-body experience when they listen!  We also want people to be able to listen to it a bunch and find something new in it every time.  That’s definitely the goal when I’m writing.  One of my favorites is based on an idea that Tim, our bass player came up with called ’36 Grams Of Sugar’ which is the amount of sugar in a Coca-Cola.  It’s kind of a meditation on that,” laughs McGill. “Coca-Cola is good, it’s a smile, it’s happy, but as good as it is, it can be a poison,” says McGill.  “Too much of anything can be a bad thing, right?”