After the Quiet Hollers warmed up the crowd at Trinity United Methodist Church, alt-folk trio The Ballroom Thieves took over performance duties, the band’s first time playing in Savannah; “We’re from the north so we’re going to milk the whole y’all thing. How are y’all doing?” band member  Devin Mauch asked the crowd, or maybe I should say, the congregation, before he took his place behind a microphone and a hodgepodge of tribal-looking percussive implements.  Mauch was joined by fellow bandmates, Martin Earley on vocals and guitar, and Calin Peters on vocals and cello, and The Thieves dazzled us with their unquenchable energy and celestial three-part harmony.  Peters plays cello with a vivacious ferocity I’ve never before witnessed, and these three create some amazing vocal dynamics.  They treated us to sections from their latest album, 2015’s A Wolf In The Doorway; I realized during one such song, “Bullet”, which has what I would  consider emotive “movements” rather than sections, that my cheeks were hurting from smiling and my eyes were dry because they were wide and unblinking—they were so laid-back in our interview earlier that day, but this band is absolutely explosive on stage.  Have mercy. 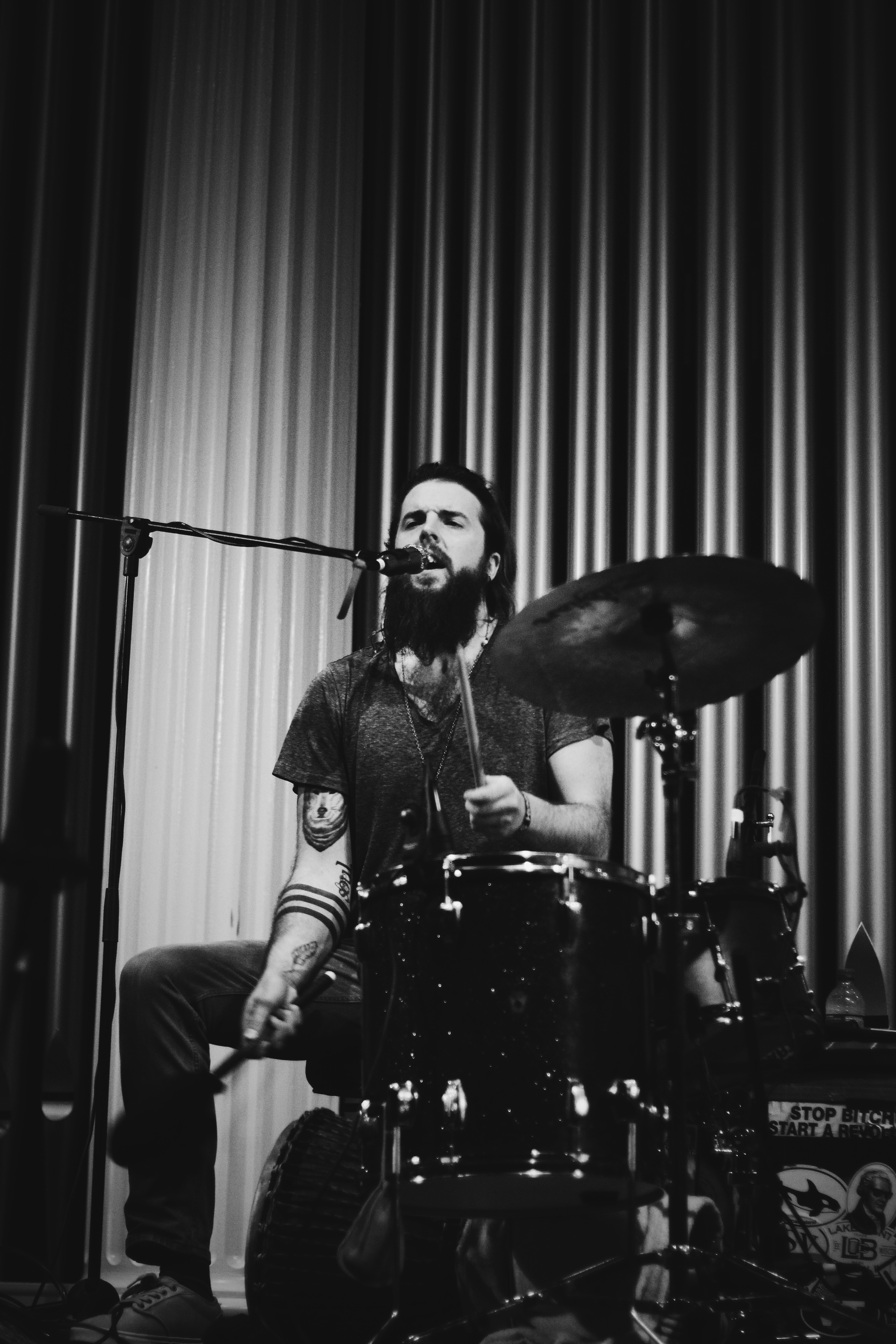 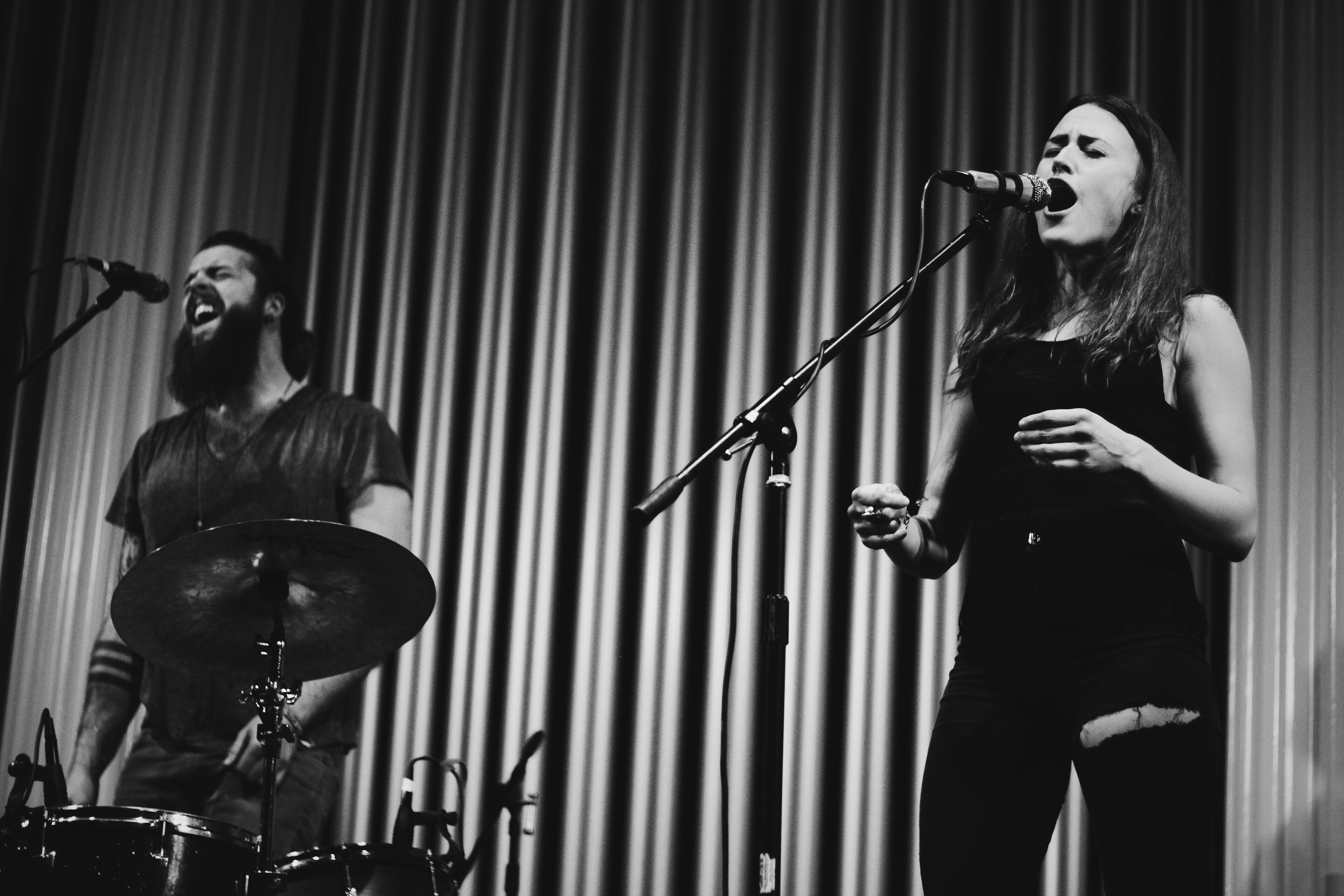 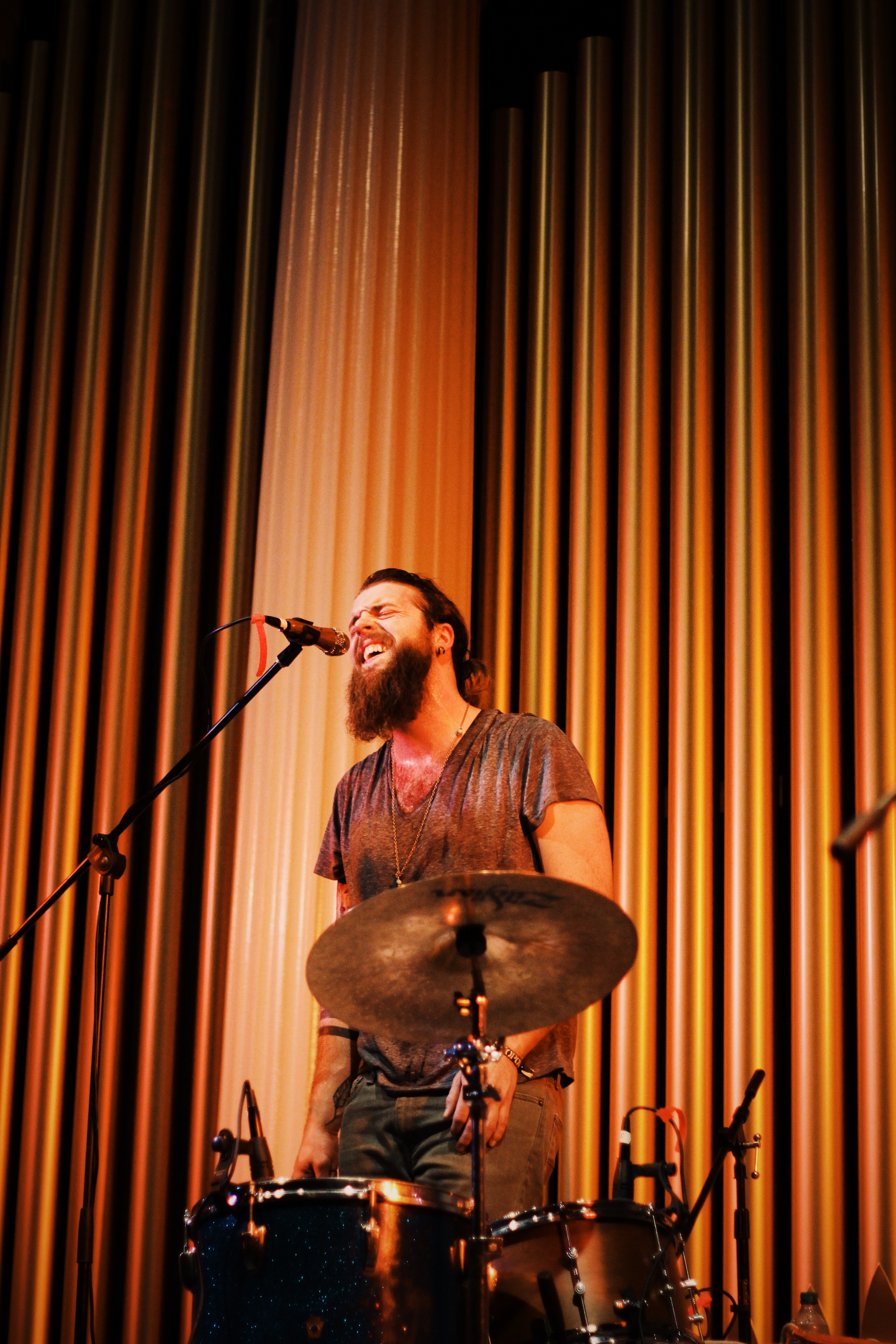 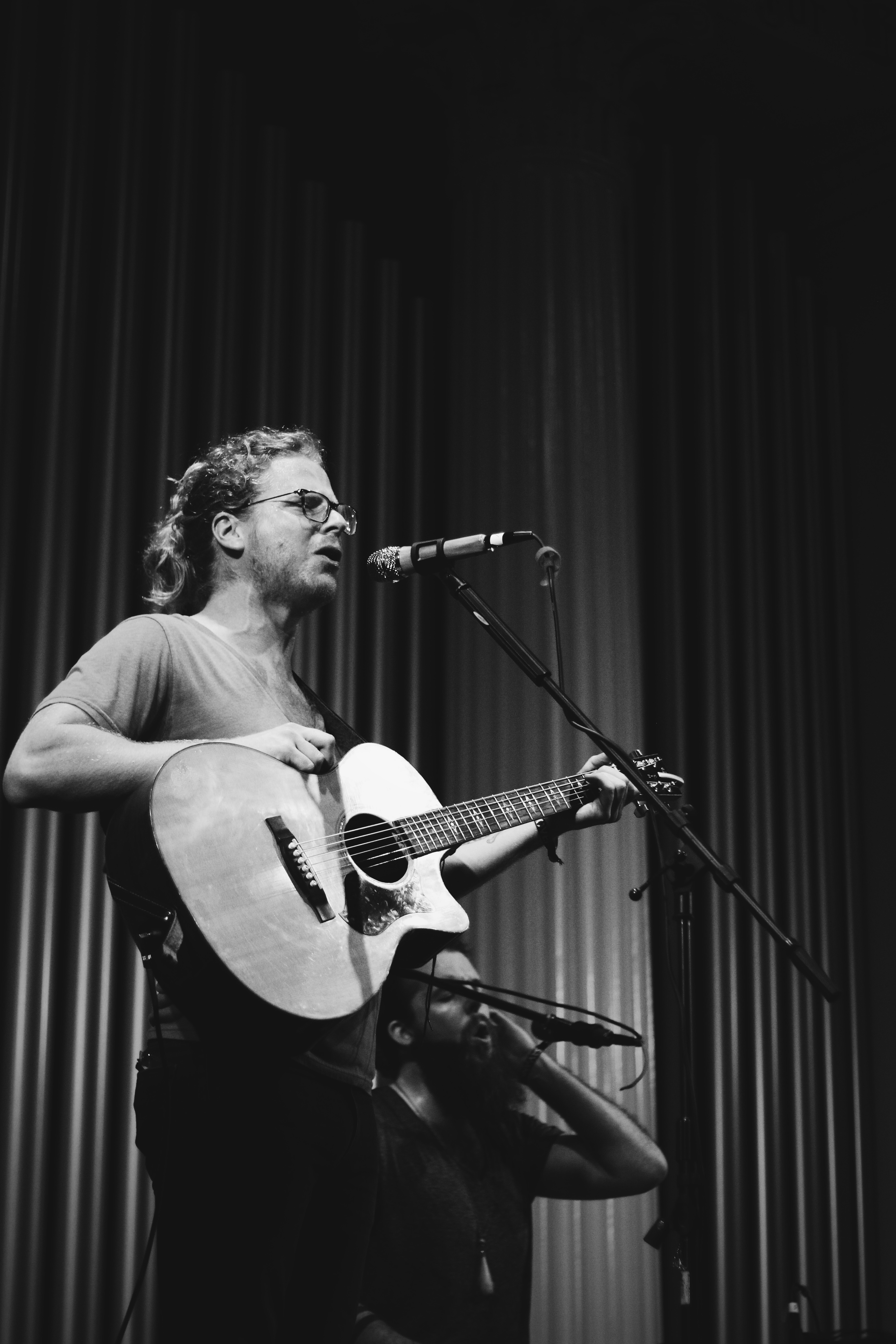 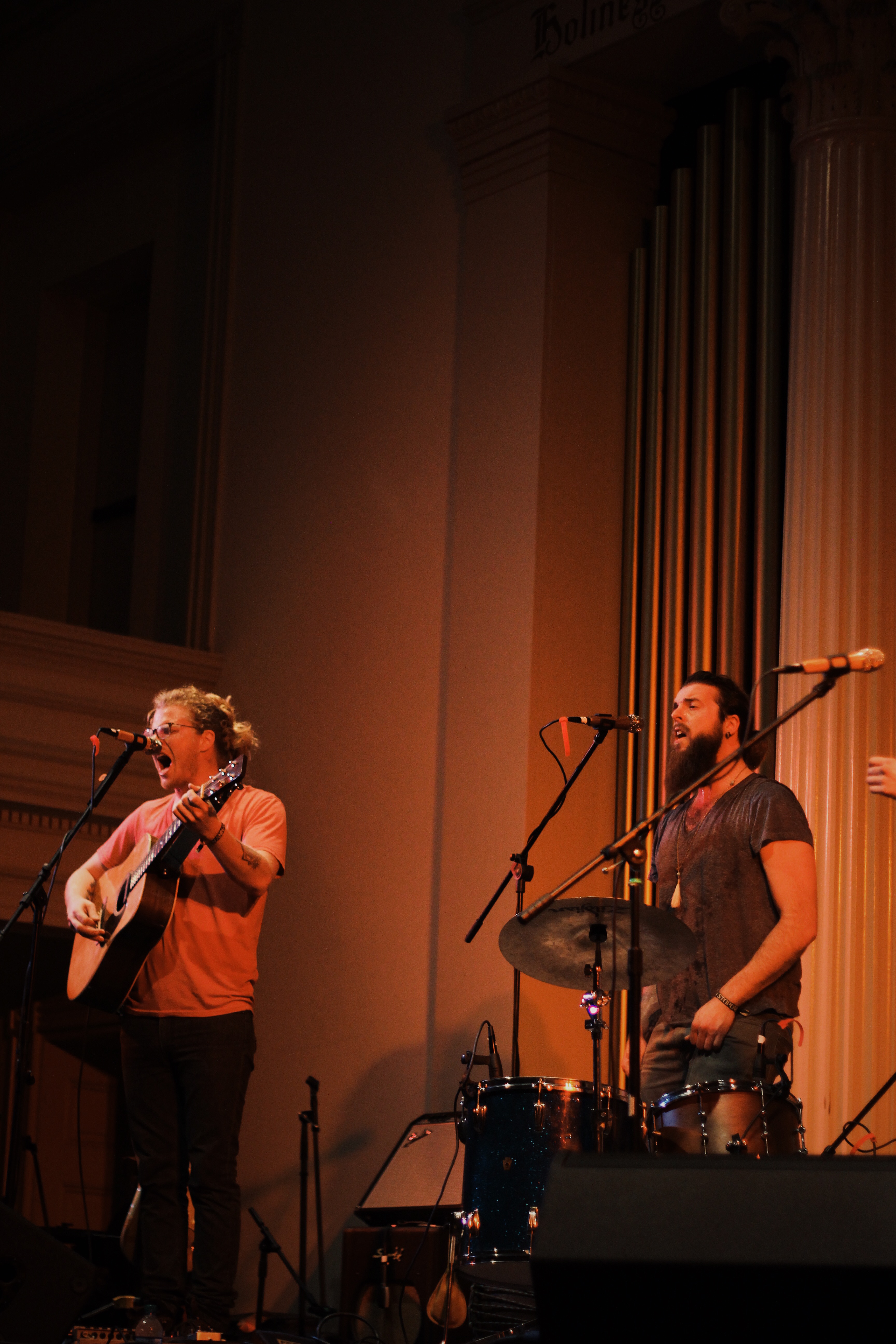 David Wax Museum brought their colorful and lively brand of Mexo-Americana to the pulpit next; I had interviewed frontman David Wax before their last show in the Music City supporting their latest album, 2015’s Guesthouse, and their live performance absolutely blew me away.  The brought the same vigor and verve to Savannah Stopover, as well as Charlie, their resident guitar virtuoso whose wardrobe never ceases to amaze and surprise.  He even made a costume change midway through the set, I was thoroughly impressed.  The Ballroom Thieves, jumped on stage and joined the Museum for a song, and all was right in the alt-folk world.  Swoon. 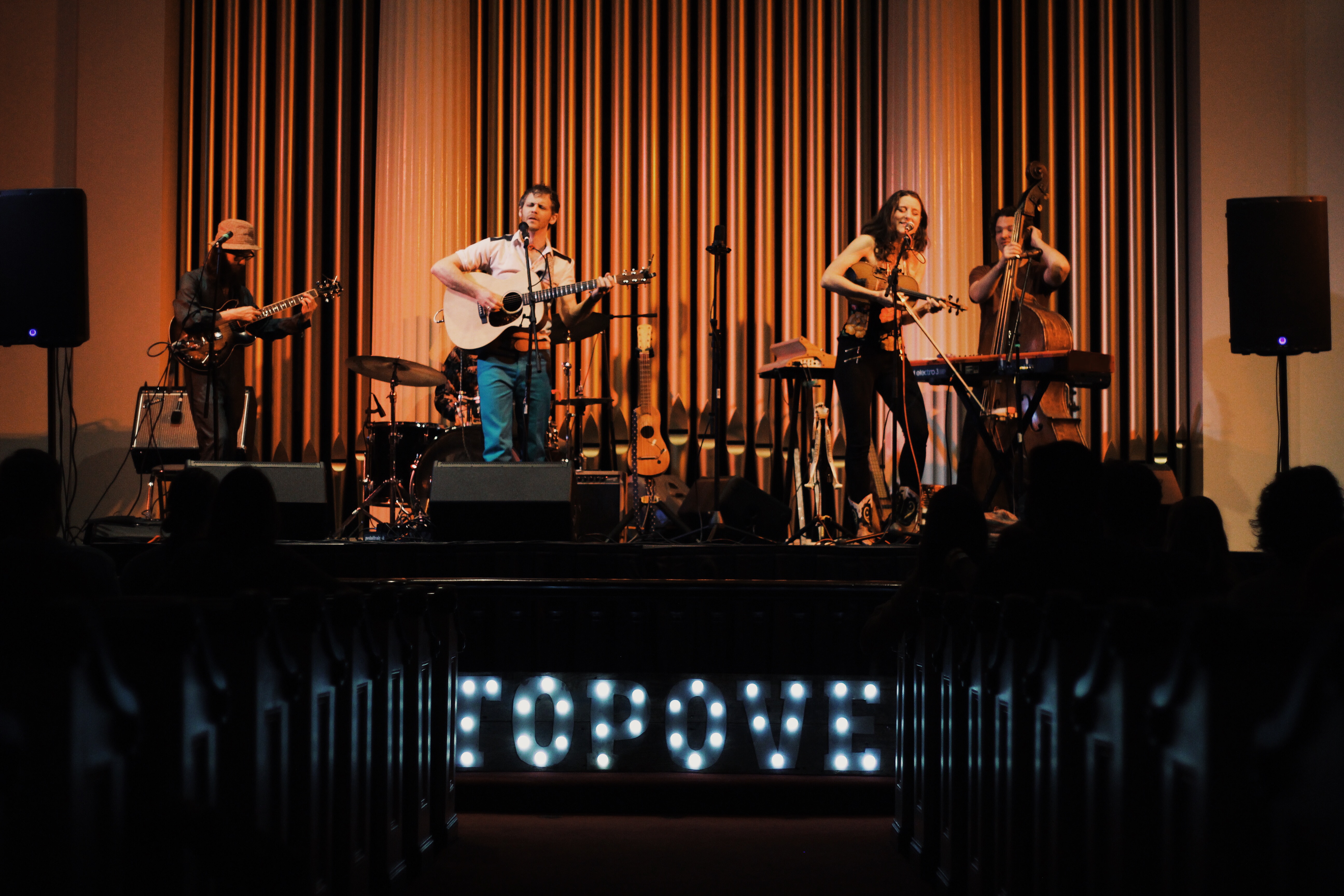 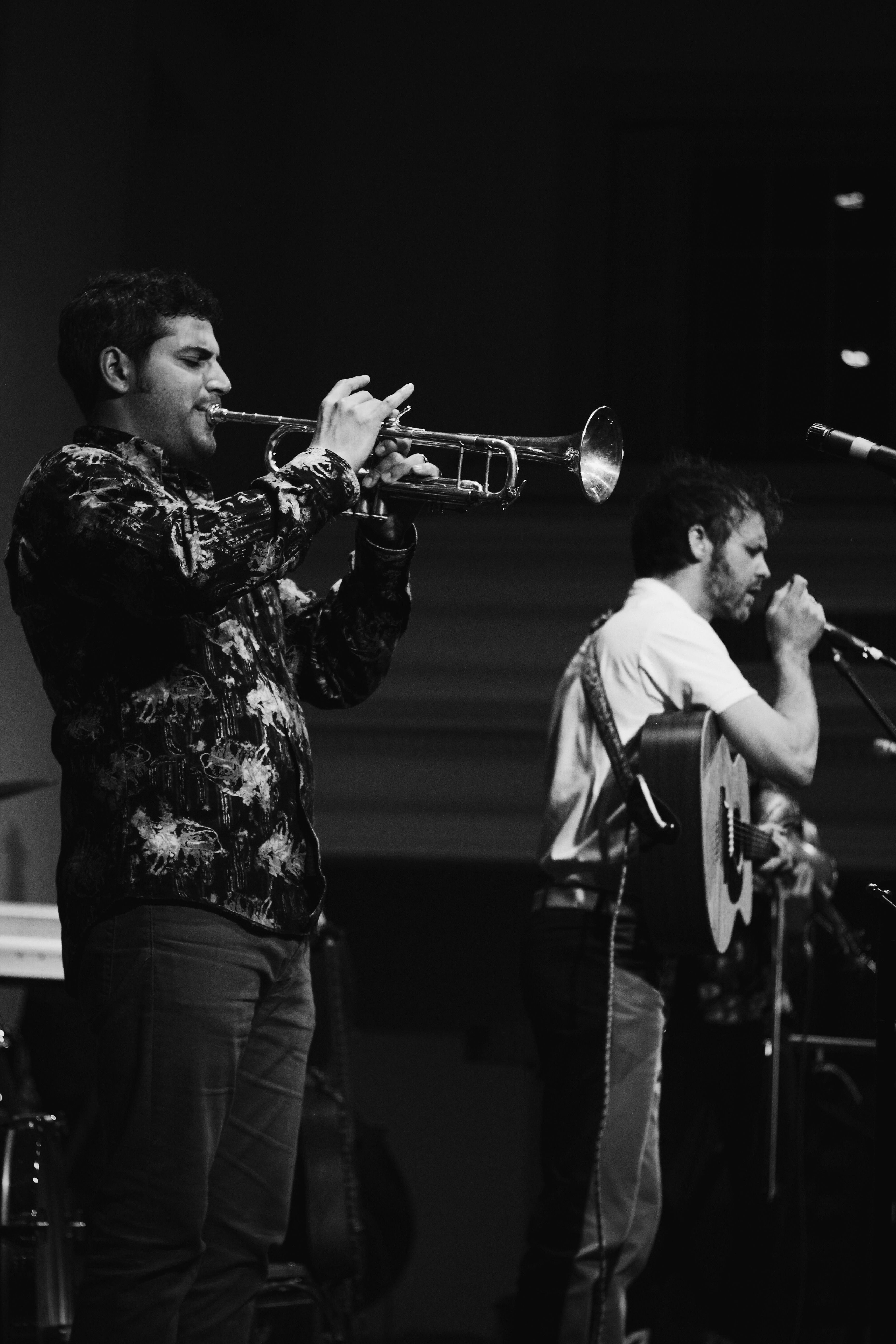 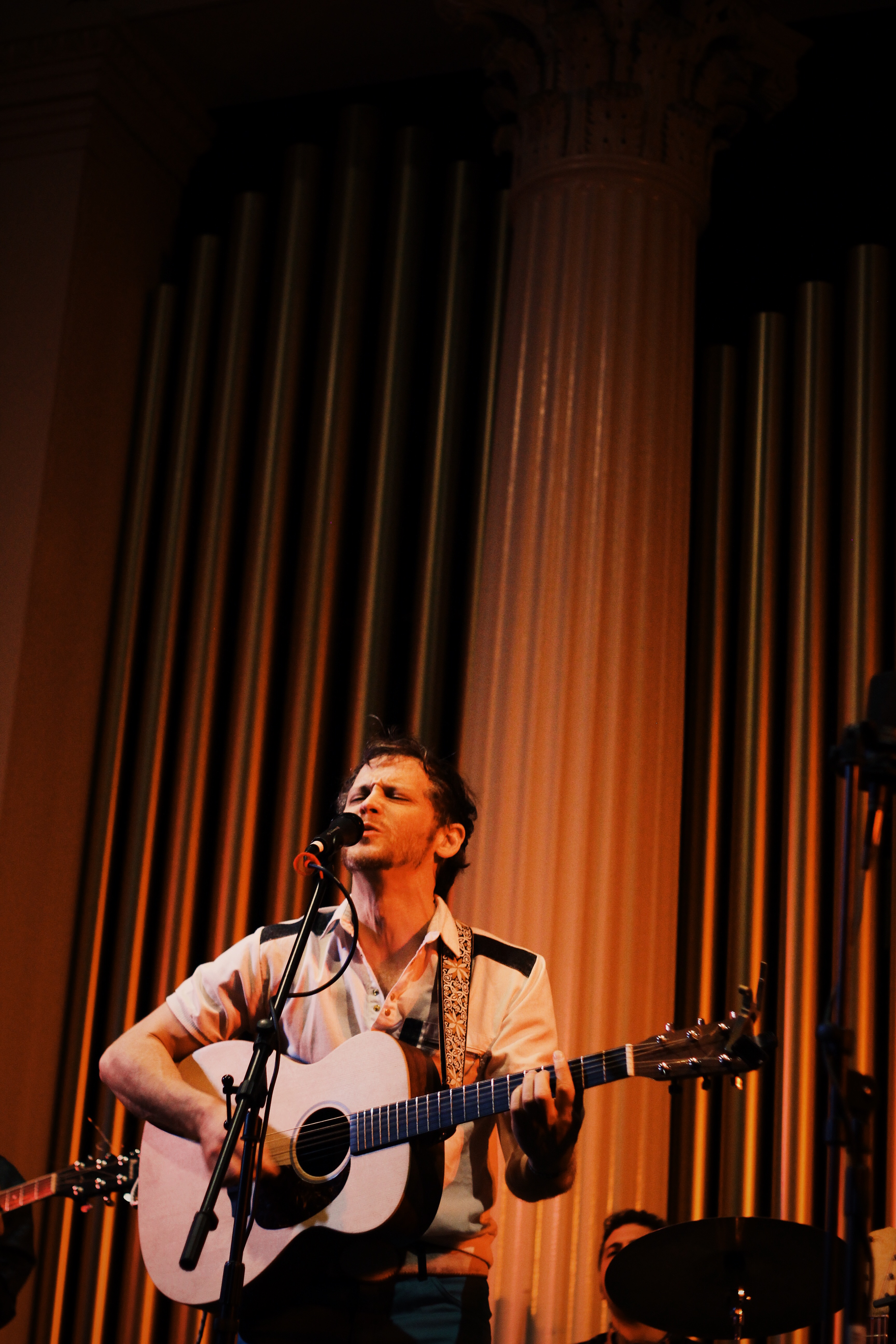 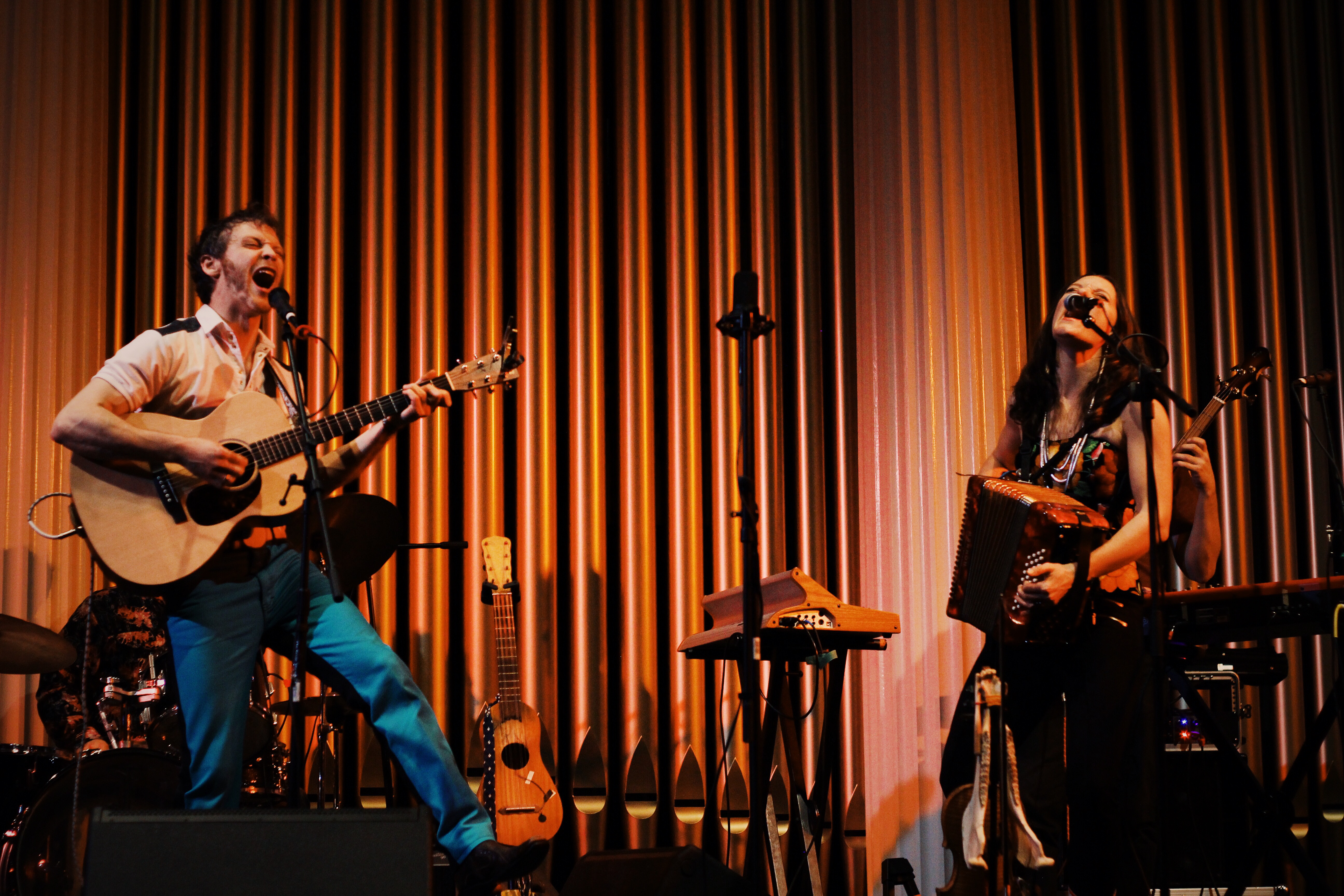 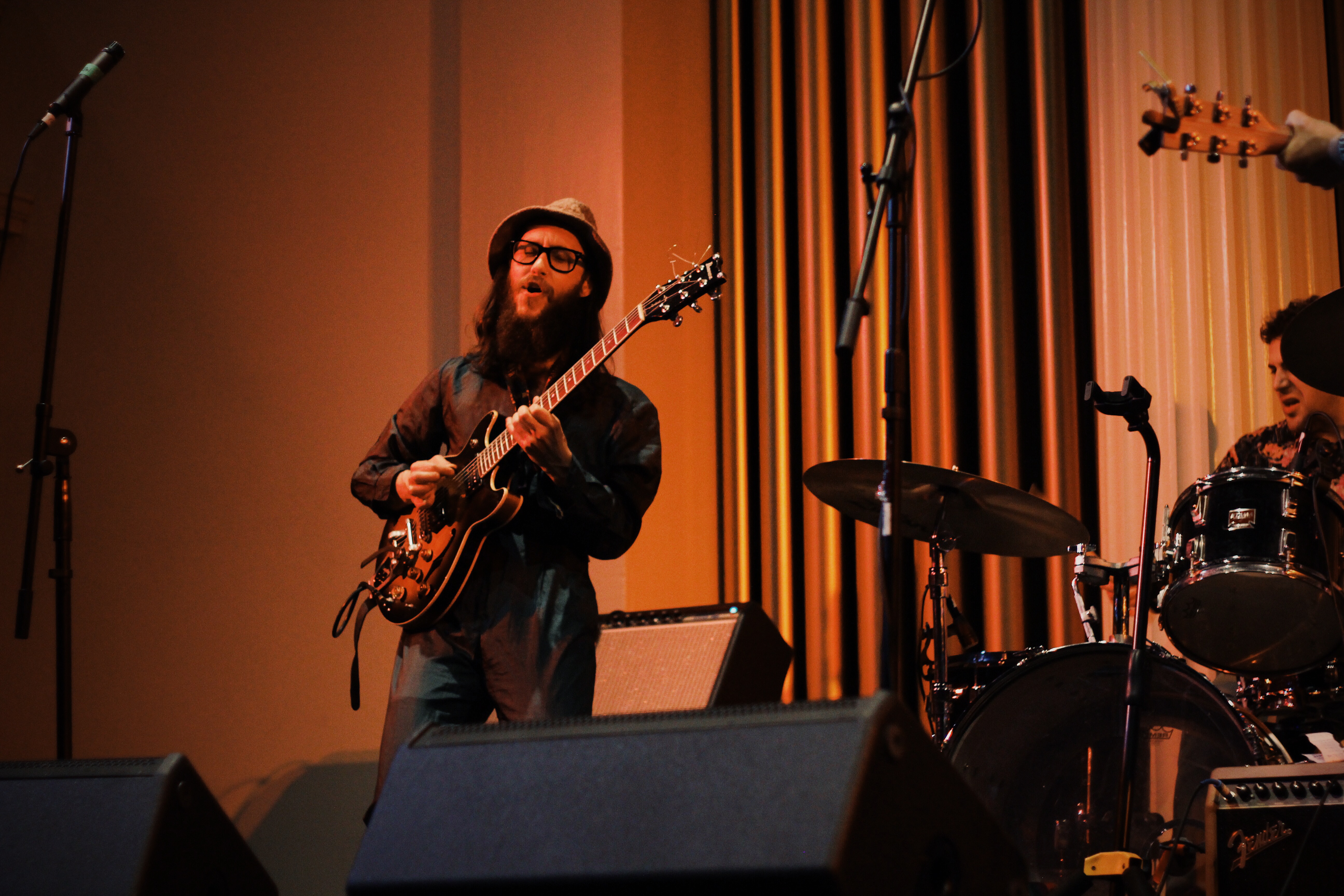 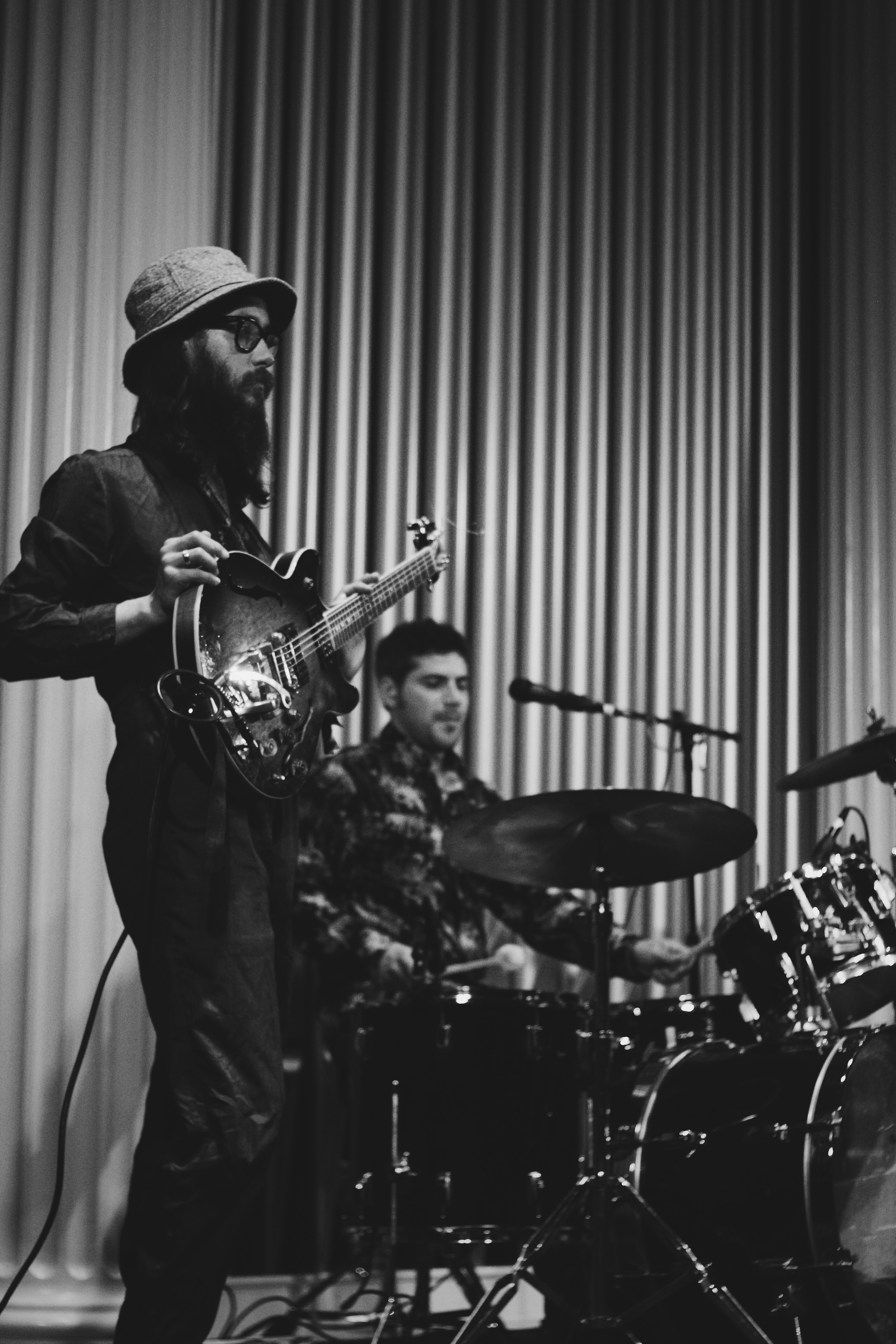 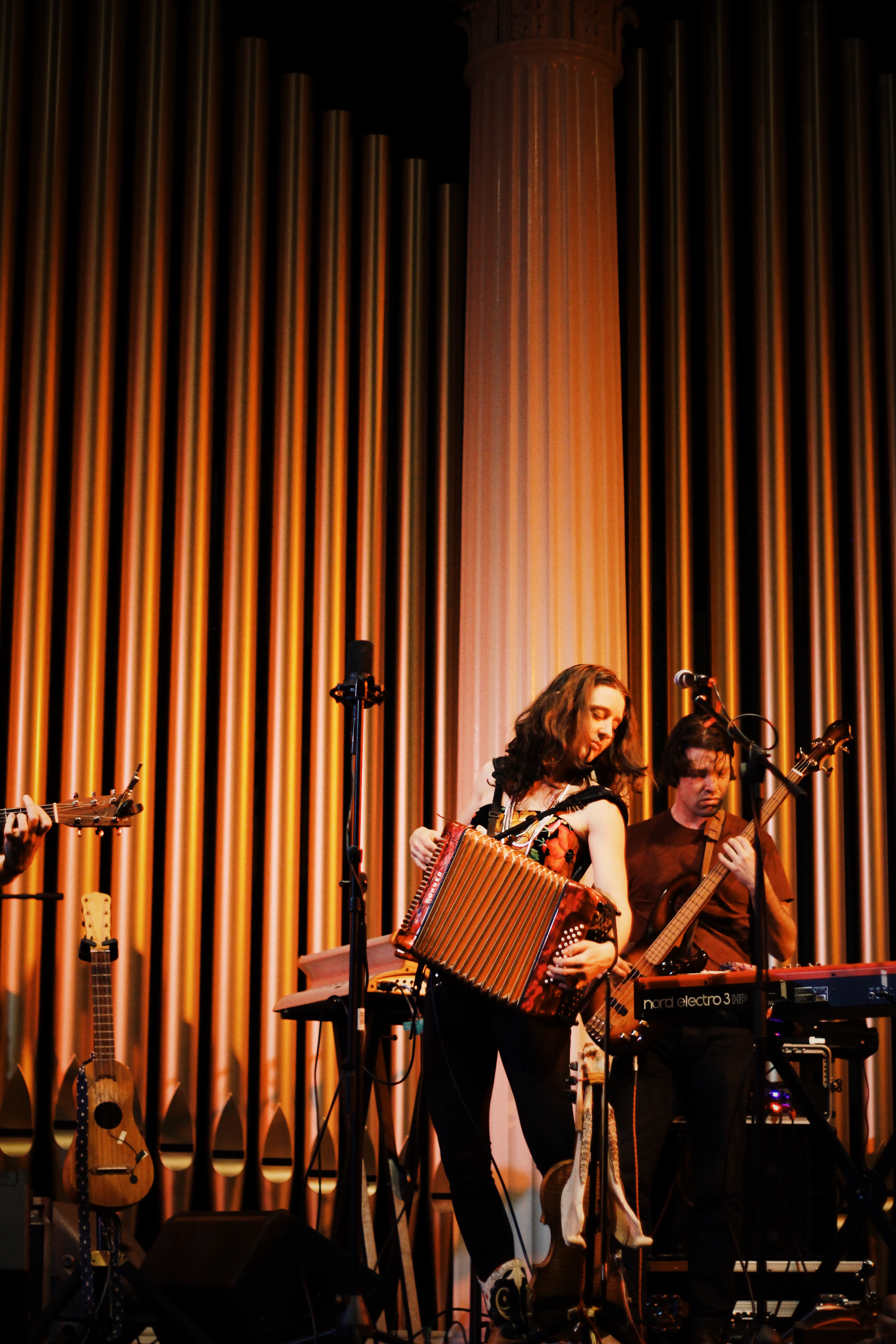 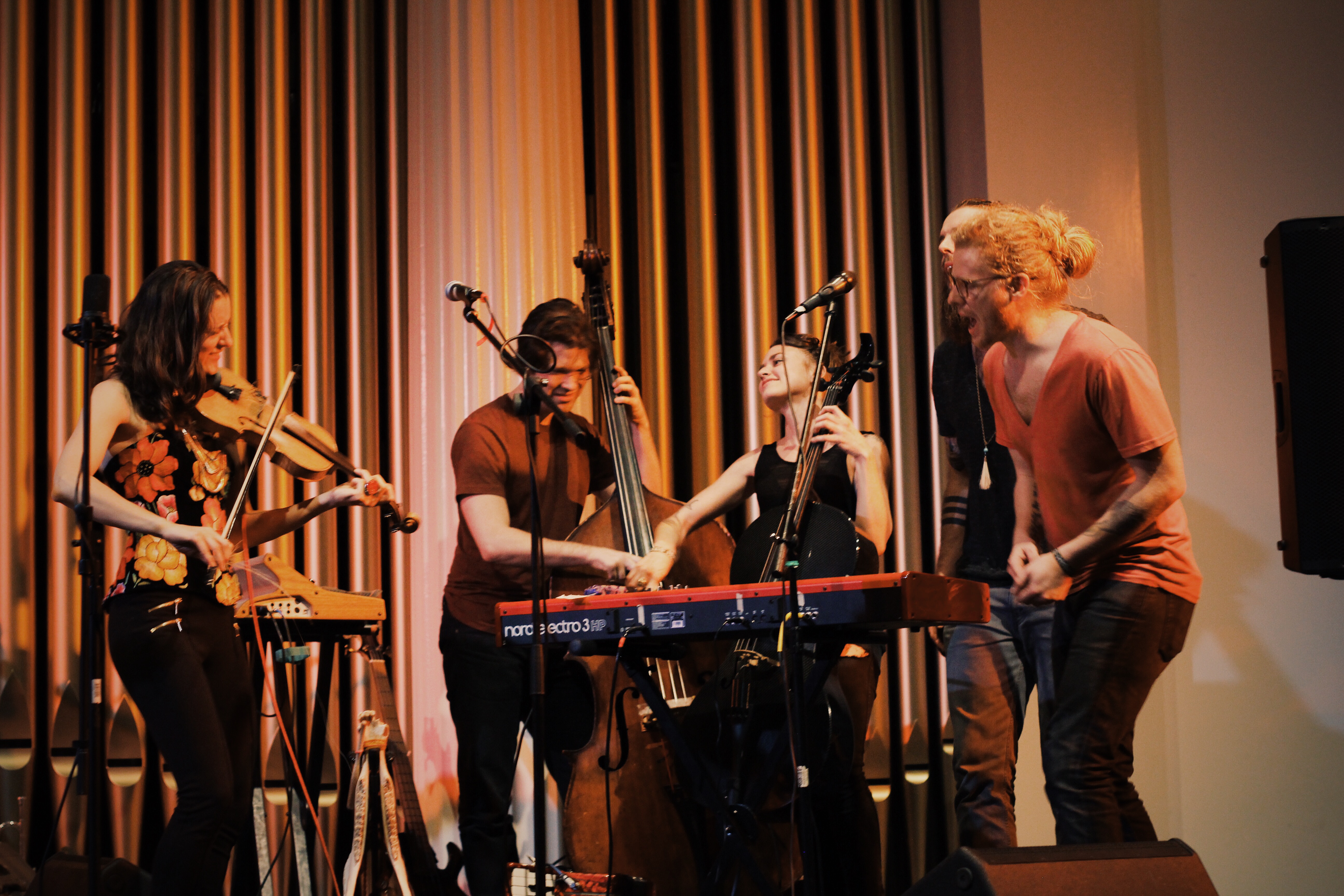 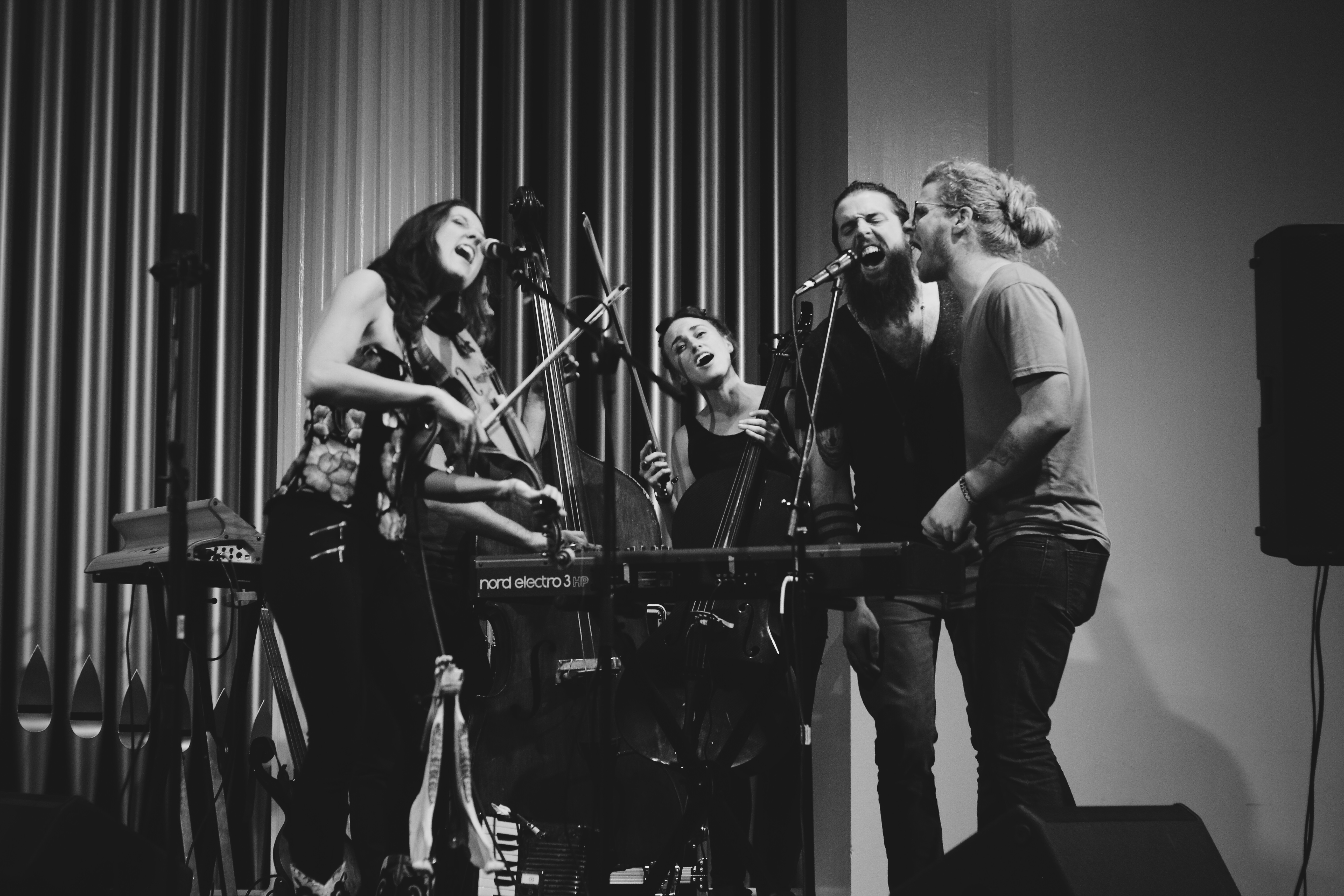 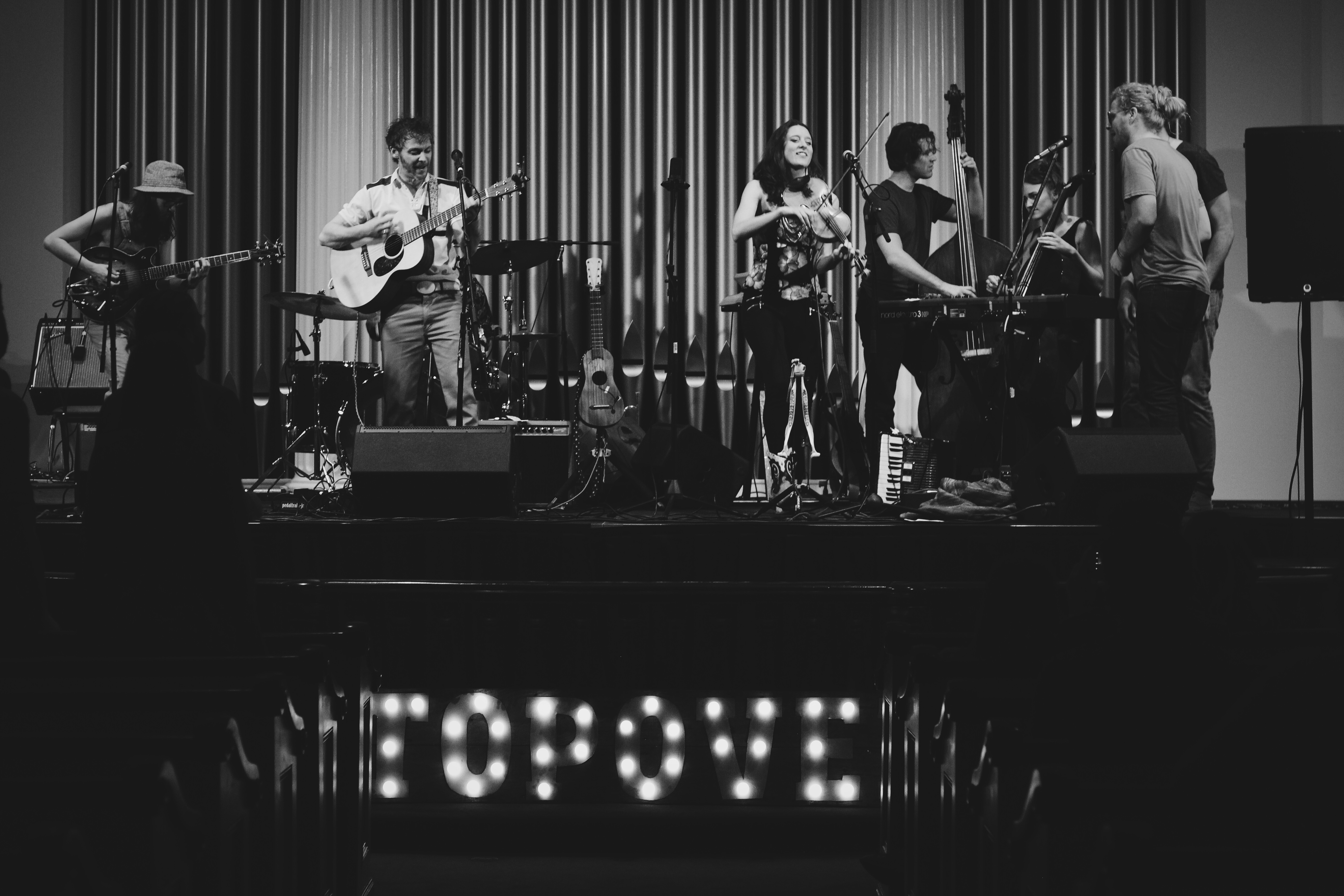 After another refreshing and much-appreciated night of sleep, we ventured to (wait for it…) the Spanish moss-laden and noteworthy Bonaventure (see what I did there) Cemetery, and visited the grave of the legendary Johnny Mercer.  Young’uns, go look him up.  We also indulged our need for sweet treats at Lulu’s Chocolate Bar, where the drinks are confections, and where there are copious amounts of indulgent desserts at the ready.  We made our way to festival venue Ampersand to interview and befriend Philadelphia-based psych-rockers, Weekender, before we caught their set.  I usually am ambivalent about music that begins with “psych”, but y’all, Weekender is a band to watch.  Playing selections from their record released in January, Floaty Feeling Blue, their crunchy guitars and grungy stylings made be reminisce about my Smashing Pumpkins fangirl days, and I was in alt-rock heaven. 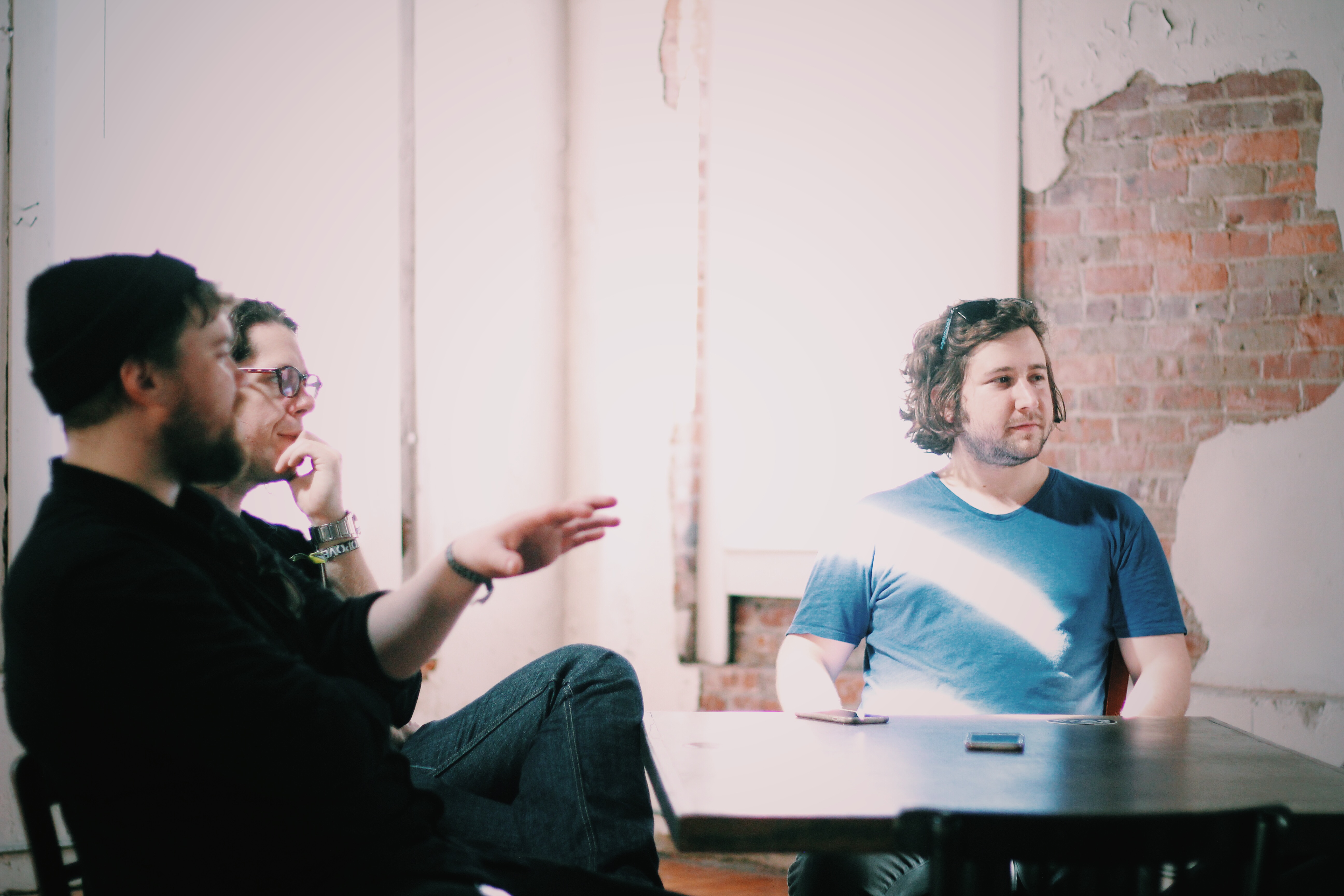 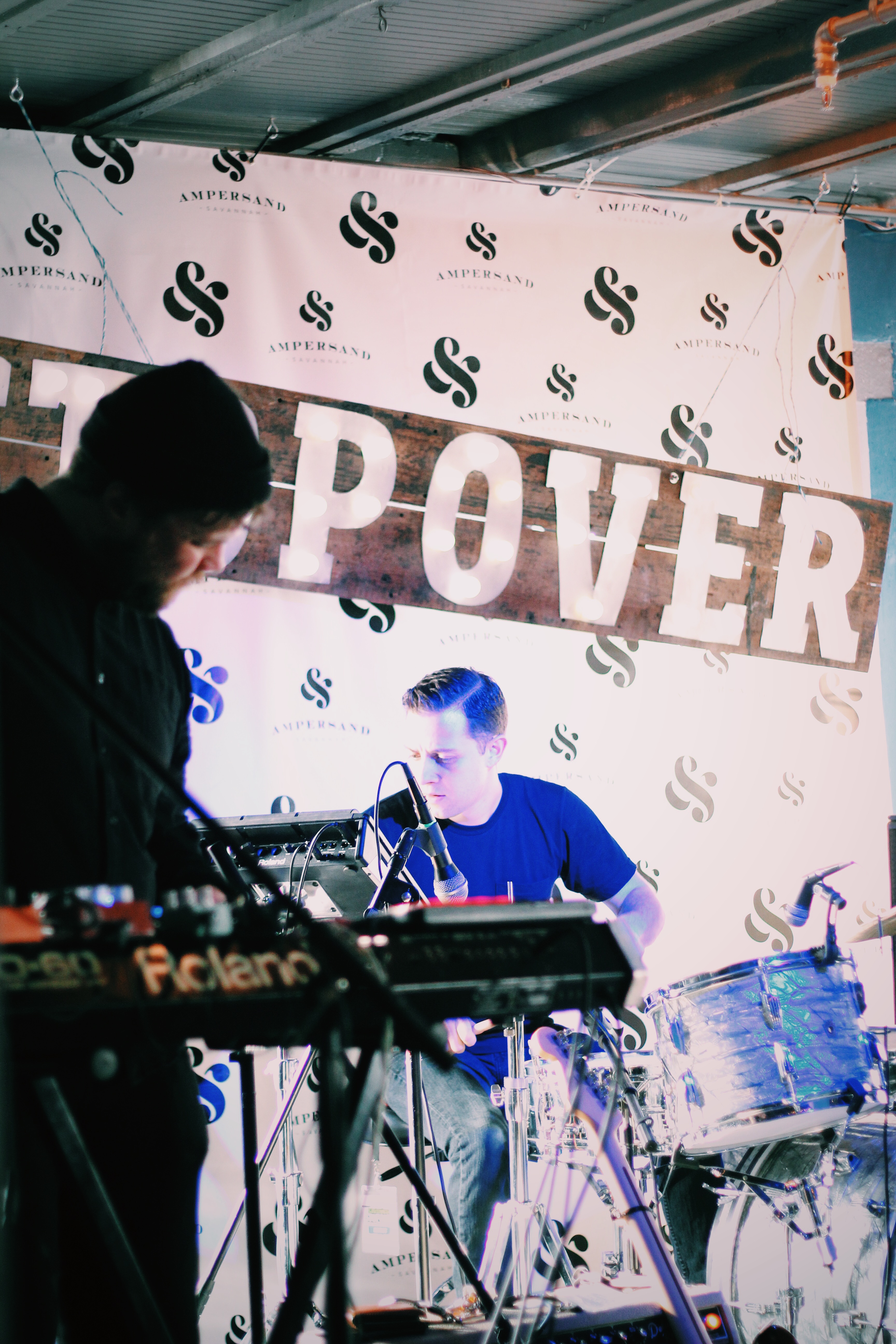 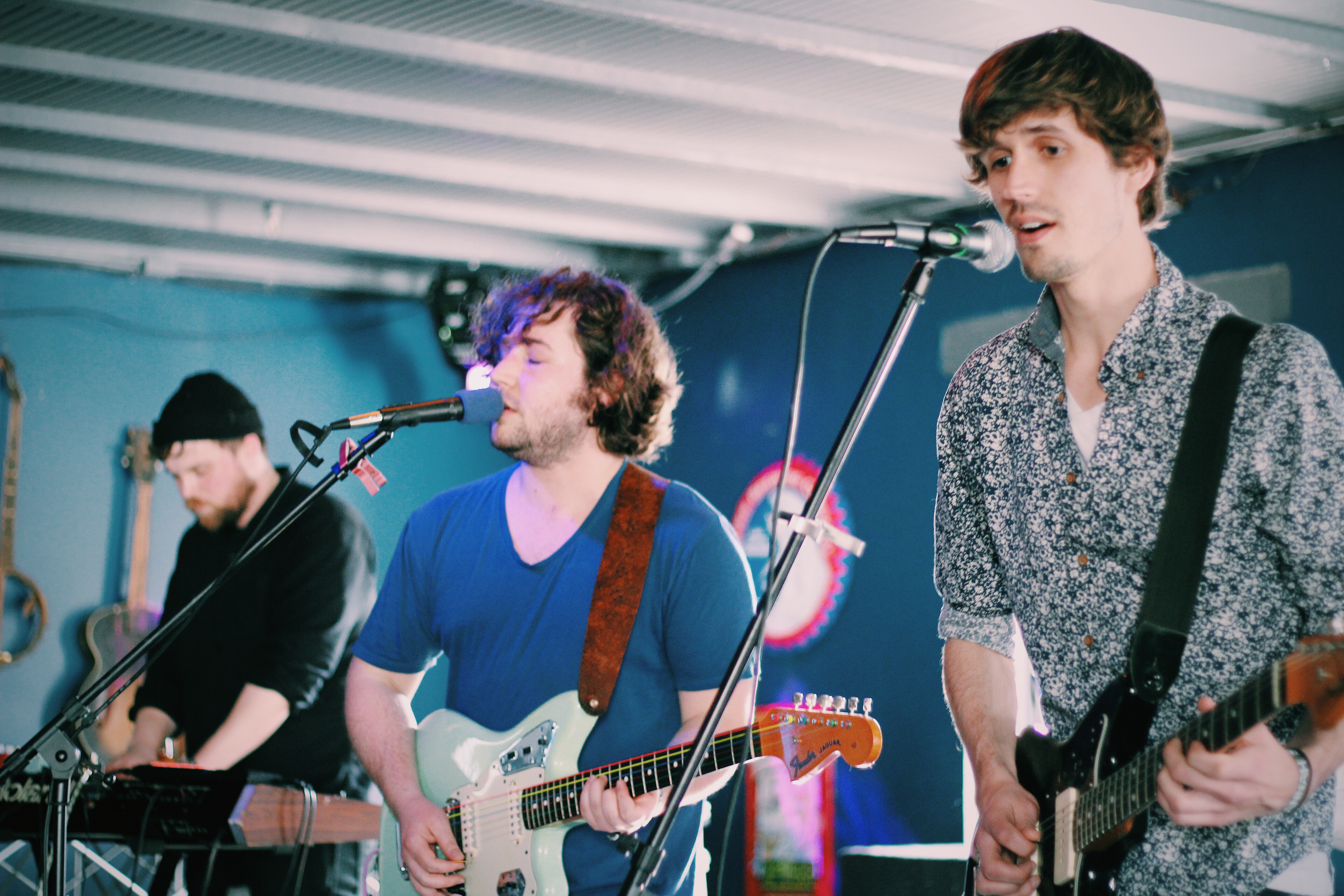 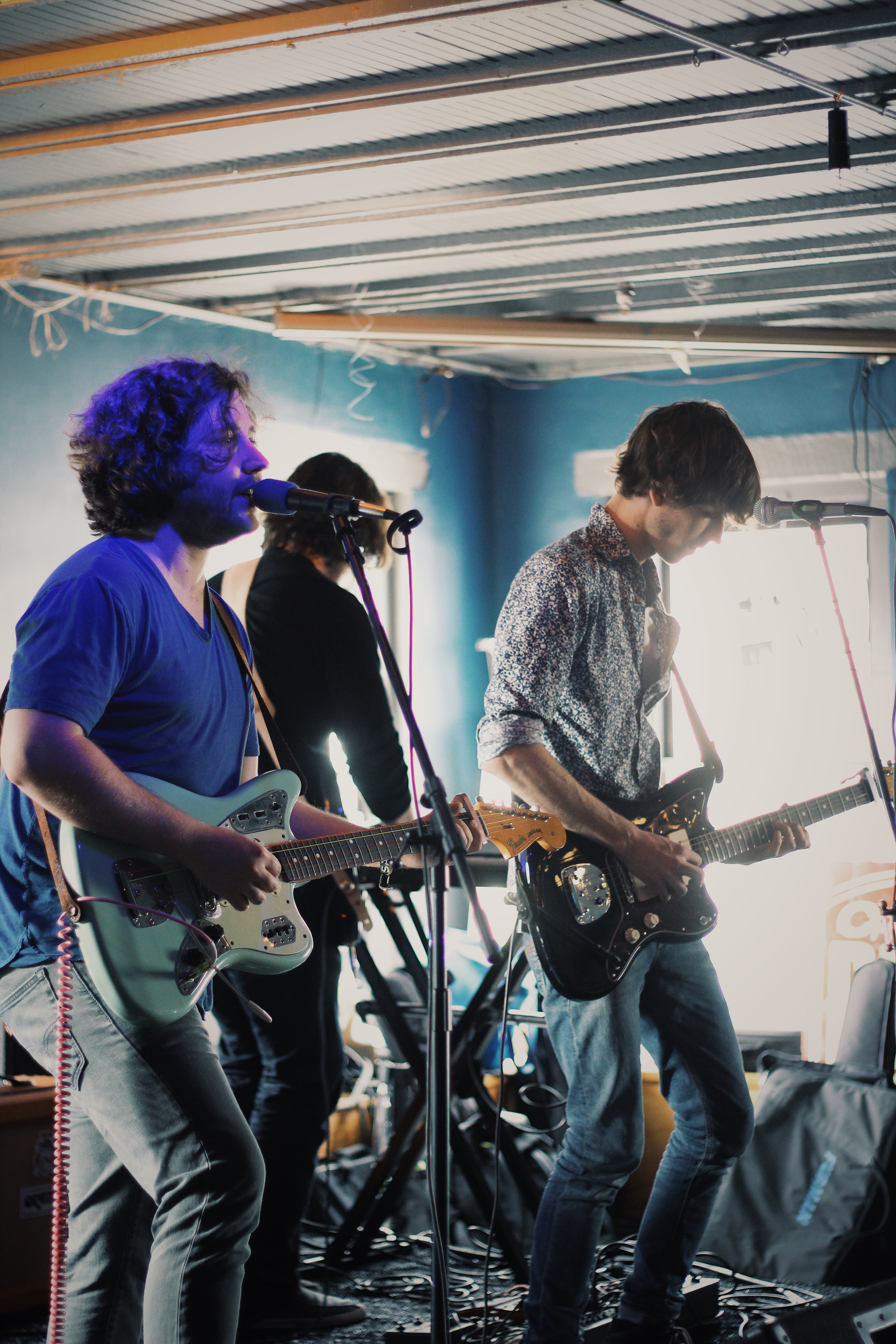 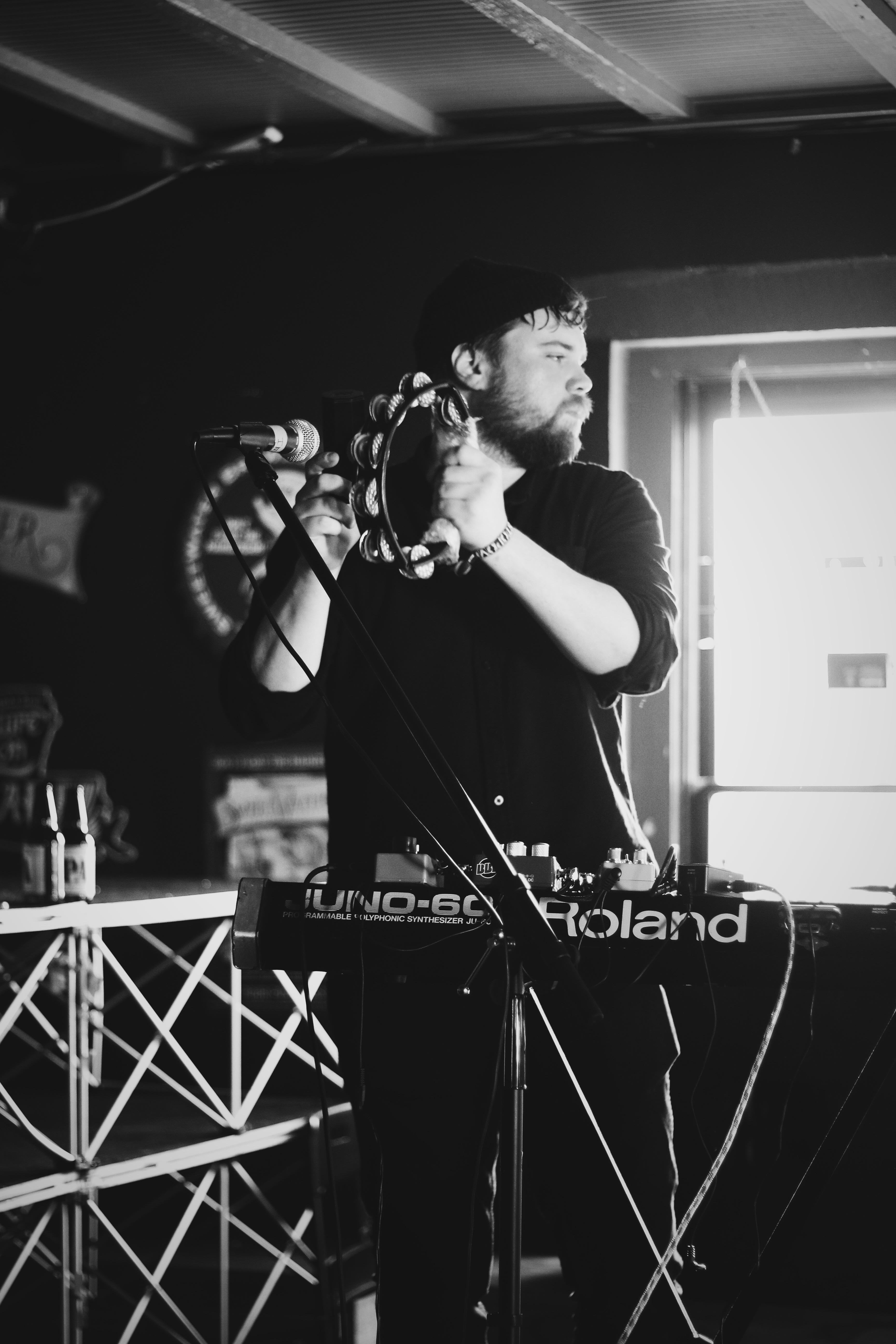 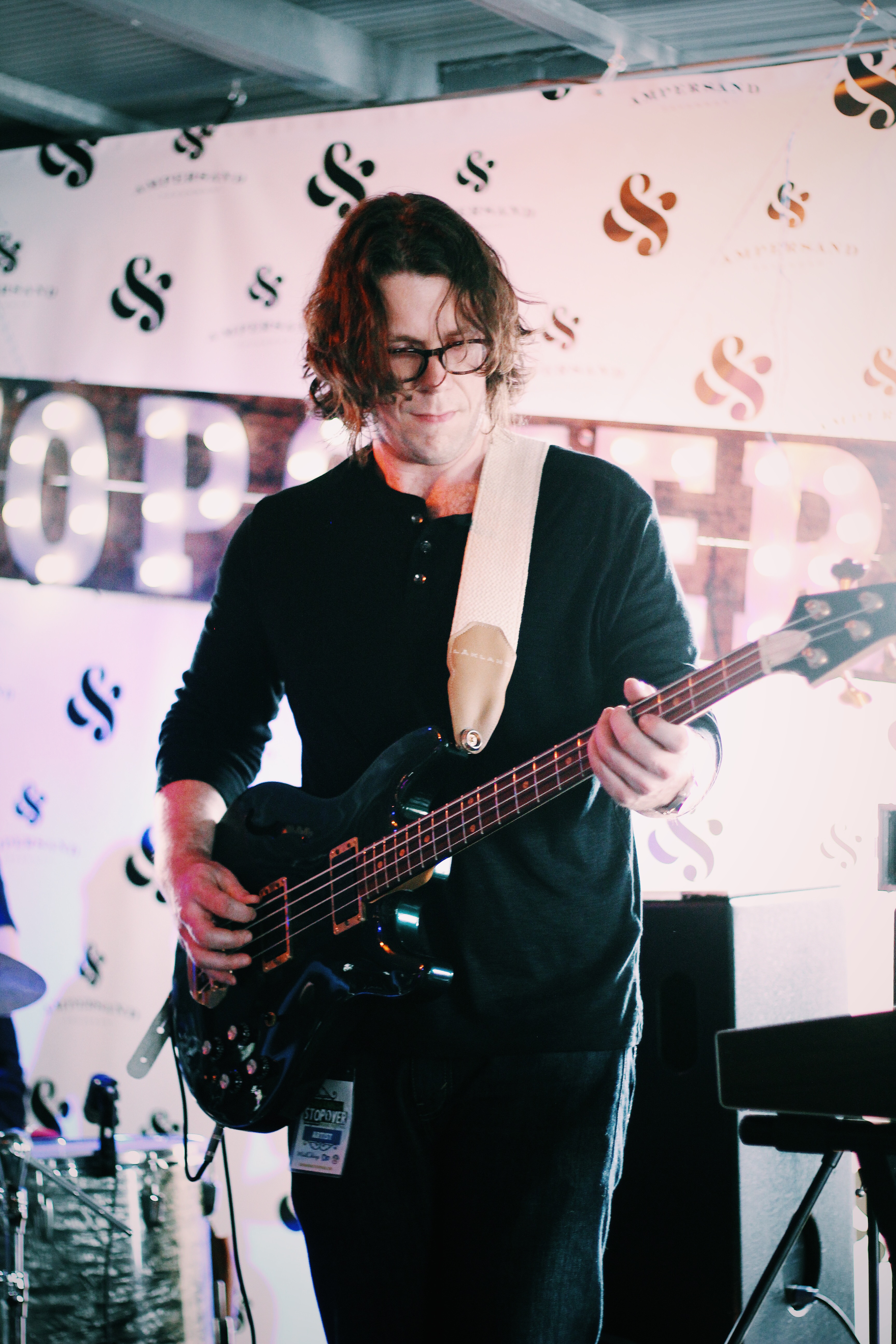 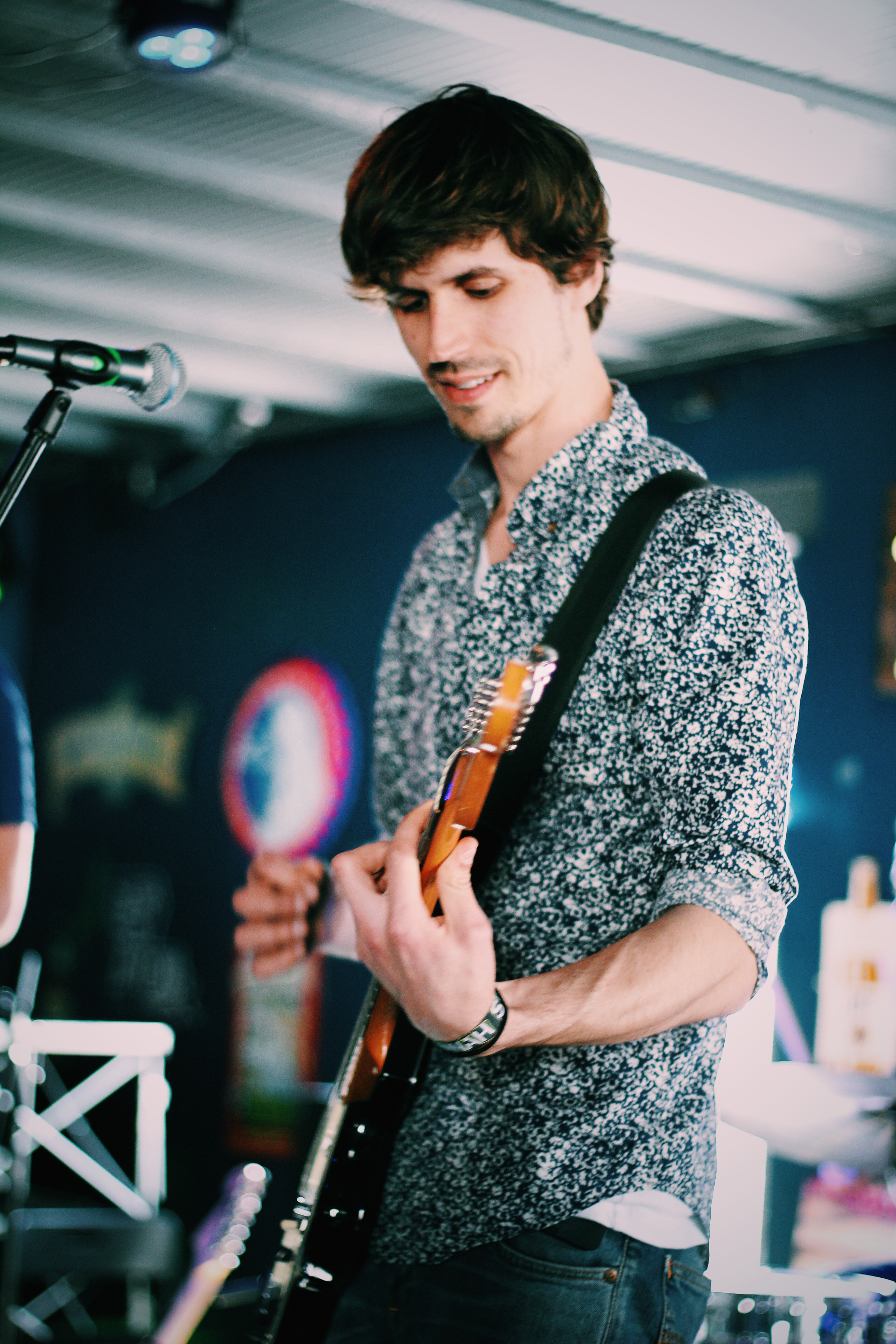 [These lovely photographs were taken by the illustrious Jenna Greenup.]