It was a beautiful afternoon when we pulled out of the Music City, hit the highway, and headed to Georgia to cover the Savannah Stopover Music Festival in, you guessed it, Savannah.  A fast food lunch, several bathroom stops, a speeding ticket, and a long 8 hours later, my trusty photog, Jenna, and I pulled into Savannah, and ate the most delicious curry dish at Flying Monk Noodle Bar on West Broughton Street, one of the main drags in the city.  If you haven’t eaten at Flying Monk and you’re in the area, get there as soon as possible.  You won’t regret it.

After a solid night’s sleep and a day spent exploring the city, we ventured to the über-vibey Artists’ Lounge where the festival talent goes to hobnob, for an interview with Boston-based alt-folk trio The Ballroom Thieves.  I had interviewed them a while back about their ground-breaking upcoming EP and tour with the Maine Youth Rock Orchestra, and was beyond excited to finally meet them.  The Thieves’ set was later that night, and I couldn’t wait to experience them live. 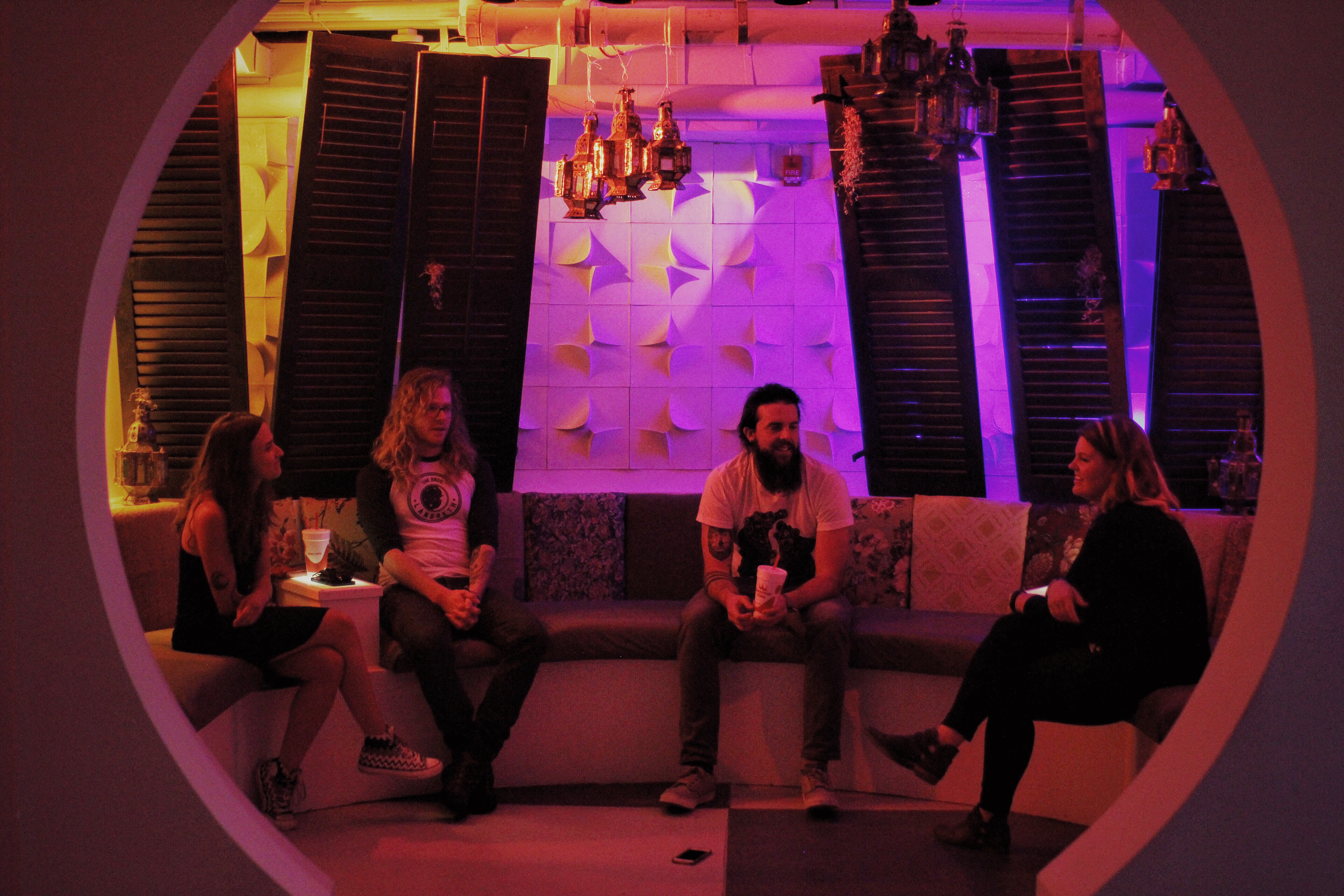 The festival featured 100 bands performing in 10 different venues, some conventional and some not so conventional, scattered within walking distance of each other in the downtown area.  Our first show of the evening was in the garden of the Ships of the Sea Maritime Museum (http://www.shipsofthesea.org), where we were to witness the greatness of six piece indie rock/chamber pop outfit Ra Ra Riot, one of the festival headliners; the band released their newest record, Need Your Light, on February 19th (which you can order here: http://smarturl.it/NYLiTunes)—the first single, “Water”, is the ear worm of the year.  The group took the stage without fanfare, and let the music do the talking.  Ra Ra Riot’s style  effortlessly combines indie rock sensibilities with the flourish of an energetic string section; the addition of violin and cello to their mix brings so much movement and brightness to their sound, there’s really nothing out there that compares. 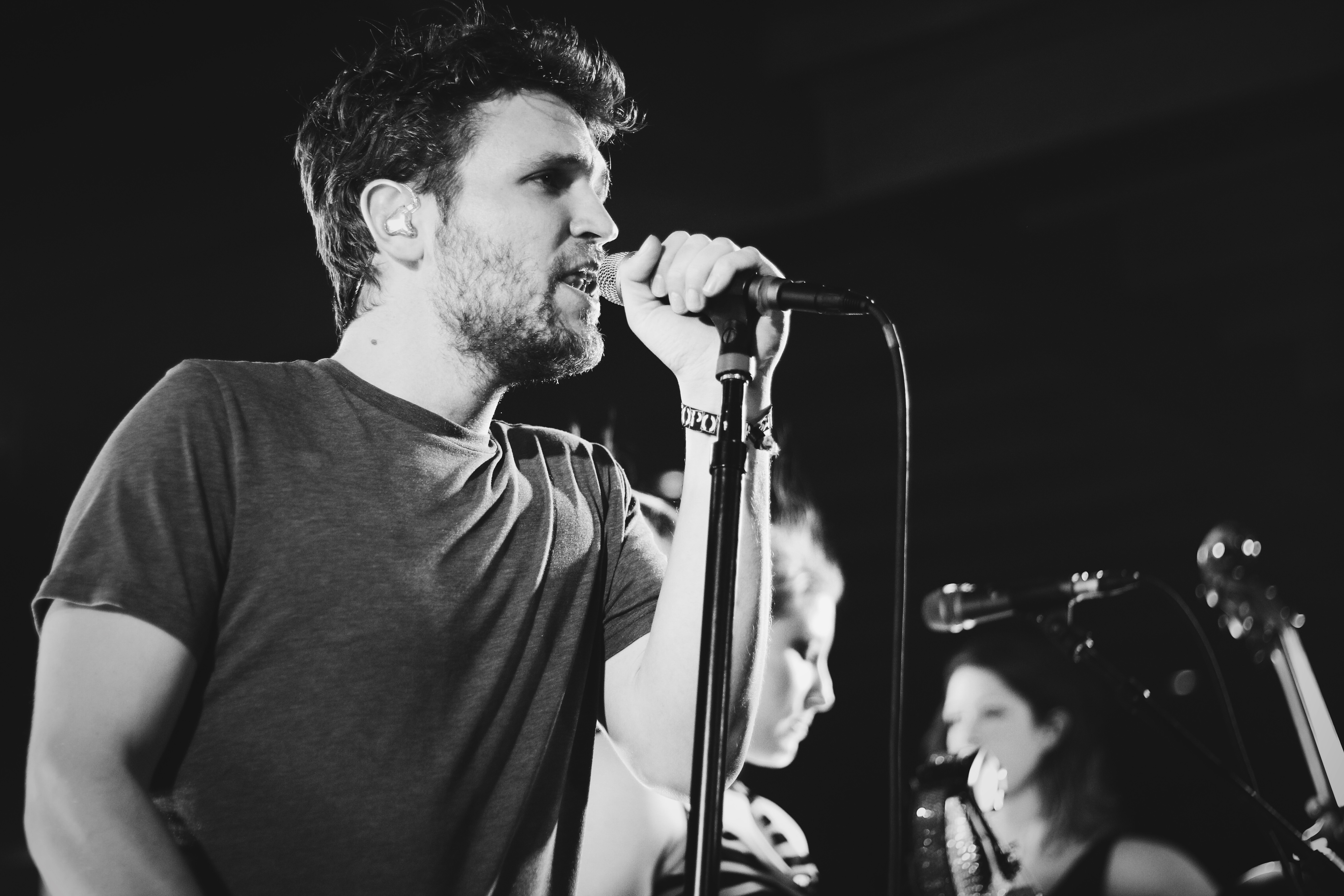 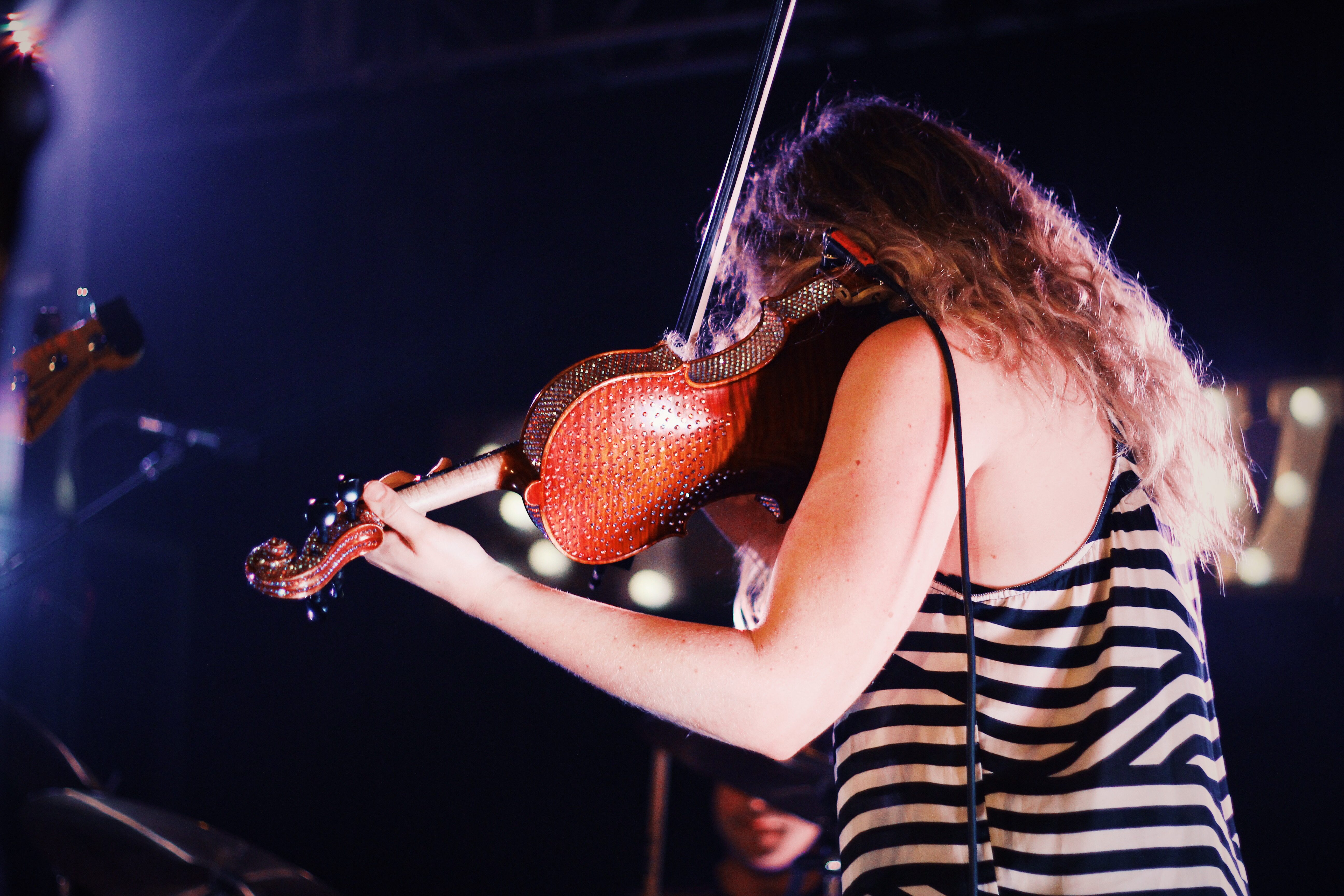 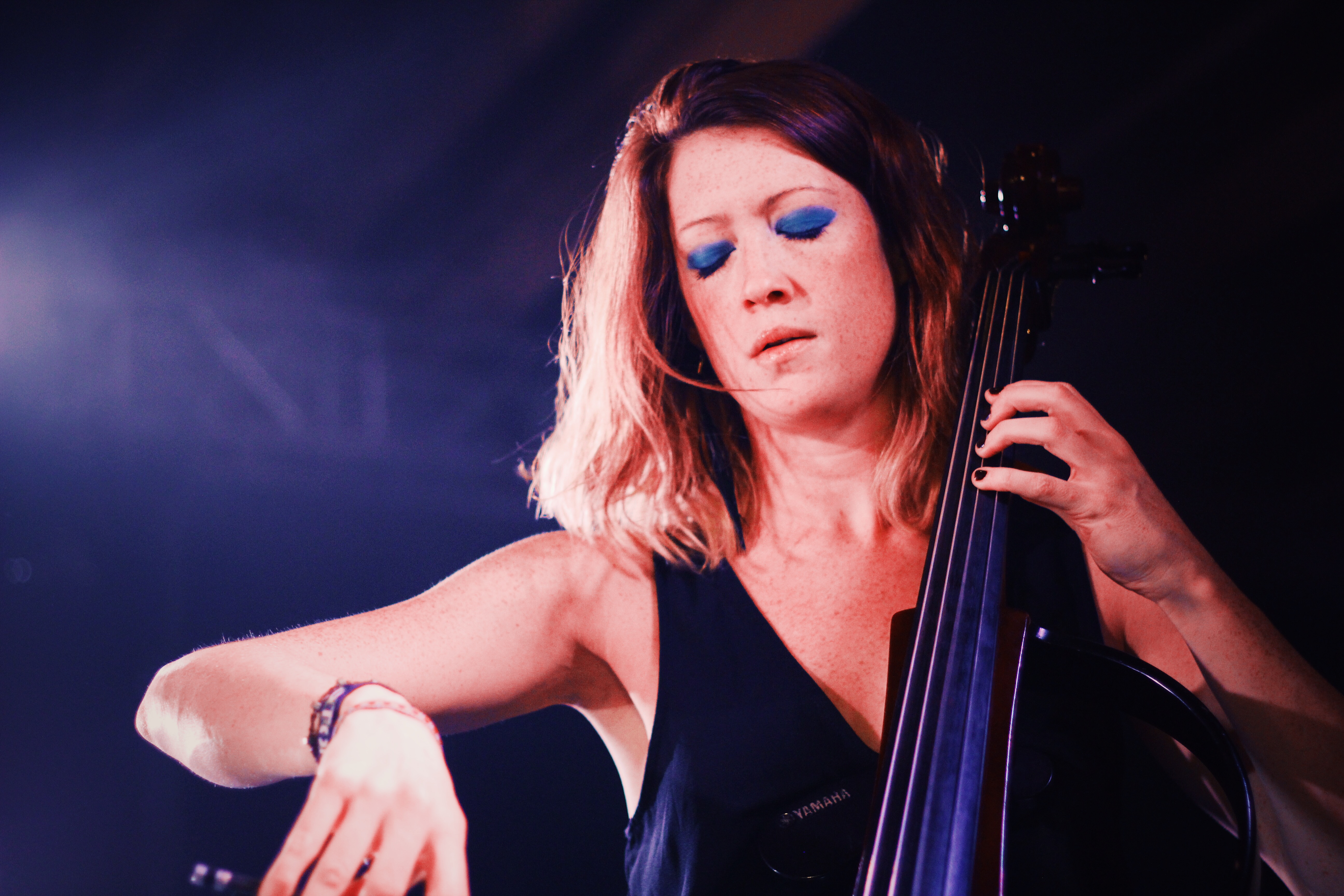 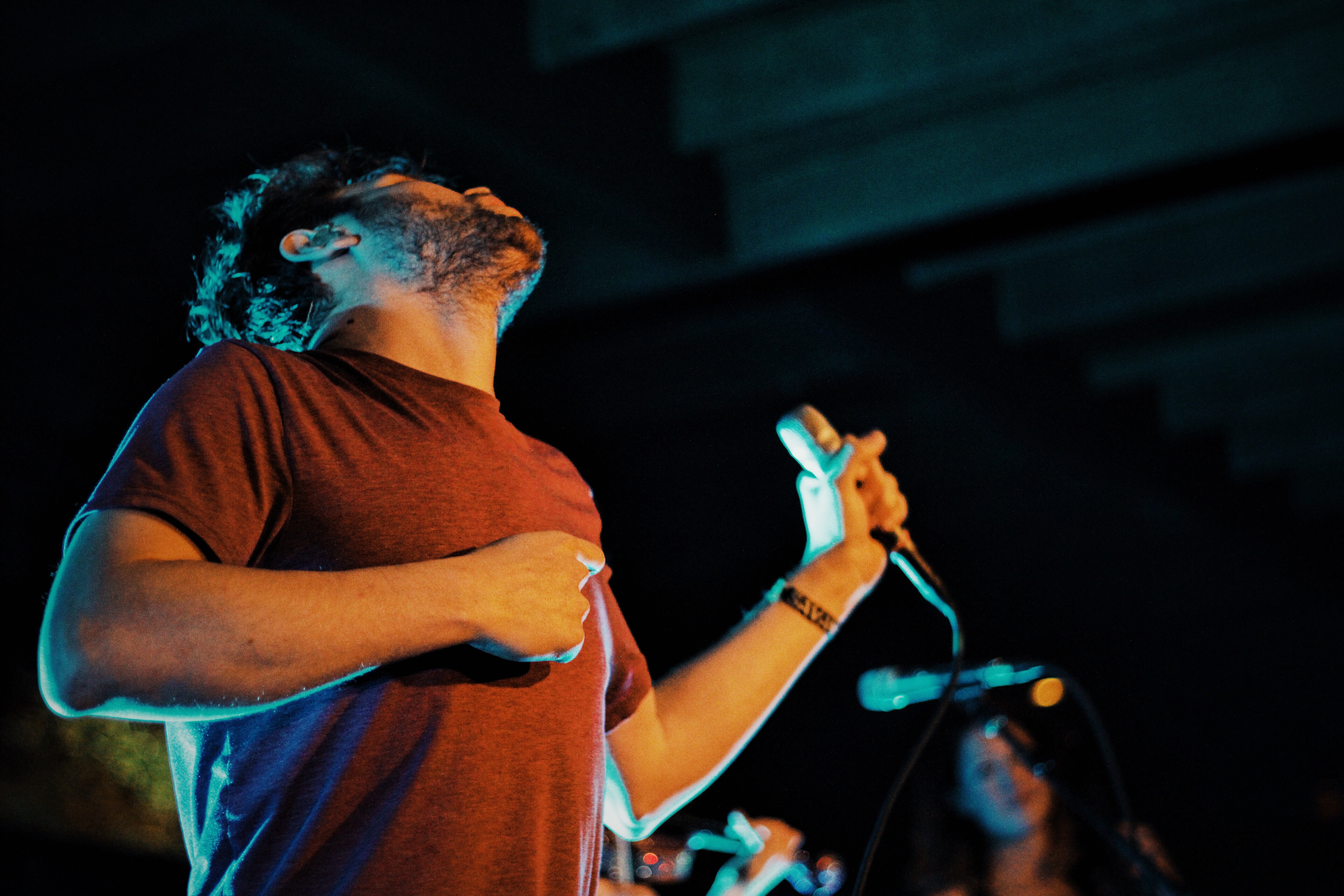 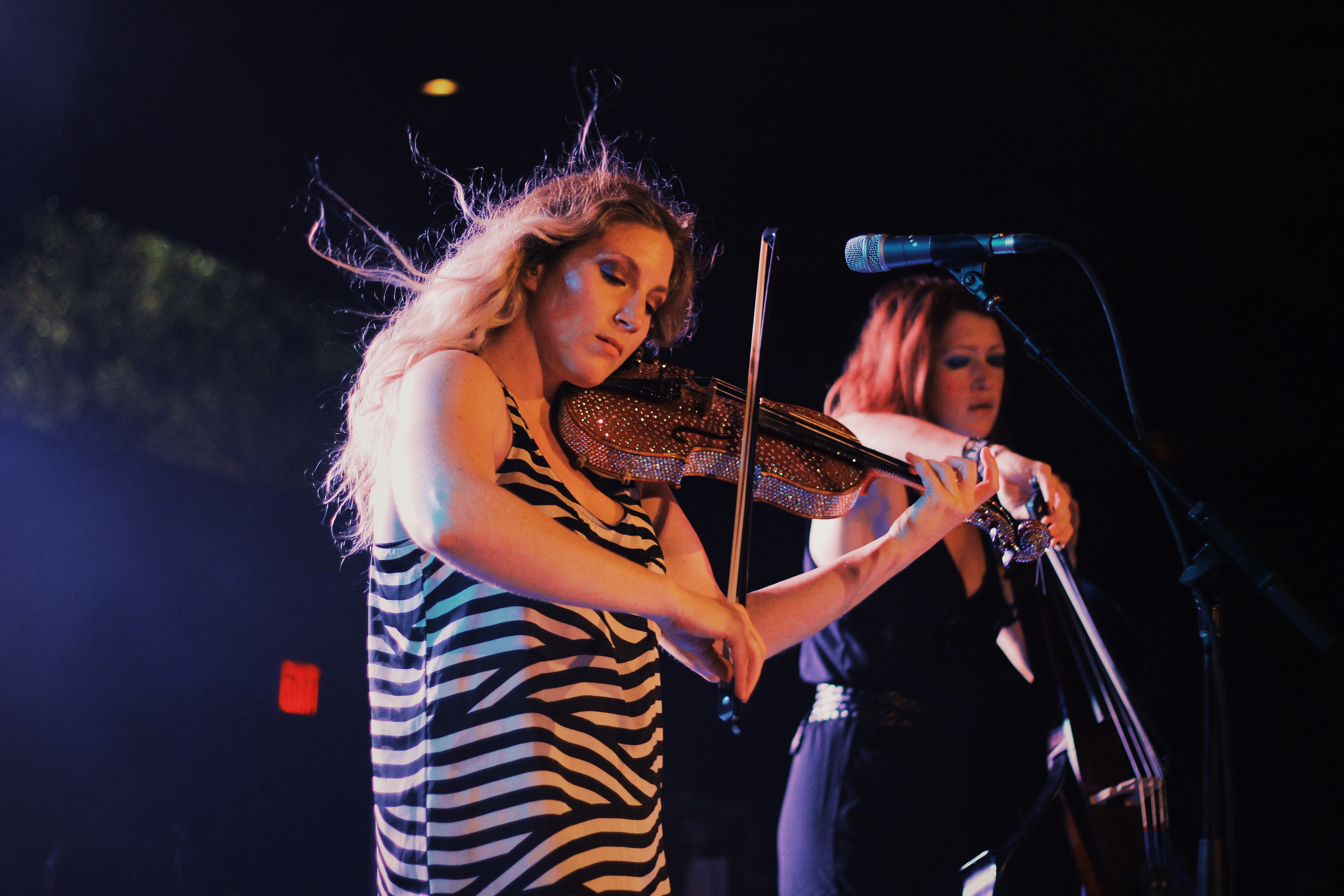 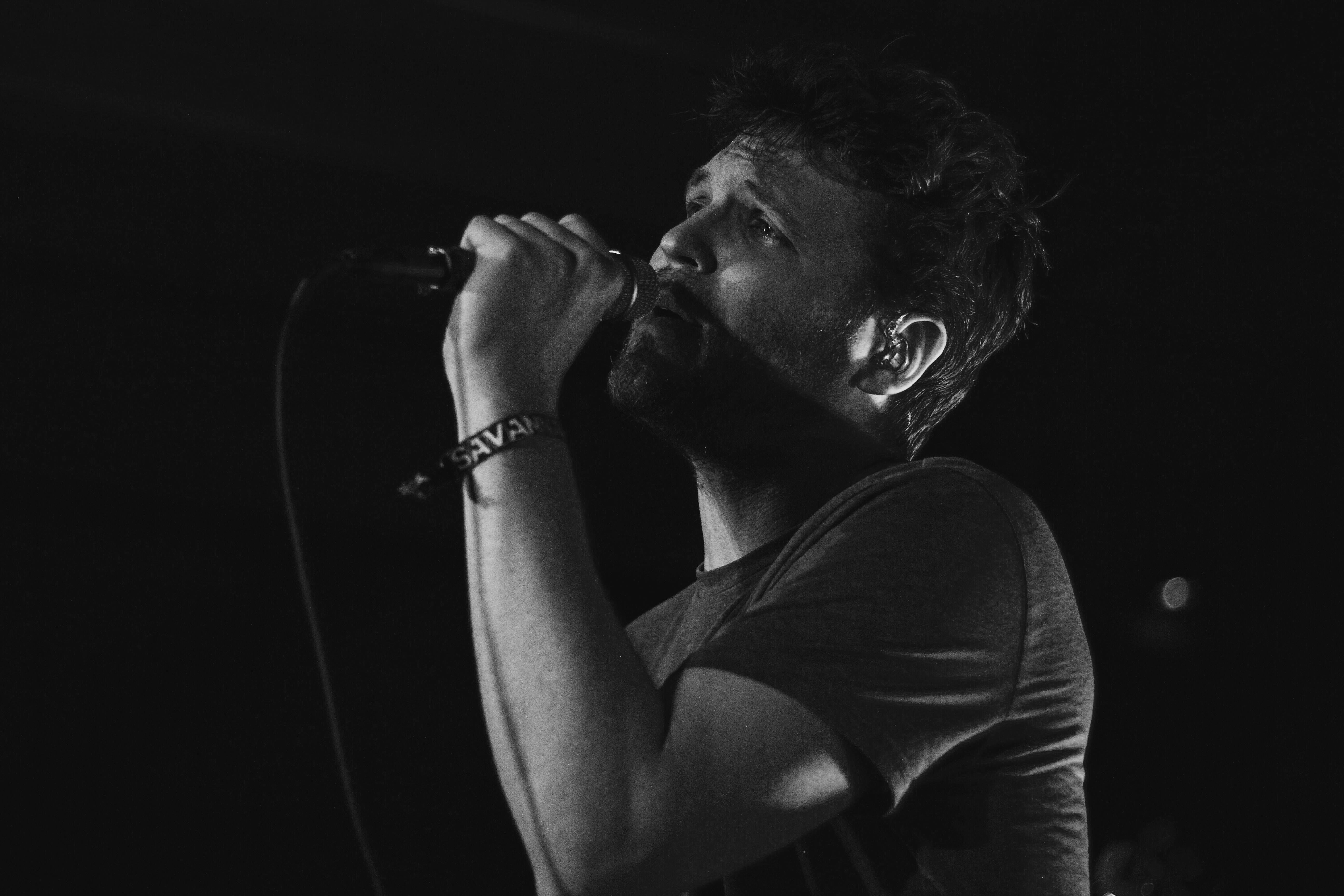 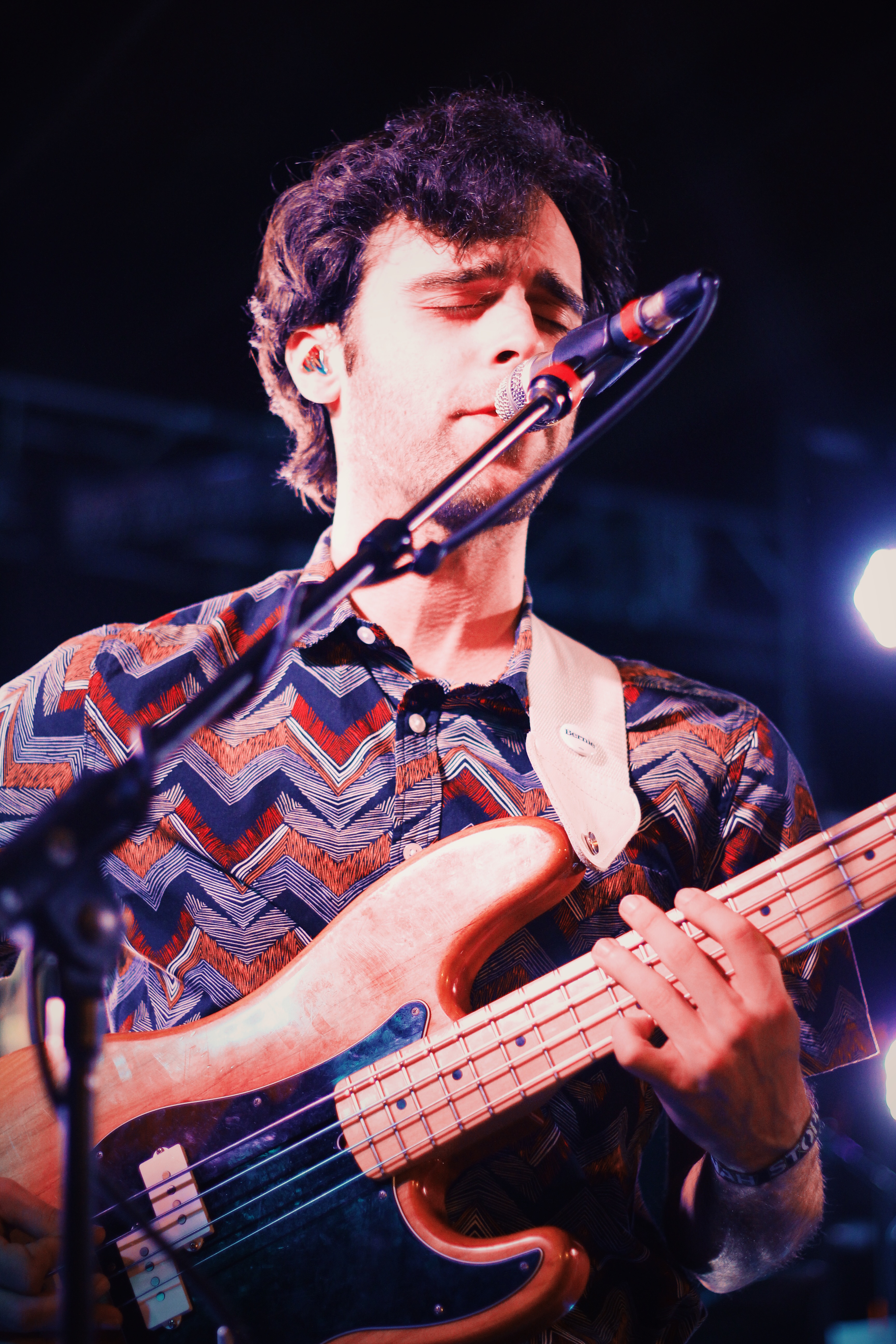 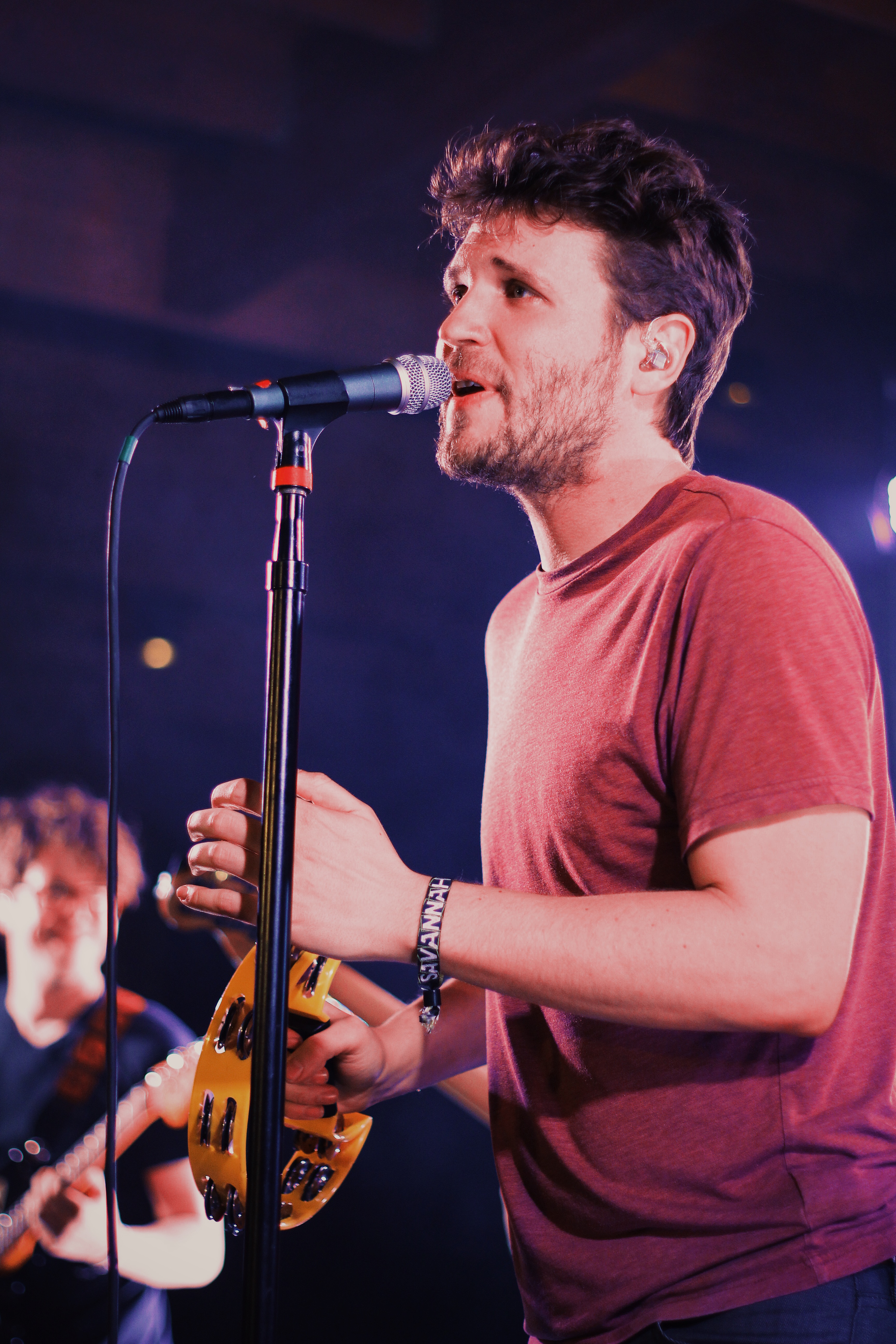 We made the hike to our second venue, the Trinity United Methodist Church, a 200 year old congregation housed in a 150 year old building.  The location was such a unique spot for a show, with spectators positioned in pews to relax and in the aisles to dance, if the spirit moved, figuratively speaking; the bands set up camp in the pulpit and performed right in front the massive floor-to-ceiling pipes from the church’s organ.

Performing first at Savannah’s mother church of Methodism that night were Louisville-based rockicana unit Quiet Hollers, led by colorful frontman Shadwick Wilde.  Some time ago, I’d had the pleasure of interviewing Wilde, the left-handed guitarist who plays his instrument upside-down and backwards, and whose wit is quick and drier than the Sahara.  Playing selections from their self-titled album released last fall, the Hollers took us to church (literally), with their earthy groove that made the pew upon which I was perched vibrate.   One of my favorites, “I’m So Abhorred”, which Wilde describes as “a song about when nobody likes you and you never get invited to parties”, prominently features a diabolical instance of the f-word, after which Wilde apologized for cursing in church.  The Quiet Hollers are thoroughly entertaining without making an unnecessary fuss; I know you’re curious, so go ahead and check out their music.  (You know you want to….https://soundcloud.com/quiethollers). 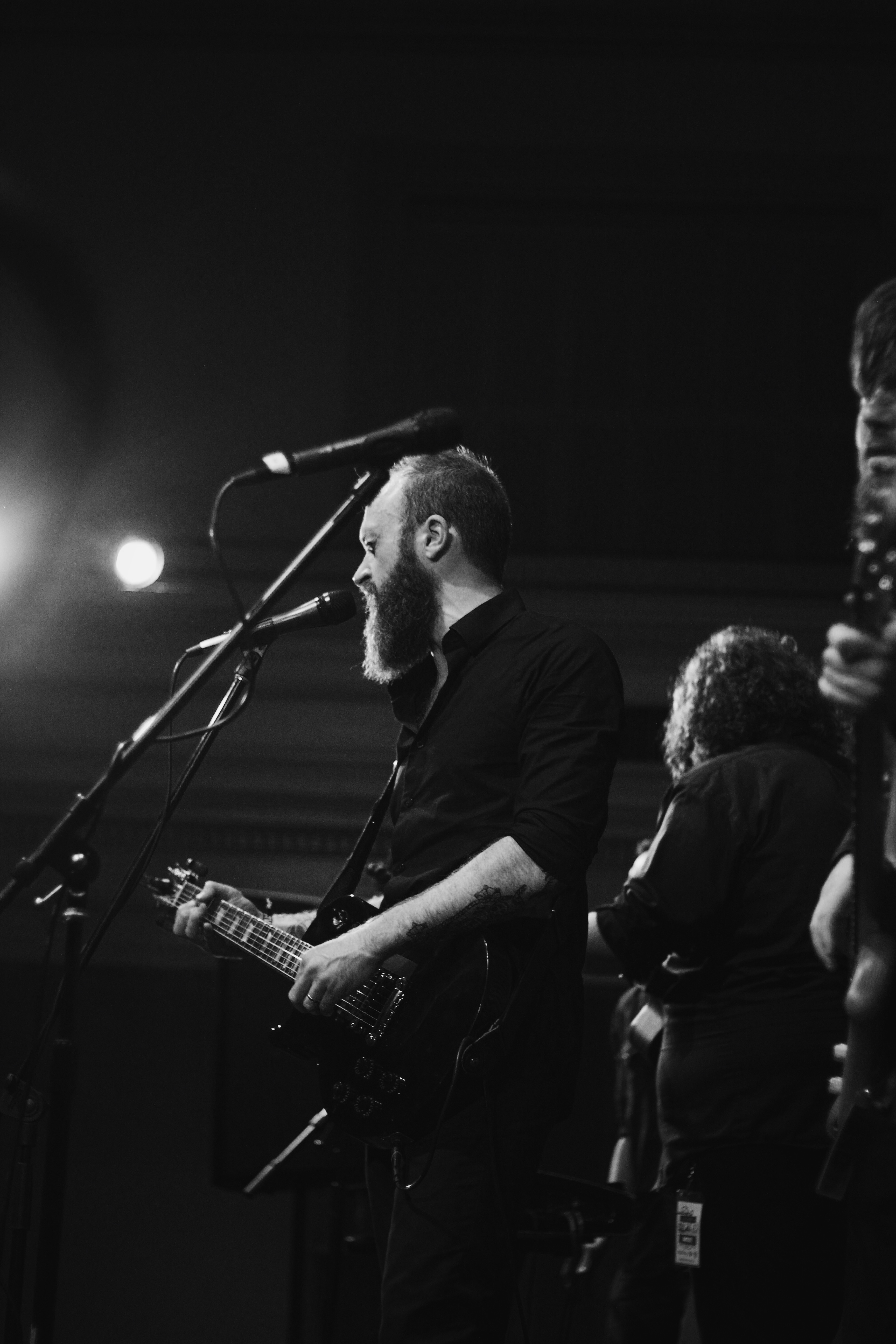 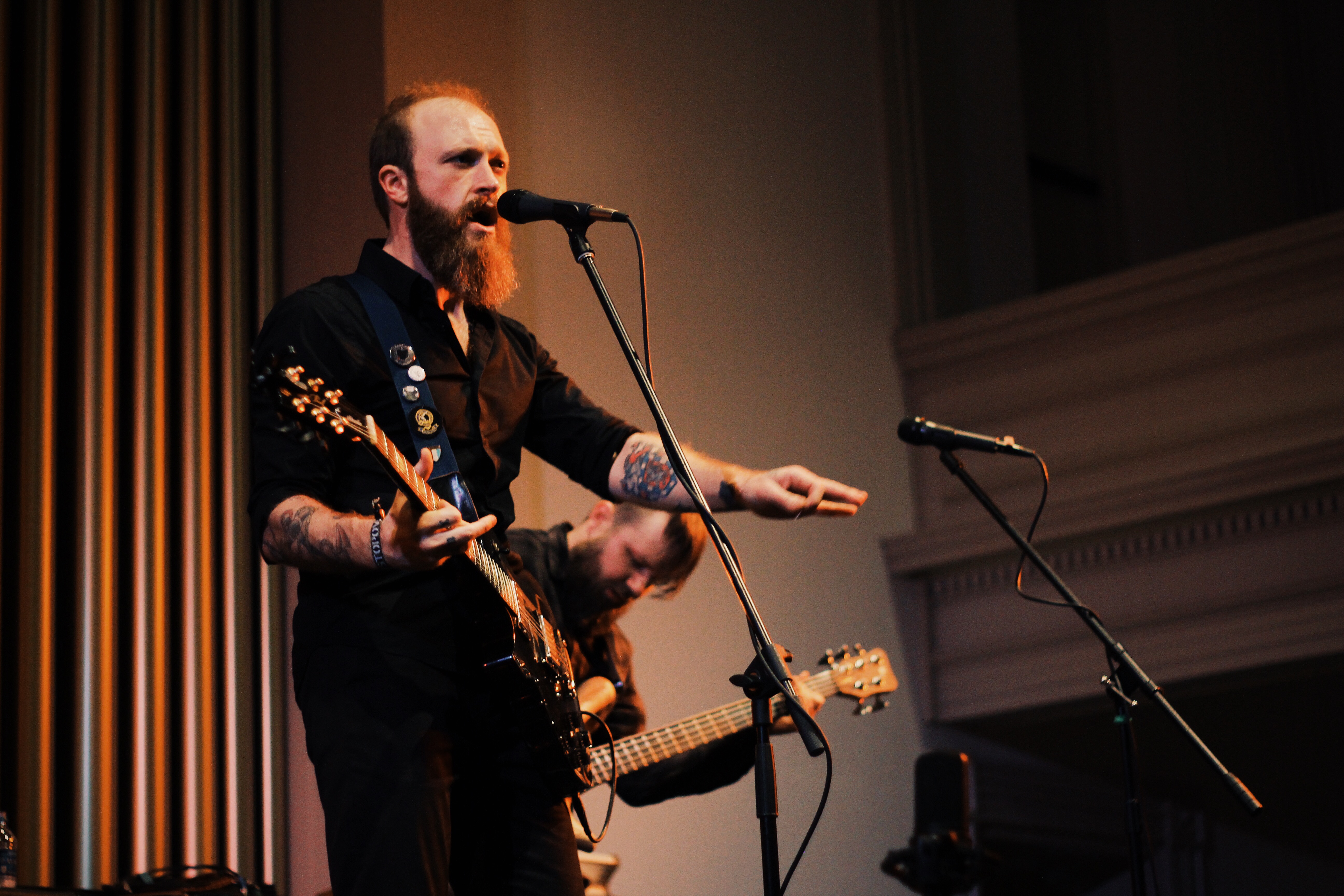 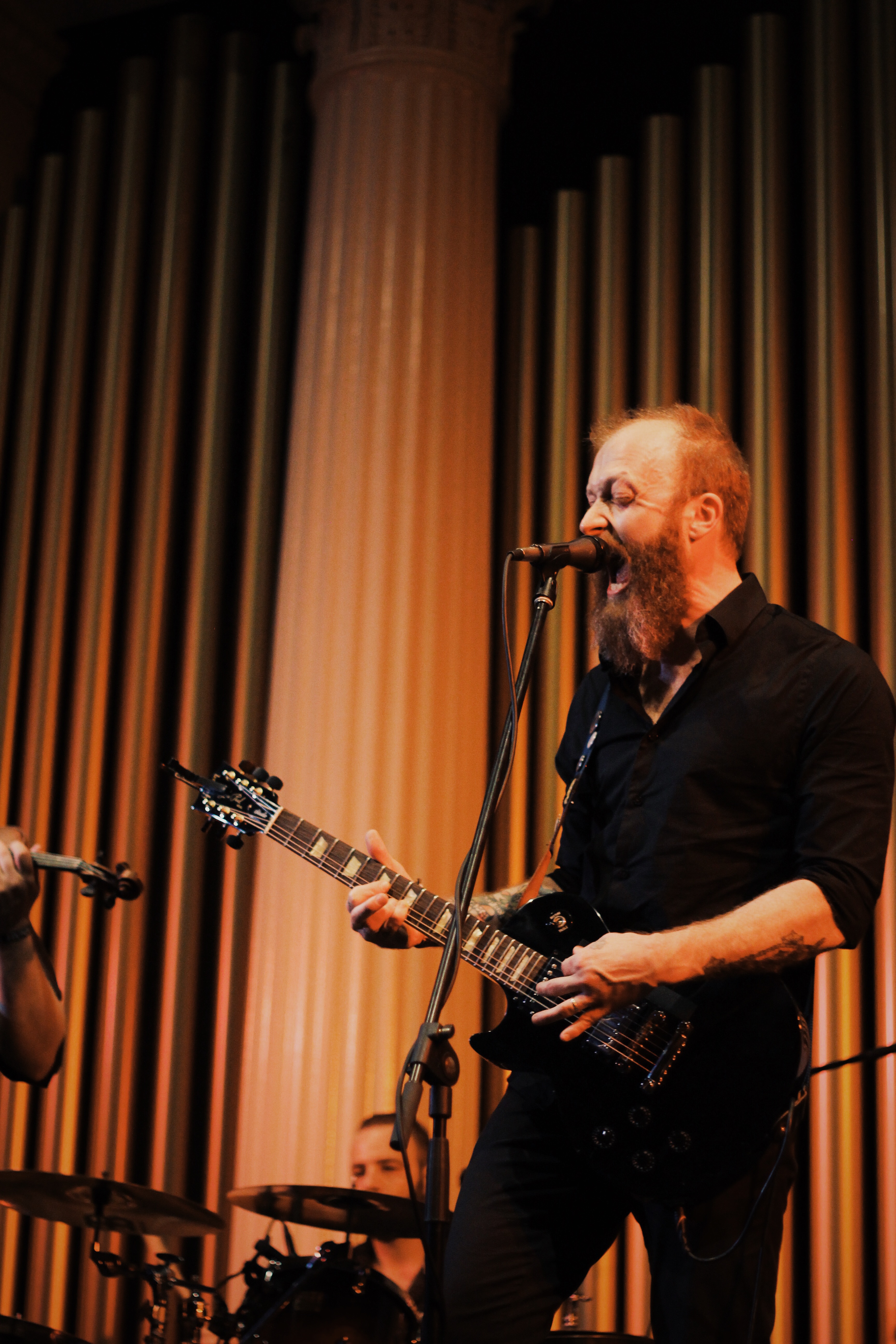 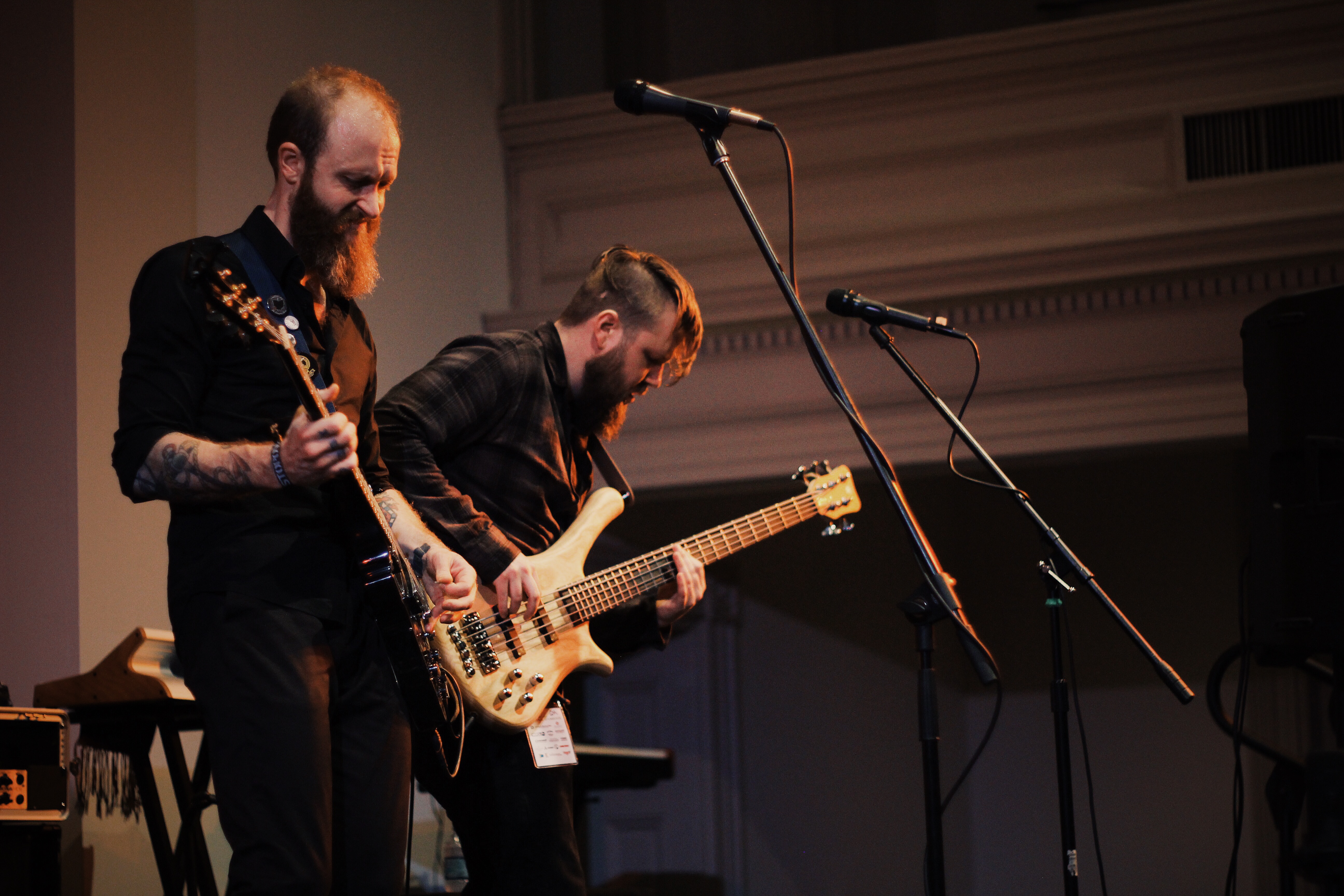 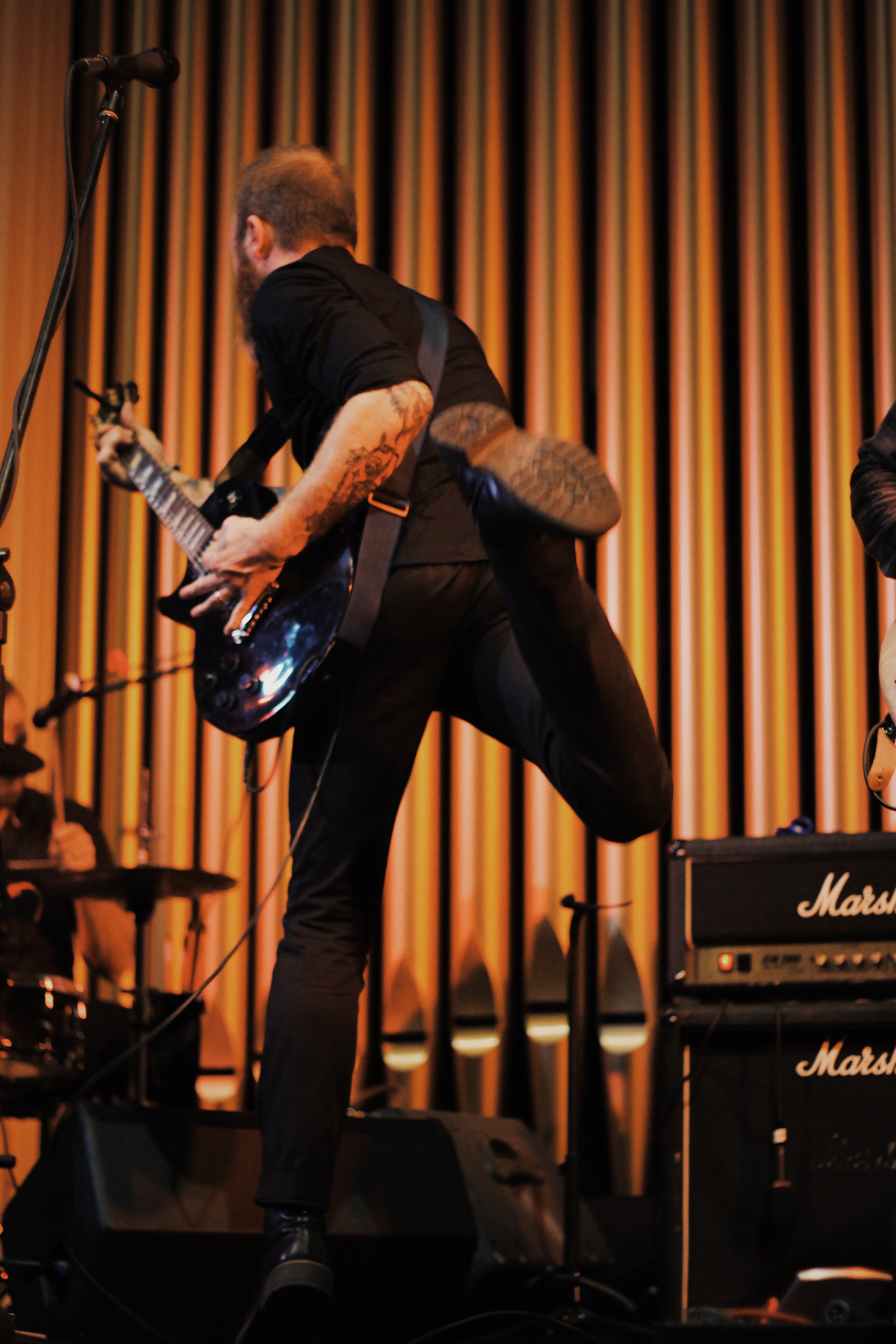 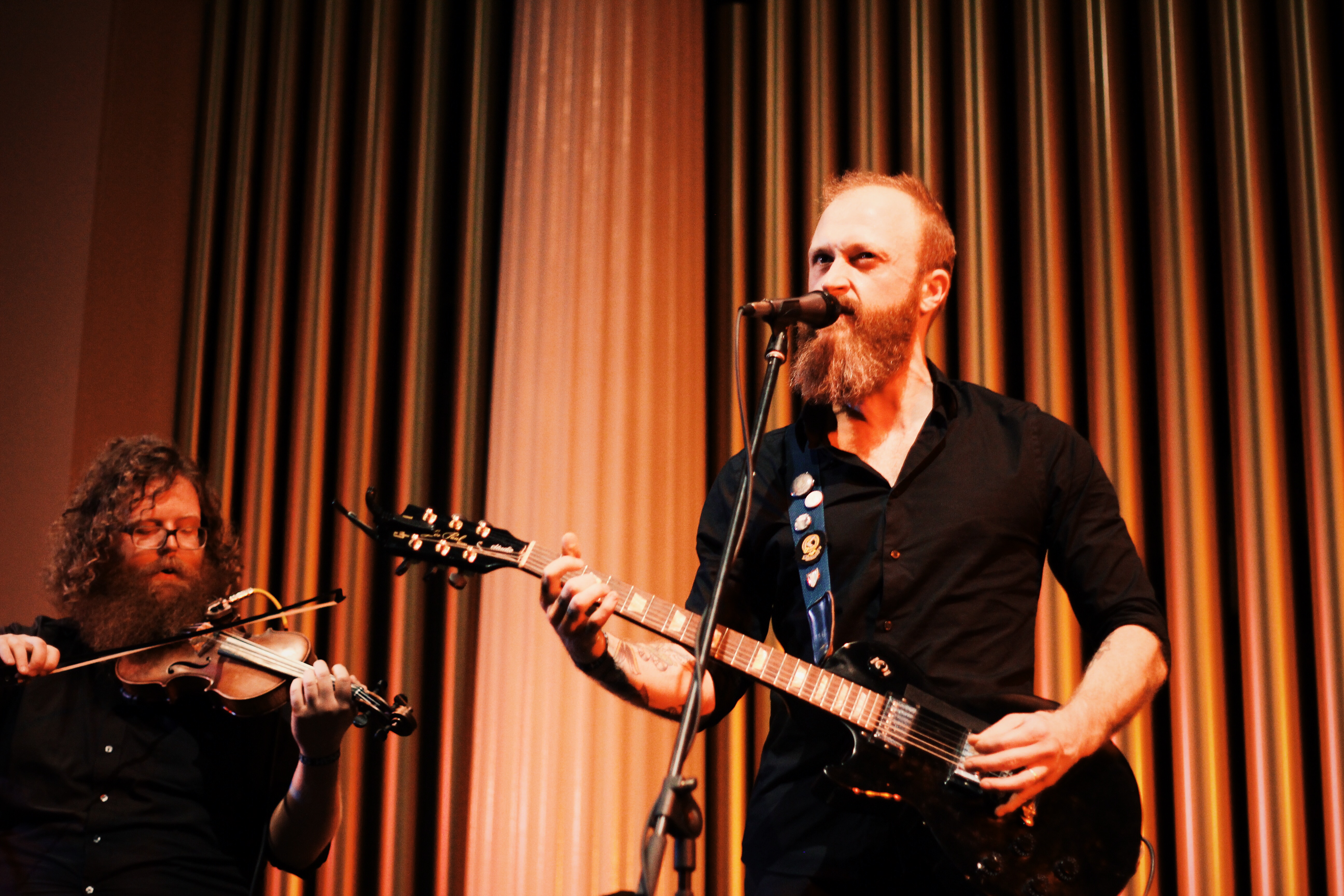 Stay tuned for the next installment of East of 8th’s #FlashbackFriday: Savannah Stopover!

[These lovely photographs were taken by the illustrious Jenna Grenup.]