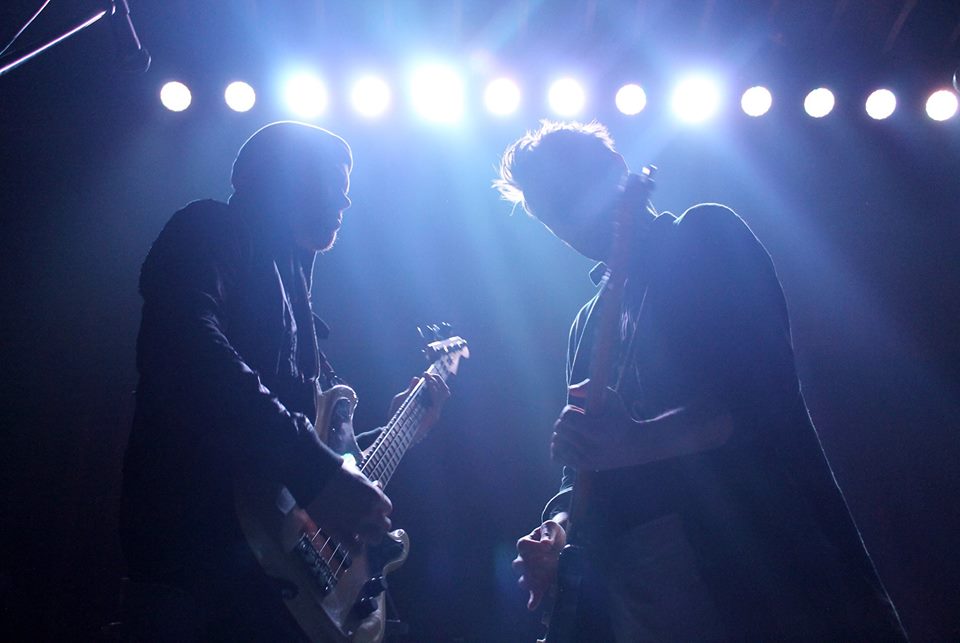 This year, Nashville-based alt-rock duo Bassh makes its first appearance at Austin mega-music festival SXSW; “I’m excited for the chaos,” says CJ Hardee.  “It’s high stress going from show to show, loading in and loading out, doing interviews in between, it’s nonstop. It’s fun to do once a year though!”

While it’s the band’s first year at the festival, it’s not the first time for its members; Hardee and bandmate Jimmy Brown have been to the festival as their other band identity (bandintity? I feel good about it), Matrimony, which is currently on an extended hiatus.  Hardee says it was a natural progression; “Jimmy and I were writing songs, and some of them sounded a little different than what we were writing for Matrimony,” he explains.  “Jimmy and I started Bassh as an outlet for those songs about a year ago.”

Hardee resides in Charlotte, North Carolina, and Brown in Nashville, but the pair make it 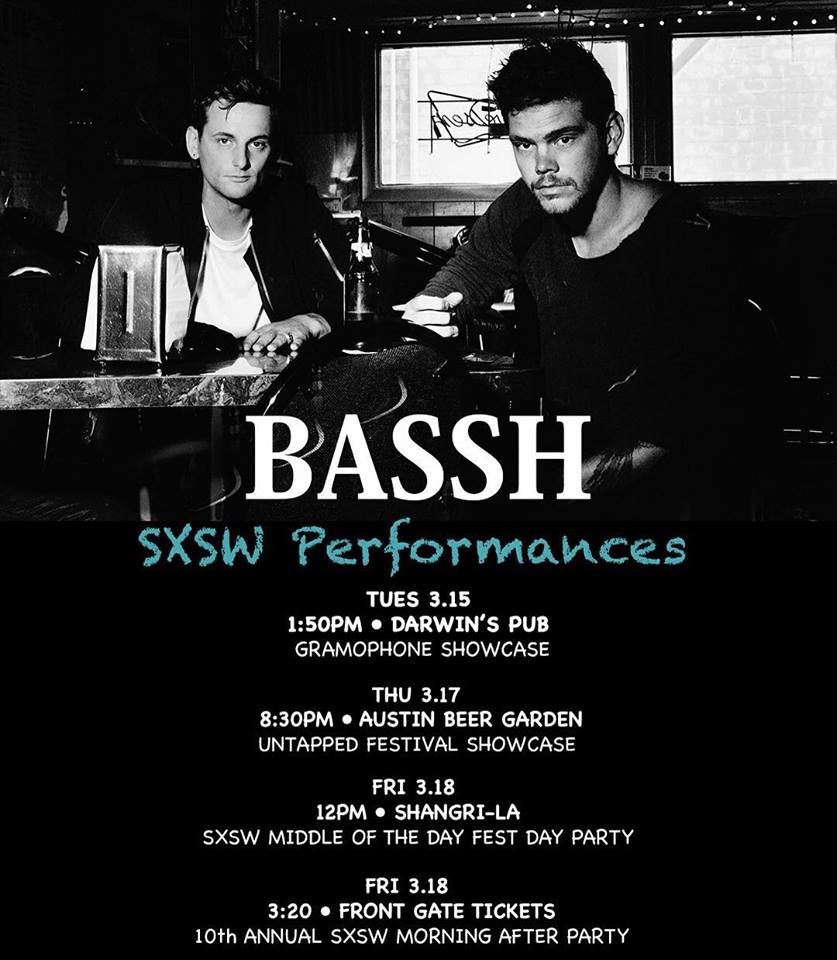 work. “We’ve been traveling back and forth, I’ve been to Nashville a bunch, he comes here.  It’s working so far!” says Hardee.

The band only has one song, “Body”, officially out and about; it’s groovy, moody, and possesses a totally different feel than the music they made with Matrimony.  Even though there’s only one song in the digishpere, the band has created quite a splash (the Bassh Splash? I’m on a roll today) around these parts, playing shows and getting love from local independent radio bastion Lightning 100.  “Jimmy and I just wanted to have fun, we didn’t set out to have a certain sound,” explains Hardee.  “We write songs that are fun to play live; there aren’t any specific influences for it, we just wanted to do something different.”  Mission accomplished, y’all.

Bassh, who recently partnered with Antler Records plans to re-release “Body” and follow it up with an album shortly.   “We’ve recorded an entire album and more already,” says Hardee.

After SXSW, the duo will perform shows in the Carolinas, and will head back to the Music City to playing the Main Stage at local festival Edgehill Rocks in April.  “Our goal is world domination!” says Hardee with a laugh. “We want as many people to hear us as possible and know what we’re up to.  It’s all I’ve ever wanted to do.  The connection between the artist and the crowd, I’ve never found an energy like it.  It’s like a spiritual experience.  It keeps me going.”