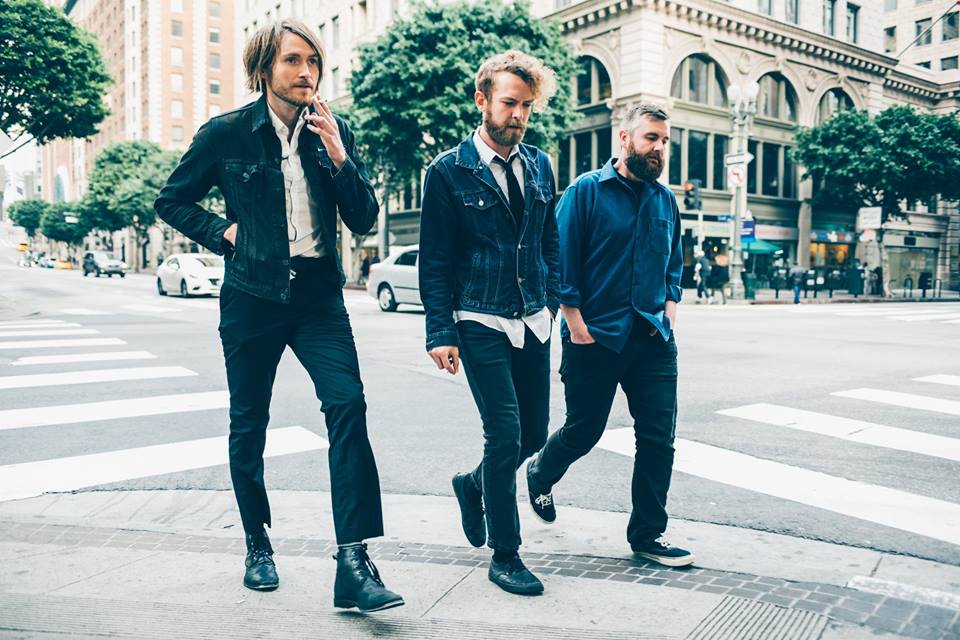 In Los Angeles, the land of a million genres, sub-genres, and sub-sub genres, there’s a band that plays straight up rock n’ roll. I mean really good, gritty, garage-tastic rock n’ roll. That band is called The Dead Ships.

These days, folks say that rock n’ roll is dead, but this band is proving those naysayers wrong; “People have probably been saying that rock is dead ever since 1959.  There have been so many different incarnations of it,” says frontman Devlin McCluskey. “For us, we started with our influences, you follow what sounds right to you.  We all come from different backgrounds and have a wide variety of different influences.  We’re just trying to be as truthful, honest…and hard as we can be.”

It’s been three years since The Dead Ships, comprised of McCluskey (guitar, vocals), Chris Spindelilus (drums), and Alex Moore (bass, vocals) traded punches at their first living room practice..wait what?  “We used to all be pretty big drinkers, we’ve had our fair share of fights in the past.  Now we’re all ‘peace, love, and understanding.’ We’ve even got plans to meditate every day on tour as a group,” says McCluskey with a laugh.  “We’re going full ‘kumbaya’ for this one.”

They’ve already gotten lots of chances to practice their mediation skills, playing about 16 shows in the last couple of weeks; they’ll make a stop in the Music City tomorrow night,  March 16th, appearing at The End with Le Butcherettes, before heading to Austin for SXSW to play multiple shows a day.  No big deal.  “We always look forward to SXSW; it’s definitely the kind of festival we’re into.  There’s music everywhere,” says McCluskey.  “We lost our sanity a long time ago, but we love playing shows.  We’re going to go full steam ahead.  The last big tour we went on was over a year ago, so we’re ready to get back on the road.”  The group was also asked to play the Coachella Music Festival for the first time this April; “We’ve only played a big outdoor stage a handful of times, this is by the far the biggest show.”

The Dead Ships released their six-song EP 1 in 2015 and are gearing up to release another album this year.  Their new single, “Company Line”, is a little taste of what’s to come.  “It’s got a different groove than our other songs; usually we’re racing so fast and going loud and hard, and this one has more swing to it,” he explains. “A lot of the songs on EP 1 were written about my best friend who had committed suicide a couple of years ago.  Most of the songs were directly dealing with the process of going through the worst tragedy I’ve experienced; I had gotten angry about the world and the circumstances that allowed for such a horrible thing to happen, and that was the jumping off point for that “Company Line.”

McCluskey’s vocal middle finger comes through loud and clear from the very first verse: “When we were kids dreaming big on the corner/One day you’ll grow to walk a company line/You’ve got to pay for the room they let you die in/You’re riding high with a watch you get compliments on.”  He does have a good sense of humor about it all, however.  “I get to say ‘fascism’s in fashion,’ a bunch of times, so that’s really fun.  You get these three angry guys with beards yelling ‘fascism’s in fashion’ at you, it’s a good time,” he laughs.  “Bring the kids.”