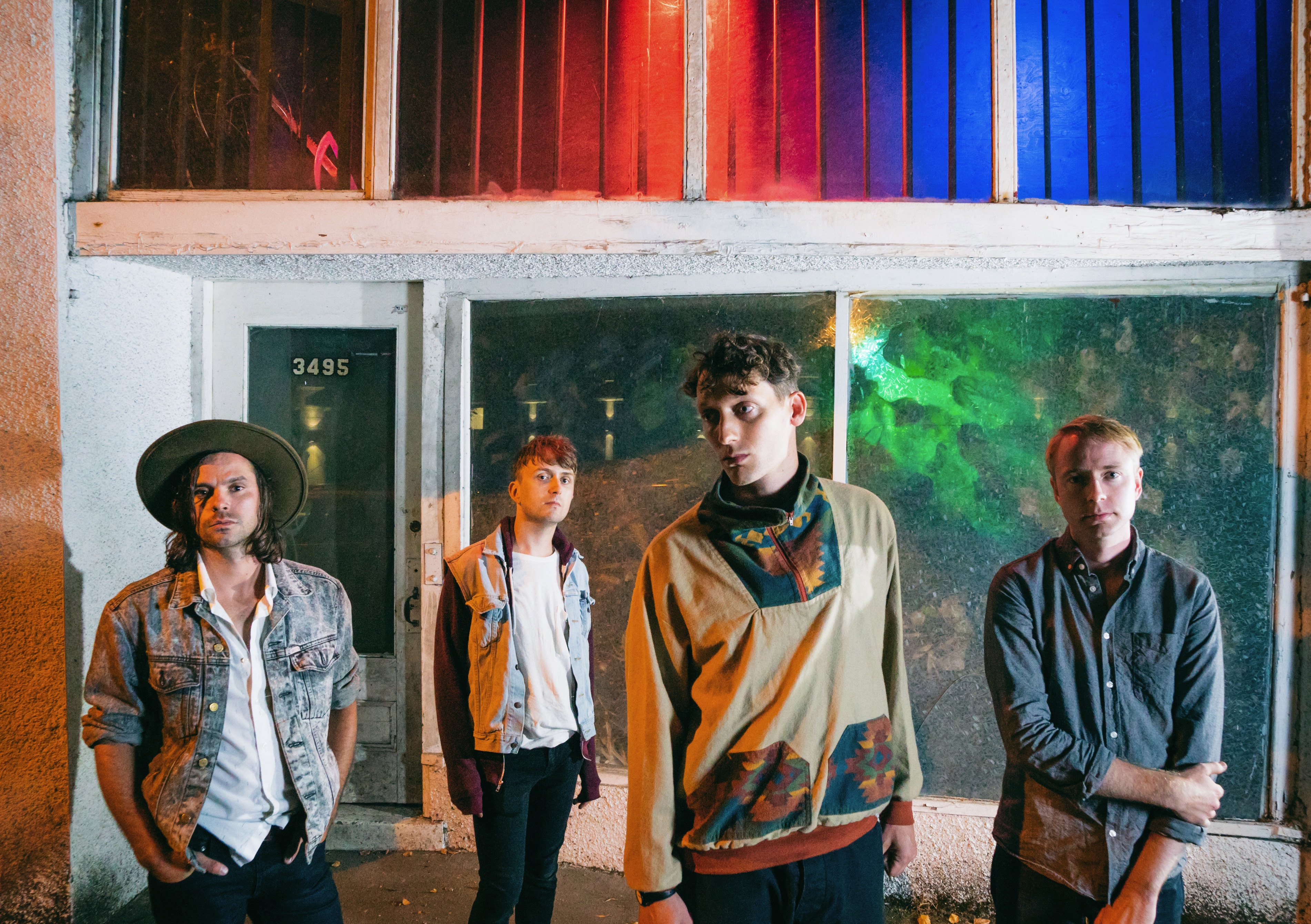 Canadian alt-pop outfit The Zolas were in Germany, and frontman Zach Gray had just finished a delicious lunch of spaetzle and mushroom sauce.  “I love Germany so much. Germany has been very good to us, I have nothing but gratitude right now,” he declares.  “I’m feeling very #blessed at the moment.”

And yes, that should be read “hashtag blessed.”  I laughed out loud.

Their brand new full-length album Swooner was released on March 4th, and is very different than their first two releases; “This is the alternative pop record of the year; if I was only a listener, I would be super excited about this album,” Gray laughs. “It’s our ‘Kanye Moment.’  As a Canadian, that’s about all the self-promotion I can muster.”

“This is the album we’ve been wanting to make for a long time.  We’ve always wanted to make pop music that felt experimental and felt like it was about something.  This is also the first album we produced ourselves, so we had the freedom to go down the rabbit holes,” explains Gray.  “I was surprised when people told me it was a huge departure from the last album; to me it feels like a gradual progression.”  Listeners will believe they’ve died and gone to synth-y alt-pop heaven. “We wanted to write some bangers,” he adds. “It’s what we were into at the time.” Mission accomplished, y’all.

The title track is an all-out celebration of women, the inspiration for which Gray derived from a rather unusual source.  “To me, when you think of the word ‘quarterback’, and you’re thinking about life and work, to me, the quarterbacks are always women. A year ago, I was on a plane watching, “Mulan” for the first time, I wasn’t really into Disney as a kid, but I was bored, so I watched it. I realized that Mulan was the most badass Disney princess; she gives the fewest shits about guys, she wears the most clothes, there’s not really a Prince Charming,” Gray says with a laugh.  “I realized that my life is full of Mulans.”

The album also explores what Gray calls a “cross-section of conversations you hear when you’re young and you’re living in the city”.  Another fine example of this is “Get Dark”—where he sings lines like “Takes a little emptiness to feel complete” and “Feel most alive when my phone is dead/All my true friends are within reach”—a song about life when you’re away from home, and how tend to view the world we know as the only space that seems to exist.  “It’s about a sense of feeling disconnected from the world when you’re away from your everyday life.  There are lots of ways you experience that, but one small way is the panic and freedom that comes when your phone dies,” he says with a laugh. “It brings out qualities in you as a person you might no show as much, because you’re alone.  You can even reinvent yourself if you want to.”

The Zolas are touring to support the album, and as of the date of this interview, they had no plans to make a stop in the Music City…or do they?  “Let me ask you a question.  If I came to Nashville, percentage-wise, what are the chances that I would run into Dolly Parton?” Gray, who apparently is a huge fan of the feminist icon and legendary songwriter, asks with a laugh.  I’m going to try to write enough massive hits that she has no choice but to call me.  That’s the goal.”

Gray and his bandmates will, however, be appearing in Austin this week to perform at music mega-fest SXSW. “We’re looking forward to barbeque! It’s such a zoo—last time we played there, we played in an airplane hangar. There are several bands I want to see as well, you never know what’s going to happen or who is going to show up,” he says.  “We have at least four shows to play, I’ve always wanted to be busy at SXSW!”