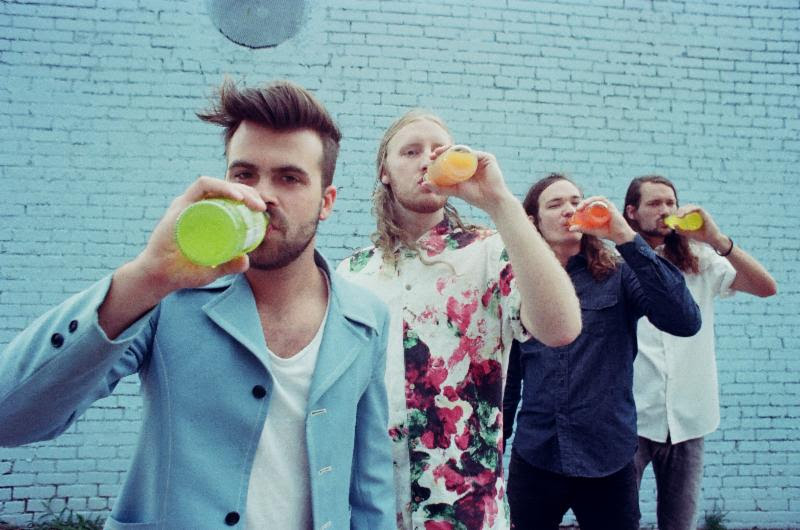 I met with Nashville-based rockers The Gills at their practice space in a local warehouse district, a cozy room packed with copious amounts of gear and wall-to-wall personality.  Inspiration for the band, who is about to release a self-titled album (their second full-length project), began in Pensacola, Florida during frontman Jesse Wheeler’s teenage battle with leukemia; from that period of difficulty came a desire for him to pursue his musical passions. He joined forces with friends Matt and Andy Prince (drums and bass respectively), and eventually decided to make the move to the Music City.  “My brother and I used to visit here—as soon as he turned 16, we took a road trip to Nashville for a week.  When you grow up elsewhere, Nashville for a musician is like ‘oh my gosh, what’s it going to be like?’ We went to shows every night, it didn’t even matter who was playing.  It was incredible.  As we were doing the band thing in Florida, we had visited Nashville enough to know where we wanted to end up,” says Andy.  “We felt like we were running in circles, playing the three local bars there in town all the time; it was time for a change.”

After the move, The Gills added native Kansan Justin Locke (guitar) to the lineup; for the last couple of years, they’ve shared stages with bands like Manchester Orchestra, The Front Bottoms, Pujol, and El El, and wrote their forthcoming album together.  The record, due on April 29th, is ten tracks of straight-up snarling rock n’ roll, a refreshing change from the plethora of garage rock and indie rock offerings currently flooding the Nashville scene.  “It’s what happens when you’re a band for a long time, and you’ve fought and you’ve had good times together.  A lot of aggression was coming out, and it’s just the way we ended up playing the new songs,” explains Jesse.  “We used to write these elaborate songs that were difficult to perform live; for this album, we wrote really simple three-chord songs, and it brought back the fun for us.  I think this record is us being the punk band we never got to be when we were kids,” adds Andy. “We aren’t a punk band, we’re a rock band, but the feeling that we got when we started playing those songs was fantastic.  We spent way too much time trying to be Pink Floyd or something that we forgot to just have fun.  These songs are fun, fast, hard, and loud.”

According to Andy, the album’s attitude is typified in the third track, “Rubberband”; “We always put that one at the beginning or the very end of our set, instead of letting it get lost or forgotten in the middle.  It always gets a good reaction,” he says.  “Whenever we used to make records, we would be so tired of playing the songs after a while that we would hate them.  This one isn’t like that at all, we love playing it.”  “It’s about wanting something to take off and wanting to hang on to it,” explains Jesse.

The Gills, whose fans range from the young to the young at heart, are known for their

high-energy live shows.  This week, the group will travel to Austin for music festival extravaganza SXSW.  “We haven’t toured in a while; we lucked out and are official SXSW artists this year.  We’ll be legit!” laughs Andy. “We’re also doing the Music City Big Break tour with some other bands, it’s mostly regional, and doing some more touring this summer.”  The band also plans a release show at  Little Harpeth Brewery in Nashville on April 1st—ironic, as the last track on the album is named “April Fool’s”–where there will be food trucks and a Gills-themed “Lemonade” brew for the event.  “They don’t make anything that isn’t good,” says Jesse with a laugh.  “Whether you like us or not, it’s going to be fun. We love making music. It’s going to be a good year.”